As of Friday 553 Greenwich residents had tested positive for COVID-19, according to Greenwich Health Dept.

That was an increase of 14 over the previous day (539), and reflected a smaller increase than earlier in the week, when there were three days of surges.

Between Monday and Tuesday alone, the number of Greenwich residents testing positive increased by 70 patients. The Greenwich Health Dept said the surges were partly attributable to lags in data.

Still he warned, “This is not the time for us to ease up on our vigilance of maintaining social distancing, wearing facial coverings and gloves when in public. To do so is a prescription for a continued infection of our population.”

“We are encouraged to see last three days with some improvement, but it’s only three days,” said Diane Kelly, COO of Greenwich Hospital during the call. “We are realizing these improvements because of public social distancing and it’s really important that people continue to do that.”

Ms Kelly said Friday there were 16 patients in the ICU, with 15 on ventilators.

At Greenwich Hospital there were 104 COVID-19 positive patients being treated, and, to date, 247 patients have been discharged to finish recuperating at home.

Ms Kelly said that when a patient is discharged, the best ways to prevent them from exposing their families to COVID-19 is through proper hand hygiene and wiping down surfaces.

“We encourage people to be mindful of as much personal distancing as they can when they’re in the home,” she said. “Really good hand washing, using masks when in the same room, not using the kitchen at the same time.  If you’re able to, use separate bathrooms.” 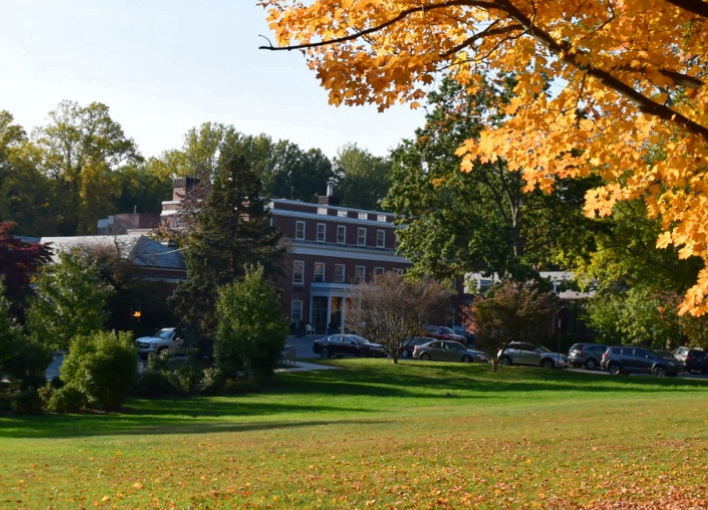 On Thursday Governor Lamont released numbers of patients and deaths in nursing homes across the state.

On Thursday Lamont said precious days may have been lost with nursing homes, though Connecticut was one of the first states not to allow visitors.

“It’s tragic,” he said. “Nursing homes have been a home of the pandemic in virtually every state out there. We have about 40% of our fatalities in nursing homes. In Massachusetts it’s about 50%. This is not unique to Connecticut. We have done okay, but we have to do a heck of a lot better.”

Josh Geballe, CT’s Chief Operation Officer, said the state has had to adapt to significant changes in CDC guidelines, and that alternate sites for nursing home patients, which were being started from scratch, would be opening up over the weekend.

Nursing home fatalities include seven deaths in Greenwich – three at the Town’s Nathaniel Witherell facility and four at Greenwich Woods, which is privately owned.

Camillo noted through his directive, the Town’s Senior Center was closed early in the pandemic, and that the Town’s Emergency Director Dan Warzoha is in contact with the nursing facilities on a daily basis.

Friday, Greenwich has unveiled a new public service announcement on its website which outlines some of the services available to residents while Town Hall remains closed through May 20.