“We were told the surge would be in mid-April for our area, and that’s what’s happening,” Camillo said on a press conference call Tuesday afternoon. “It’s not totally surprising.”

Earlier in the day, after Camillo and the heads of the Police Dept, Fire Dept and GEMS finished their daily task force meeting at the public safety complex, Camillo said, “It’s better to be safe than sorry. We strongly suggest wearing gloves and masks, and keeping a distance.” 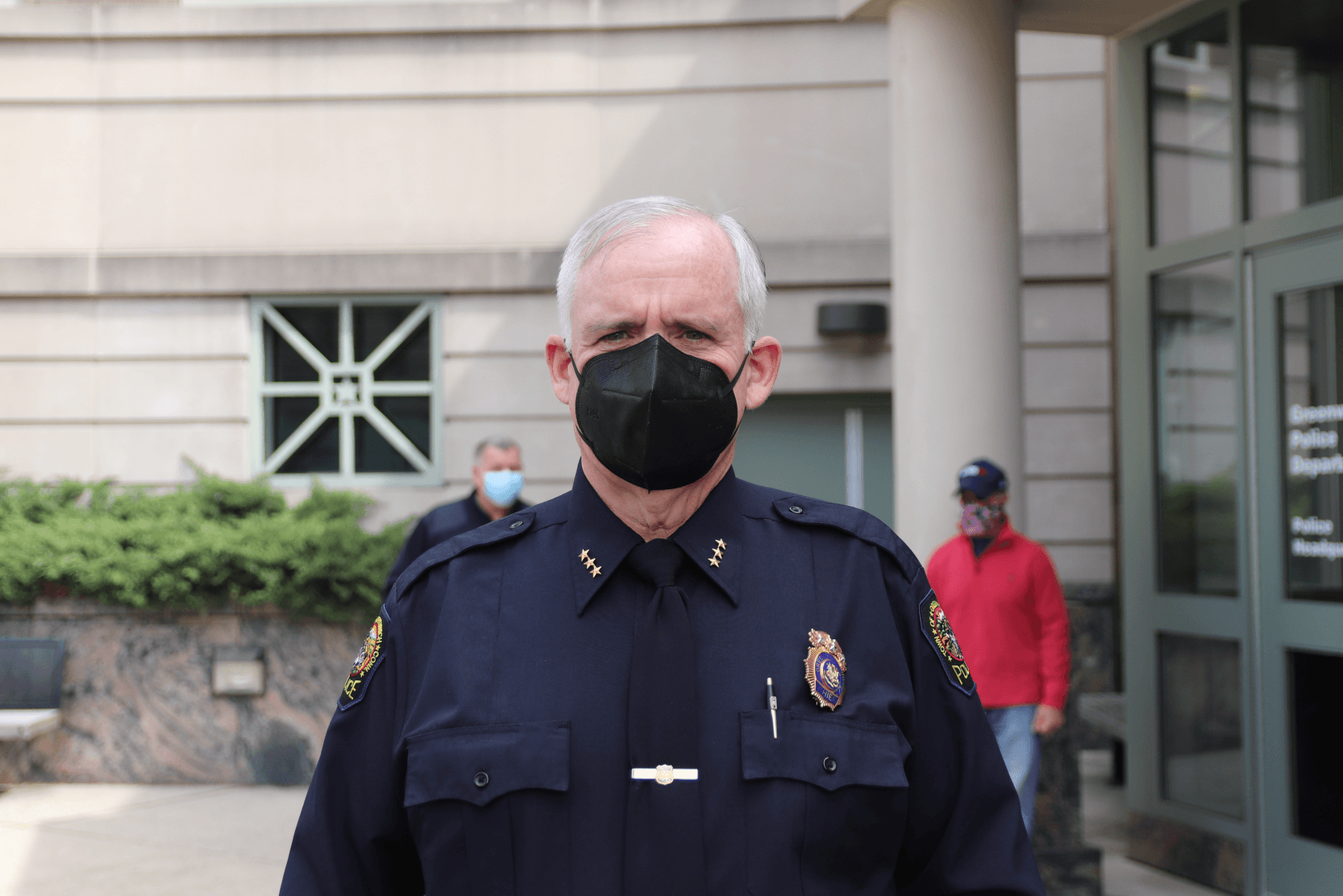 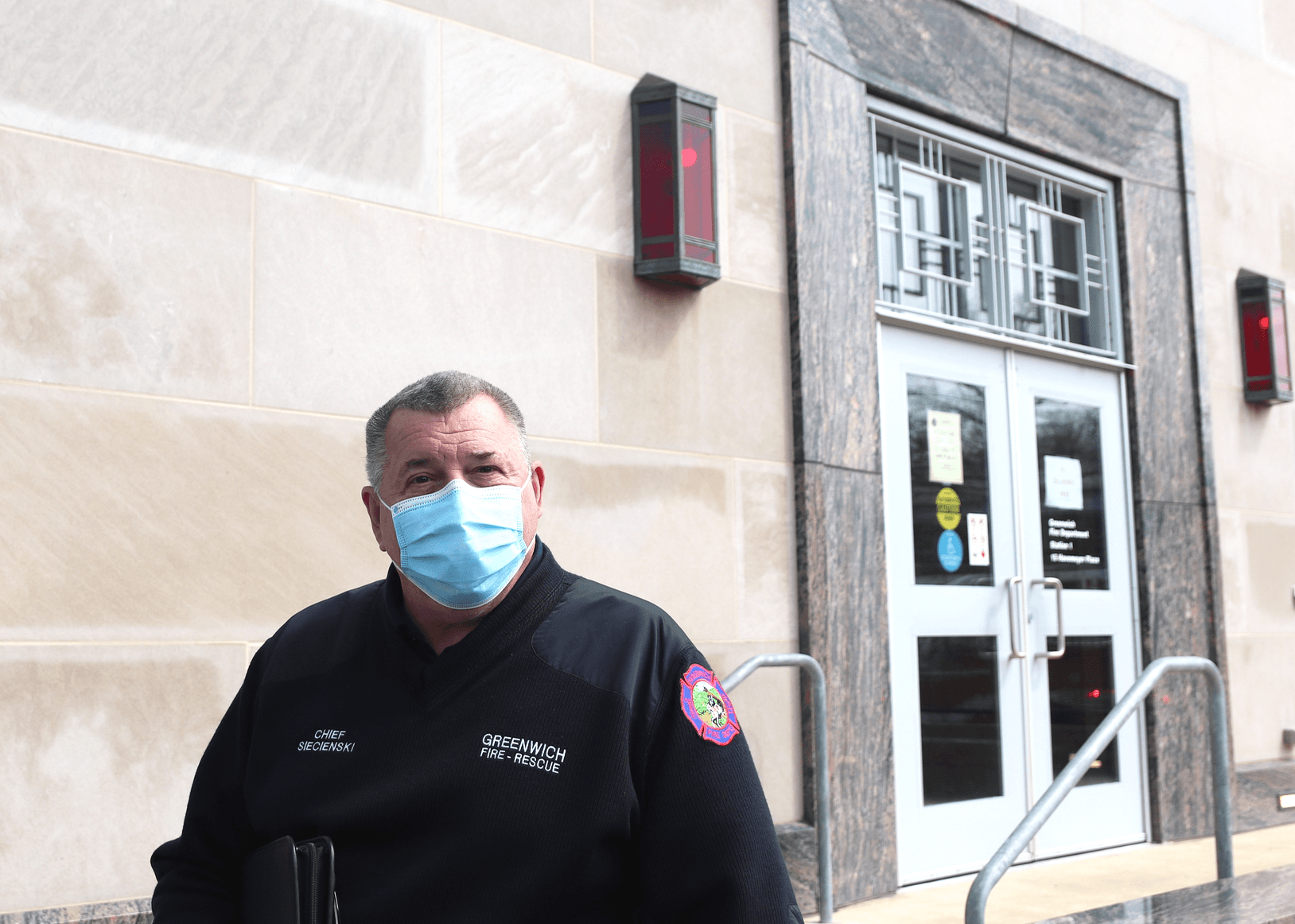 “Just because people have a mask on, social distancing does not stop,” Siecienski said.

Head of GEMS Tracey Shietinger said, “Wash your hands. If you go to the grocery store, you still need to wash your hands with soap and water for 20 seconds – even if you used Purell.”

“Wash your hands every time you touch something that doesn’t belong to you.” – Patrick O’Connor GEMS Director of Operations 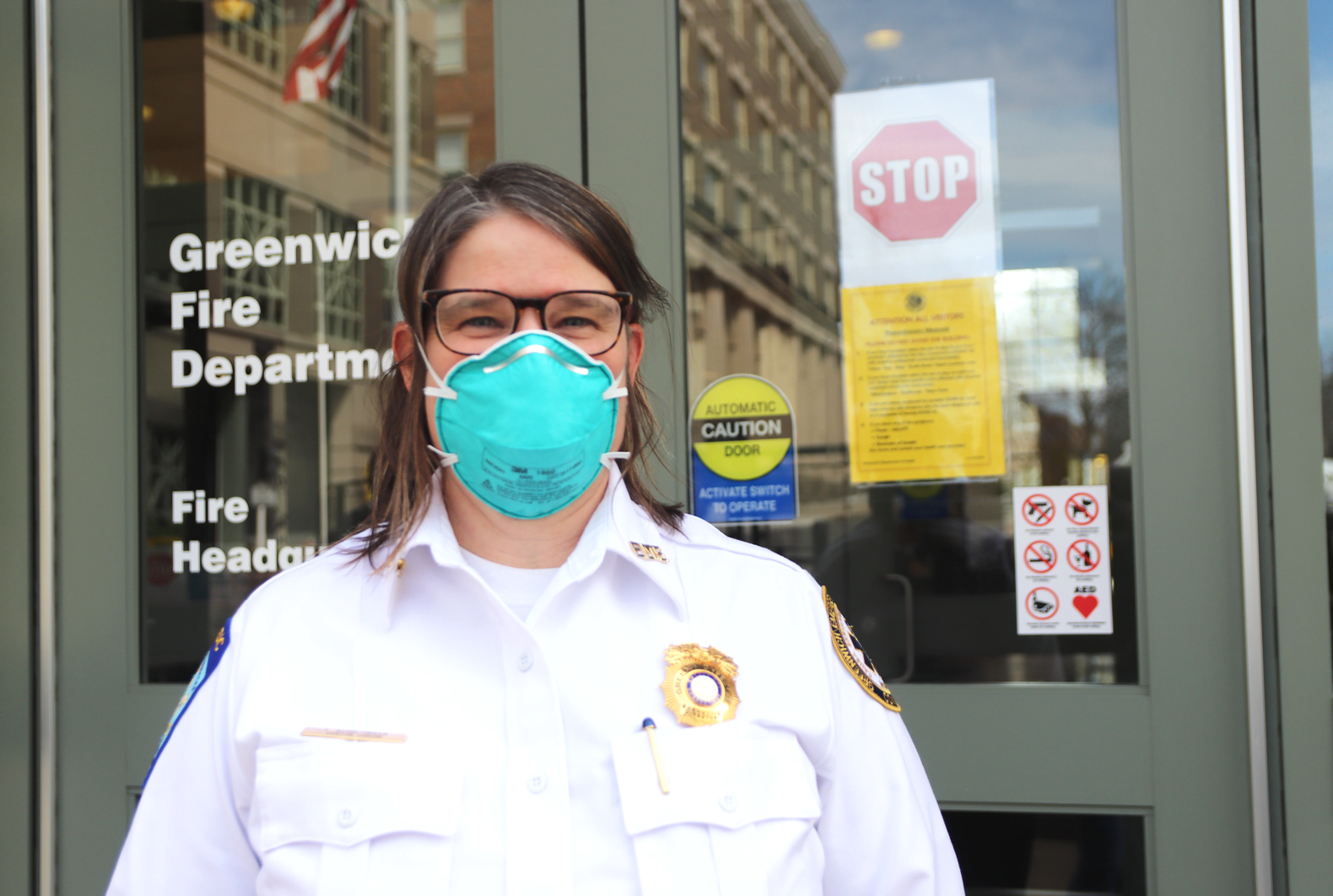 Camillo agreed. “When you touch money, you were always taught to wash your hands. With any touchable surface, you have to look at it like touching money.”

Camillo said Tuesday’s jump in numbers is a reminder to remain vigilant, wash hands frequently, wear gloves and continue to wear a face covering “whenever outdoors, whether it’s for a walk in your neighborhood, getting groceries or visiting the pharmacy for medications.”

That said Camillo noted face covering advice is a “suggestion.”

Camillo’s town-wide directive covers for food-service and grocery workers, and requires them to wear both facial coverings and gloves while at work.

This week, he said it remained a “suggestion” that residents wear gloves and face masks when they enter any building open to the public.

As for residents reporting violations of the First Selectman’s executive order closing town parks, Camillo said if one or two people are walking through a park, it’s not necessary to alert authorities.

Camillo said it’s easy to keep a bandana, handkerchief or flag in your pocket.

“I’ve been making them out of handkerchiefs. If I can make them anyone can,” he said.

Camillo said he’d heard personal stories from friends who had COVID-19 and recovered.

“It’s a mystery as to why so many people can ward it off and yet it’s troublesome for others,” Camillo said. “The race is on for a vaccine and for treatments.”