On Wednesday, Replublican BOE member Peter Bernstein who is working to petition his way onto the November ballot after being passed over by the RTC on July 25 has filed an application for an ex parte temporary injunction to bring and end to what he claims are efforts to interfere with his petition by Republican BOE candidates Jason Auerbach, Peter Sherr and Randall Smith.

Additionally, Bernstein is seeking from the Town of Greenwich a two week extension of the Aug 9 deadline for collecting signatures. 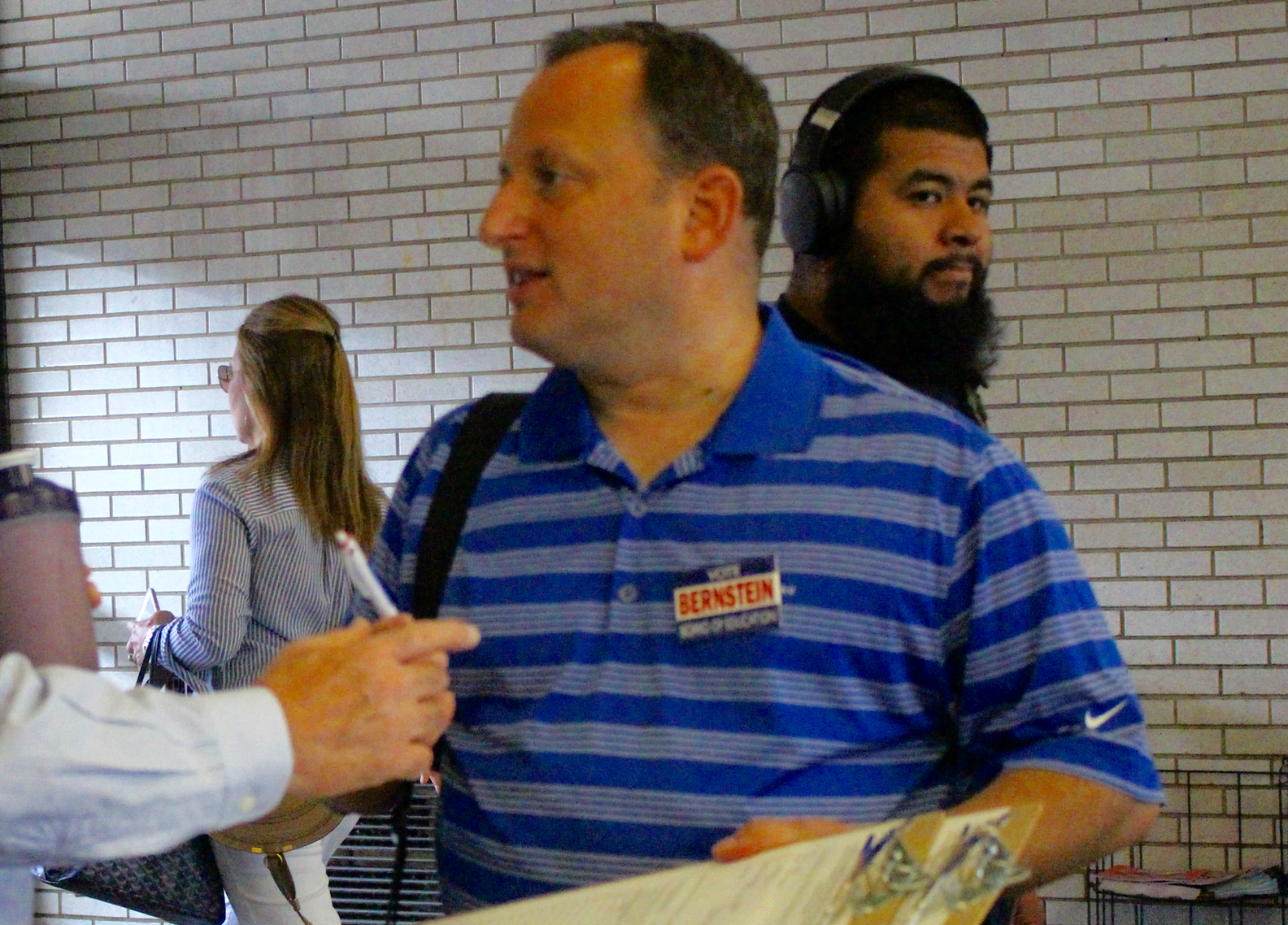 Peter Bernstein seeking signatures for his petition to get on the ballot for the November BOE election. July 28 at Greenwich train station.

Bernstein’s attorney, Robert Russo is hopeful that the CT Superior Court District of Stamford and Norwalk will take swift action on this application.

Mr. Bernstein on Wednesday morning said simply, “I am focused on continuing to collect signatures to make up for the lost time.”

All were advised that Russo & Associates, LLC attorneys at law are representing Bernstein in relation to behavior described as “improperly hindering, harassing and otherwise interfering” with Mr. Bernstein’s attempts to lawfully collect petition signatures, thereby infringing on his constitutional right to free speech, and those of Greenwich voters.

In an email, Russo said the papers served seek an injunction against the recipients continuing to “harass and physically intimidate” Mr. Bernstein.

Reached by email, BOE chair Peter Sherr said, “I’m focused on the work of the Board of Education, our leadership team and improving outcomes for Greenwich kids everyday. I have no comment on his suit.”

The papers also require other defendants named in the matter, the Town of Greenwich, Greenwich Town Clerk and Republican Registrar of Voters for Greenwich, and CT Secretary of State to extend the the time Bernstein can collect signatures.

The application is for ex parte temporary injunction, which means Bernstein is seeking immediate relief without a hearing.

The complaint was electronically filed with superior Court in Stamford at about 1:00pm on Wednesday.

News of the injunction followed the day after the RTC issued a statement about impeding a petitioner’s access to the ballot.

The statement read, in part, “We, the officers of the RTC, do not condone any obstruction to one’s right to have their name appear on the ballot. Whether a candidate is petitioning for a primary or to simply be included on the ballot in November, no one has the right to impede their access to obtain the necessary signatures. Any such attempts are simply wrong and not in keeping with the virtues of democracy.”