Chocoylatte, a newly-opened gourmet chocolate shop on 121 E. Putnam Ave., held its ribbon cutting ceremony Thursday afternoon, announcing its opening to the Greenwich community. The new store is in the heart of Cos Cob, and sits just across the street from CVS.

The new addition to Greenwich’s burgeoning gourmet food industry first introduced itself to the community with its grand opening Tuesday, but the ribbon cutting Thursday represented the store’s official start of business. The event was attended by over 50 customers, as well as First Selectman Peter Tesei and State Representative Fred Camillo.

Tesei cut the ribbon on the new store, speaking to the addition it would make to the local community.

“If you look around, this is a place that is unique, and a place that will bring people together in our community,” Tesei said. “As a resident, about a few blocks up the road, I’m excited about it. I know all the people here are, and we wish you tremendous success as a family business opening here.” 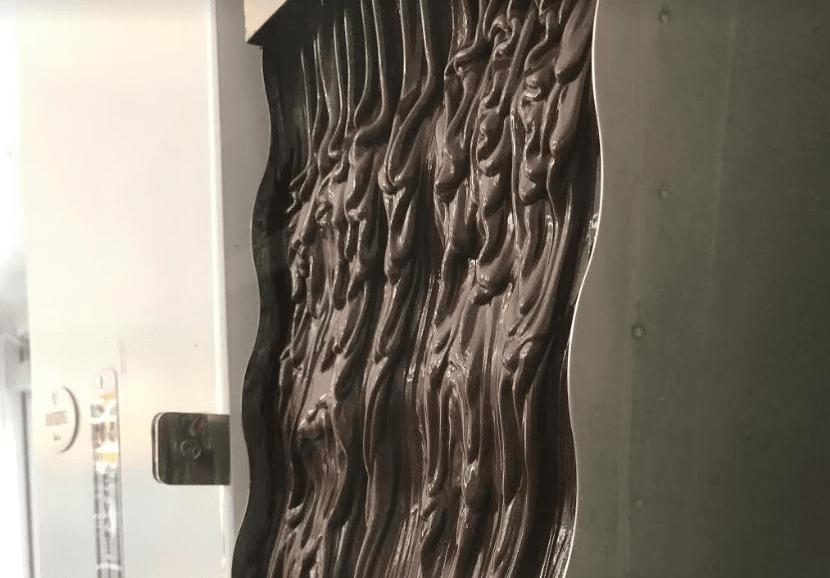 The shop is the creation of Kelly Dantas, a Greenwich resident who moved to the US from Brazil around 10 years ago. Dantas, who is a self-proclaimed lover of chocolate, said that in the process of opening the store she traveled all over Europe and tried 180 different suppliers of chocolate to determine what products the store would carry.

“We will always have something different, a new concept,” Dantas said. “We have items here that aren’t in the market, like the truffle cakes – that is our creation.”

The idea for the interior of the store was also long in the making, with ornate floral tiling and bright orange seats and cushions, and an enormous chandelier lined with teacups hanging from the ceiling. Dantas says the store’s interior was inspired by what she saw traveling in Europe. She hopes for it to be a family environment, where customers can sit down and enjoy the store’s countless desserts. 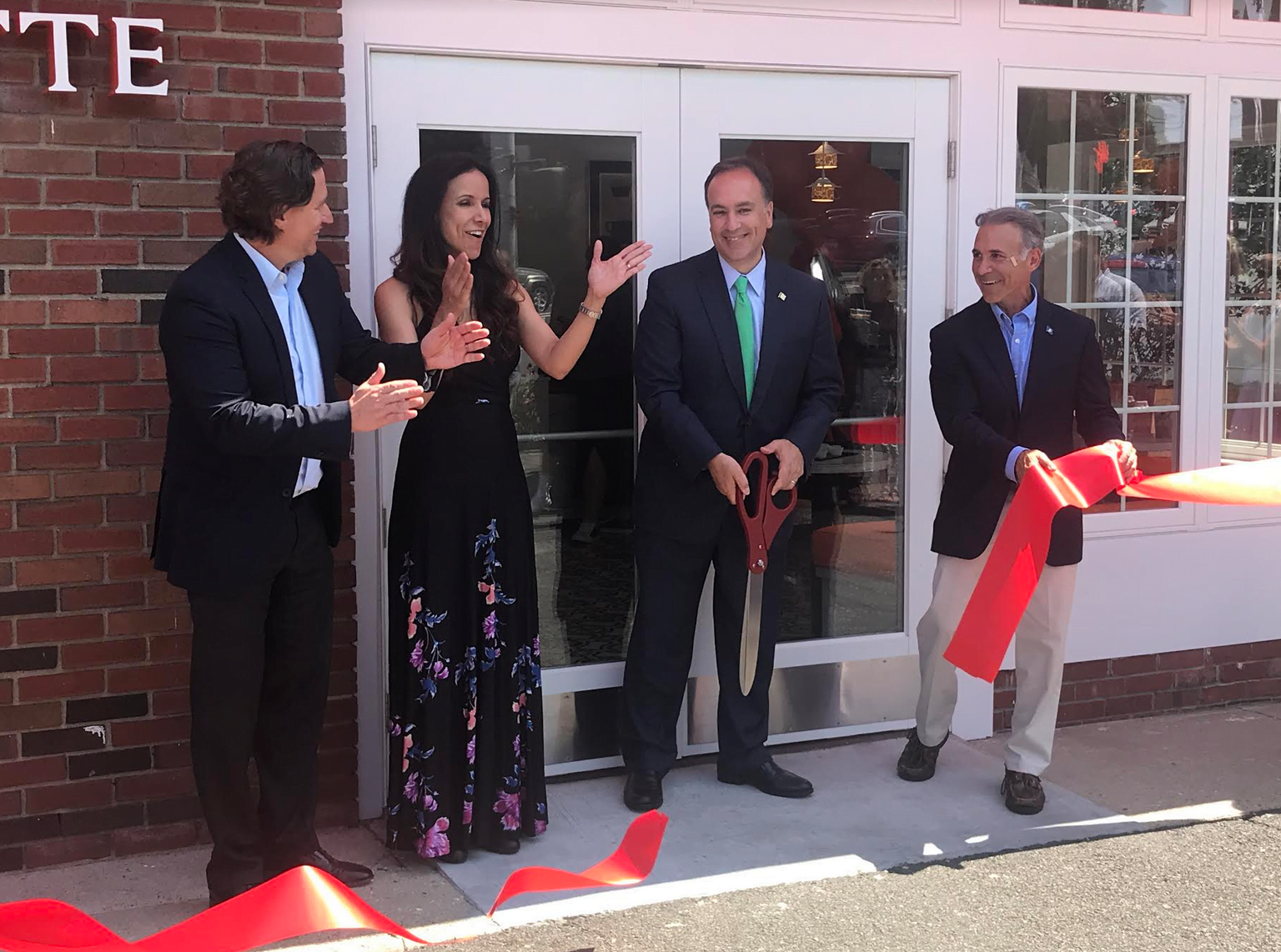 First Selectman Peter Tesei and State Rep Fred Camillo at the ribbon cutting for Chocoylatte in Cos Cob on July 25, 2019 Photo: Benjamin Rosenfeld

Perhaps the centerpiece of the shop is the chocolate wall fountain, which Dantas says kids are particularly drawn to, but also represents what makes the store unique.

“Our fountain is the symbol for what we are because we don’t use cacao powder here, just the bars and chips,” Dantas said. “So we have to melt the chocolate to be able to do the drinks and desserts.”

Dantas’s husband Ken Mahoney also helped to open the store, but said his wife’s love for baking, and chocolate in particular, was what got the idea off the ground.

“It didn’t really start off as a business idea, it really started off as just that she just enjoyed cooking and watching people’s reactions,” Mahoney said. “And then the next thing you know, she said ‘there really could be a business here.’”

According to Mahoney, as with any new business, the last few months have been extraordinarily busy for Dantas, the staff and himself. 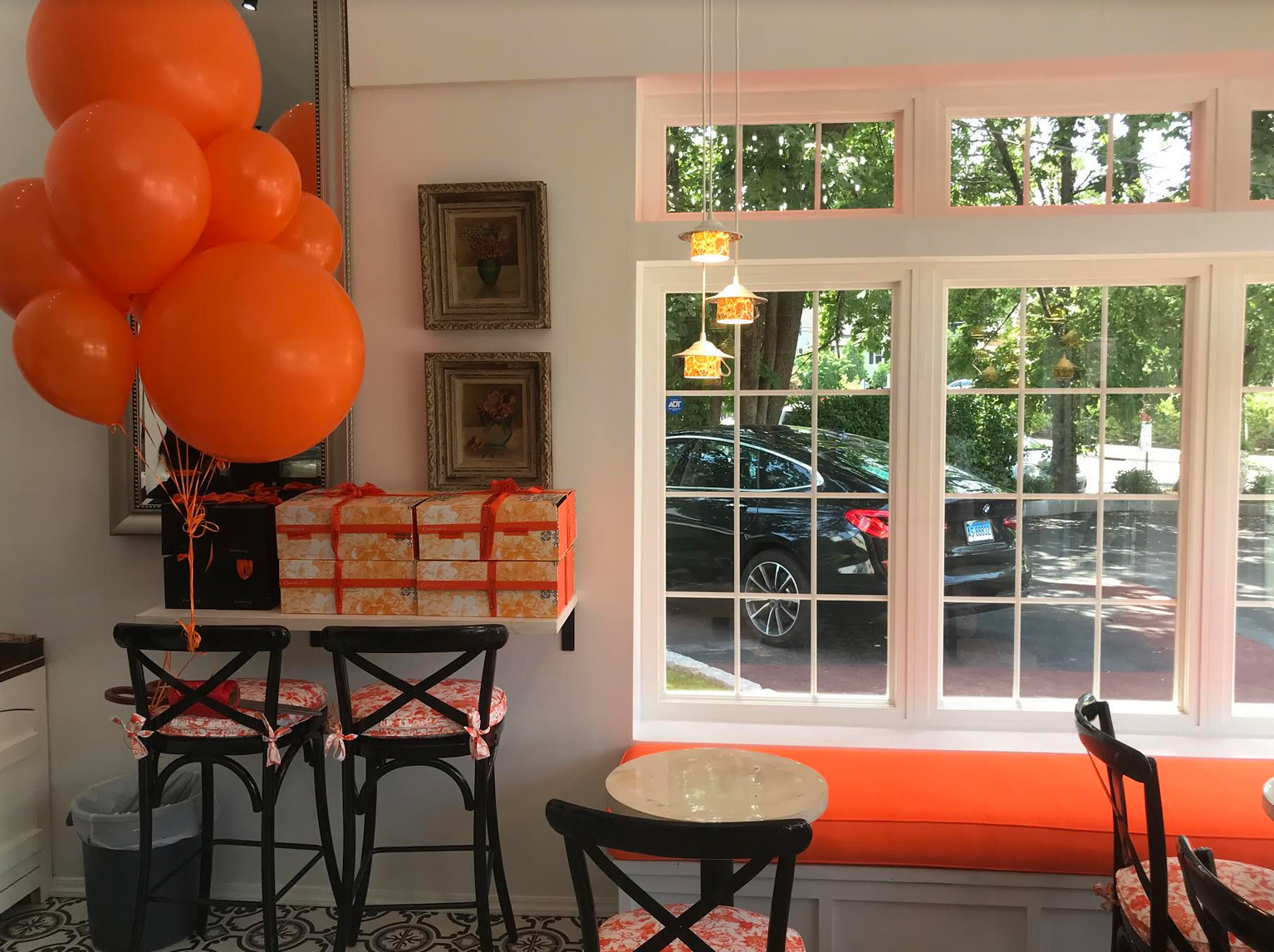 Interior of Chocoylatte in Cos Cob. Photo: Benjamin Rosenfeld 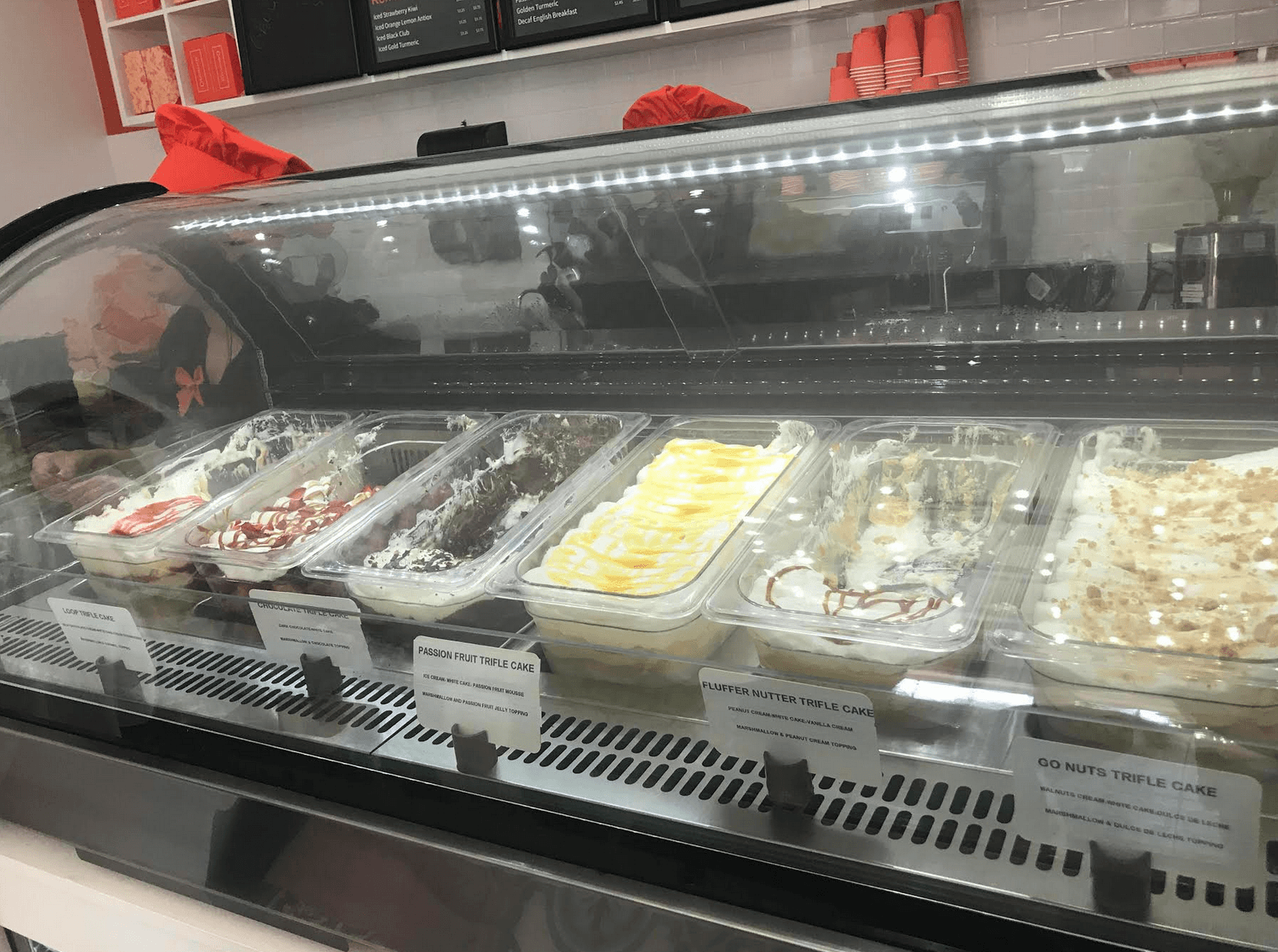 “There’s a lot of blood sweat and tears,” Mahoney said. “I actually tip my hat off to other companies or businesses out there with how hard it is to get things off the ground – to get things where you want them, from lighting to plumbing, to staffing to vendors. It’s a lot of coordination.”

Another bump in the road to the store’s opening was a power outage on July 8th, which caused the originally planned grand opening to be postponed by two weeks.

Since it opened its doors Tuesday, Chocoylatte has seen great support from the community. In fact, Mahoney said based on the success the store has seen thus far, he and his wife have already considered a potential expansion of the shop’s kitchen.

But for now, Dantas simply expressed her gratitude for all the customers who have shown up since the store’s opening.

“It’s been five years of hard work, and I hope that everybody enjoys,” Dantas said just after the ribbon was cut. “Why Greenwich? As a resident, I couldn’t imagine any other place to have our first store.” 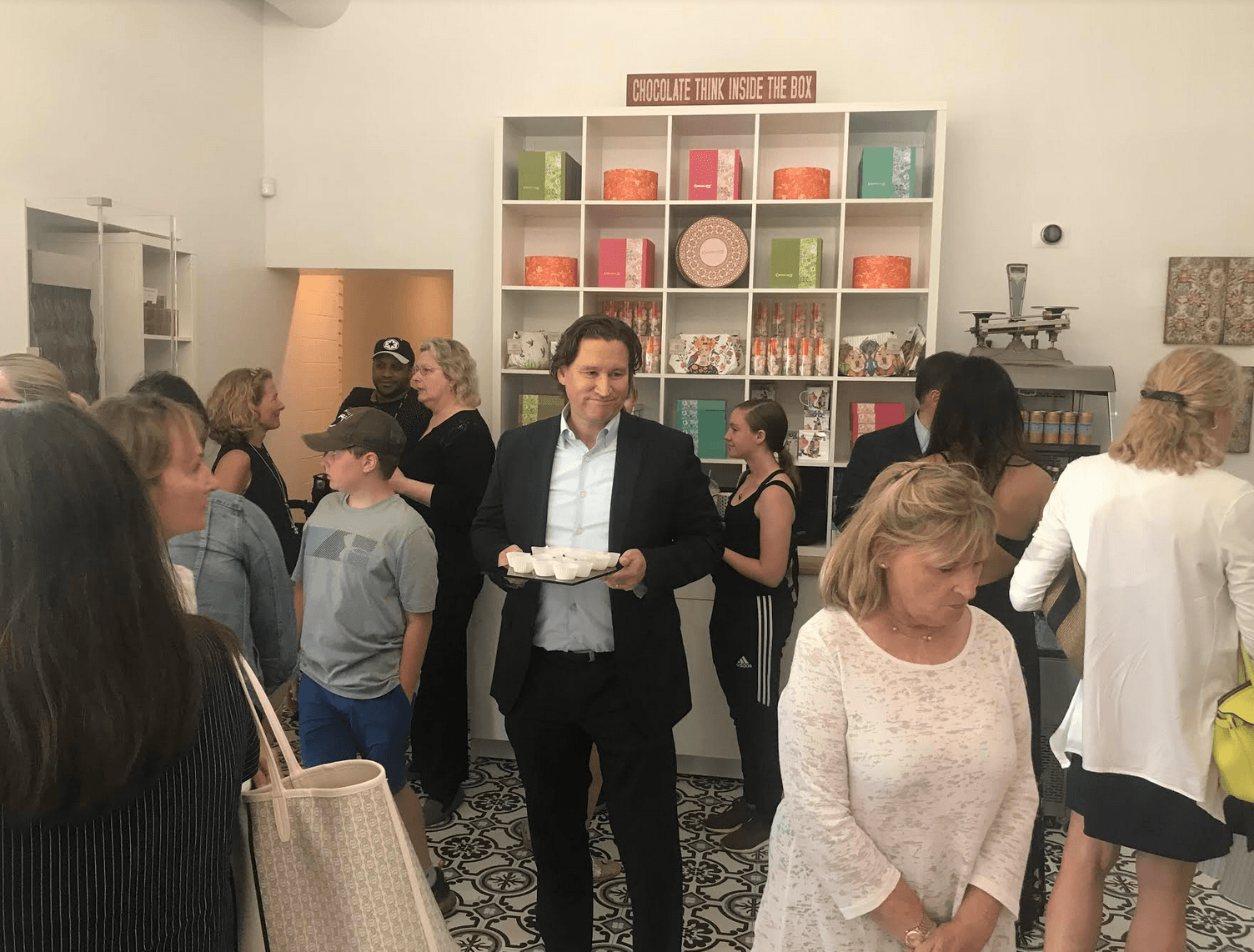 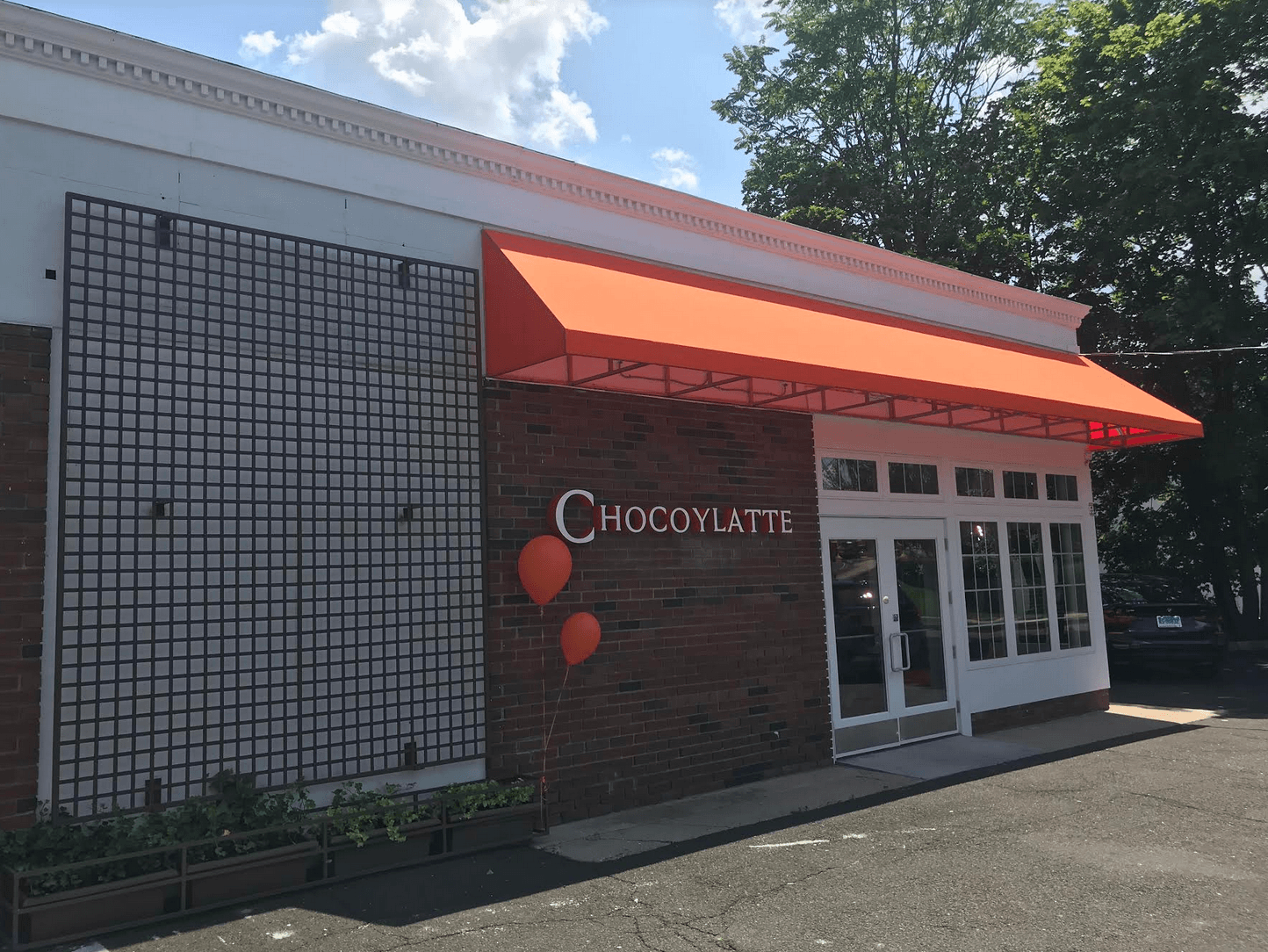 Chocoylatte is located in the heart of Cos Cob. Photo: Benjamin Rosenfeld