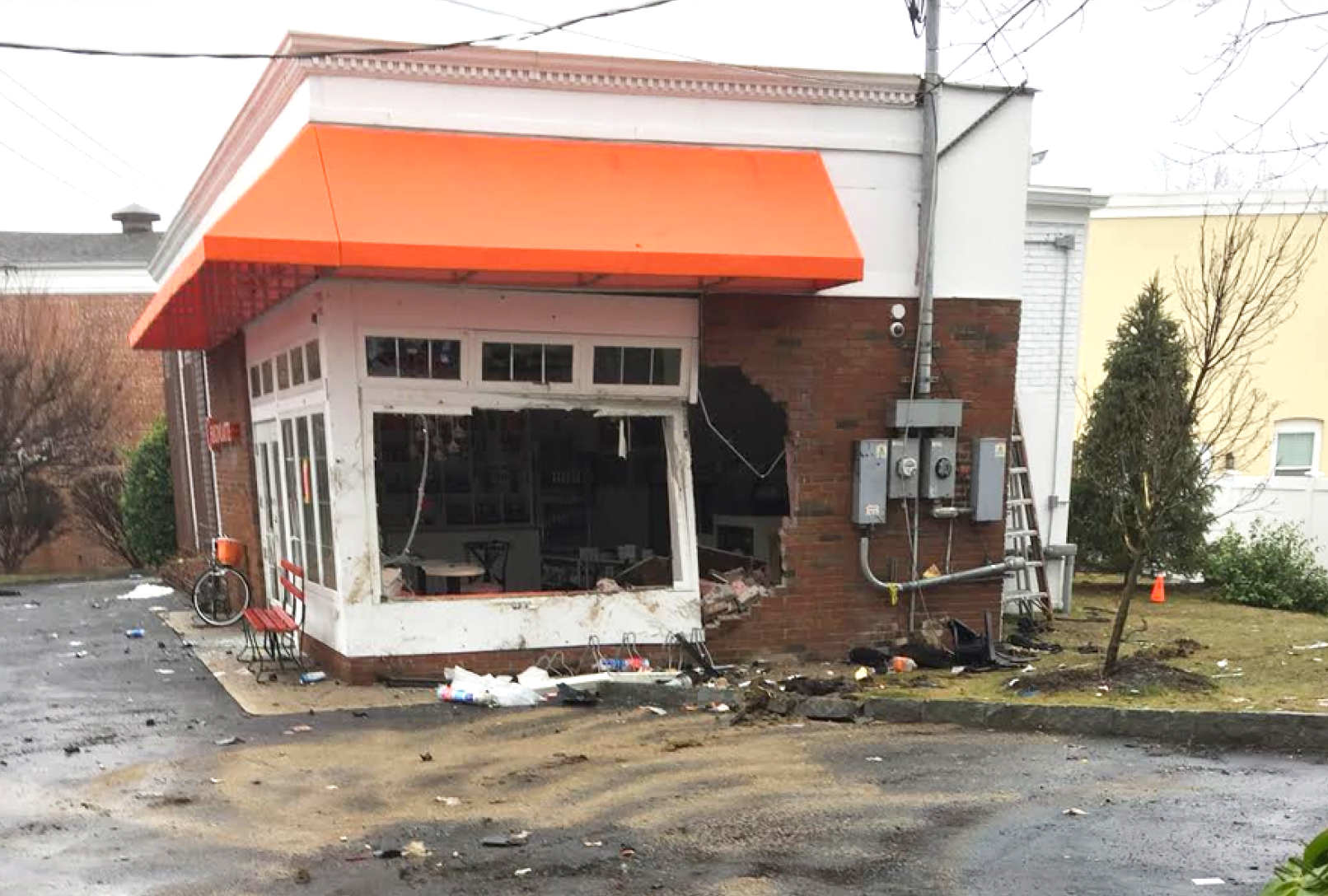 Correction, 11:30am: This story has been updated to reflect that Greenwich Police Captain Robert L Berry, Detective Division released an update saying Mr. Miller was 47, not 27 as per the original press release.

Original story, 10:39am: On Saturday morning, the driver in Thursday night’s fatal crash that destroyed a building  in Cos Cob has been identified by Greenwich Police as Andrew Miller, 47, of Bridgeport, CT.

Police say an initial investigation has determined that Miller was driving a 2008 Ford Taurus eastbound on the Post Road (US RT-1) in Cos Cob when the car left the road and struck a tree and Chocoylatte, the bakery and coffee shop that opened in July.

On Friday police announced that the driver had been extricated from his car and taken to Stamford Hospital where he died, but withheld his name until his next of kin was notified.

The collision is under investigation by the Greenwich Police Department’s Traffic Section. If anyone has any information concerning this incident please contact Officer Roger Drenth at (203) 622-8014.