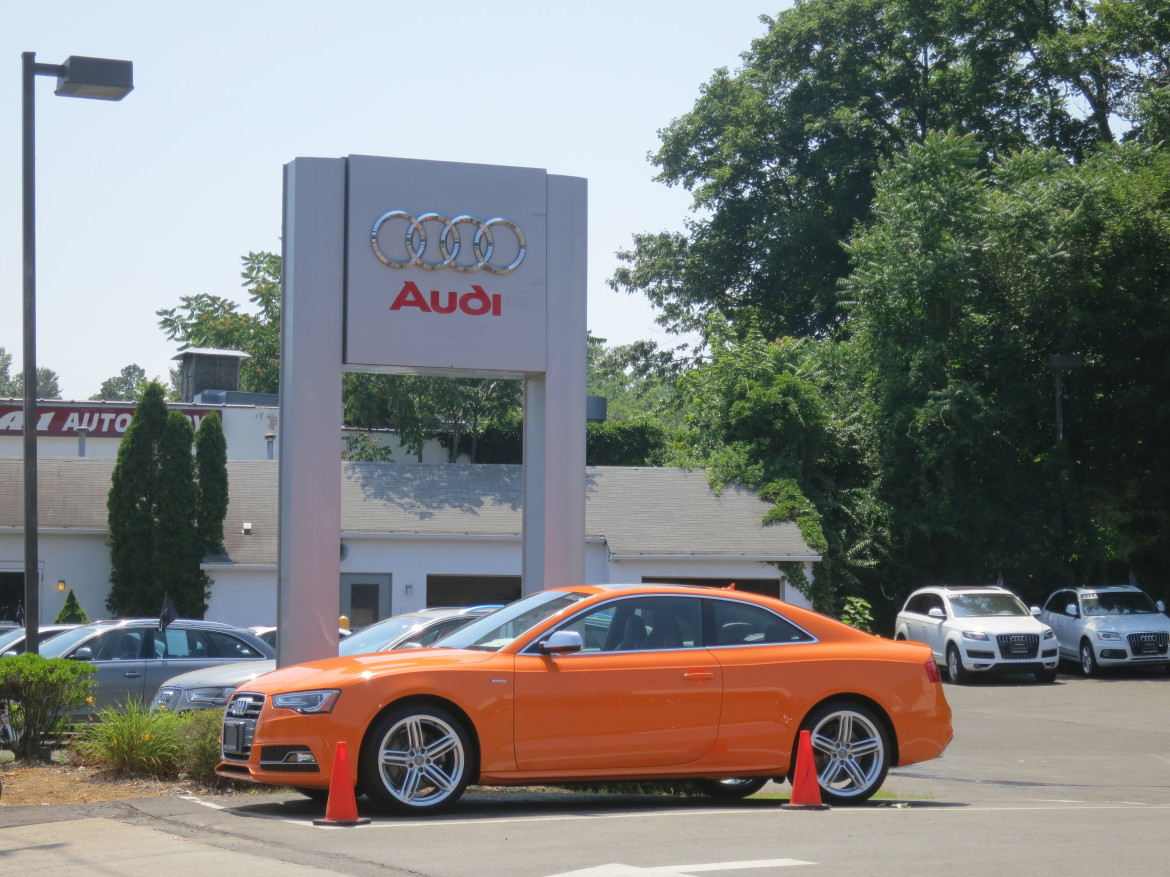 Before Planning & Zoning commissioners talked about guard rails, parking, screening or driveway aprons on Tuesday night, there was talk of the historic post office on West Putnam Ave, a relic of simpler times.

The old post office, with its weathered shingles, is preserved on the site of New Country’s Audi operation on West Putnam Ave.

Heagney noted that the Audi Sales building on the North side of West Putnam Ave has the old post office structure on it, as well as a car wash and office on west side of the property. Currently both Volkswagen and Audi service are on the south of West Putnam Ave.

“That was actually Pat’s Hubba Hubba where I would have to go get lunch for everyone for everyone that worked at Seymour Chevrolet,” Heagney said of the site of the current Audi sales building. “Because I was low man on the totem pole…” he started to say, when commissioner Fred Brooks cut him off.

“All these stories coming out now about everybody’s humble beginnings,” Brooks said. “Did you get your parents’ chauffeur to drive you to work that day?”

“No, he was busy that day,” Heagney replied. 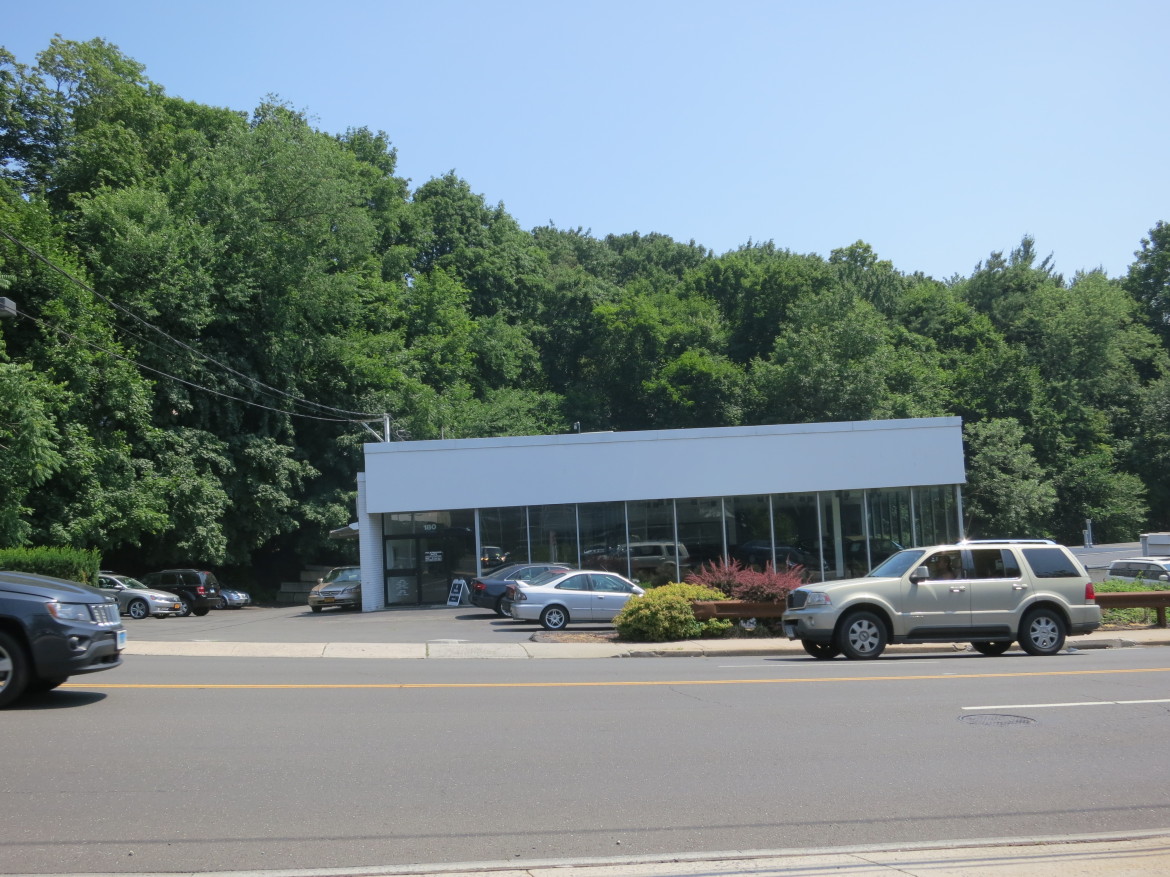 At the July 1 Planning and Zoning Meeting, attorney  Thomas Heagney mentioned the Volkswagen operation at 200 West Putnam Ave is set to close in a week’s time. Credit: Leslie Yager

Interrupted reminiscence notwithstanding, Heagney prefaced his review of proposed changes to the three New Country properties by saying that the owners planned to close the Volkswagen operation in a week’s time.

“Volkswagen is no longer going to be part of the mix here,” Heagney said. “The Volkswagon dealership is going to close next week.”

Heagney said Audi sales would remain housed on the north side of Rte 1 and that service would be on the south side.

The Audi sales building, on north side of Putnam Ave, is located in a historic overlay because the historic post office is part of the site. 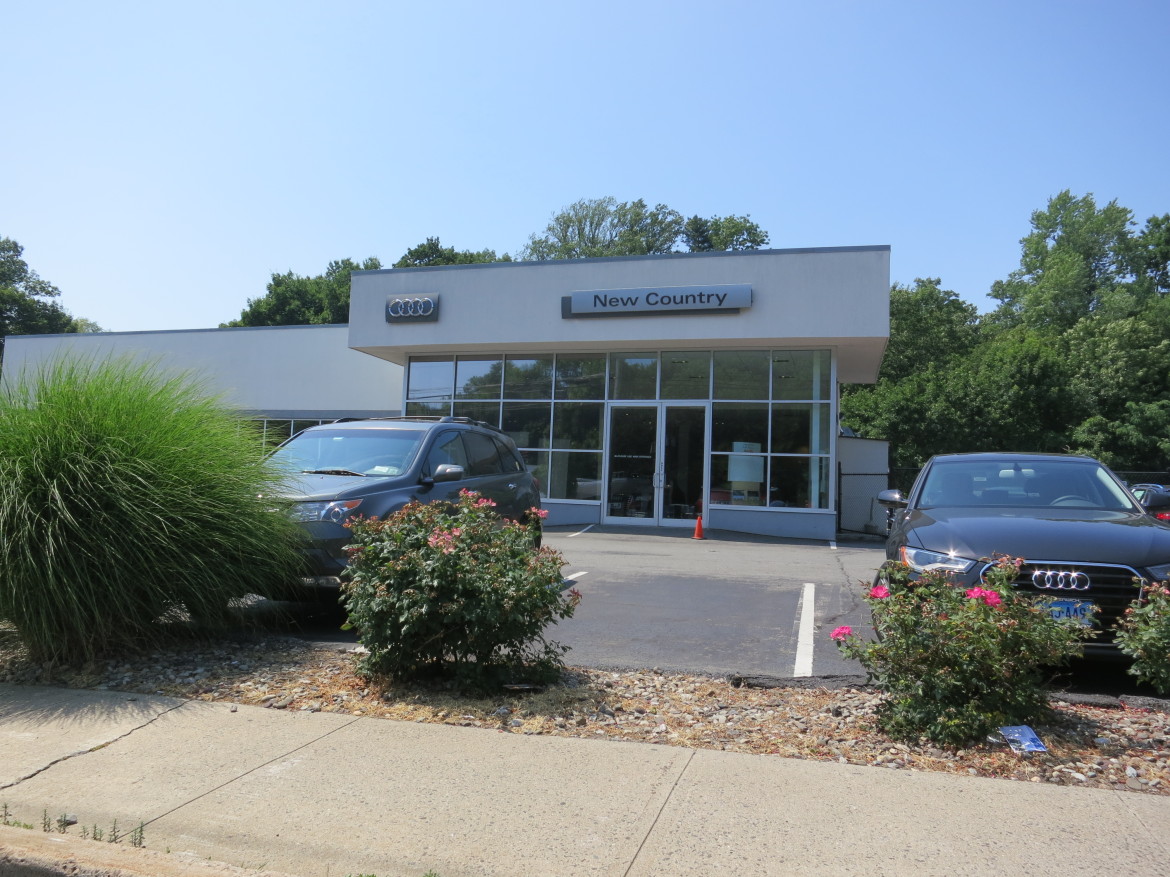 Audi sales building located on the north side of Putnam Ave at #181 West Putnam Ave., in Greenwich. Credit: Leslie Yager

Heagney said that every ten years or so, auto manufacturers require their dealers “spruce up” their stores and that the dealerships are creating more models. He described the space at the front of the dealership, where 3 or 4 cars are displayed as no longer adequate.

“We’ve seen what happened with Mercedes with the autohaus look,” said Heagney, adding that manufacturers are creating more models,”so the 3 or 4 models that can be displayed are not adequate and they’re looking to display more models.”

Mr. Brooks asked Mr. Heagney if he could provide the percentage of Audi customers from Greenwich versus out of town, and asked where are the closest Audi service centers.

Heagney replied that the improvements would be to better serve existing customers, and that although he didn’t have the numbers of local Greenwich customers versus out out town customers, he would get that information. He said the nearest Audi service centers in Connecticut are in Fairfield and Danbury.

Heagney said the proposed plan is for the front of the Audi sales building to be demolished then expanded, and include an addition of a ramp to a drop-off area for 10 vehicles, which was approved back in 2005 for an overall increase in the existing Audi sales building. 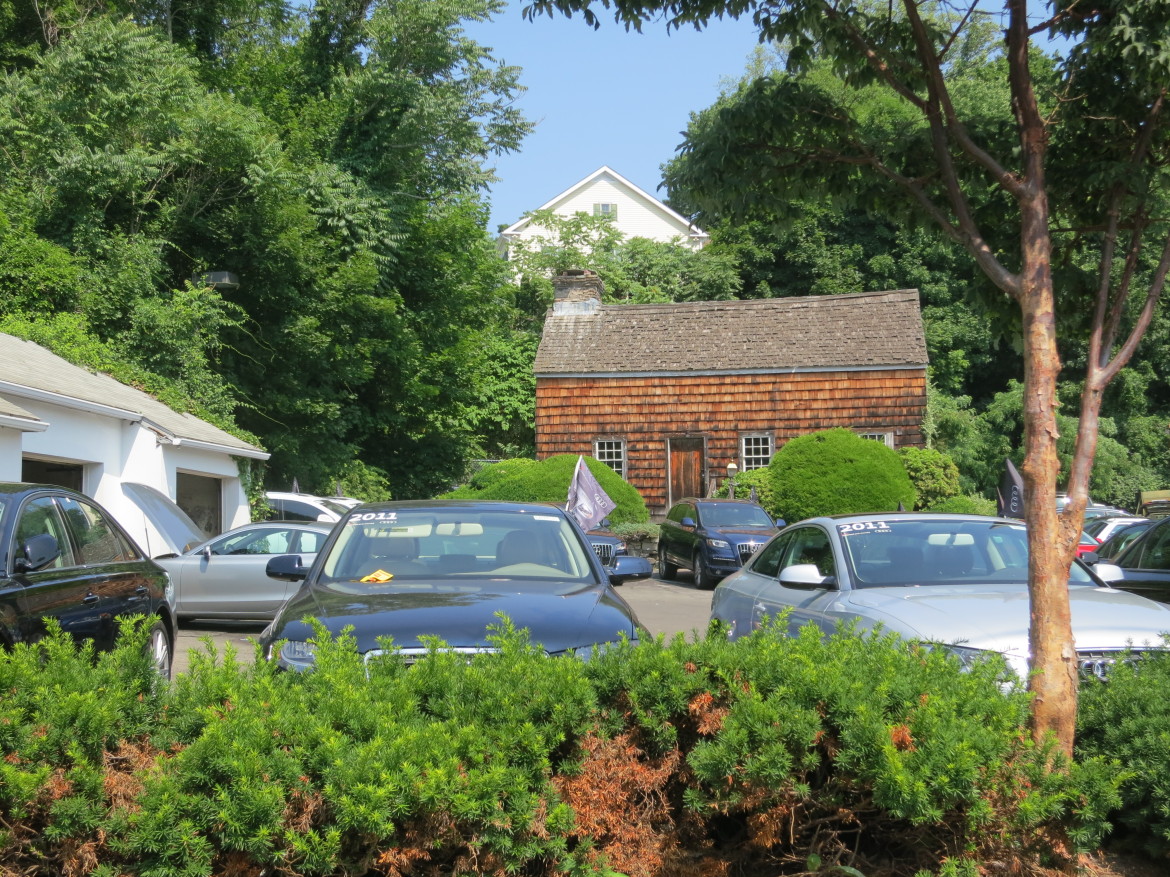 Before the commissioners delved deeper into the subjects of guard rails, car carrier capabilities, maneuverability, screening, parking and flow of traffic in and out of the dealership, it was established that the historic post office on the property, the John Addington House, had previously been rented out to a police officer, though it is currently empty.

According to the Historical Society, the first post office in Greenwich, built as a home around 1725 by the Bullis family, later became the house of Greenwich’s first postmaster, John Addington.

Attorney Tom Heagney said the property owners might entertain renting out the John Addington house, which again triggered the question of parking.

There was also discussion of where car carriers would park during construction, because currently all cars are delivered on site.

Heagney, who said that construction would be done in stages, agreed that further study of deliveries made by car carriers during construction is called for. He noted that the roadway is a state highway, and “we can’t just flare out the way we would with the standard apron that the town has.”

The three applications for preliminary site plans and special permits, were moved to final. The applicant will ask the Board of Appeals for variances and then return to Planning and Zoning with final applications.