First Selectman, Peter Tesei and members of his Economic Advisor Committee hosted  a delegation of leaders from Hangzhou, China on Tuesday.

Designated as a “sister city” to Greenwich and formalized a ceremony at Greenwich Town Hall, Hangzhou and Greenwich share the distinction of being small cities in close proximity to major urban centers with strong financial markets.

They also share a high concentration of  financial investment companies such as hedge funds. Leaders of the respective financial organization including the head of Hangzhou Hedge Funds Association and the head of the CT Hedge Fund Association were represented at the meeting. The goal of this new alliance is to promote not only commercial but cultural ties between the two cities

Native Greenwich resident and talk show host of Marvels of China: Pathways to the Pacific Rim, Jeffrey Bingham Mead stated that this agreement will “lead to other cultural exchanges” and it is a “win-win for everyone.” 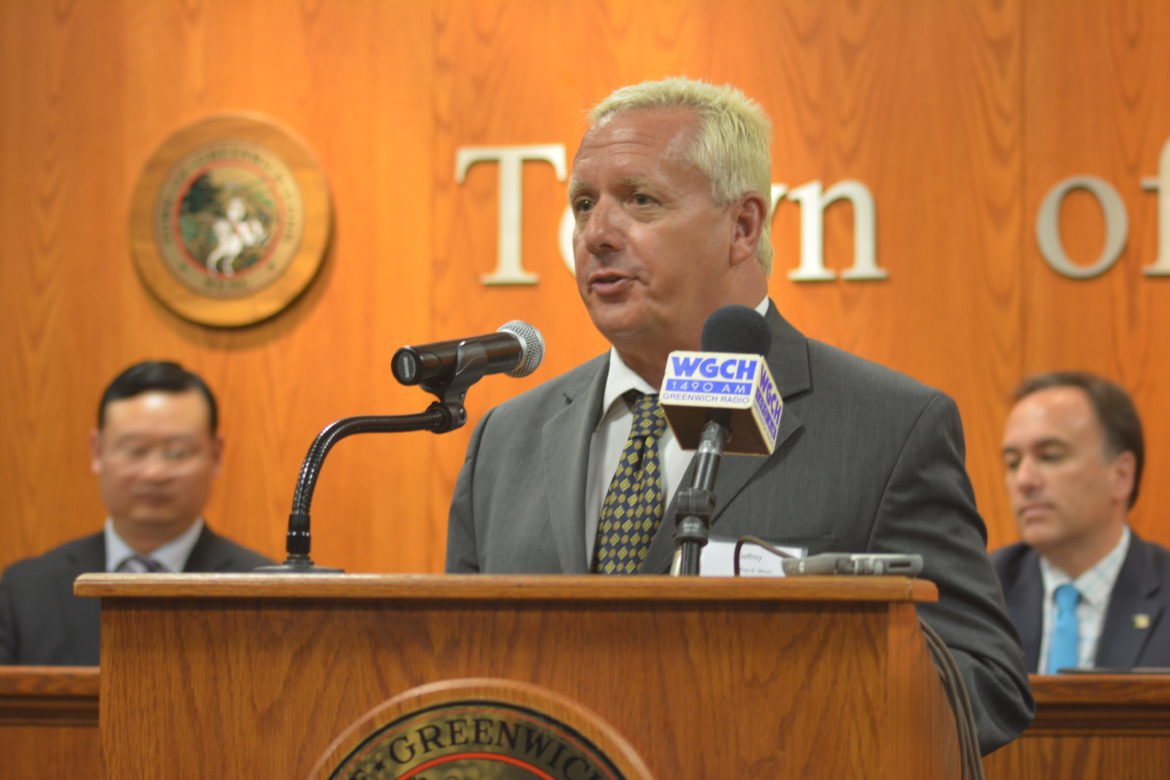 Jeffrey Bingham Mead voicing his support for the sister city partnership between Greenwich and Hangzhou. Photo by Brendan Boyd

There is hope this will provide great opportunities in the future not only for Greenwich and Hangzhou but for greater cooperation between China and the United States in general. 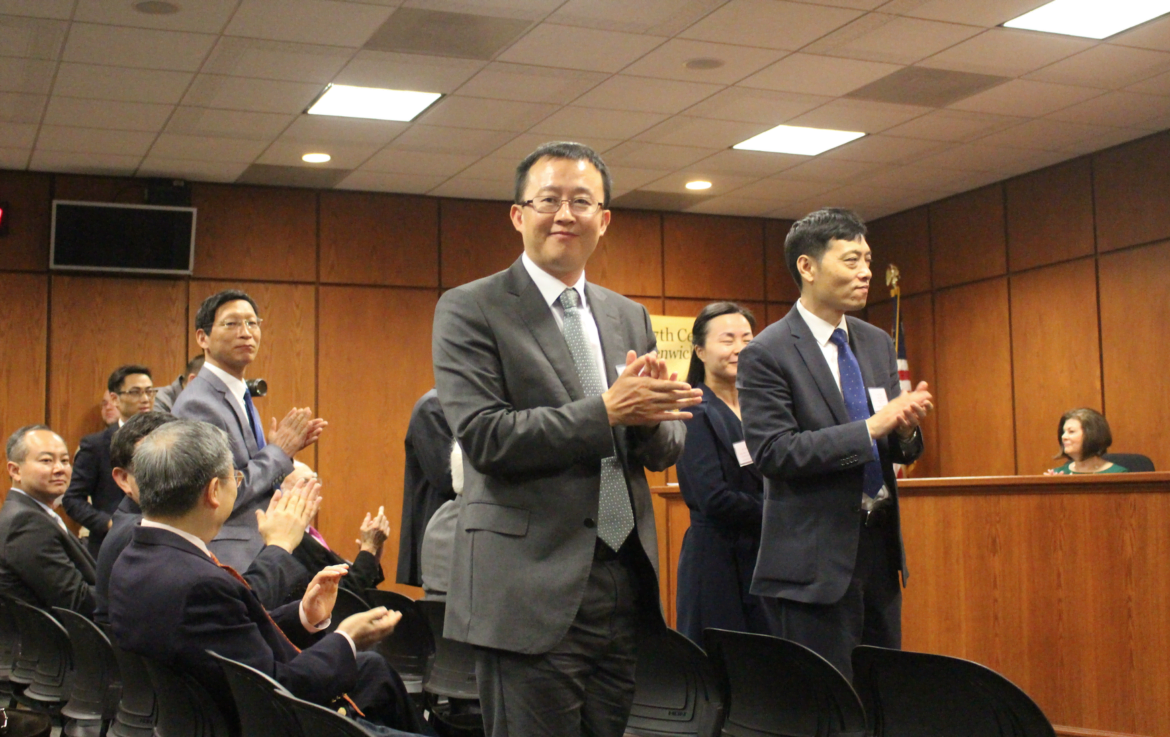 A delegation of about 20 men and women from China arrived at Greenwich Town Hall, Tuesday, May 23, 2017