It may be summer but it’s been a very busy month for P&Z Dept who are on track for reviewing 59 applications in July and ARC reviewing 26 applications. The result are some very long meetings, running well beyond midnight.

At Wednesday night’s ARC meeting, McDonald’s at 1207 East Putnam Ave brought their application for a renovation, but their hopes for a “fresh” look were dashed. Unfortunately for Mickey D’s, in the 40 years since the building went up in Riverside, much has changed.

The construction of the building its 1974 Golden Arches pre-dates current regulations and the bottom line is that once the golden arches are moved they can not be put back, even if scaled down. Nor can they be illuminated as they are currently.

“If you move it, it’s gone,” Ken Deck told the representatives from McDonald’s.

ARC members referred to the current landscaping as terrible and asked whether there were any plans to update the landscaping around the flagpole.  McDonald’s said their dilemma is they cannot afford to sacrifice any parking spaces, especially since that location right off exit 5 interchange of I-95 does not have a drive-through.

The ARC said the massing of the old bushes looked like “big blobs” and doesn’t fit the building. They said if McDonald’s plans to go through all the effort to redo the building, it wouldn’t make sense not to re-do the landscaping.

The ARC asked who erected and owns the fence at the back of the McDonald’s lot. If it’s McDonald’s fence it, should be turned around to give the neighbors good side and lower it to a max of 6 ft. Because behind McDonald’s is a residence, the property line was described as “sensitive.”

The decision on the application was to return and bring more details on landscaping, fencing and lighting.

The good news for McDonald’s was that the ARC agreed with their proposed architectural changes, which include removal of the mansard roof and overhang and expand the amount of glass, making the doors ADA compliant and “softening the whole front of it.”

We plan to use matching brick and add the element of cultured stone along the entry ways to “update the branches and clean up the whole look,” said the McDonald’s representative by way of a summary. 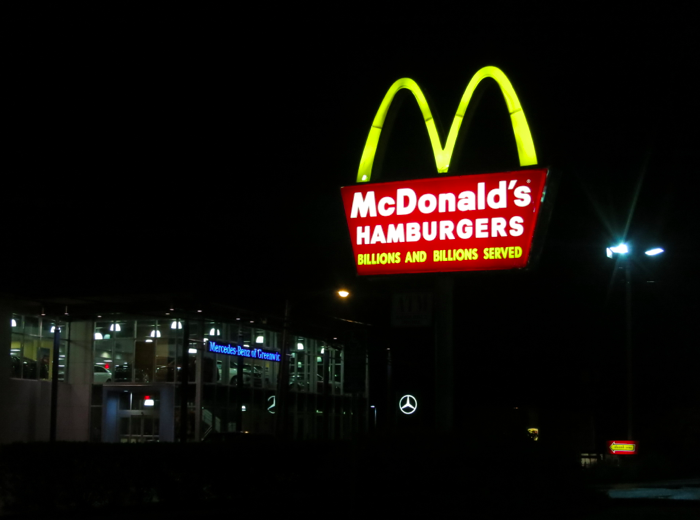 The other McDonald’s in town is 268 West Putnam Ave. A view at night. Credit: Leslie Yager 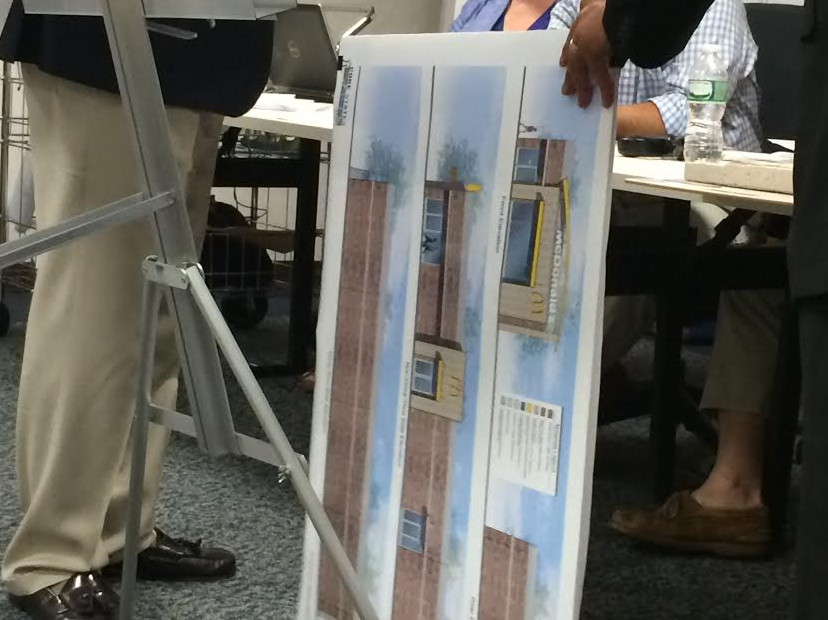