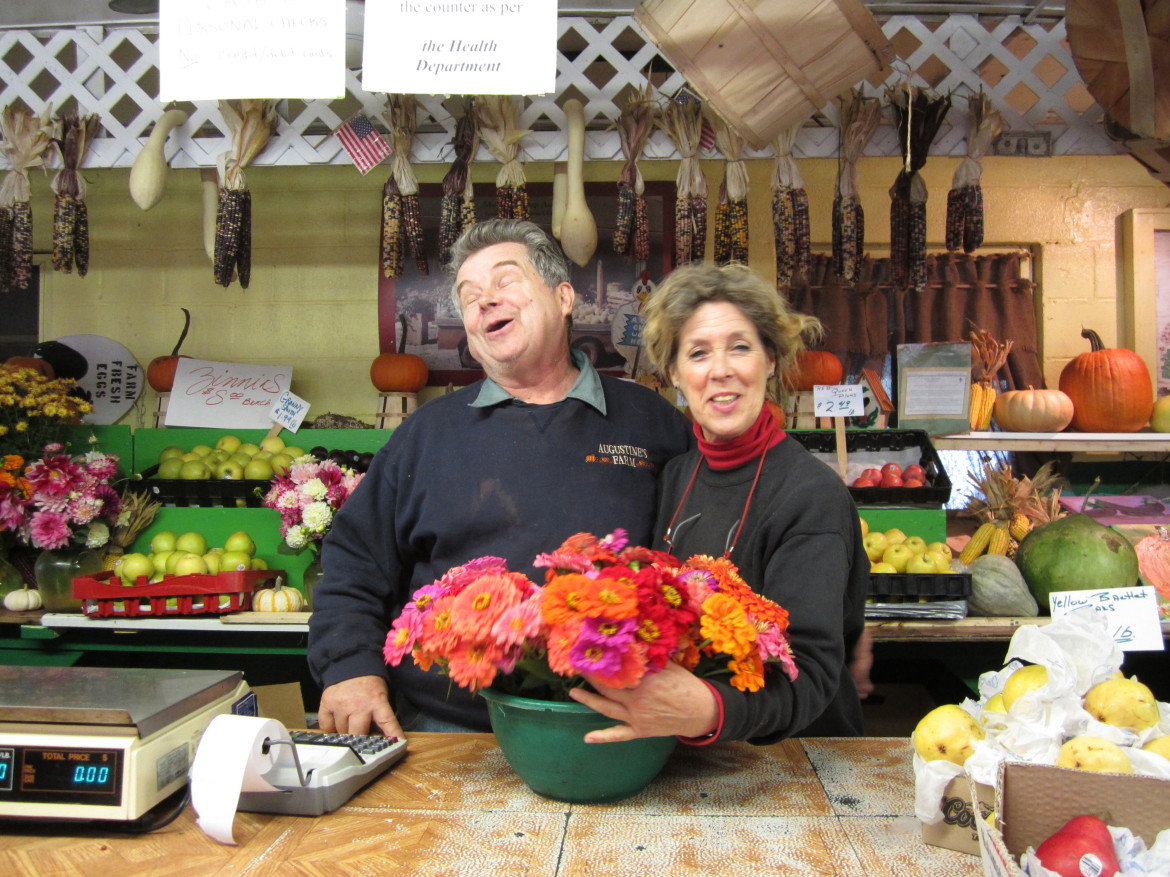 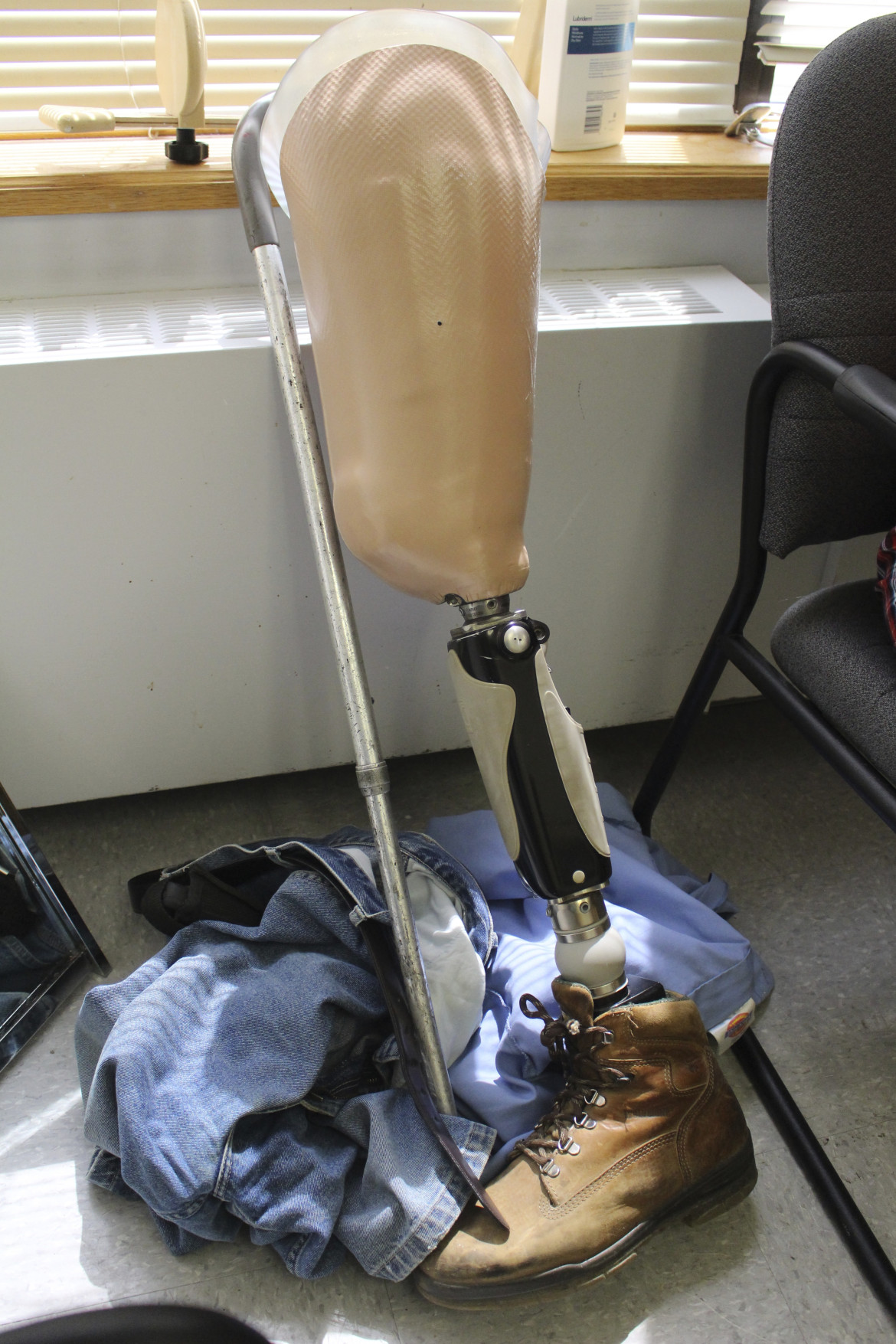 Up at Augustine’s Farm on King Street in Greenwich, John and Kathy love their farming life. Though Farmer John had a tractor accident that nearly took his life several years ago, once he was in the clear, it surprised no one when he returned to ride the tractor once again.

But the accident left John to cope with a heavy prosthetic leg.  Still, John rides the tractor and plants the annual crops of eggplant, tomatoes and the corn that he and Kathy are known for.

This summer John is in the process of getting a new prosthetic leg, which is being made by David Bow, CPO of New England Orthotic & Prosthetic Systems in Stamford.

Don’t call David a doctor because he is not. He is a Certified Prosthetist. CPO means certified in prosthetics and orthotics. 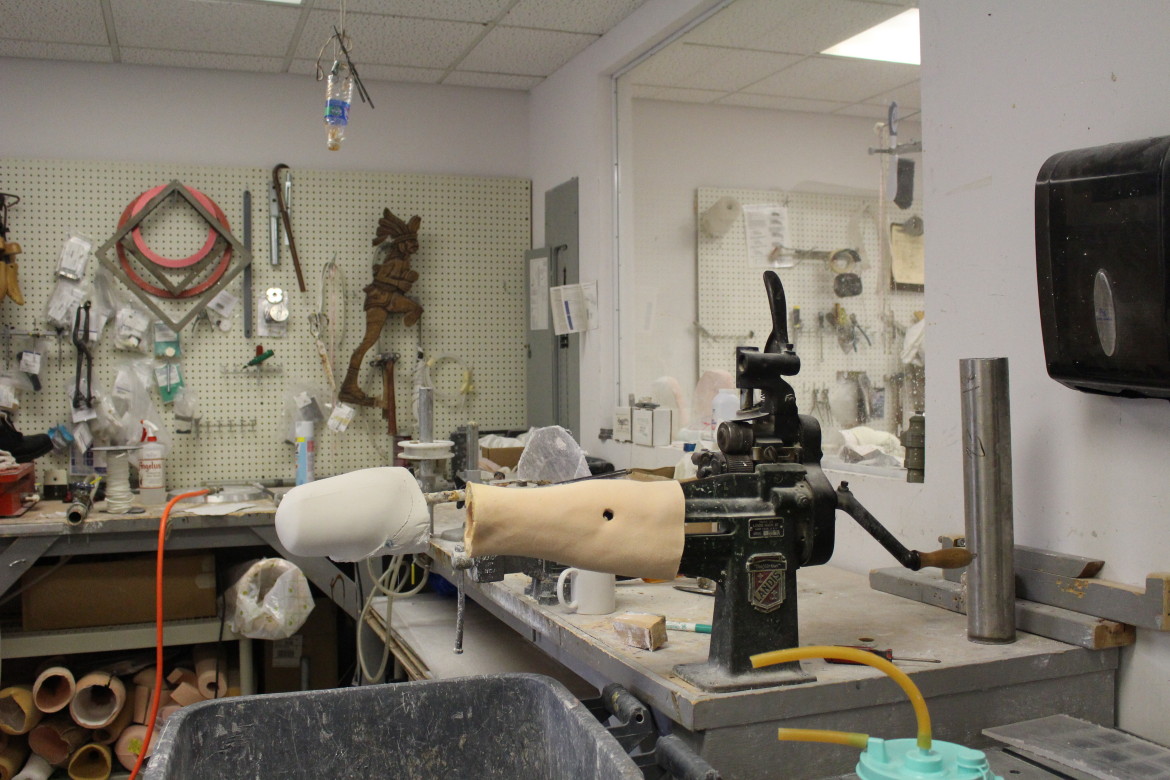 Gepetto’s Laboratory
Bow, who specializes in lower extremity prosthetics, likens himself to the familiar inventer we all associate with Pinocchio. “Welcome to Gepetto’s lab,” Bow says as he narrates a tour of his shop.

Indeed Bow’s workshop has hundreds of tools. There are anvils attached to the counters, and all manner of pliers, hammers and chisels that line the walls. 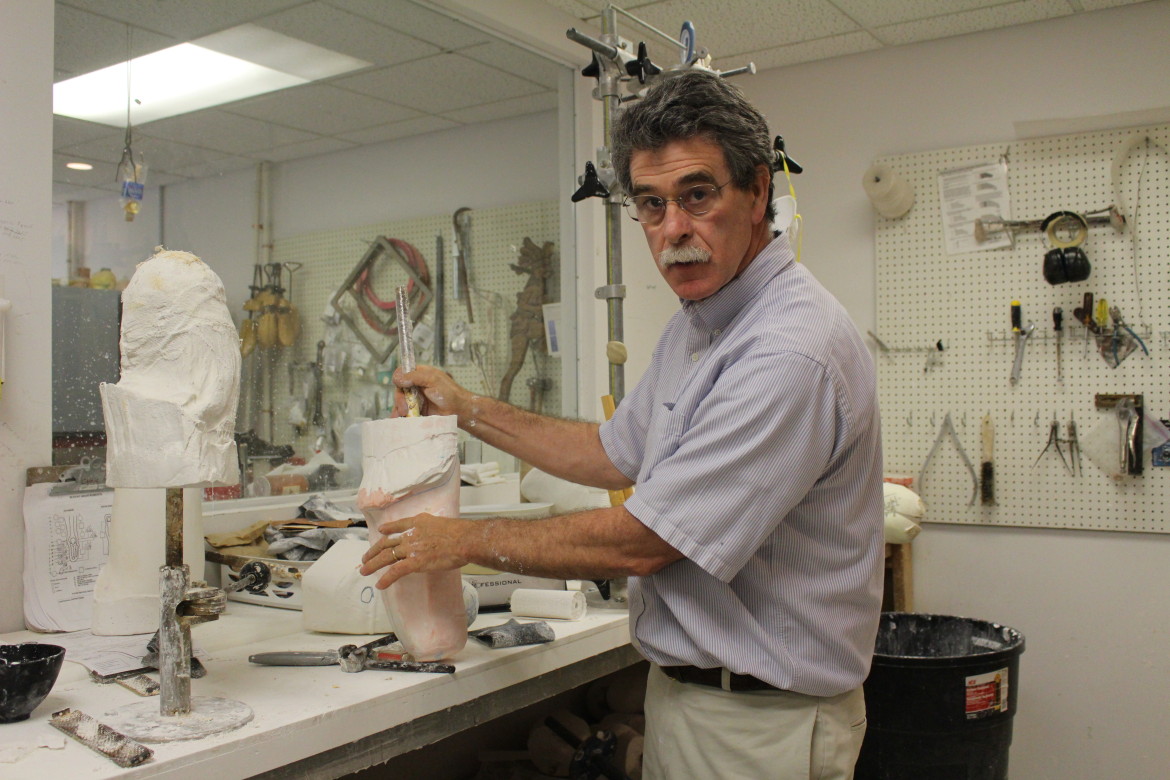 Bow said every amputee is different, describing the resilience of one above-knee amputee who is a professional photographer.

“He goes into a crouch to take a picture,” Bow said. “He’s been an amputee since he was a baby, so he doesn’t know anything else. His muscles are so developed.”

Bow said amputees lives take different turns. “We try to provide the confidence,” he said. “We’ll figure out something, some way to address it. Some way to make it a little bit better. You need that. You need somebody to be there.”

“Literally a year ago, I was a pain in the ass,” Farmer John said, by way of apology.

“But your problems were real,” Bow said. “Your leg was going up and down. You had shingles and your weight went way down. Then you got happy and your weight went back up…It’s fun for me. I like coming to work. I don’t see retiring,” he added. “When you quit, I’ll quit,” he said to farmer John. 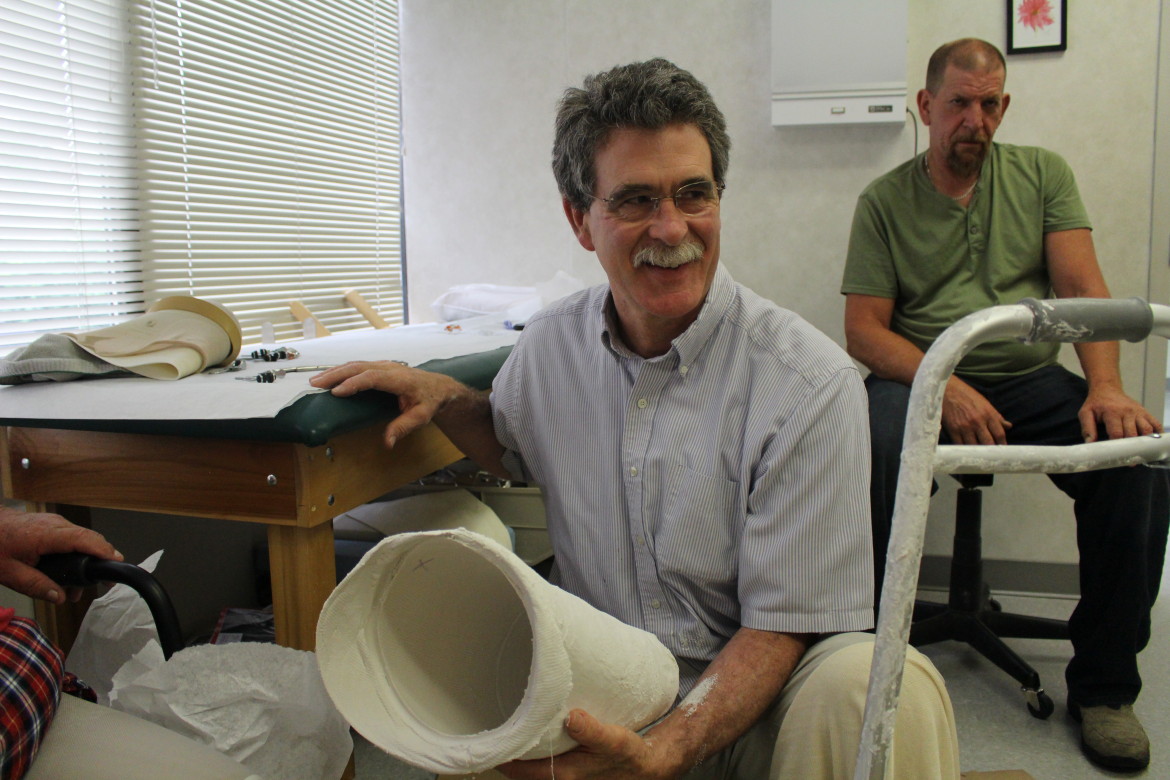 “This all gets filled,” said Chris Tracy as David Bow showed a Plaster of Paris mold. “We want a nice, smooth inner surface so that when we poor it with plaster we get a nice mold.”

The two clearly have a good rapport. “In the beginning I was mad at the whole world. But he’s got a good bedside manner,” John said of Bow. “Both Dave and Chris Tracy have been good to me,” John said of Bow and his colleague at NEOPS.

“You’ve helped us too,” said Bow recalling how Farmer John modeled a sophisticated prosthetic called a Sea Leg at the Tully Center. 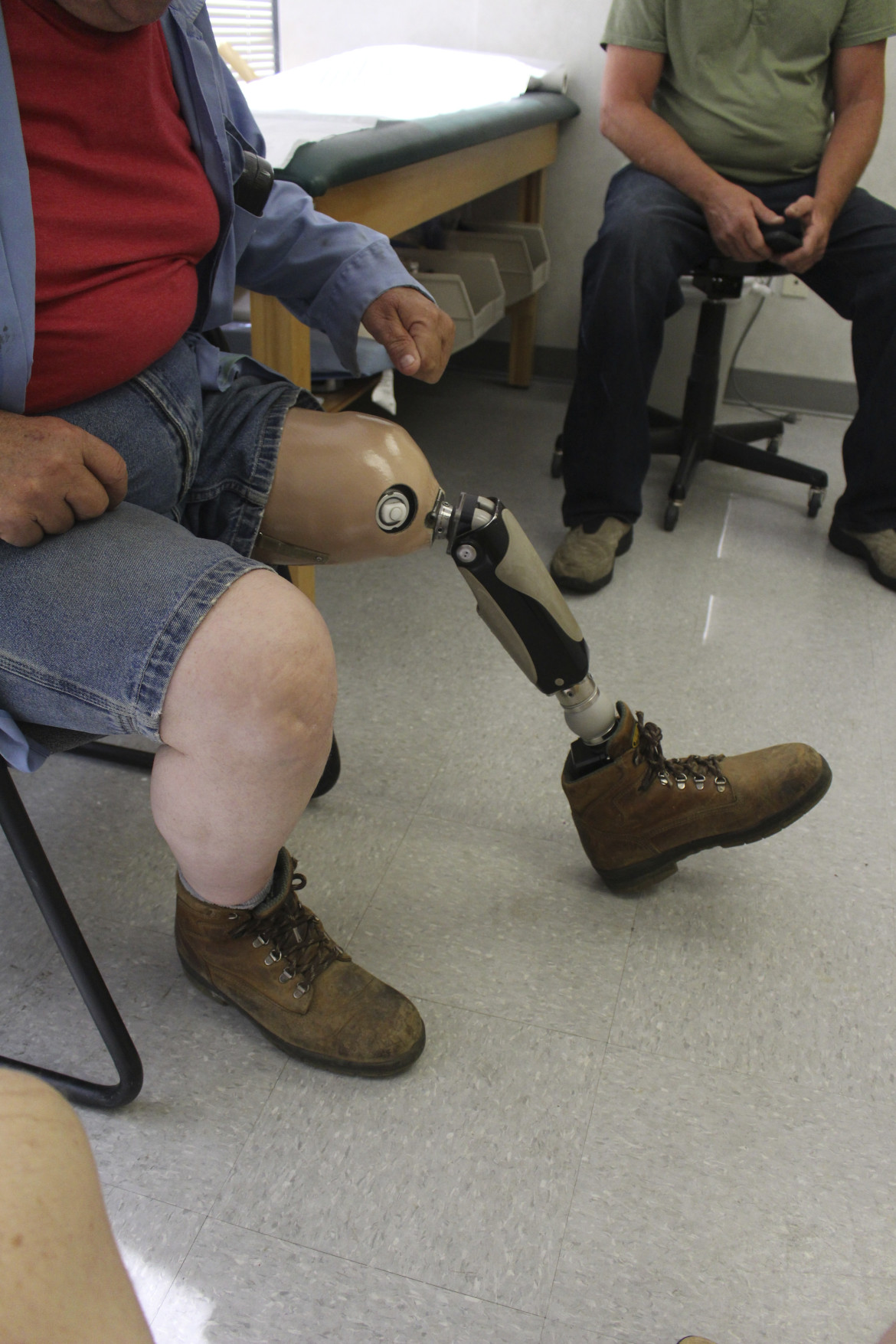 A farmer through and through, John embraces the promise of a new state-of-the-art prosthetic. A leg that is lighter and attaches with a series of four adjustable velcro straps should make a huge difference in his day to day work.

“All amputees tend to take on and let off fluid which effects the comfort and function of the socket. If he loses weight, he loses suspension, the prosthesis tends to fall off,” said Bow. “So we’re going to make an adjustable socket that he can tighten up as the day goes on, or from season to season when his activity level is different.” 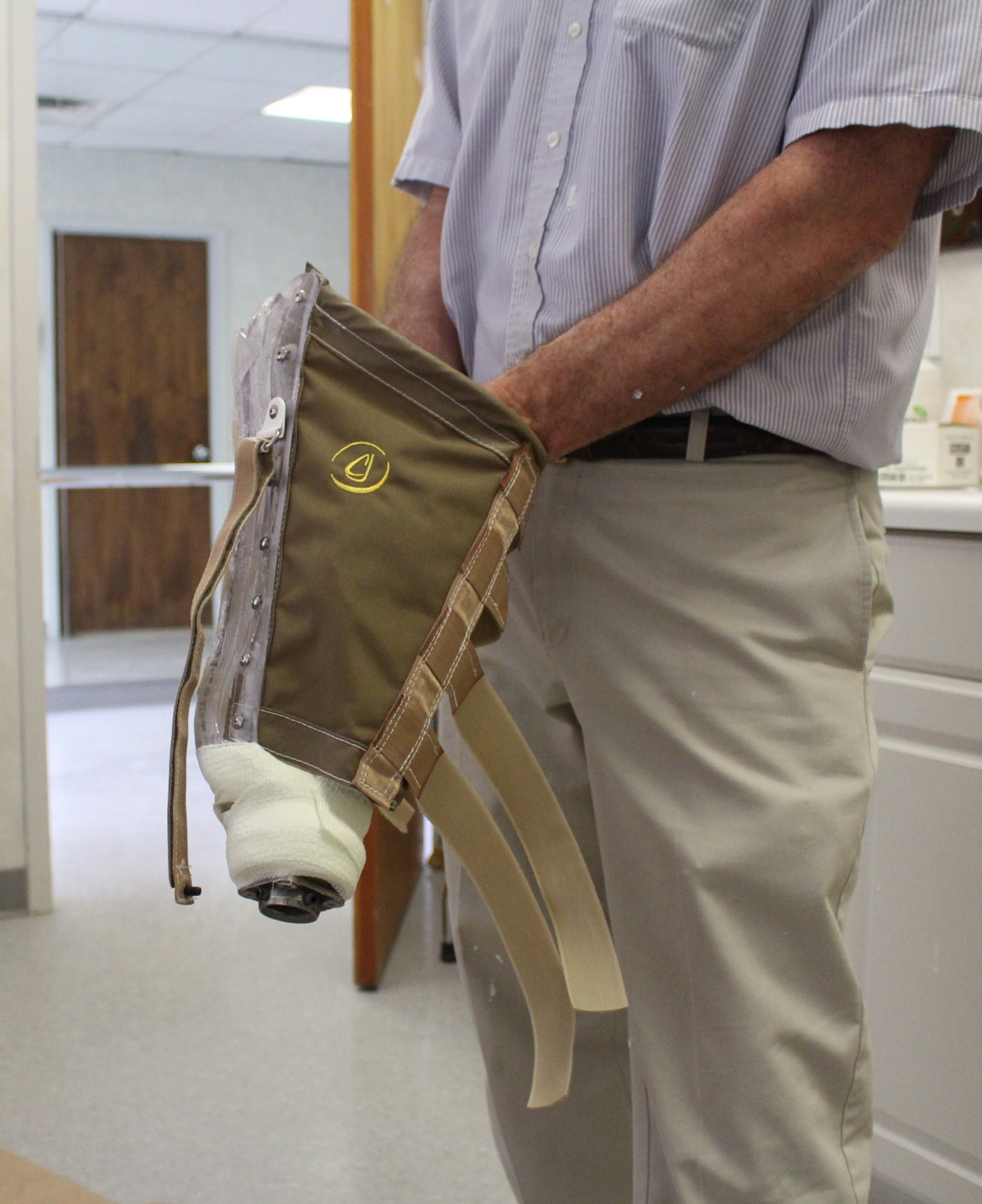 Bow demonstrates how the new prosthetic is adjustable to accommodate these daily and seasonal changes.

“They just take the straps and snug them down,” Mr. Bow said. “During the day if it becomes loose, he can sit down or be standing up and just tighten them up or loosen them.”

Whereas, for example, on a hot humid day, John’s leg will expand and contract, there are times the seal will break and his leg will detach.

“Imagine your flip flop strap breaks, or you’re wearing someone else’s shoe that’s too big, and with every step you have to check it’s still on,” said farmer John.

“It’s a clear socket so we can see through it. We can see what’s going, if the leg is moving in and out, if there’s too much pressure,” said Bow who found his way to making orthotics and prosthetics because growing up he liked to work with his hands.

Bow said it took six years to become a CPO, which included a bachelor’s degree and a two year internship.

Bow summed up the process of replacing the prosthetic. The task involves wrapping the leg in Plaster of Paris, which dries in four to five minutes. “The cast is the negative mold. You fill it to create the positive. You modify the positive, and build on top of that,” explained Bow’s colleague Chris Tracy as the two worked together on the messy process of wrapping Farmer John’s leg is Plaster of Paris.

John said the cost of a new prosthetic leg is considerable. “It’s about $90,000,” he said, adding that insurance only pays part of it.

Follow Greenwich Press as we chronicle Farmer John’s journey in coming weeks, and don’t forget to stop by the farm at 1332 King Street in Greenwich. 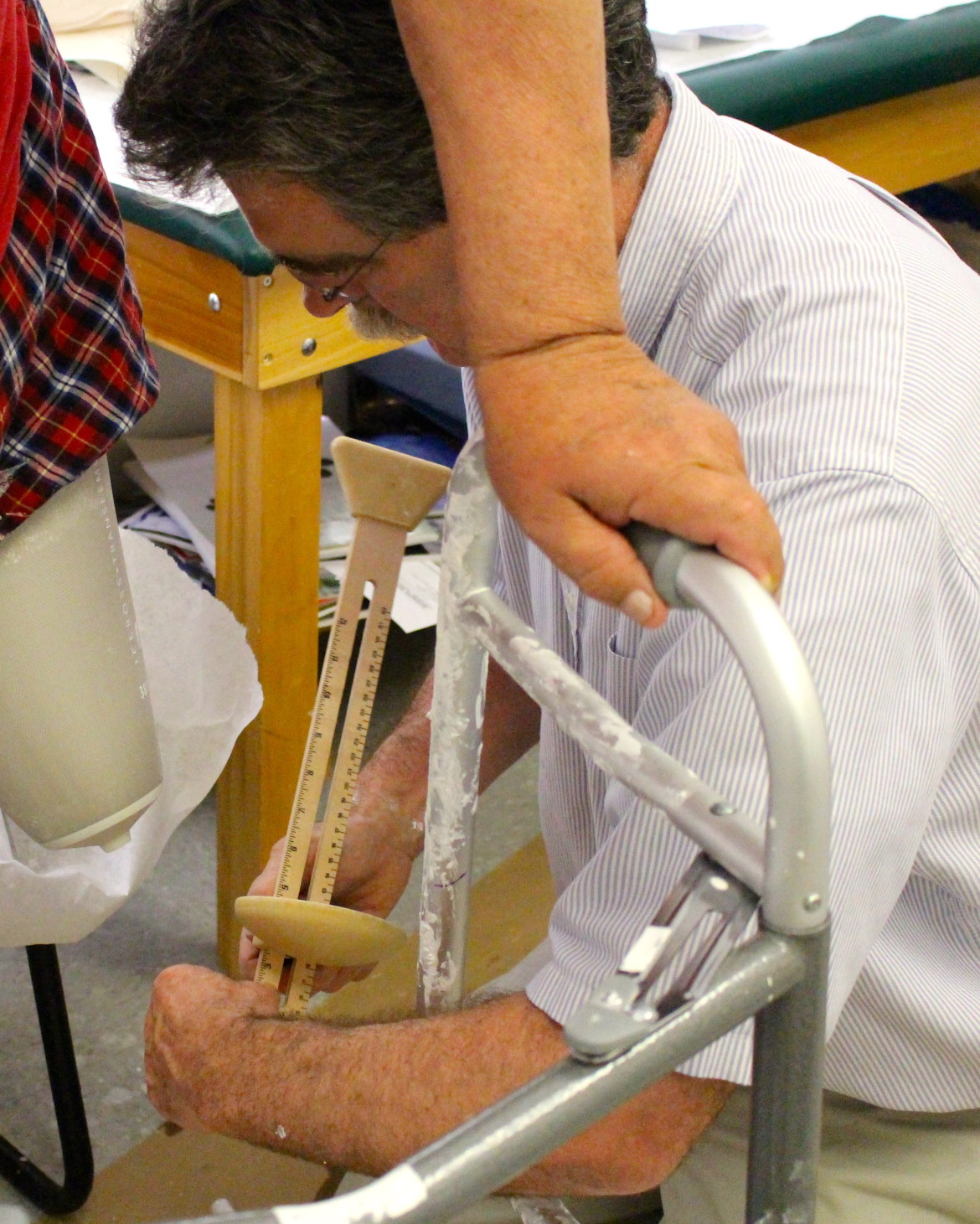