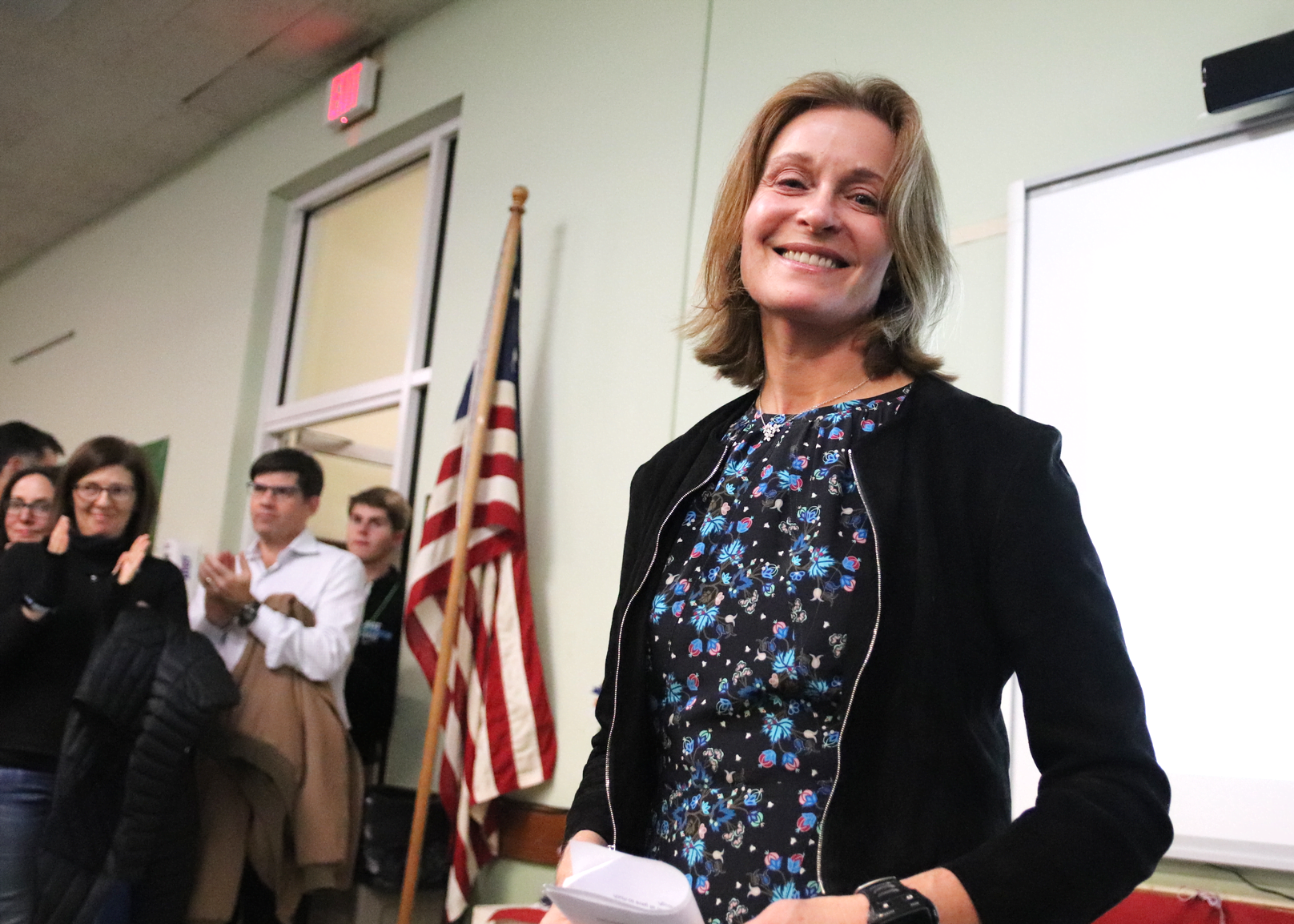 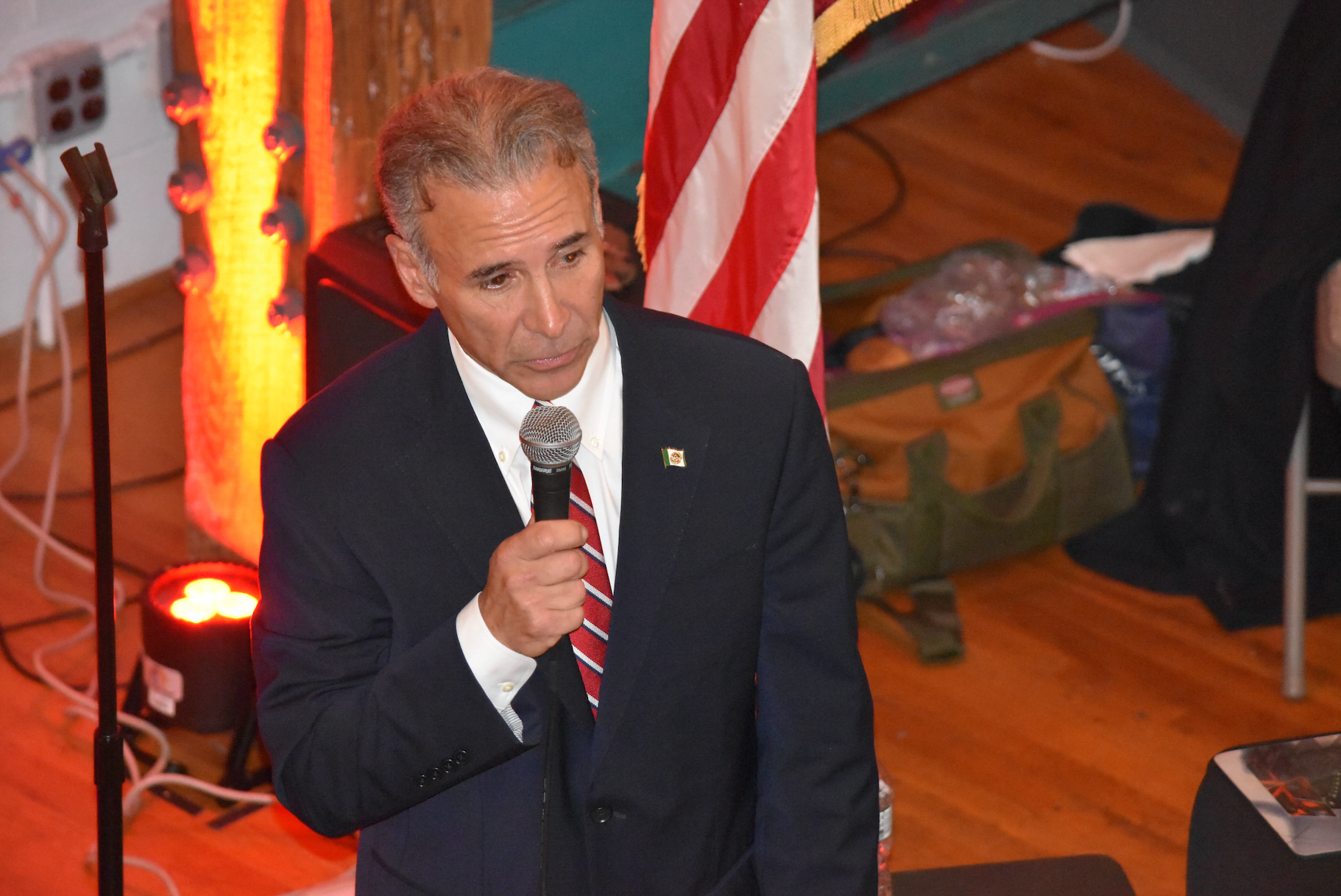 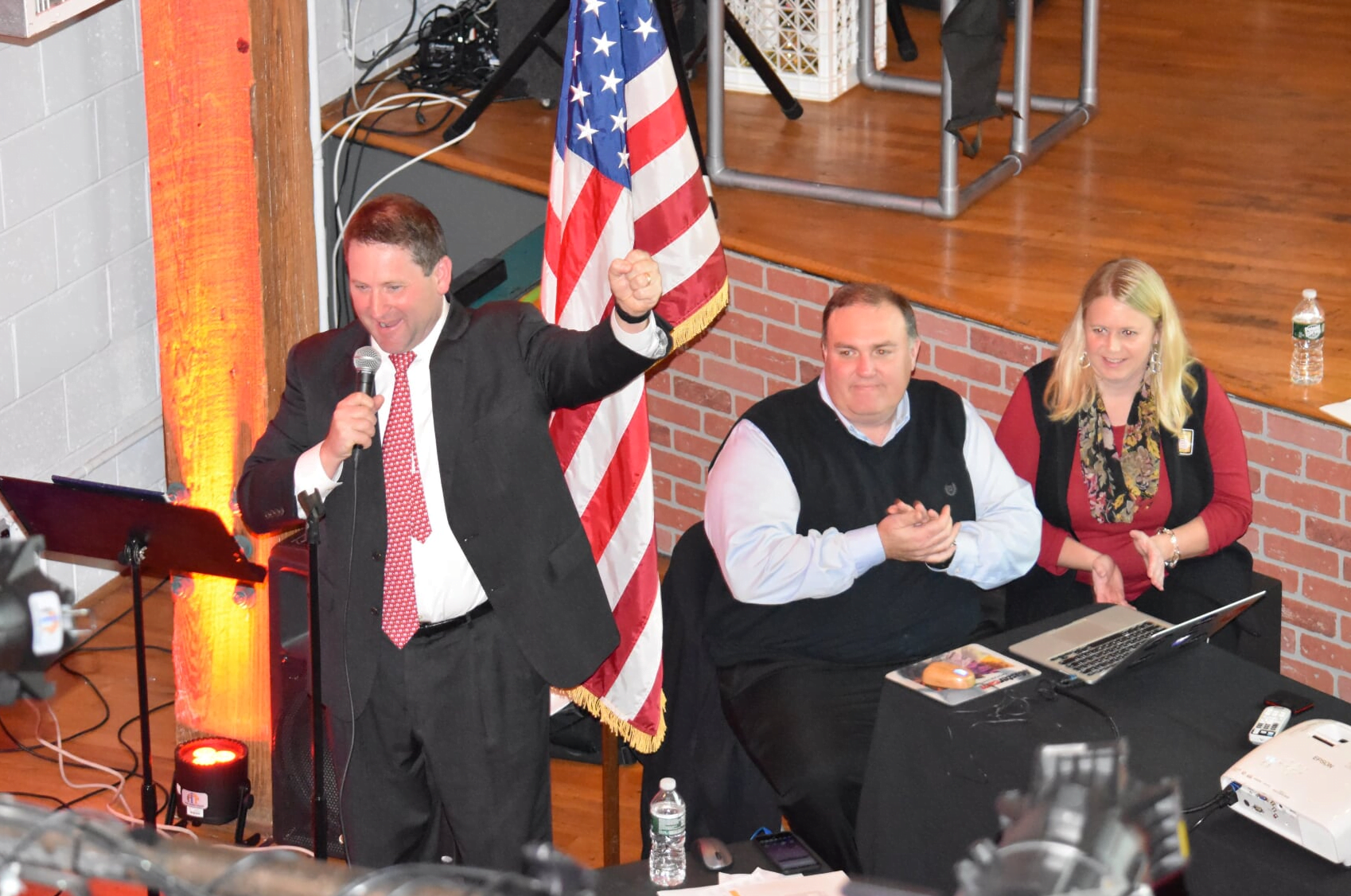 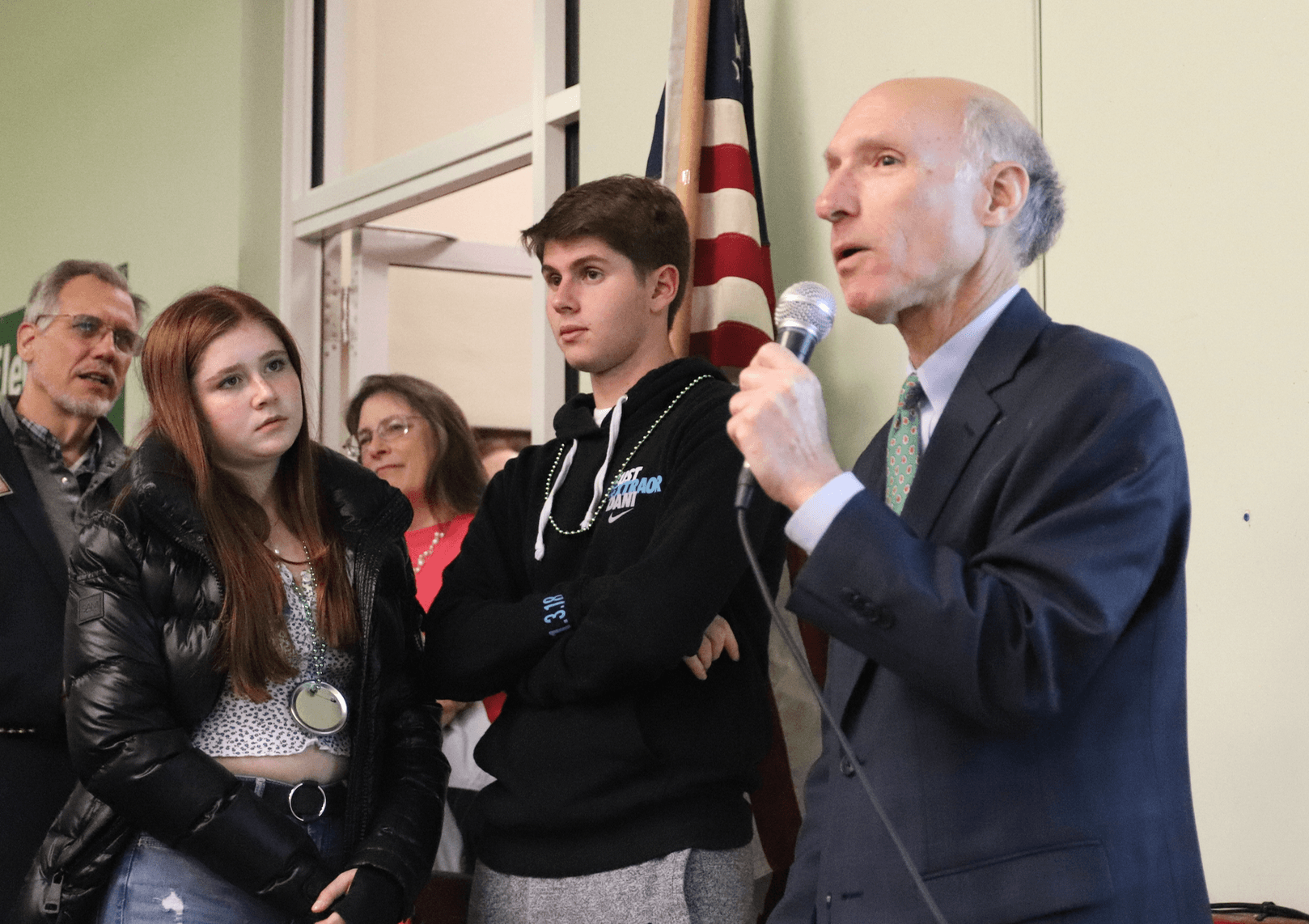 With Democrats gathered at the Senior Center, incumbent Tax Collector Howard Richman who lost to challenger Heather Smeriglio, said he loved the job and would have liked to continue. Nov 5, 2019 Photo: Leslie Yager 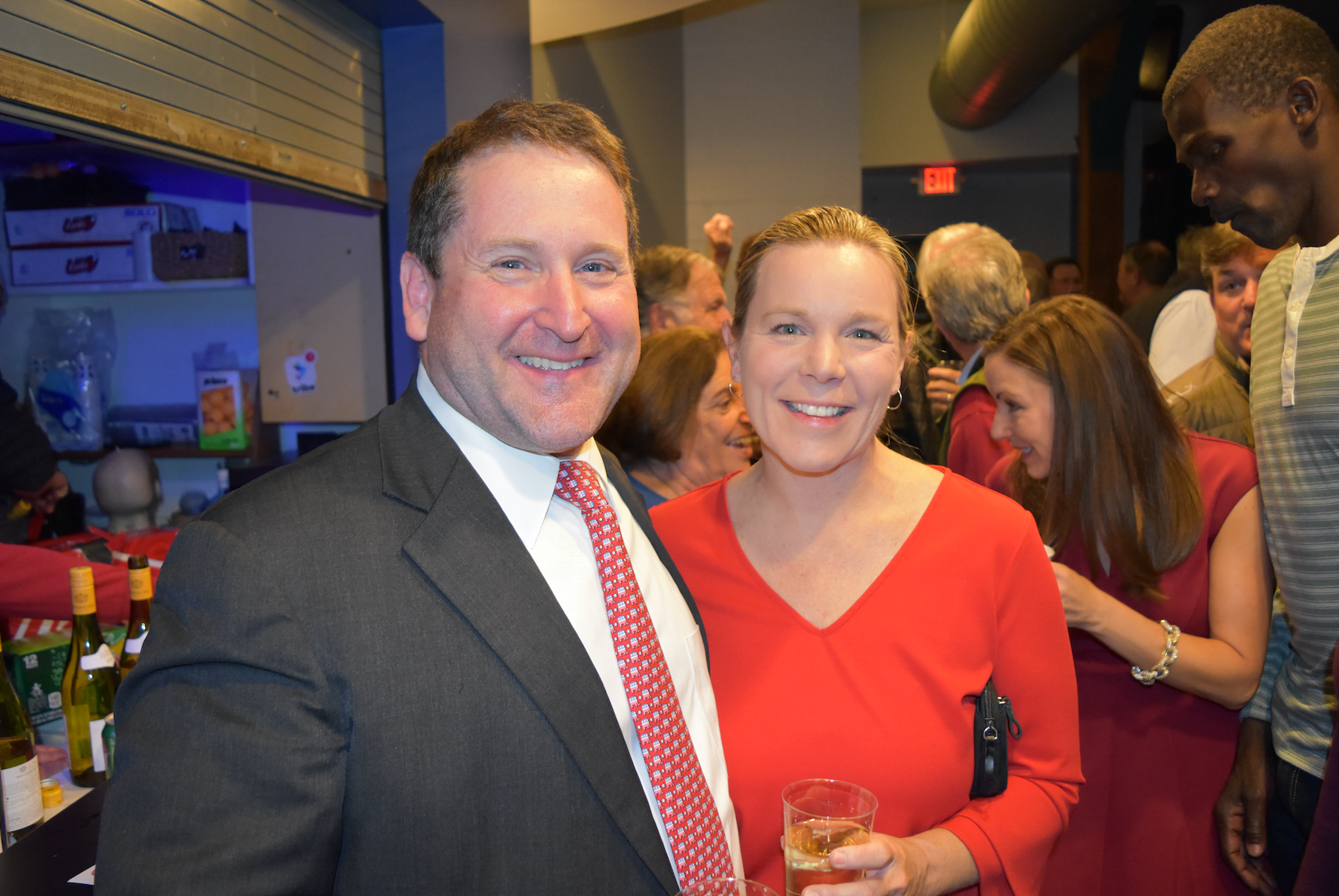 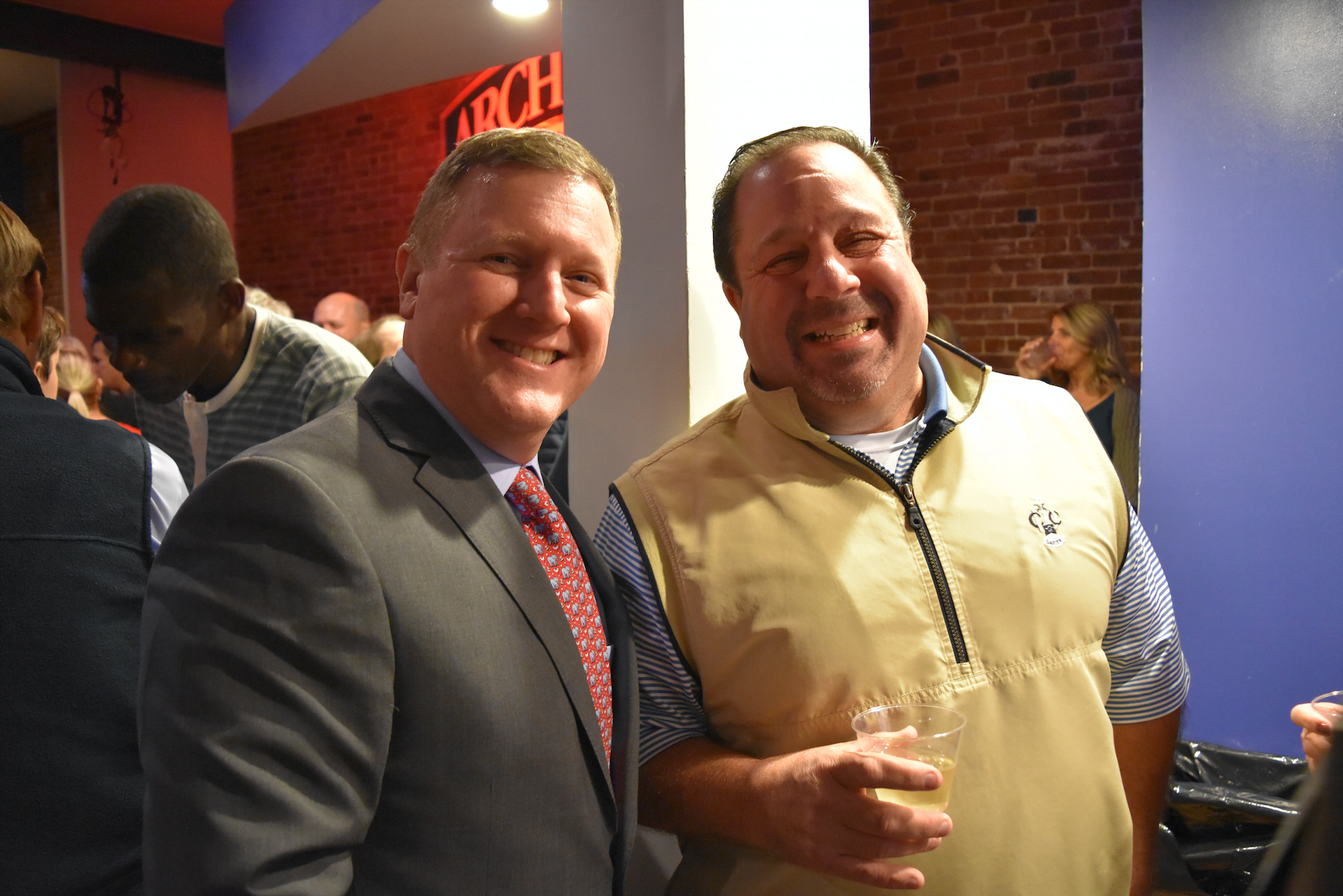 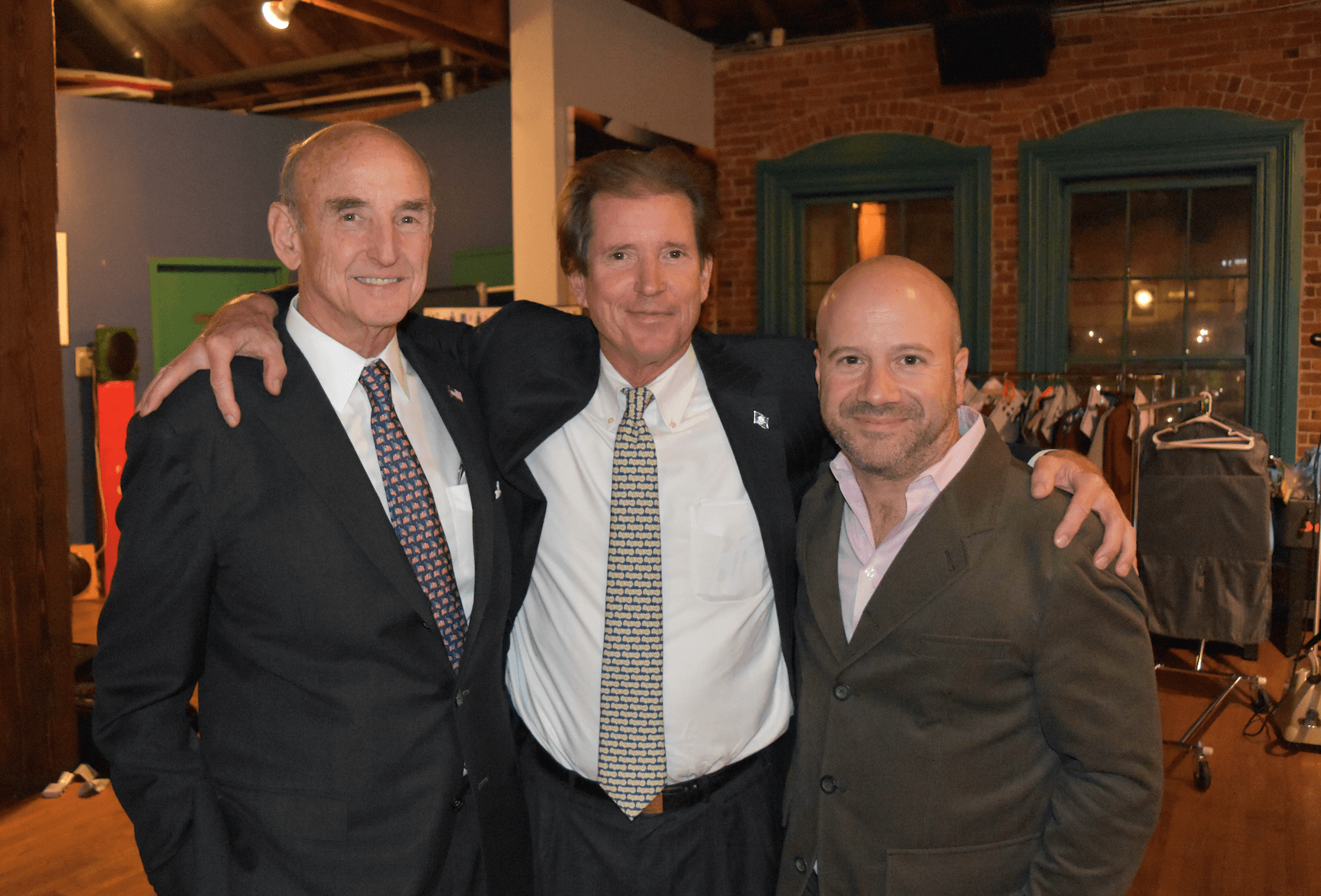 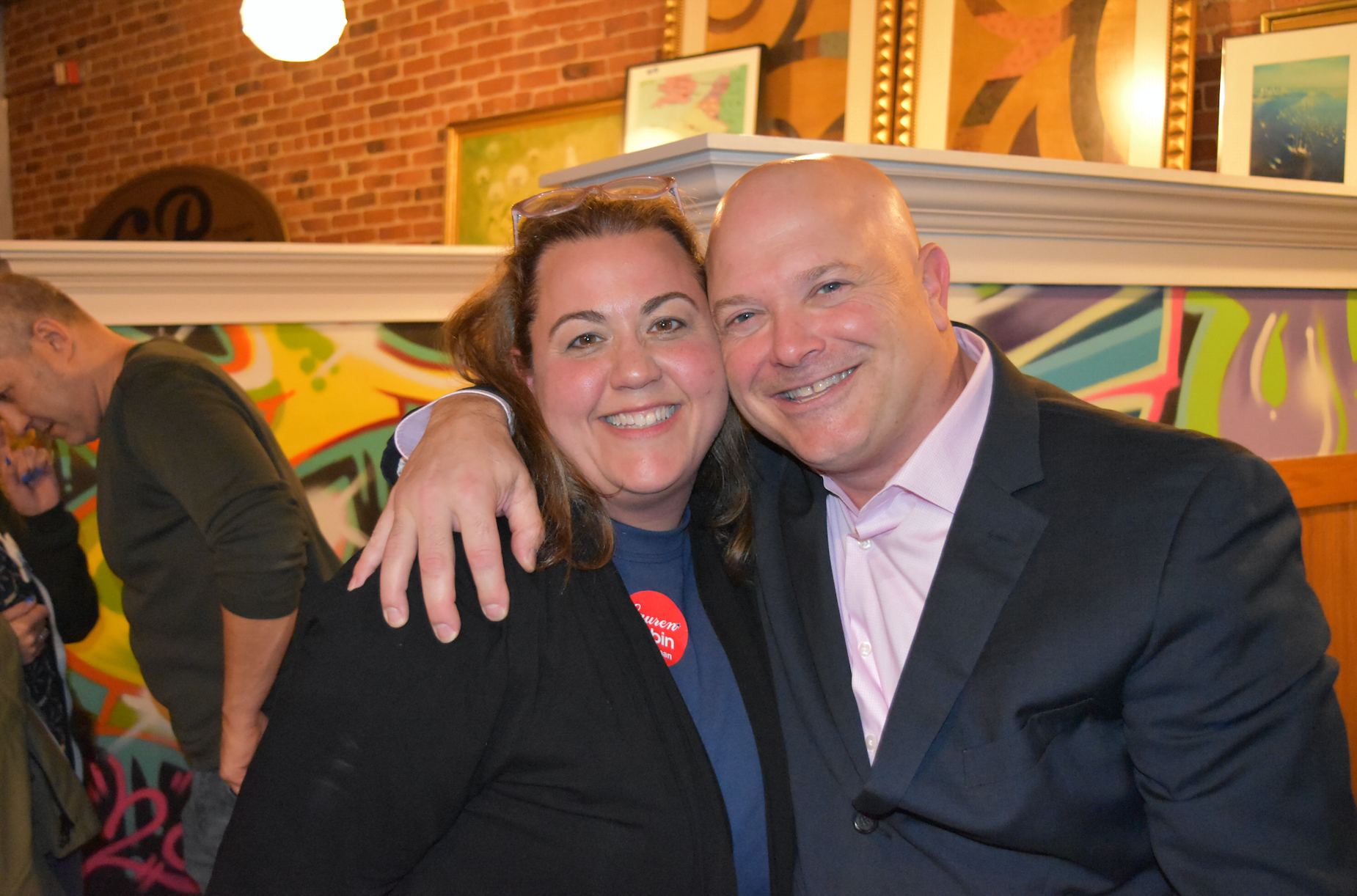 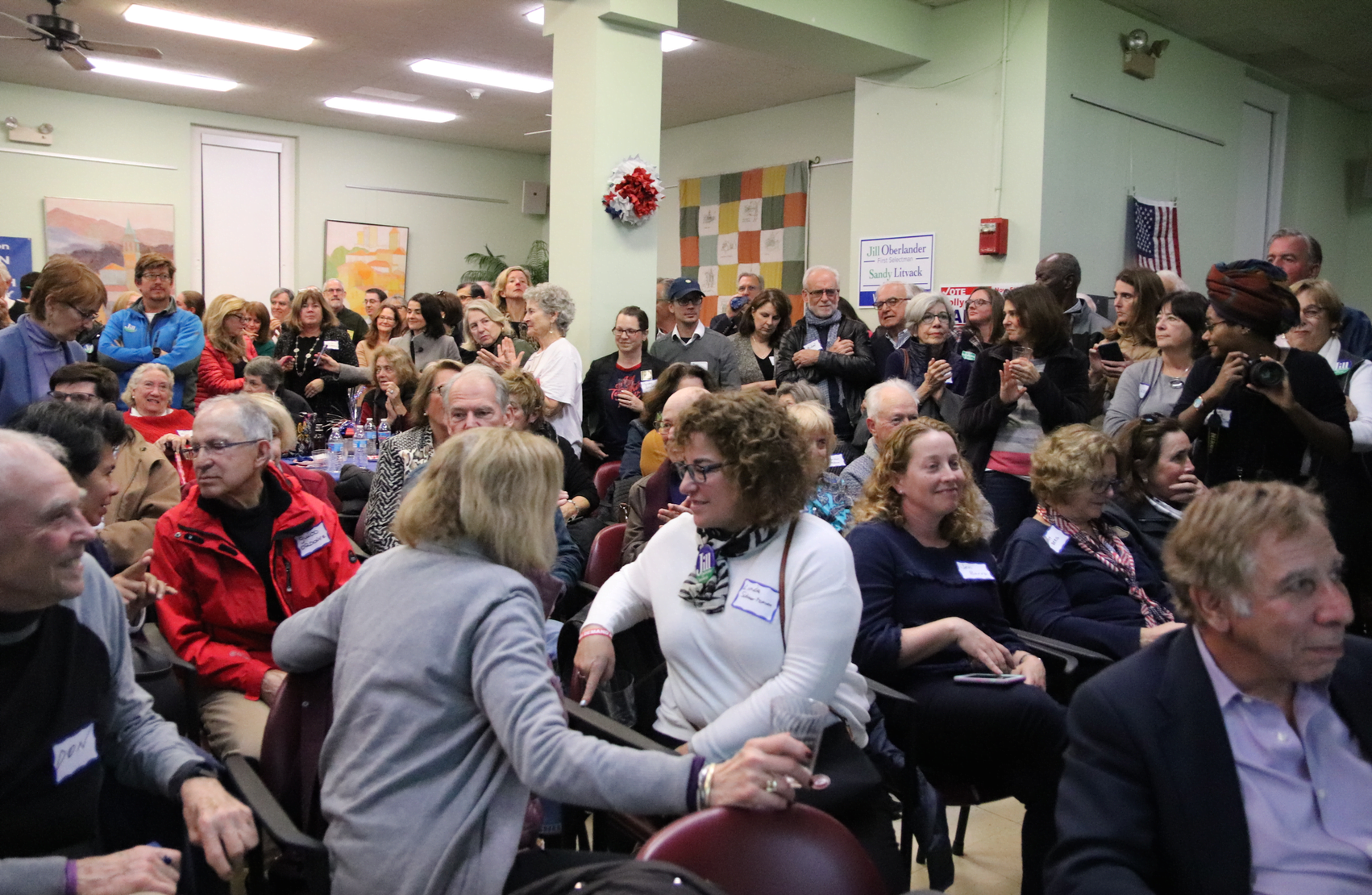 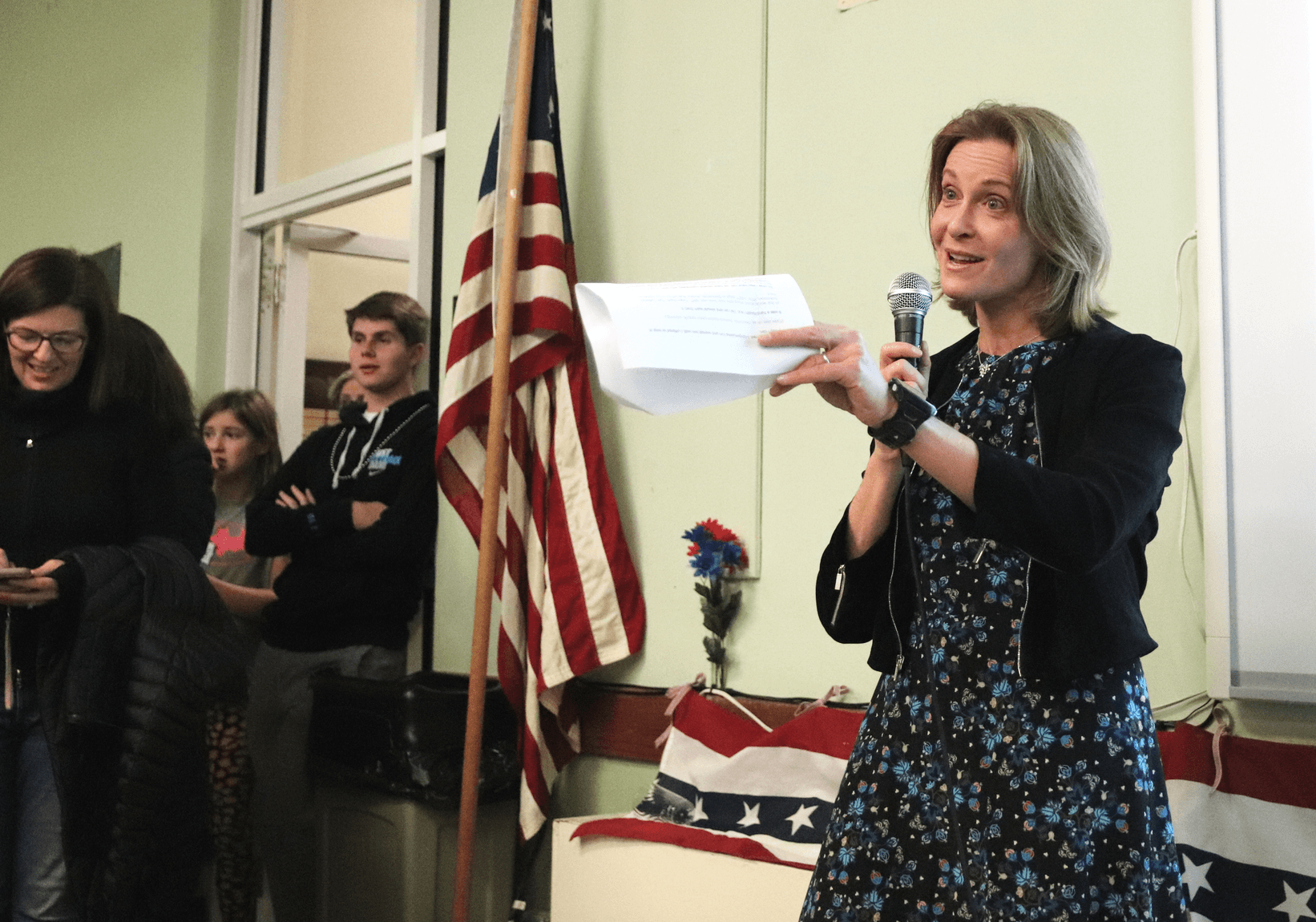 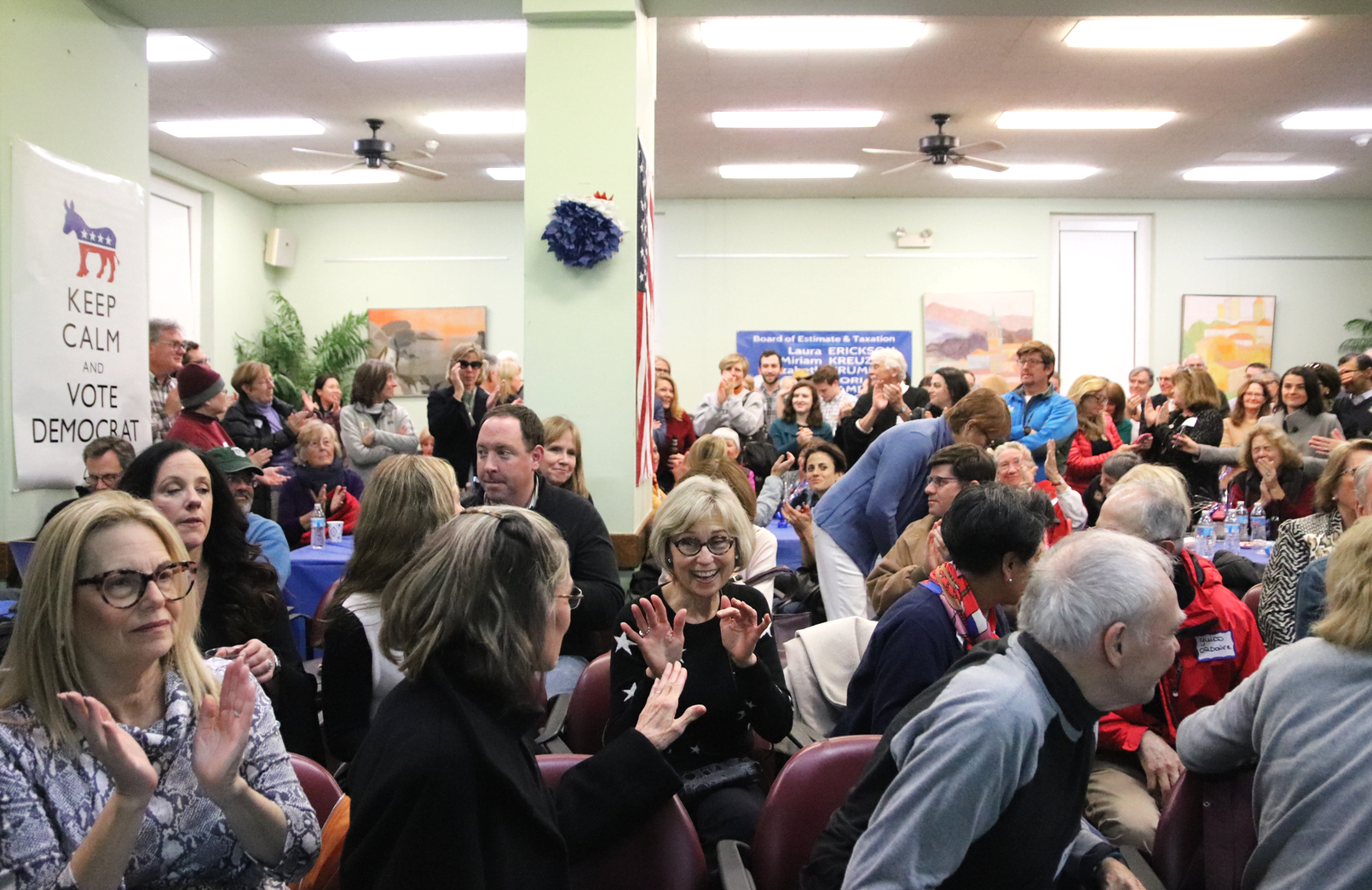 The faces were grim among Democrats at the Greenwich Senior Center Tuesday night around 8:30 as results from the municipal election poured in.

Democratic candidate for First Selectman Jill Oberlander announced she was prepared to concede to Republican Fred Camillo around 9:00pm.

“Those of you who know me know I’m usually very scripted, but I will ad lib tonight,” she said. “What an incredible room full of friends. What an incredible couple of months of an outpouring of support, enthusiasm, encouragement, optimism for our town and I couldn’t be happier to stand there with all of you and feel the warmth and friendship that we have in this room.”

“Democrats have come a really long way in town,” she added. “We’re not finished.”

“You are an incredible friend and an incredible supporter,” she added. “We cannot allow ourselves to be angry or depressed. We have a lot of work to do….This isn’t over and we’re not done yet. We have to lead by example.”

“I actually got 1,000 more votes this year than two years ago,” said Tax Collector Howard Richman. “I have two months left in a fabulous two year journey in my life. I love this job and would have liked to been able to continue. I’m going to miss it.”

“Unlike some of the other people you have heard from, we still have our jobs. We just are now in the minority, making it much more difficult to accomplish our goals,” said BET member Leslie Moriarty. “We want to get the word out that BET Democrats have the best interests of the town at heart.”

Meanwhile over at the Teen Center Republicans congratulated State Rep Fred Camillo on winning the race for First Selectman.

Camillo, born and raised in Greenwich, has served as State Rep for 11 years, will take over from Republican Peter Tesei, who served six terms in office, but decided not to run for a seventh term.

This means that Camillo will be First Selectman, Rabin won 2nd Selectman and Oberlander won the third Selectman.

Over at the Teen Center GFP’s Heather Brown reported that the atmosphere was ecstatic, with across the board wins for Republicans coming after unprecedented victories for Democrats in 2018, including Steve Meskers win over Mike Bocchino for State Rep in District 150, Alex Bergstein’s win over Scott Frantz for State Senate.

“What a campaign this has been. We could write a book about this one,” said RTC Chair Rich DiPreta to the crowd at the Teen Cente. “It’s been a long campaign, and a long day, but the celebrating starts now. The polls opened bright and early, at 6:00am, and we were ready. We met the day head on, with enthusiasm and optimism for our candidates, and a bright future for the town of Greenwich.”

With chants of, “Freddie, Freddie, Freddie!” victorious First Selectman candidate Fred Camillo said he’d woken up to a text with a Churchill quote: ‘With faith in our cause, and undeniable will to win, victory cannot be denied us.’

“Dan Quigley, thank you for energizing a really tired guy,” he said. “Noting like a Winston Churchill quote or a Vince Lombardi quote to get you going.”

“Peter for the last, record setting 12 years, guided us through some pretty tough times, with grace and determination,” Camillo said.

In a surprise among Democrats, where three candidates were competing for two seats, incumbent Board of Education member Dr. Gaetane Francis, who was running for a second term, received fewer votes (6,844) than fellow Democratic candidates Karen Hirsh (7,805) and Christina Downey (8,243), resulting in her losing her seat.

With 26 slots available slots and 29 candidates plus the two write ins – Jonathan Perloe and (301 votes) Jonathan Olsson (232 votes), Higbie tentatively won with 525 votes, given that in addition to the four write in candidates four others had fewer than 500 votes.

In District 9 where there were 22 candidates for  21 seats on RTM, Greenwich Police Captain Mark Kordick, who admitted last week to purchasing the controversial signs that said “Trump Camillo,” was the low vote getter with 279 votes.