For those unaware, the American with Disabilities Act (ADA) was signed into  law on July 26, 1990, by President George H. W. Bush to prohibit discrimination based on disability.

Sidewalks are required to be a minimum of four feet wide.

About eight years ago, an SUV collided with a telephone pole at the intersection of Hamilton Avenue and Booth Place. The car was totaled and the phone pole snapped. Within this area was an big brown US Postal Service relay box, which serves as a pick up point for the mailman to replenish mail.

After the pole snapped and work was being done to replace it, the brown relay box was in the way of workers. Someone mysteriously relocated and bolted the box onto the sidewalk on Booth Place, making the sidewalk a challenge to navigate.

After concerned neighbors made several futile trips to speak with the
post master requesting its removal, they felt hopeless.

I was unaware of the proper channels and the process to pursue a remedy until one day in June 2018, when I was sitting in a Land Use committee meeting when James Michel Deputy Commissioner of DPW, directed me to the Department Human Services.

Why hadn’t I thought of that? I sent a letter explaining the situation to Dept of Human Services Director Alan Barry.

Less than three weeks later a response arrived from Alan Barry and the First Selectman’s Advisory Committee for People with Disabilities Chairman Alan Gunzburg that read:

Hi Dawn,
We received a message from the Post Master yesterday that the mail box was removed. Please let me know if this was done and you are satisfied with the result.
Thanks
Alan Barry 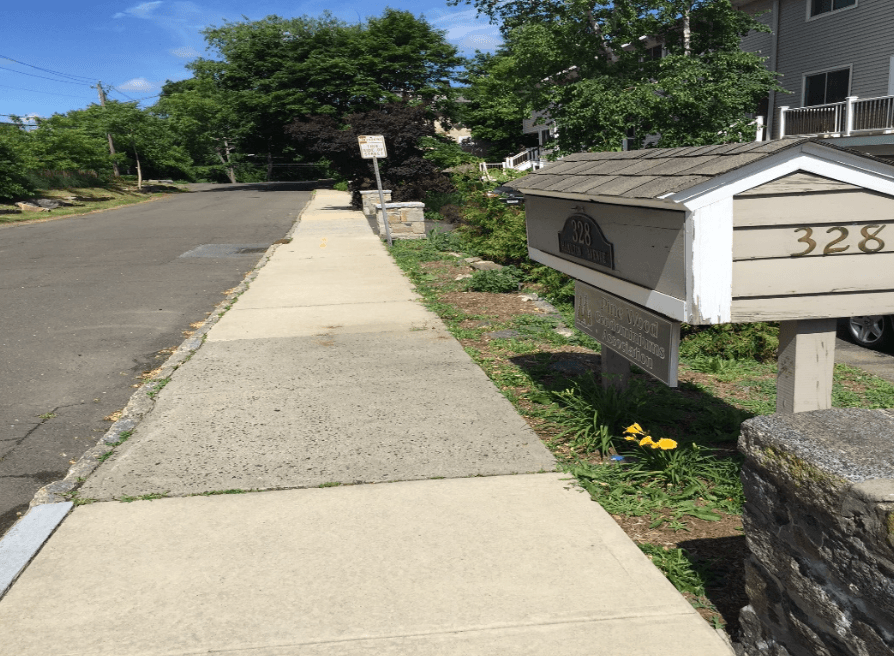 Clear sidewalk after mailbox is moved.

I wrote the neighbors, and within minutes a photo appeared. I was amazed and in awe over how quickly Peter Tesei’s ADA Advisory Committee Chair Alan Gunzburg and Mr. Barry of  sprang into action to facilitate compliance. On June 19, 2018 that relay box was gone.

A sincere thank you to all those who were involved with streamlining compliance. Those in wheel chairs, mothers pushing strollers, children
walking and riding bikes also thank you.

The moral of this story, had I not asked the right question and been directed to the right department, that box would still be bolted across the sidewalk.

Often, it’s the little things like navigating a sidewalk that we take for granted but mean the most to people with disabilities. It may be you or me who are in need of ADA accessibility someday. How many other sidewalks in Greenwich are not  ADA compliant? 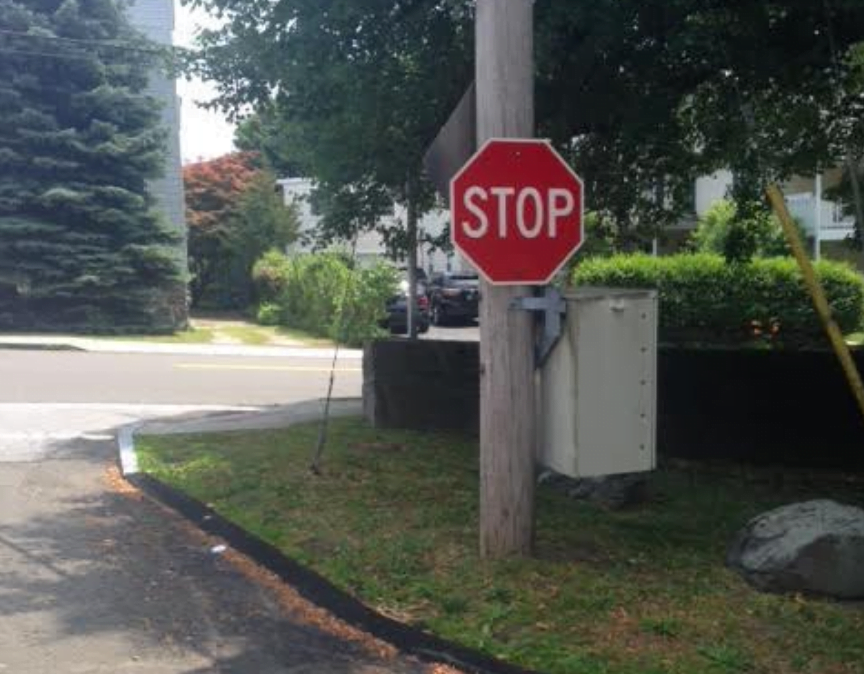