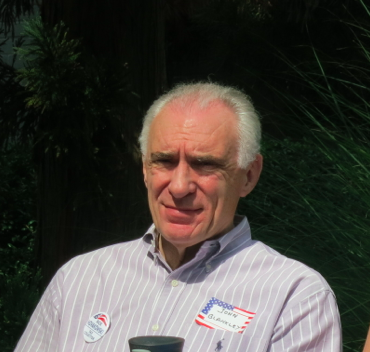 Don’t take my word for it; hear the word of UConn Finance and Economics Professor Fred Carstensen. If Tom Foley had been elected Governor in 2010 instead of Dan Malloy we would have experienced a much longer recession, higher unemployment and significantly more debt. The Foley prescription has not changed in four years so we can conclude that his policies will be no better now than they would have been then.

The reason for this is that Republican economics at the national and state levels have turned against proven macroeconomics and have instead adopted what I would call “the anti-Keynes.” It’s sad to see. Instead of embracing the idea of fiscal stimulus in a downturn, Republicans push the twin ideas of prosperity through austerity (spending cuts) and Laffer curve, supply-side economics of tax cuts for the wealthy. The last 30 years have discredited these theories and the recent experience of Kansas under Tea Party Governor Brownback only confirms that cutting taxes leads only to higher deficits. I could add that Governor Brownback’s faith-based economics are no better than his faith-based philosophy of life that denies evolutionary science and embraces creationism.

But let’s stick to our state’s economy and ignore all the political rhetoric for a moment. Connecticut ranks sixth among all states in a country that leads the globe in economic development according to the OECD’s “Better Life Index” that ranks factors such as income, education, quality of housing, life expectancy and low crime rates. We have one of the best educated, highly paid workforces in the US employed mainly in financial services, aerospace and defense. No Governor can get this elephant to dance faster than the long run growth rate of just under 2% for the simple reason that we start at such a high level of output in a high value economy. Republicans talk about our economy as
uncompetitive because we supposedly have high taxes and regulation but this is to ignore
facts: lower taxes than all the North East states, 60,000 private sector jobs created since
the recession, unemployment down to 6.6% and a growing state population. All of this is
testimony to the successful polices that Governor Malloy has instituted in terms of small business stimulation and attracting companies to Connecticut.

And there’s more: the Governor’s polices have reduced the size of our state government, exacted significant concessions from public service unions, kept spending down to an annual rate of 2.8%, and achieved three years of balanced budgets under stricter
accounting rules (which he insisted should be applied) not to mention the increase in the
minimum wage, introduction of paid sick leave and the brilliant implementation of the Affordable Care Act.

This fine record is to be replaced by the Foley plan? This would be a reduction of 1% in the sales tax, lowering the income tax from 6.25 % to 5.85% and slashing state spending. None of this would create jobs. Instead, as the good professor said back in 2010, we would endure higher unemployment, diminution of services to the public and, yes, higher deficits. Our per capita state debt is already one of the highest in the nation and Mr. Foley’s plan would only increase it. Reducing the debt burden depends on job creation and economic growth. Tom Foley’s plan will not work. Gov Malloy’s plan is already working, which is why we need to reelect him to office on November 4th.