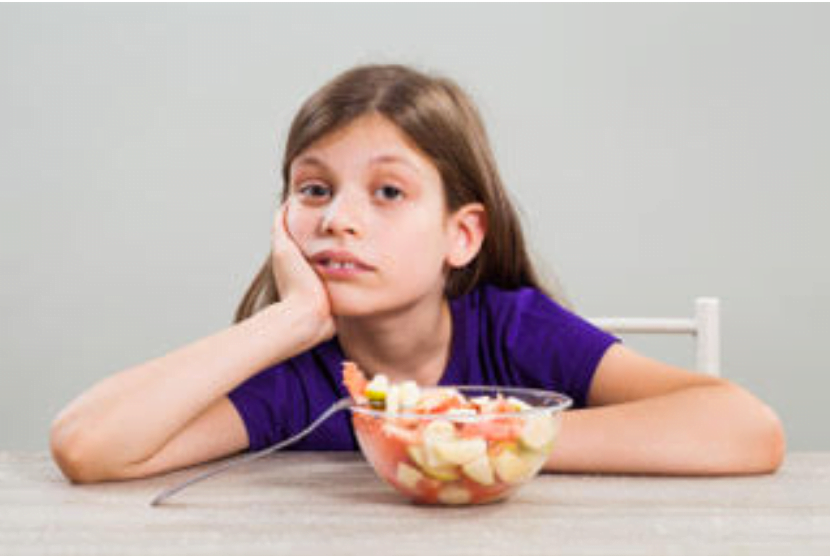 Avoidant/Restrictive Food Intake Disorder (ARFID) is more than picky eating and has many health risks associated with it, such as malnutrition, anemia, severely low body weight, weight loss and failure to grow. Contributed photo

Parents remark all the time about how their child refuses to eat the food on their plate or has decided that there are only three foods on the acceptable eating list.

While it’s normal for children to develop odd eating patterns at some point during childhood, like only eating chicken or refusing to eat certain colored foods, the behavior often resolves after a short time.

Avoidant/Restrictive Food Intake Disorder (ARFID) is more than picky eating and has many health risks associated with it, such as malnutrition, anemia, severely low body weight, weight loss and failure to grow (height and weight). Anxiety and depression often co-occur with ARFID as well.

If the disorder is not treated and the individual reaches a dangerously low weight, more serious complications, which are similar to the complications found in anorexia, can develop including cardiac problems, kidney and liver failure, osteoporosis, low blood sugar, constipation, gastrointestinal problems and electrolyte imbalances.

Avoidant/Restrictive Food Intake Disorder (ARFID) is not a new eating disorder, but the diagnosis was just added to the fifth edition of the Diagnostic and Statistical Manual of Mental Disorders (DSM-5) in 2013.

People with this disorder develop disordered eating patterns, but unlike anorexia or bulimia, they don’t have poor body image or a fear of gaining weight. Symptoms of the ARFID, which often appear in infancy or early childhood and can continue into adulthood, include lack if interest in food/poor appetite, fears about consequences of eating (choking, vomiting, allergic reactions) and selective of picking eating (only eating certain foods).

In order to make the diagnosis of ARFID, one of the following must be present in addition to the pattern of disordered eating:

Source: According to the National Eating Disorders Association

If your child is in a stage of picky eating, don’t automatically assume that they have ARFID. A diagnosis can only be made by a professional. However, if the disordered eating patterns continue into late childhood or the teen years and you notice some of the following warning signs, it’s best to get a consultation with an eating disorder specialist.

Even though ARFID is a relatively new eating disorder, it can be effectively treated by eating disorder specialists. In addition to treating physical complications of the disorder, psychotherapy, exposure therapy and behavioral interventions are helpful. Co-occurring disorders, such as anxiety and depression, also need to be addressed in order to have a full and successful recovery.

Silver Hill Hospital has a dedicated eating disorders program for adults and adolescents.

Treatment for ARFID is offered in both inpatient and residential treatment settings to ensure patients receive the comprehensive care they need. Whether it is rooted from mental issues or physical issues, the experienced and dedicated staff can help patients overcome the disorder and go on to live a healthy and prosperous lives. Learn more about the eating disorder treatment program.