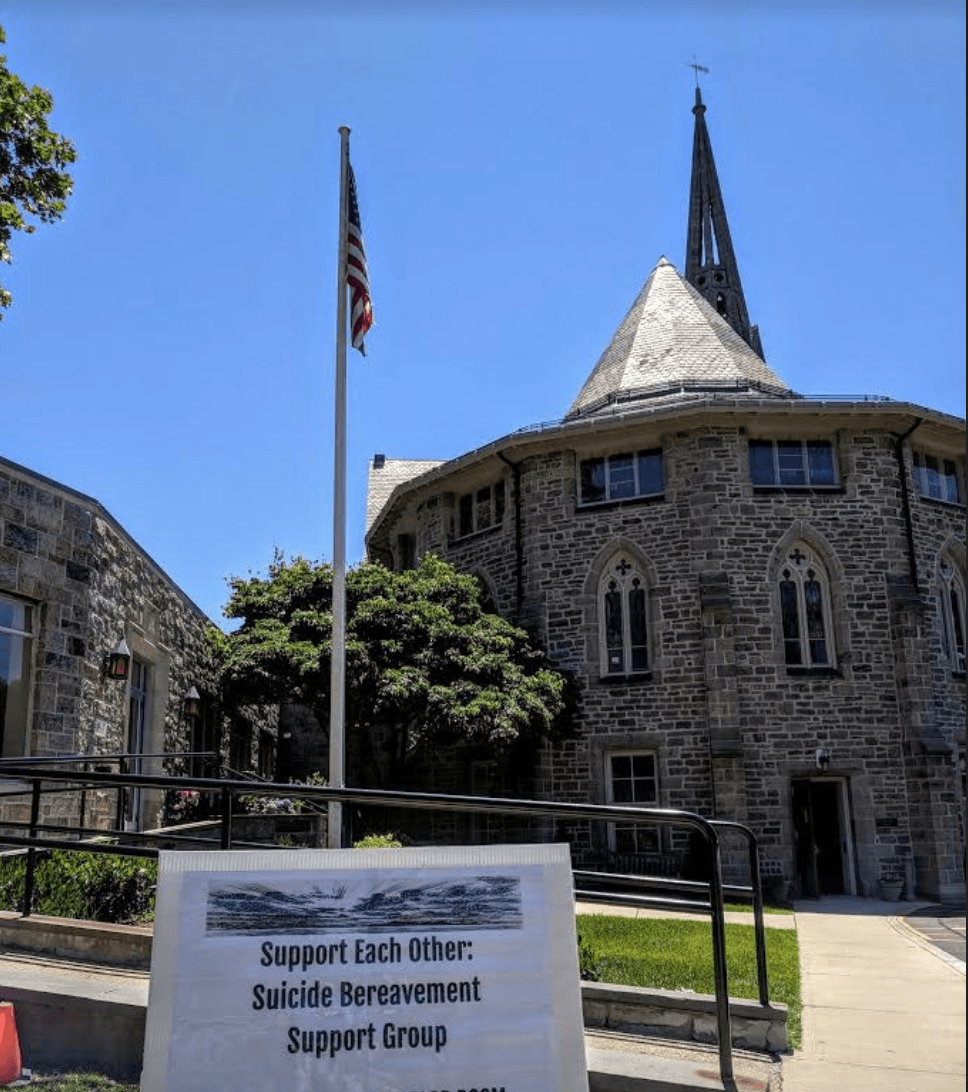 Suicide rates have been rising in the US over the past two decades, making it now the tenth leading cause of death, according to the Centers for Disease Control and Prevention.

Recently, criticism has been levied at the mainstream media for sensational headlines about Robin Williams, Kate Spade and Anthony Bourdain, but a national conversation has been sparked, and people are learning to identify warning signs and find ways to help loved ones.

In Greenwich, one couple who lost their son to suicide five years ago has created a suicide bereavement group called Support Each Other.

Henry Armero died when he was just 19. His father Christophe Armero who founded the group with Henry’s stepmother Jennie Baird, said no one in the family had ever suspected anything was wrong.

“Suicide is on the rise,” Armero said. “There are different kinds of suicides, including cases when the person may have had years of interventions, been in rehab and been getting therapy, but still kill themselves. In our case, no one had a clue. Depressed people often don’t want to burden you. They can hide it and sometimes even think they’re doing you a favor.”

Support Each Other is a support group for people who have lost a loved one or family member to suicide. The group is peer-moderated and is not a therapy session.

“The wonder of a support group is there is dynamic that develops when people with similar losses or issues share their stories in an open way,” Armero said. “Somehow it makes people feel better.”

Armero said the support group offers confidentiality. There is no giving of unsolicited advice and no gossiping. “People share what they want to share,” he said. “Every one talks about their own story.”

As for the recent high profile suicides, Armero said there is now an awareness that people perceived to be successful, who appear to have everything, can still suffer from depression.

“People can be so misled by their illness that they feel suicide is a solution,” he said, adding that the downside of the reporting of suicides of celebrities is the potential copycat effect. “That’s why the media needs to be very careful not to create the awareness that suicide is an option.”

Recently the controversial Netflix teen drama “13 Reasons Why,” which explored the aftermath of teen suicide, was cancelled and then renewed.

“It’s like when Raymond Chandler said that if your plot is flagging, have someone enter the room with a gun,” Armero said, referring to the Depression era detective fiction writer. “Today the lazy way to move a story forward is to have someone kill themselves.”

Family and loved ones of someone who dies from suicide are impacted differently.

“Everyone grieves differently. Everyone’s process is different. There is no right way to respond,” he said. “Some people may not be ready to share and talk about their loss for years. Others might be ready to talk about it months afterward. People should do what works for them.”

“You learn to deal with it and adapt, and accept it as something you can’t change,” he continued.

The Support Each Other meetings are appropriate at any stage of a person’s loss. All are invited to come and share whatever they want.

“Suicide has specific extra features to it compared to losing someone to a car accident or cancer or heart disease,” Armero explained. “There can be a perceived causality or culpability to suicide.  People don’t accept that depression is an illness. They may feel there is a voluntary aspect to it and the depressed person should just snap out of it. Second, the suicide loss survivor is sometimes left wracked with guilt. But when someone is caught in that cycle of depression and despair, it feels like there is nothing they can do about it. The illness distorts their thinking. People who do end up killing themselves can’t think of any other way to end their pain.”

Armero said that when they were ready, he and his wife started attending a support group in Westport. After a time, they felt there might be a need for group closer to home.

The American Foundation for Suicide Prevention (AFSP) provided them facilitator training and the Support Each Other group began meeting in January 2018.

Six months later, Armero said the group is ready to grow. “We usually have six people, but we could have twice that number,” he said.  “It’s definitely worth trying.”

“That sometimes triggers a conversation that lasts a fair amount of time,” he said. “There’s always a theme – for example if we’re coming up to the holidays or anniversaries we talk about how to cope. We have practical discussions.”

“It works wonders for your mood. You usually leave feeling better than when you arrived,” he said. “Then there is the phenomenon of ‘I thought I was alone.’ The ability to talk and tell a story in a safe place is very valuable.”

Support Each Other meetings are held in Parlor Room at Second Congregational Church at 7:30 pm on the first Monday of every month.

Anyone over 18 is welcome to attend and there is no fee. Participants are asked to send a note via the Support Each Other website ahead of time or email [email protected] to let them know you are coming and to answer any questions you may have.

If you are in crisis, call the toll-free National Suicide Prevention Lifeline at 1-800-273-TALK (8255), available 24 hours a day, 7 days a week. The service is available to anyone. All calls are confidential. http://www.suicidepreventionlifeline.org