“The Dolphins have put in a tremendous effort to build their competitiveness,” said Nick Cavataro, head coach, Greenwich YWCA Dolphins. “The staff and I are very pleased with the results and look forward to ending the season on a high note.” 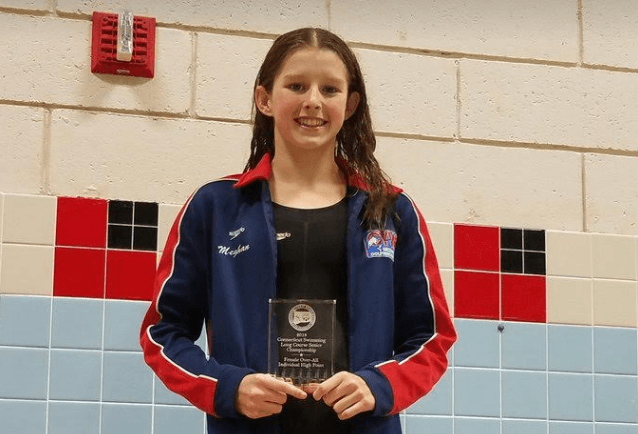 The Dolphins women were led by five individual gold medals from Kate Hazlett, 17, and three from Meghan Lynch, 14 – who also picked up the meets high point award – along with two team relay golds and another dozen bronze and silver medal efforts in the contest. 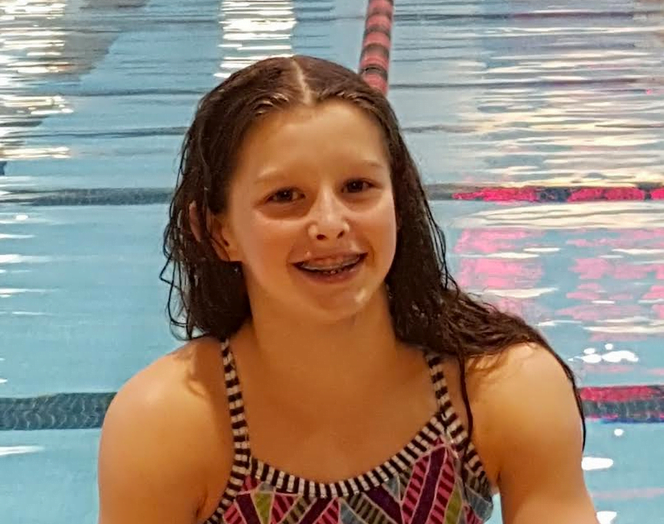 Lynch, a rising sophomore at Greenwich High School, jumped into the national spotlight with a trio of dominating victories setting new Connecticut State records in the 200-M Individual medley at 2:17.11 and the 400-Individual Medley at 4:51.23.

The individual medley efforts along with a pair of silver medals 100-Breast (1:12.77) and 200-Breast behind Northwestern University and Weston resident Sophie Angus gold qualified Lynch for her first USA Senior National Championship and World Championship Selection Meet in Irvine, California, where she will be one of handful of 14-and-under swimmers competing (July 25-29) side by side two dozen USA National Team and Olympians. Lynch also grabbed gold in the 200-Free (2:04.73) and silver in the 400-Free (4:21.69) behind Yale Junior Kendall Brent.

The Dolphins’ Women’s Relay golds came in the 200-Free Relay where Hazlett and Lynch combined with Samantha Scott, 17, and Sophie Jahan, 18 for a new Connecticut record at 1:49.25. The quartet also combined for gold in the 400-Medley Relay at 4:24.30 as well as a pair of bronze medals in the 400-Free and 200-Medley relays.

Other Dolphins reaching the finals included Greenwich resident Samantha Scott, a rising senior at the Choate Rosemary Hall School who was tenth in the 50-Free (27.67); 100-Free (59.76) and 200-back (2:26.57) and eleventh in the 100-Back (1:07.52). As with Hazlett, those times qualified her for July 31-August 4 National Club Swimming Championships in Indianapolis, Indiana.

Alexander Hazlett, 14, three weeks removed from the USA Swimming 14-and-under Boys Select Camp at the University of Virginia, posted a pair of strong efforts in the 200-IM (2:15.84) and 400-Individual medley (4:52.51) for twelfth and fifteenth place, respectively. The USA select Camp identifies 30 of the Nation’s Top 14-and-under swimmers and brings them together for a 3 training and technique camp.

And the weekend of July 26-29 two dozen swimmers will compete and the Connecticut State Age Group Championships at Wesleyan.