The YWCA of Greenwich recently held an event centered around the controversial Netflix series 13 Reasons Why.

The event discussed ways to talk about the show’s content as a starting point to a broader conversation parents can have with their children about tough issues that come up in the series.

The discussion emphasized that the series could be a good opportunity to engage teens in talking about topics like romantic relationships, friendships, cyberbullying, sexual consent, how to help a friend who is in crisis and suicide prevention. 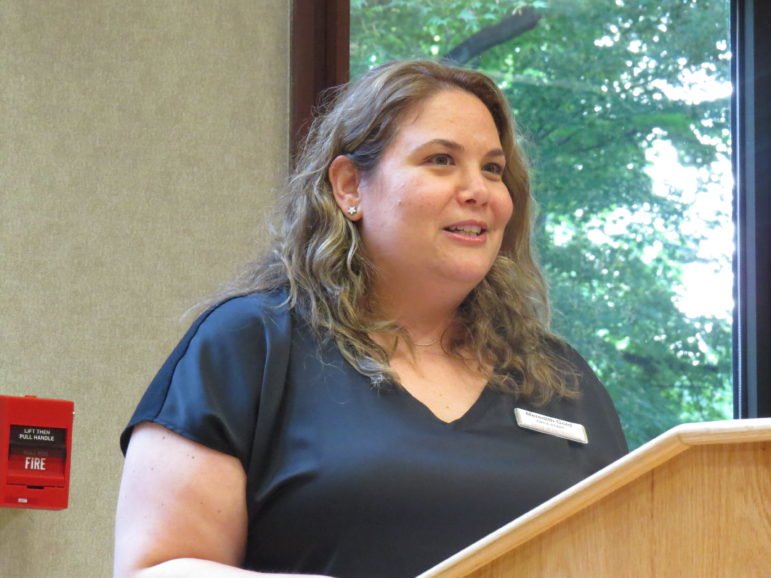 Meredith Gold tells parents the goal is not to alarm them. June 12, 2017. Photo: Devon Bedoya 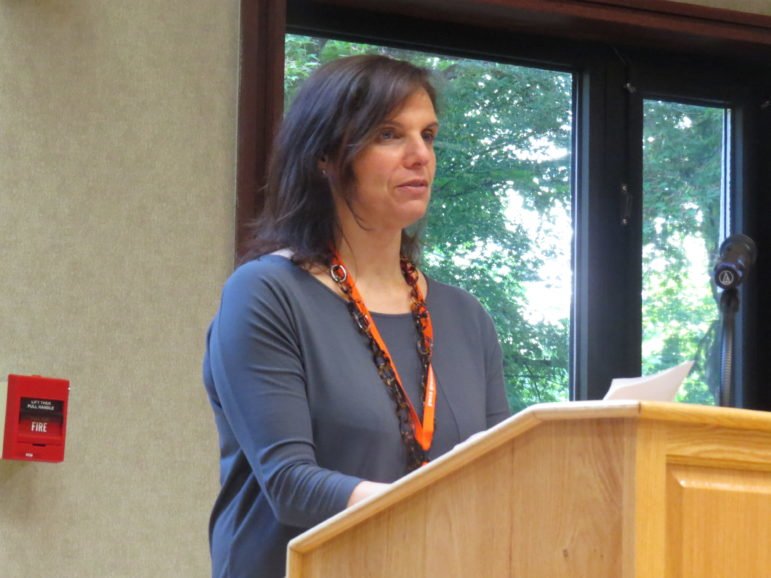 Yajaira Gonzalez talks about what teens in YNET think about the series. June 12, 2017. Photo: Devon Bedoya 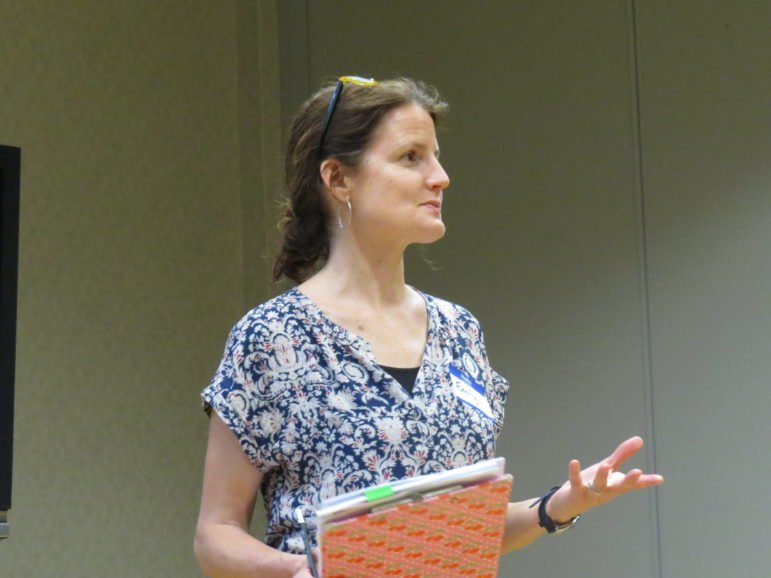 The discussion was led by representatives from the Domestic Abuse Services department of the YWCA of Greenwich including Director Meredith Gold, Prevention and Outreach Coordinator Leslie Coplin and Community Educator Yajaira Gonzalez. Dr. Michelle Crimins, a clinical psychologist specializing in children and adolescents, was also part of the panel as well as Emily Trotman, a Parent Group Facilitator.

At the start of the event, Gold said that the goal of the event was not to alarm parents.

“We’re not here to scare you, but we do want to emphasize the importance of engaging with our teens and our youth to talk about relationships and risky behavior including suicide prevention,” she said.

Gold showed parents a video clip called Beyond the Reasons, which explains the importance of the show’s content as told by the actors, producers, director and author of the book that inspired the series.

“The whole issue of suicide is an uncomfortable thing to talk about, but it happens. So we have to talk about it. It’s dangerous not to talk about it because there’s always room for hope,” said Jay Asher, author of 13 Reasons Why. 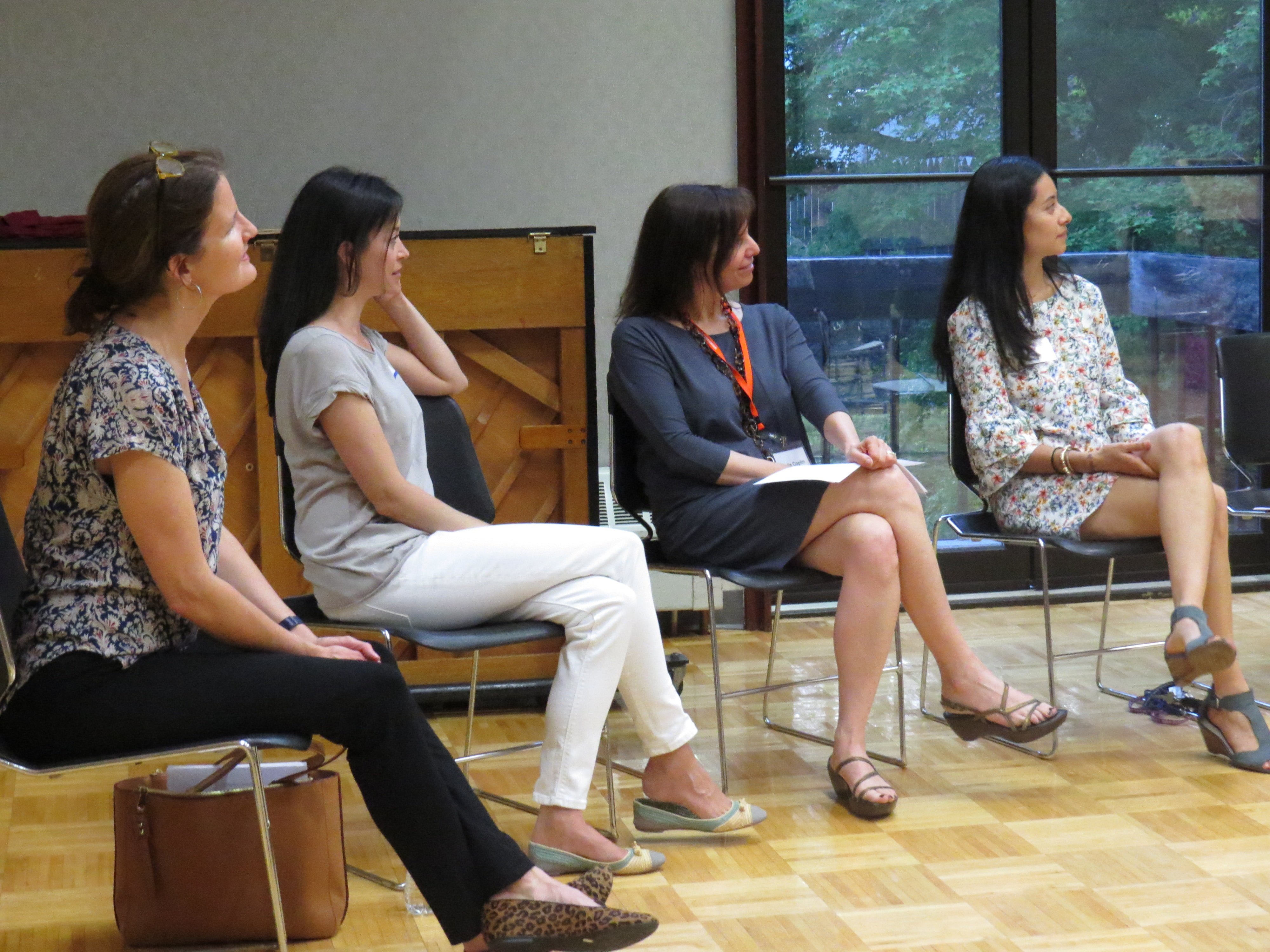 Gonzalez then talked about what teenagers are saying about the Netflix series.

As the advisor of YNET, a club at Greenwich High School that raises awareness about teen dating violence, she started a conversation with the group about the show.

“The show dropped the ball on portraying mental illness in a way that is safe for teens to see,” said one of the YNET members that Gonzalez talked to.

“The show romanticizes suicide in a big way, and can give kids the idea that if they kill themselves they will finally get the attention that they want, or even worse that they can get revenge on the people that wronged them.” – YNET member

This student joins the other critics who view the series as one that glorifies and even encourages suicide.

Gonzalez said that the group was wary about having anyone younger than sixteen watch the show. She said the group thought that although they could all handle the content, it might be too much for younger teenagers because younger children are still impressionable.

Gonzalez did say that the group agreed the show could be a good tool for parents to understand issues that teens are facing and to engage their teens in a healthy conversation about tough issues.

“We now have a generation of kids who have made the choice to watch this show, and in doing so they may have gotten in over their heads. This is your chance as a parent to say, ‘I’m going to watch this with you, I’m okay dealing with these topics, and you can come to me.’” –Dr. Michelle Crimins.

Crimins continued the discussion to give parents some guidance on how to talk to their teens about difficult topics.

“Turn off your impulse to give advice, and turn on your ability to listen,” said Crimins. 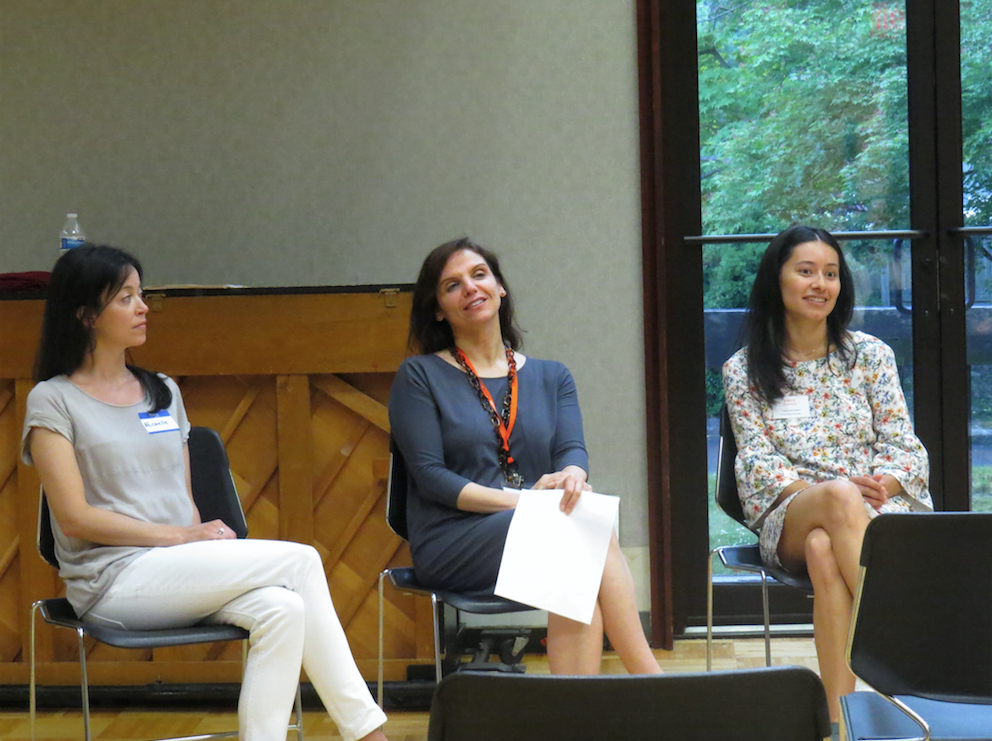 Panelists speak with parents about how to best talk to their teens. June 12, 2017. Photo: Devon Bedoya

Trotman was also one of the main organizers of this event.

“I hope that this event will help parents understand more about the nature of being a teen,” she said.

The event was geared towards helping parents and teens start a dialogue and work through difficult topics such as suicide.

“The goal is not perfection, it’s just resiliency and overall health.” -Leslie Coplin.