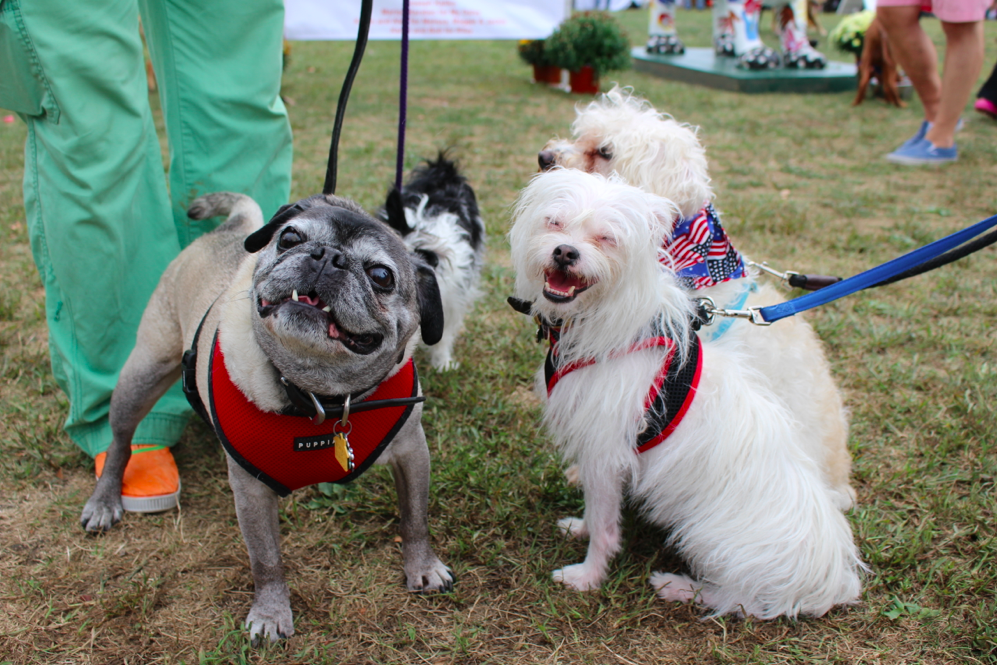 Puttin’ on the Dog is a major fundraiser for Adopt-A-Dog, so waking up Sunday morning to discover rain sent a shiver. But the sun came out and it was nice and warm. Turnout was great and there is even better news this year.

Kennel Manger Kristen Alouisa said that there were applications received for adoptions for over half the Adopt-A-dog dogs, which is great news. Last year only one dog got adopted as a result of the event, and the year before none were placed. 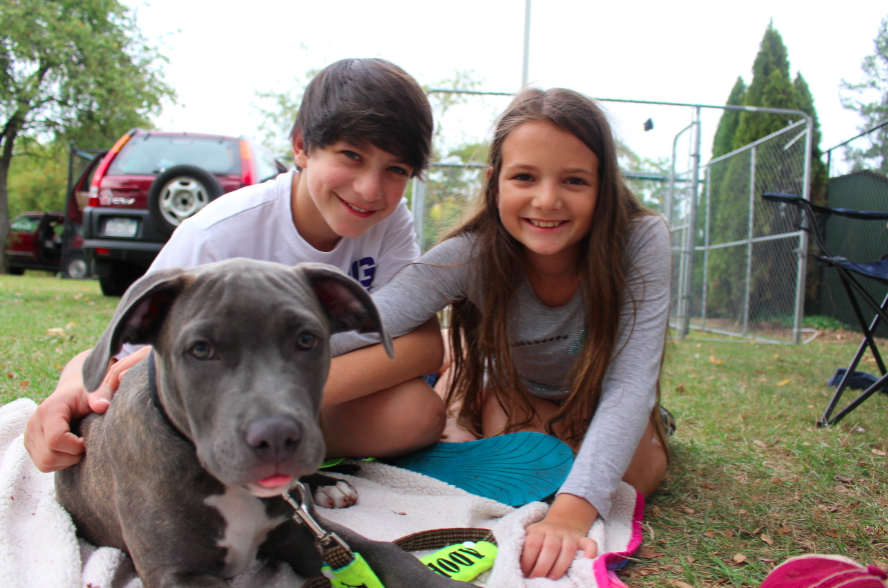 The Mondscheins love their black labs, but they had a great snuggle with Reggie the 3-month old pit bull puppy who is available for adoption from Cat Assistance. Credit: Leslie Yager

Unfortunately, Kara did not snag her dream home, but no one has given up. She is really a nice girl and just needs to be an only-dog. Please take a second look at Kara and maybe arrange to meet her. She is a love! 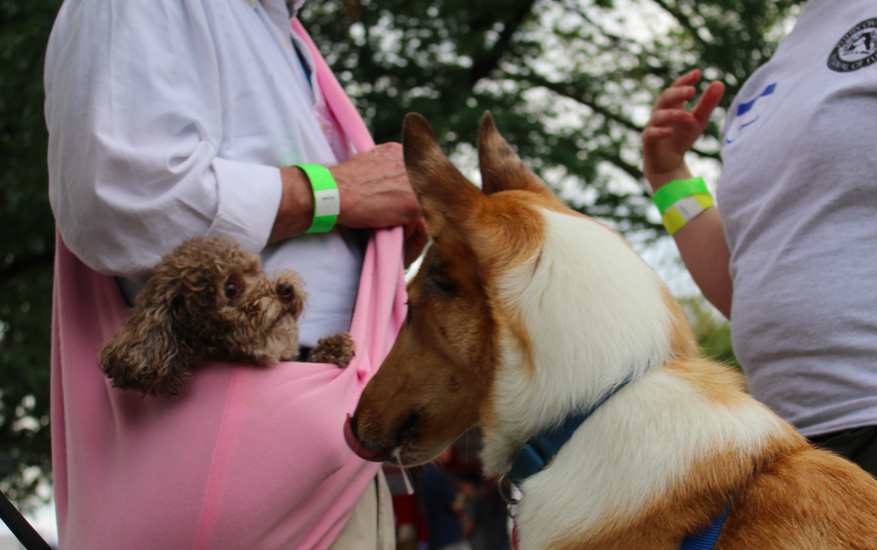 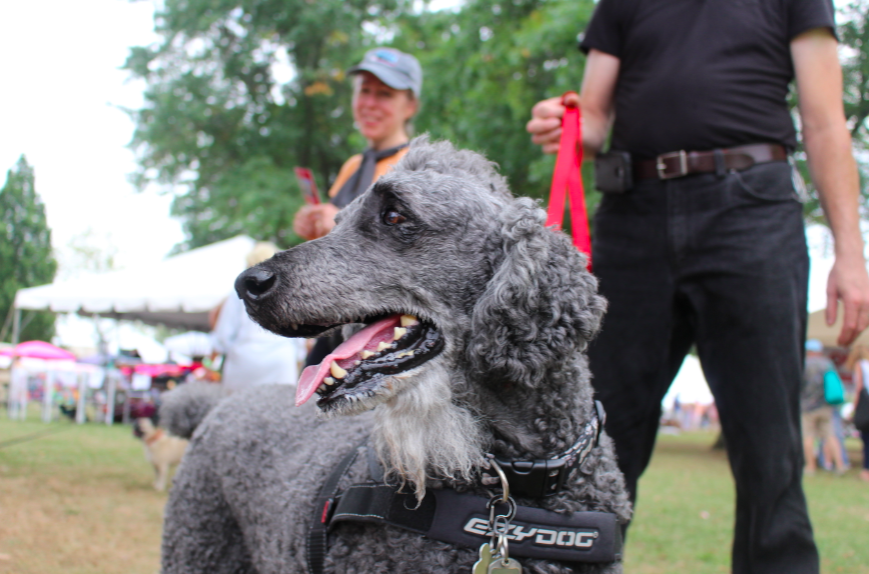 This is Finn from Trumbull who sported an amazing poodle-hawk and goatee. Credit: Leslie Yager 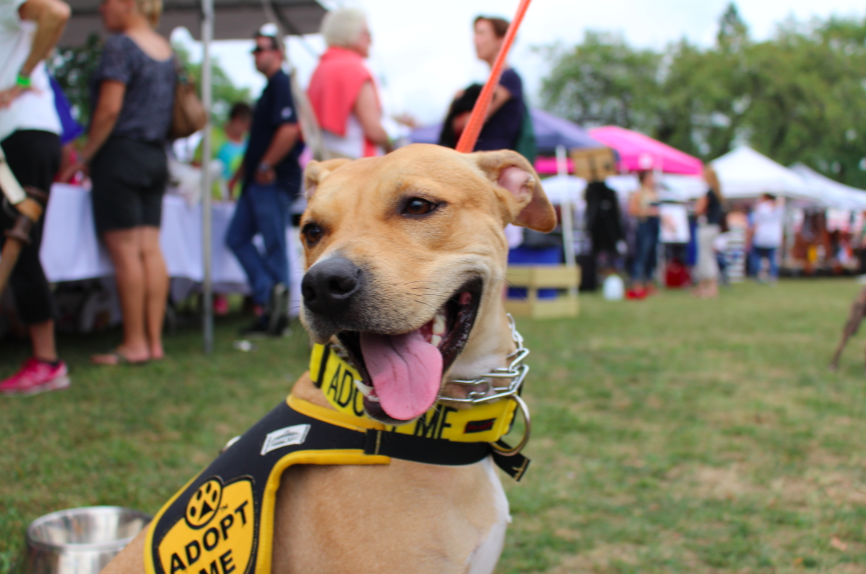 This is Cammie who is an OPIN dog from Stamford being fostered locally. Credit: Leslie Yager

Cammie is being fostered for OPIN. She has benefited tremendously from her foster arrangement and is super sweet. Her Petfinder page has a thorough description of her. 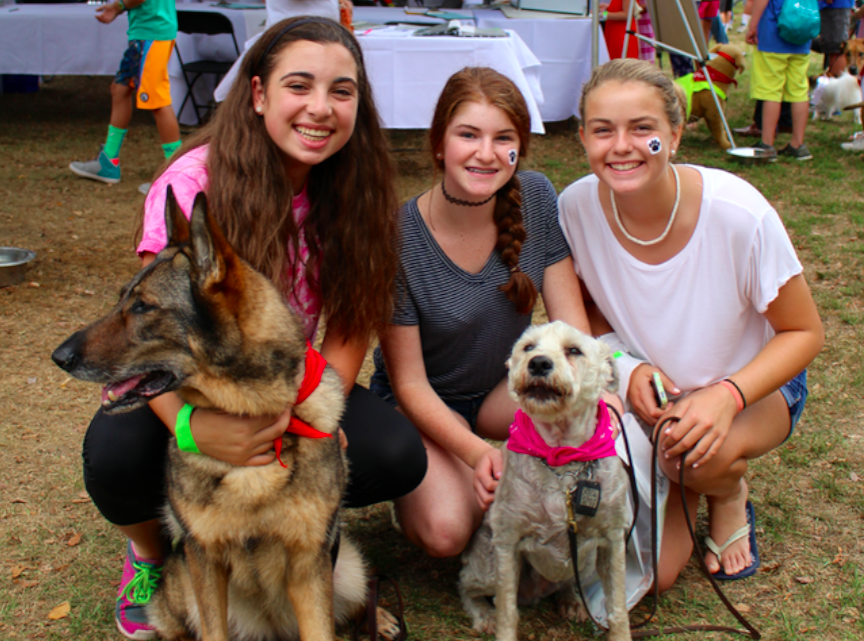 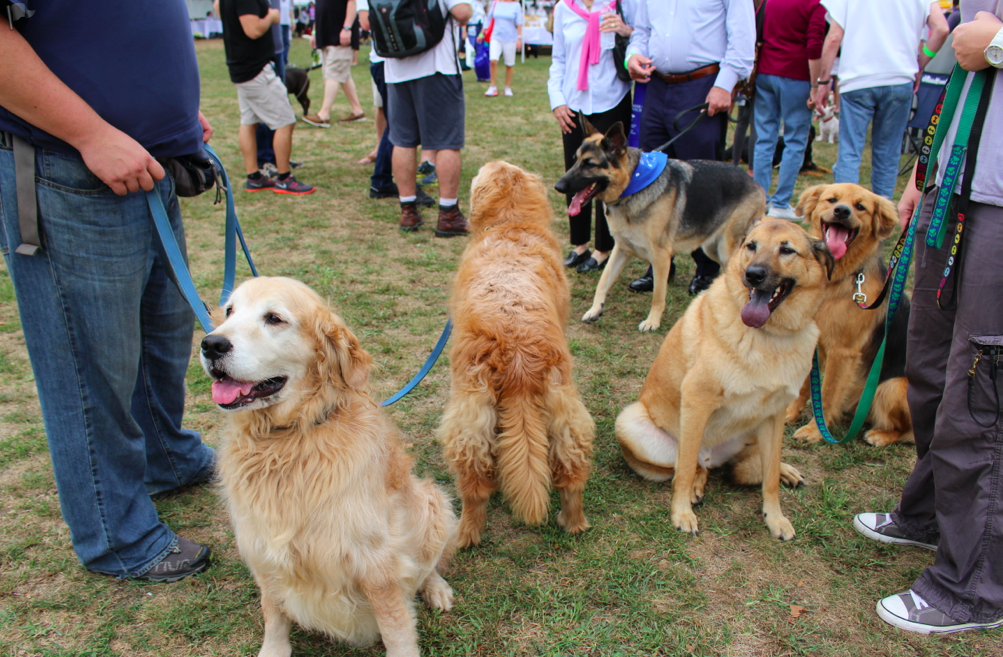 The Dinan family of six at Puttin on the Dog: Mike and Marie, plus Louis, Wilbur, Russell and puppy Marvin!! Credit: Leslie Yager 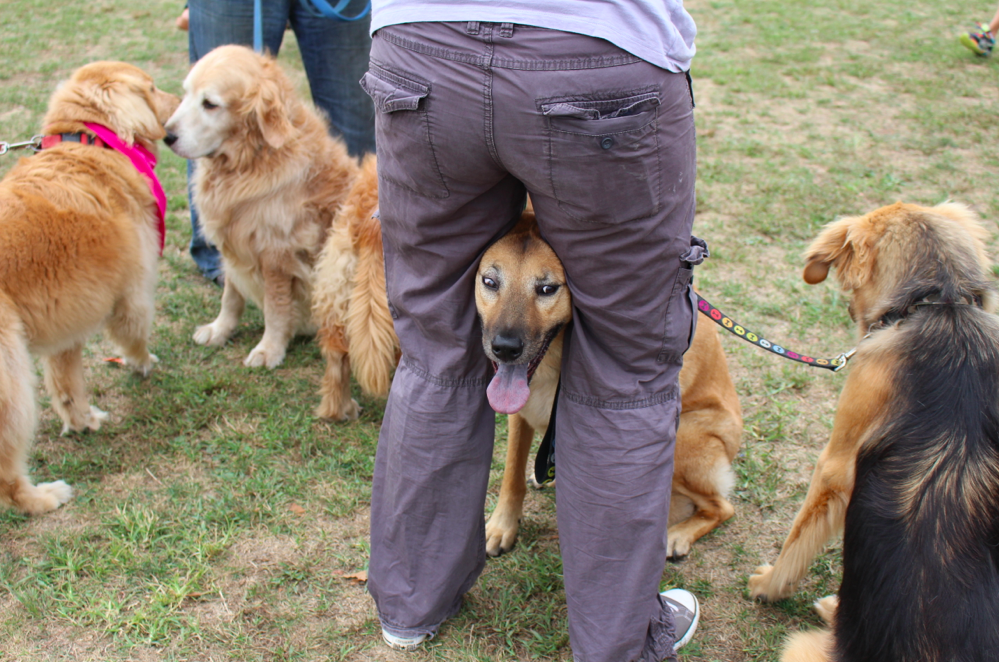 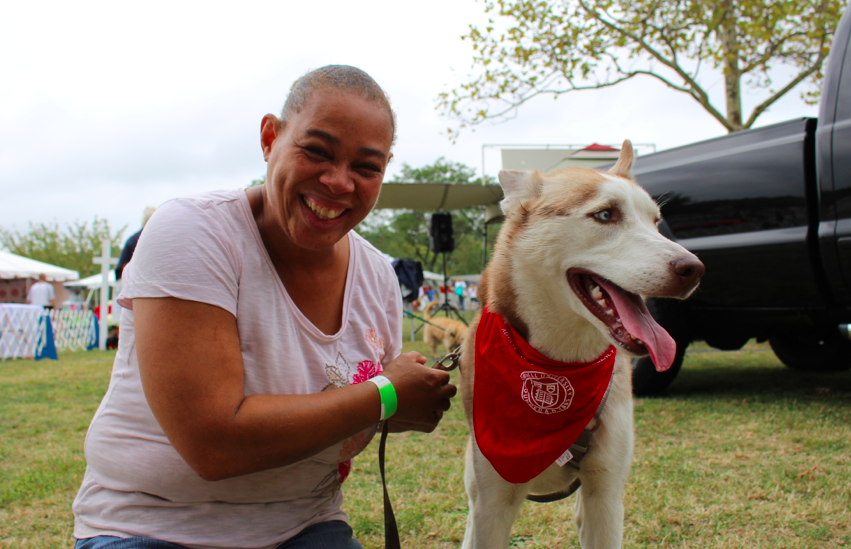 Tracey Camacho and Susie at Puttin’ on the Dog. Credit: Leslie Yager 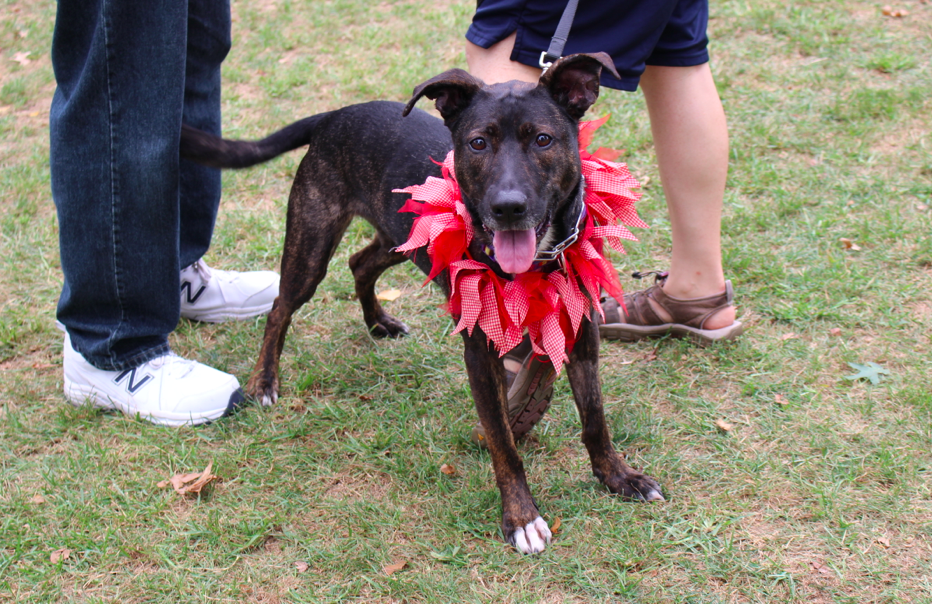 This is Kara. She is the featured dog of Puttin’ on the Dog. Credit: Leslie Yager 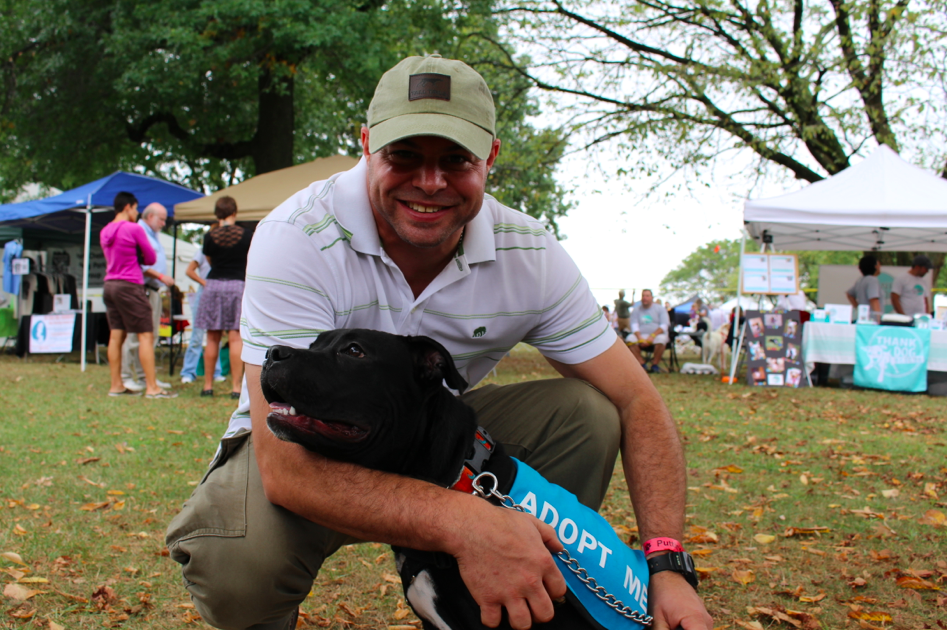 Ari Jacobson and the newest addition to his family, Rex, a pit bull puppy rescued through Tina at Cat Assistance.  Credit: Leslie Yager

Ari Jacobson adopted Rex, a pit bull puppy who was being fostered by Tina Aronson in Greenwich. You may remember Rex, who we featured last week on Greenwich Free Press. After a couple weeks at Tina’s spent playing with her Pug “Max” and Pit Bull “Delilah,” and a Saturday in Bruce Park at the Greenwich Kennel Club’s dog show, Rex made his way into Ari’s heart.  What’s even greater than a forever home is that Ari is part of the Pet Pantry leadership team and Rex will no doubt have access to some great food and awesome toys. 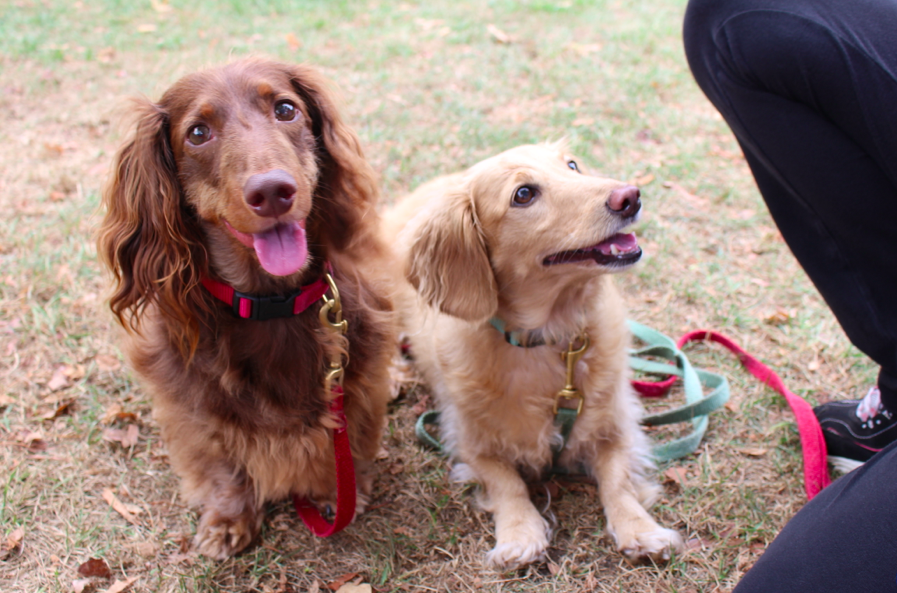 Megan and her dachshunds of Lexington! Credit: Leslie Yager 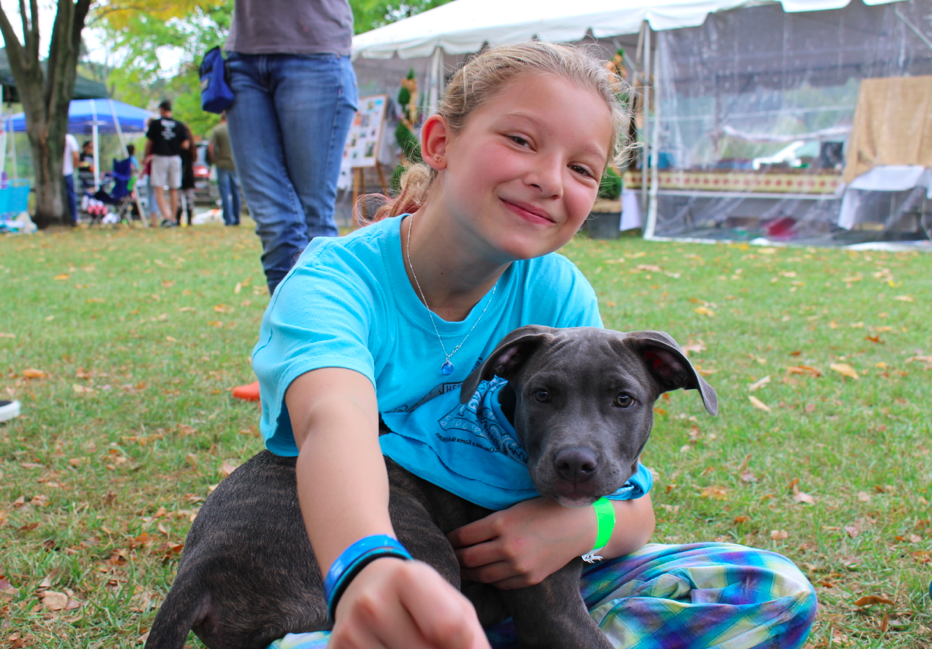 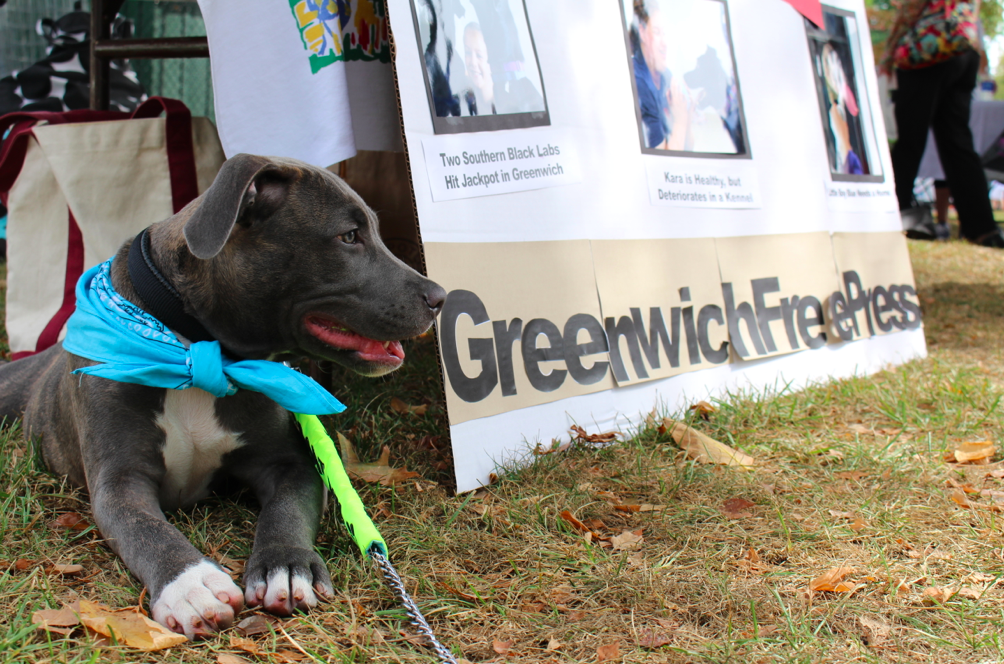 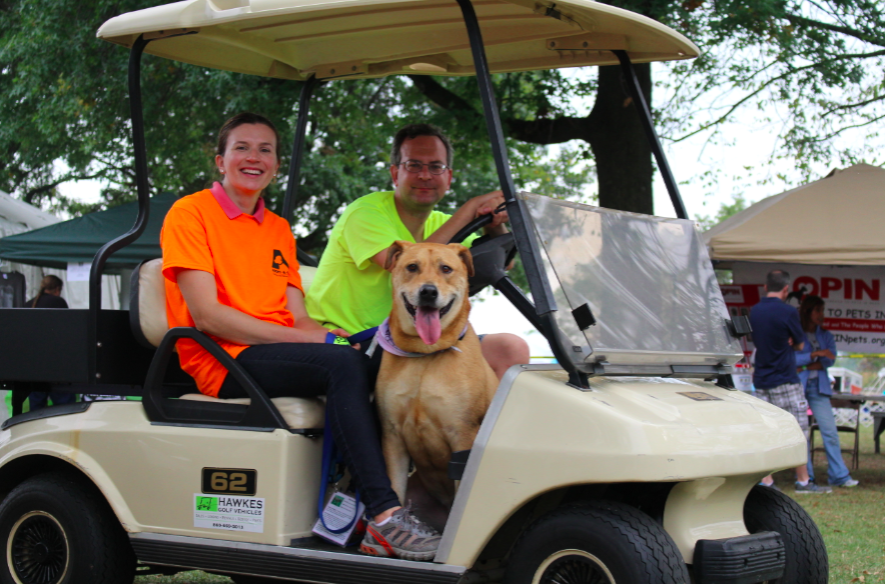 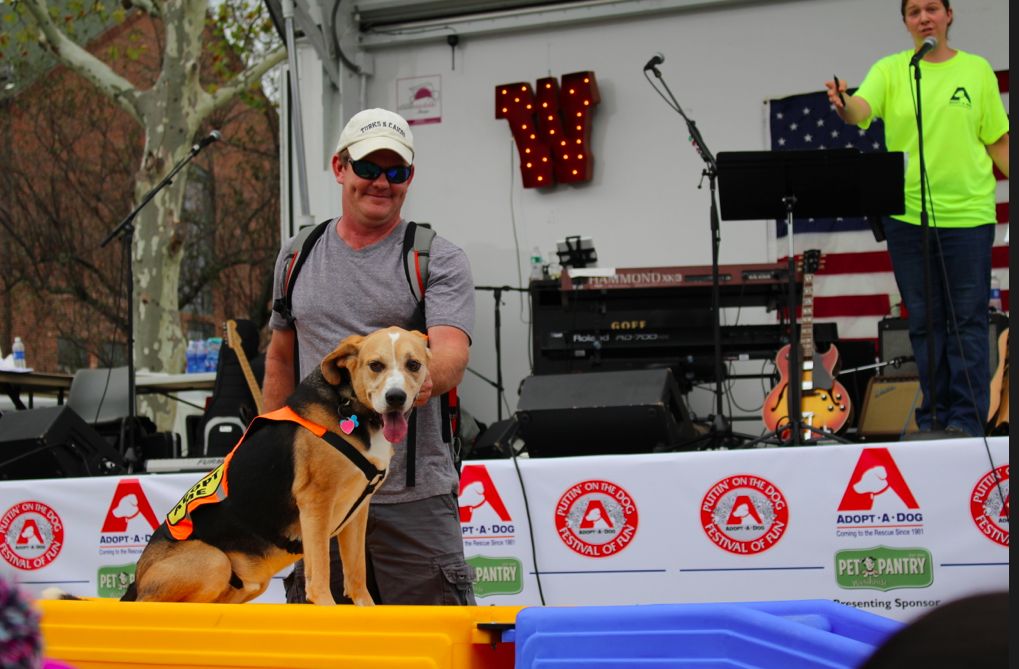 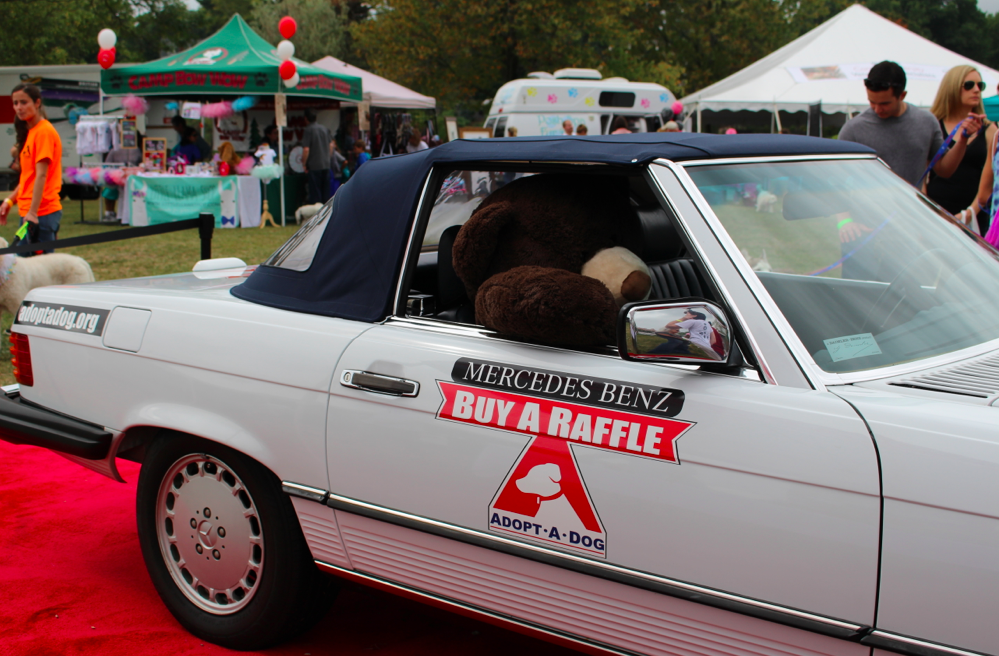 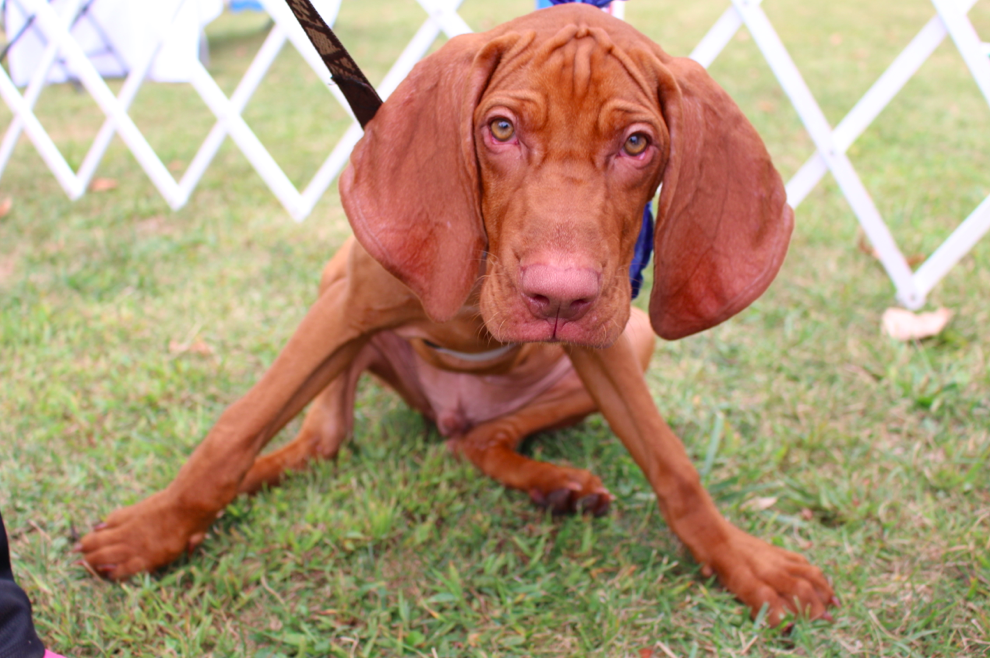 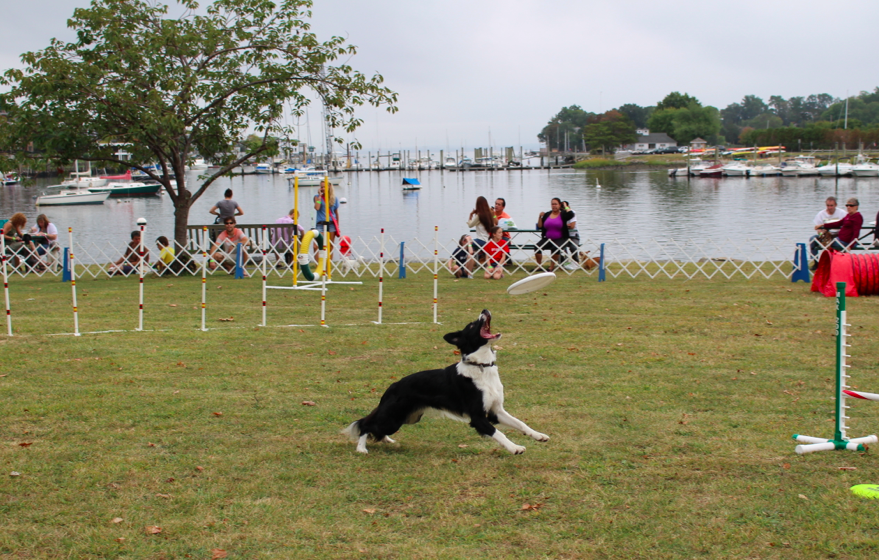 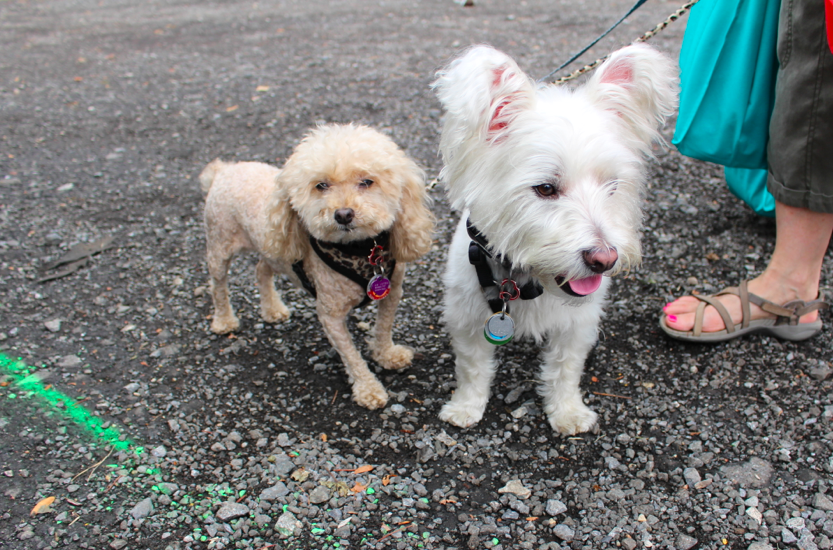 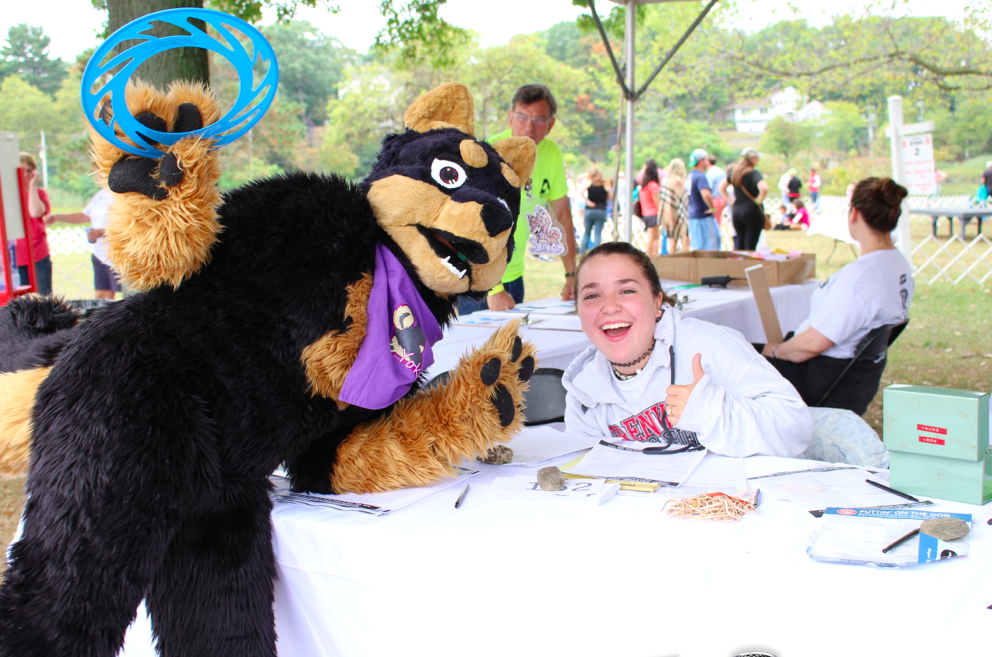 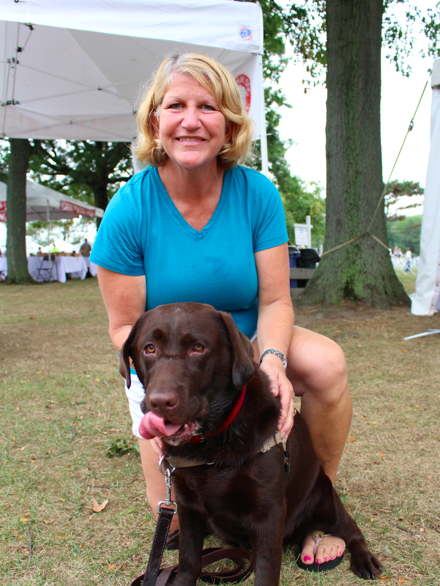 Meg Stewart and Molly at Puttin on the Dog. Credit: Leslie Yager 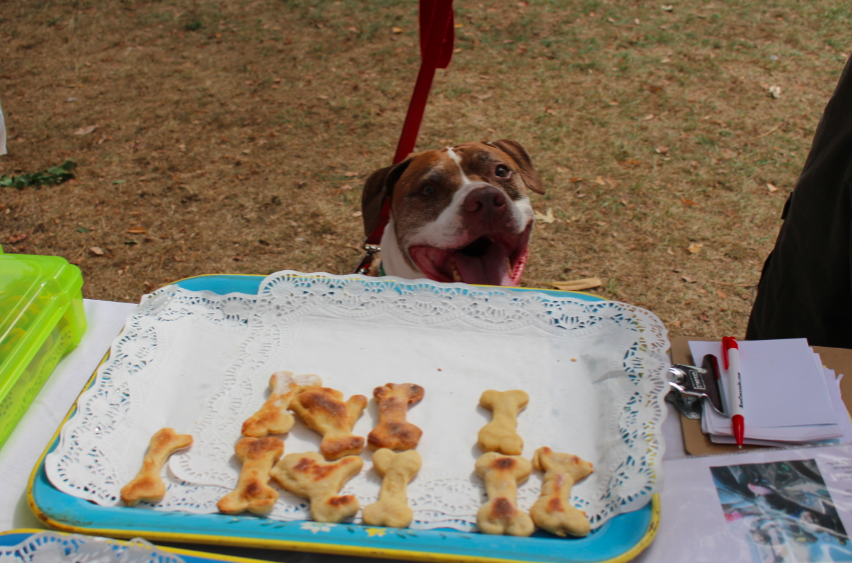 Tyke was such a gentleman. He walked up to the dog biscuits and said, ‘May I please have one?” Of course! Credit: Leslie Yager 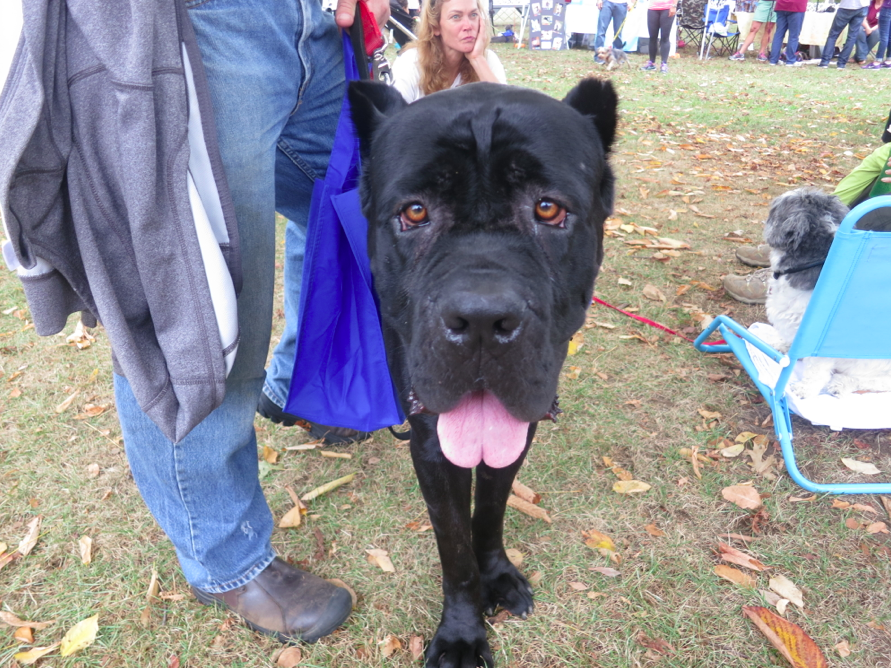 If you missed Puttin’ on the Dog, it’s too bad, but the good news is that Adopt-A-Dog‘s Howl & Prowl event in Greenwich Common (on Greenwich Ave by the Havemeyer building,) is just a few weeks away! Sunday, Oct. 26 from 1:00pm to 4:00pm. 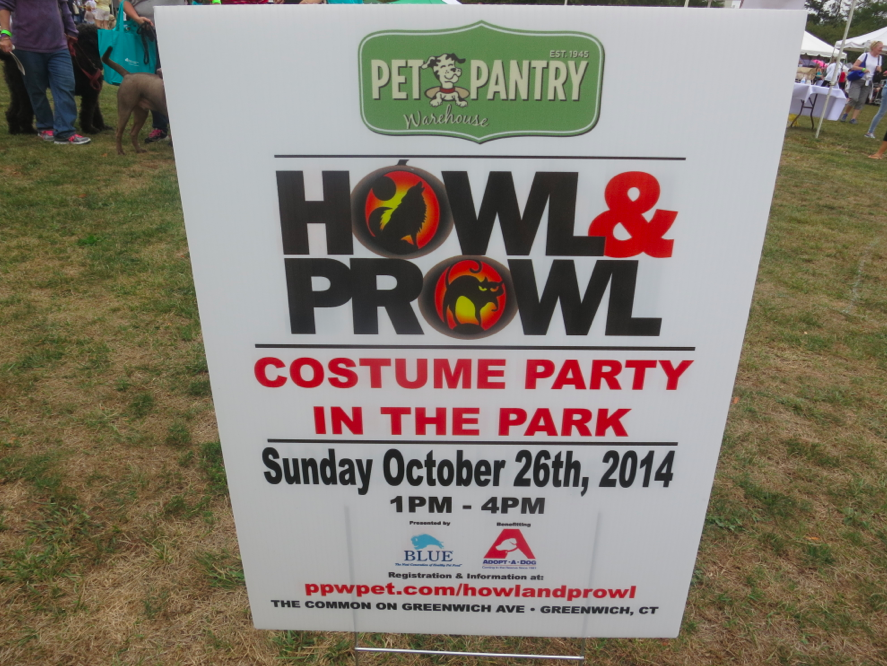 Lots of Blooms, No Barks at Adopt-A-Dog Fundraiser at McArdle’s

Dog Dilemma: Kara is Healthy, Smart & Eager, but Deteriorates in a Kennel