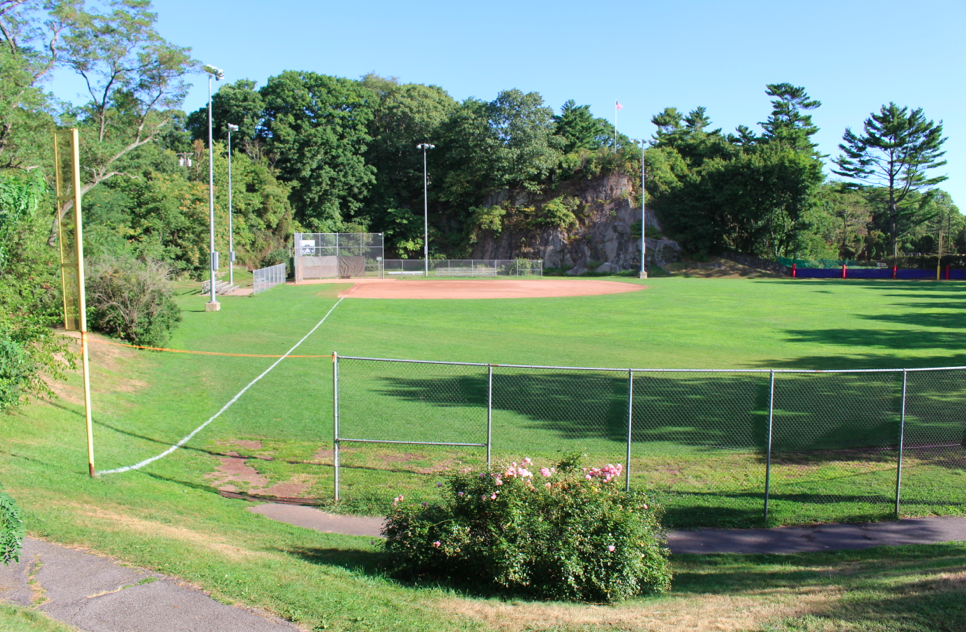 Premier Lighting Group opened up an early lead, then held off a determined Longo’s Carting team to grab a thrilling 21-19 victory and the Men’s Town Softball Championship. The win gave Premier its fifth title in six years. Huddle Up Sports won the Championship last year, when they defeated Longo’s in a close contest.

Both teams used the long ball during a pleasant late summer evening at Teufel Field, but the Lighting Group got just a little more out of their homers. The Carters hit six homers accounting for 12 runs, but Premier clubbed five, which brought home 14.

Longo’s came out swinging in the first inning and led 4-1. But the Lighting Group exploded for 15 runs over the next two innings to take a 16-7 advantage. The lead was 17-8 going to the top of the sixth, but the Carters never quit, coming up with 11 runs in their last two turns at bat and had the tying run at the plate. Kris O’Hara’s grand slam in the bottom of the sixth proved to be the difference.

Longo’s was sparked by Jamie Longo’s perfect five-for-five, featuring a home run. He also scored four runs and drove in another. Joe Troisi was four-for-five, batting two runs in. Tommy Bisignano, Jason Grabowski, Chris Marullo and Mike Marullo all had three hits in five tires, with Mike Marullo batting in six runs. The Carters balanced attack also included a piar of hits each for Kenyon Ferguson and Chris Smith. Manager Teddy Lorch and Tyler Herrmann also contributed to the cause.