This article originally appeared on sister site NewCanaanite.com and was written by Mike Dinan

New Canaan Police are calling for the public’s help in identifying the owners of an off-leash dog that attacked and gravely wounded a smaller canine in New Canaan last week, and left the scene. 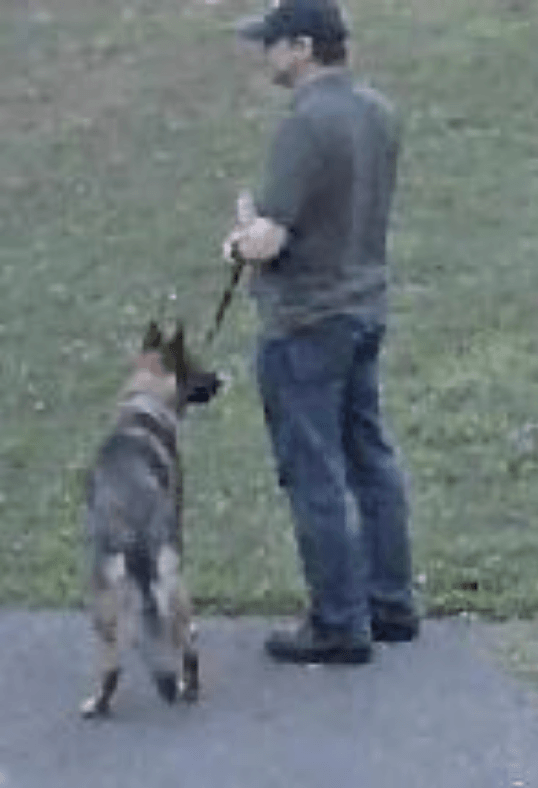 The man and dog in question. Photo courtesy of the New Canaan Police Department

The attack took place in the back of South School, near Crystal Street, at about 8:50 p.m. on July 11, according to Officer Allyson Halm, head of the New Canaan Police Department’s Animal Control section.

A man and woman had been with the aggressor dog, a shepherd-type breed, when it attacked a mini-golden doodle who was on leash, Halm said.

The pair were asked for contact information but declined to give it and left, she said.

Though police have some footage of the man from area surveillance cameras (see above), no information on their vehicle’s make or license plate could be seen, she said. 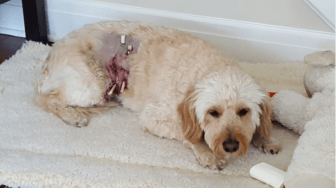 The victim dog, Roxie. Photo published with permission from its owner

Anyone who knows or recognizes the attacking dog or owners is asked to please contact Animal Control at 203-594-3510.