Saturday was a bit overcast and mild, which translated into the perfect weather for serious sand sculpture artists of all ability.

Some people, like  Kieran Curley, who assembled a giant foot with his son Martin Curley, tackled their project with gusto.

“I’ve been doing this for twenty years,” said Kieran. “They used to have a more serious competition and I came in third place one year with a giant sculpture of Free Willy,” he said recalling his winning entry back when the event had a bigger emphasis on competition. 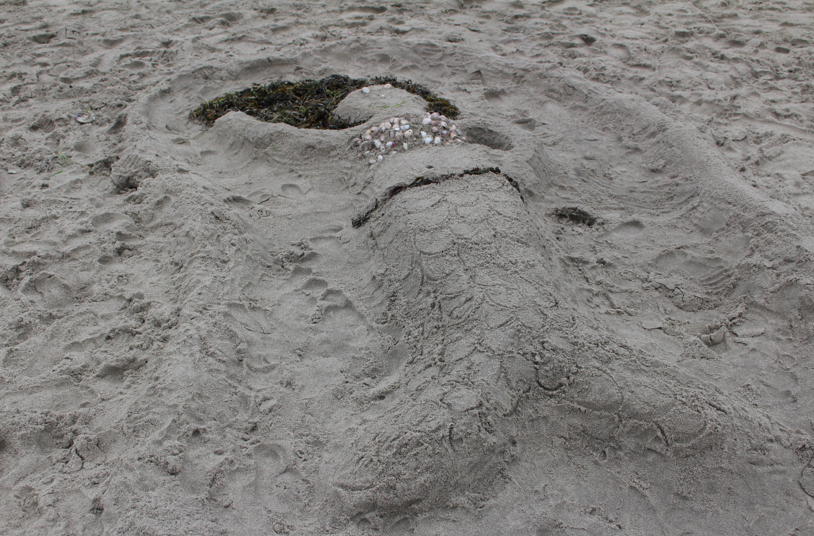 This year all participants received a blue ribbon and a coupon for a free smoothie from Meli Melo, which resulted in smiles up and down the beach. Eight sculptors received Meli-Melo hats for what Patricia Troiano of the Parks & Rec Dept described as going “above and beyond.”

Kieran Curley would probably continue to participate for the sake of art, but he said he misses the more fierce competition. “I’m in it for the glory,” he joked before returning to shoveling in earnest. 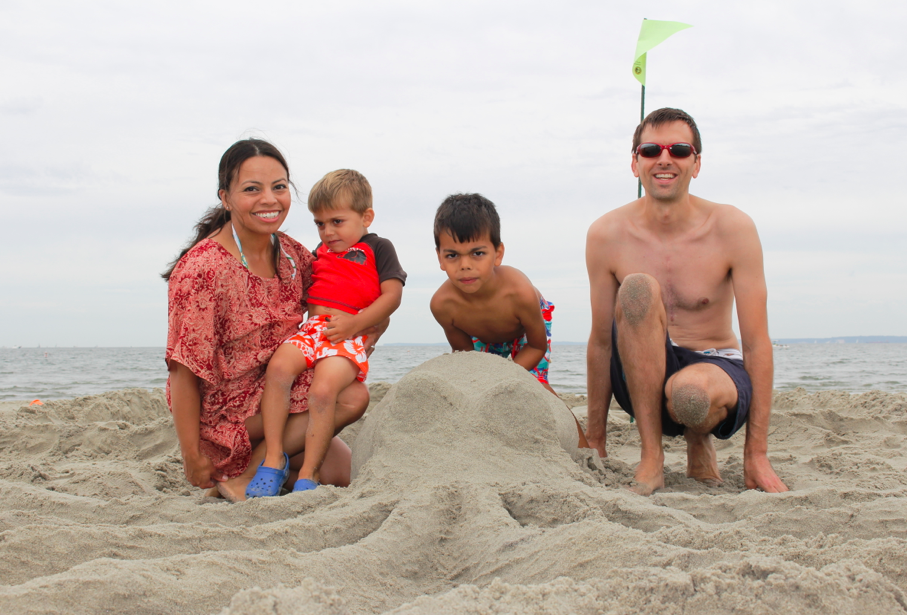 The Grandjacques who were chatting in French during SandBlast with sons Lucas (6) and Mateo (3) who both attend Hamilton Ave School. Credit: Leslie Yager

Paul Master-Karnik said the event has been going on for at least thirty years. Master-Karnik, the director of the Greenwich Arts Council said his organization has partnered with the Town’s Parks & Rec Department year after year, with a rotating crew of additional sponsors.

Participants had little to do but ask for a flag to designate that they were officially participating.

“I don’t have to pay anything?” gasped one happy mom whose gleeful toddler toted the yellow SandBlast flag through the sand.

With no fee to participate, the event celebrated art, creativity and sense of community. Here’s to another 30 years of SandBlast! 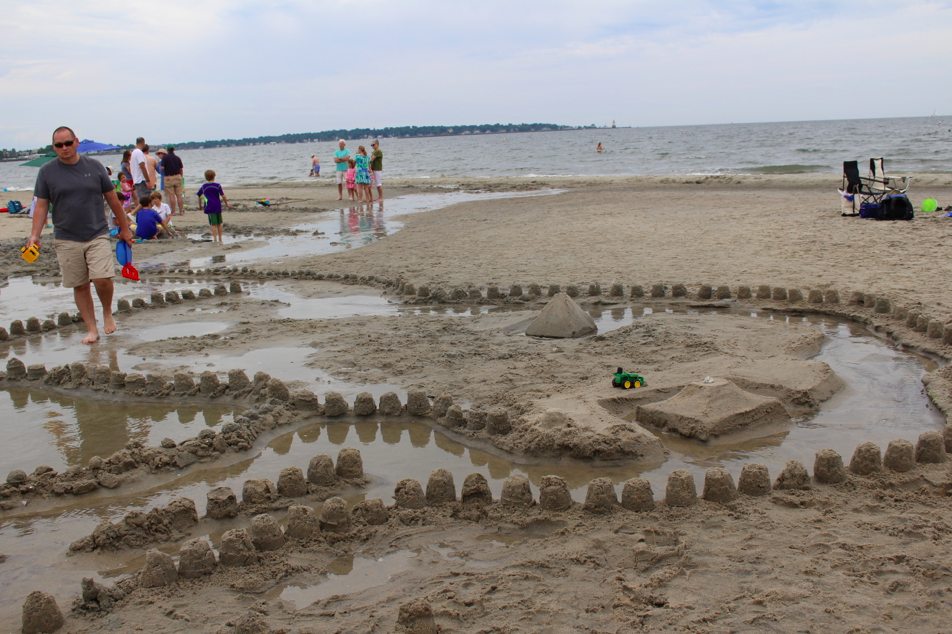 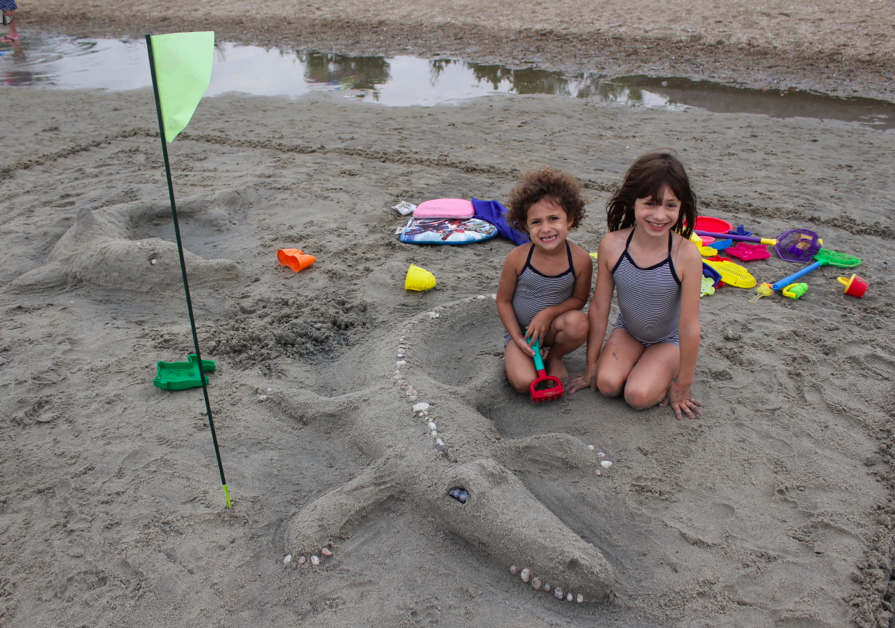 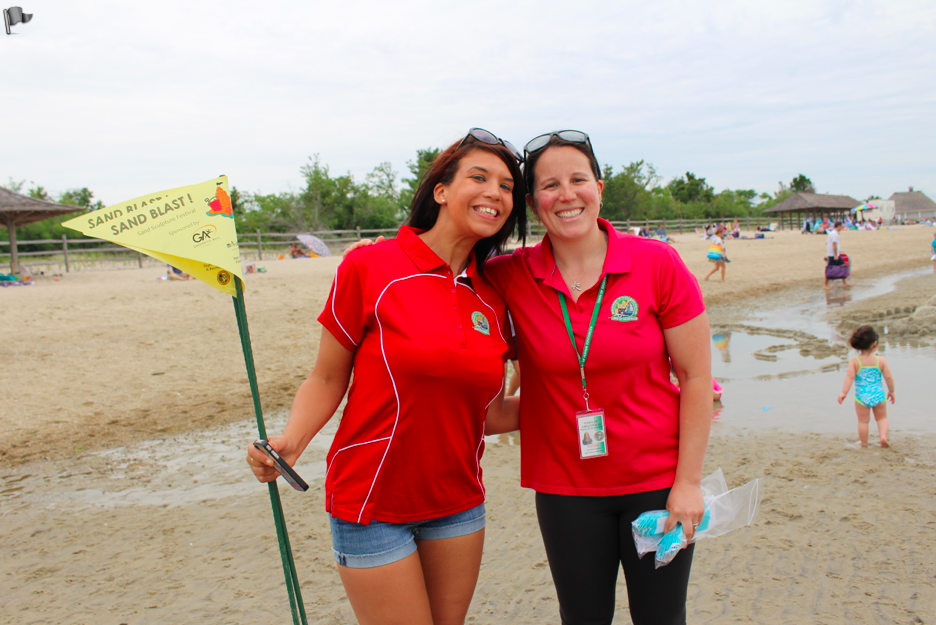 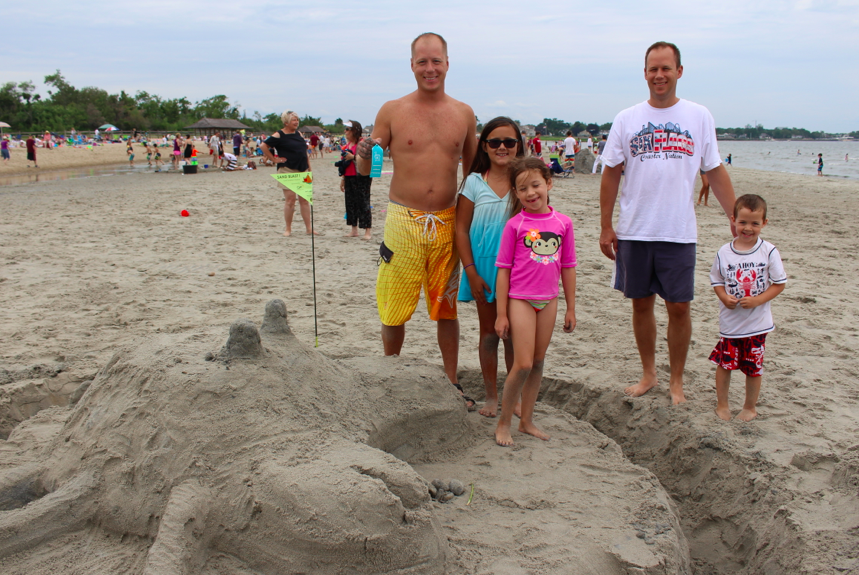 Rudy Funke said the SandBlast event was a happy surprise. Funke lives in Vegas and visits his family once a year in the summer. Credit: Leslie Yager 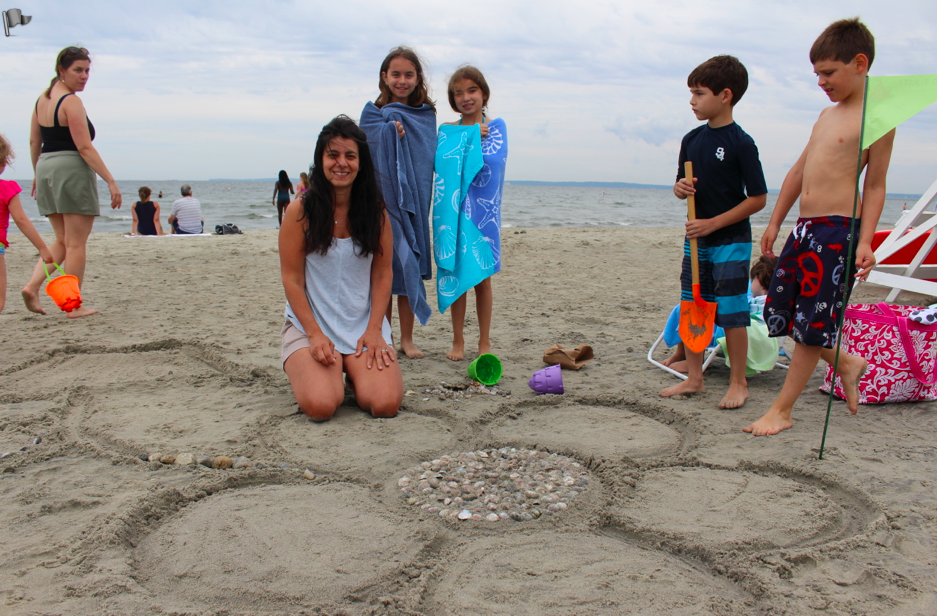 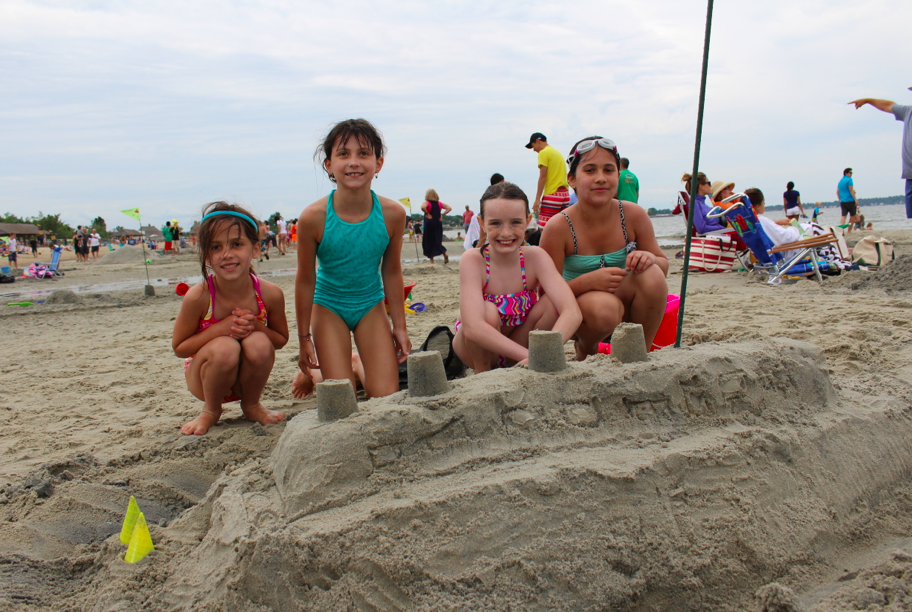 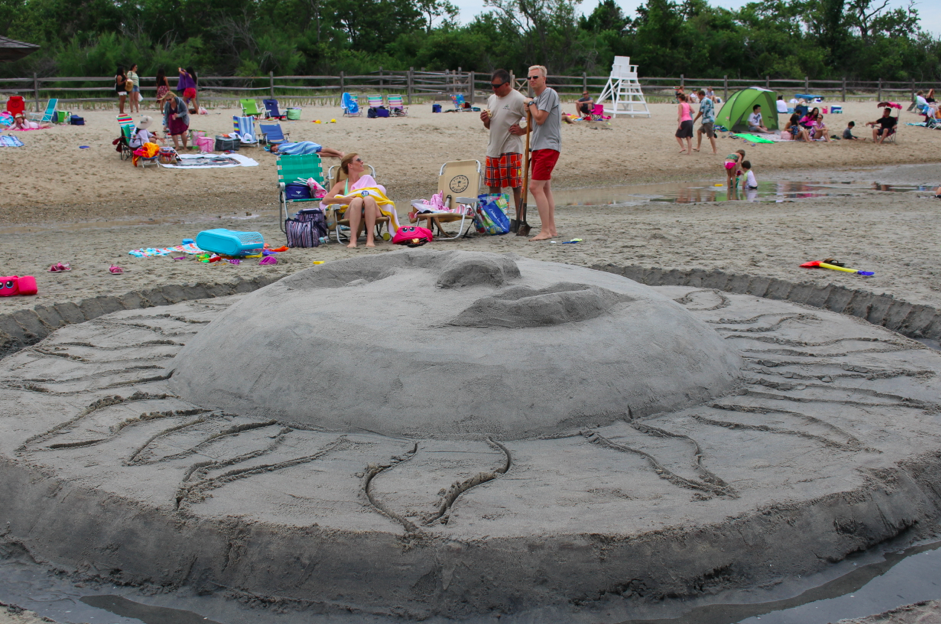 The Tomer and Mund families started out creating a moon and switched to a sun. The sculpture was so big that it was impossible to go back and tweak it without major damage. Credit: Leslie Yager 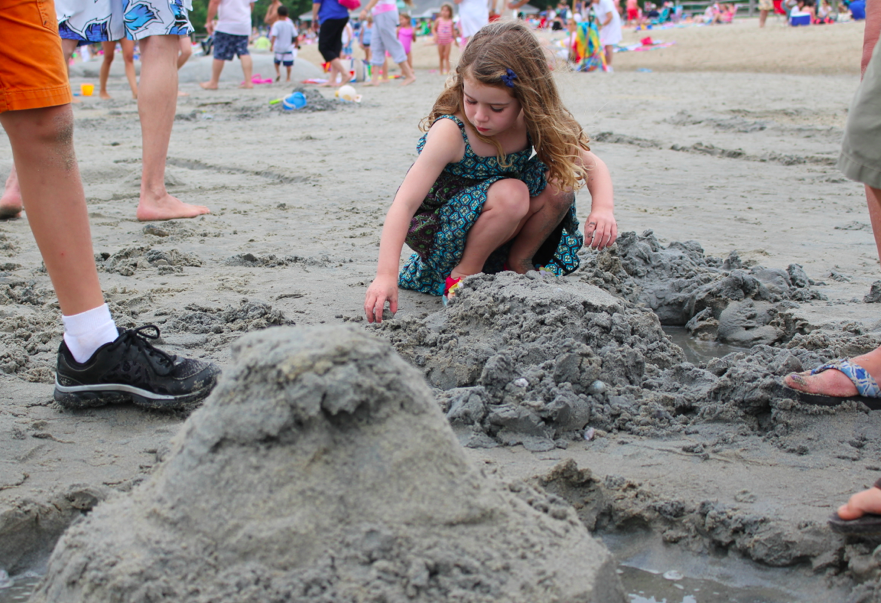 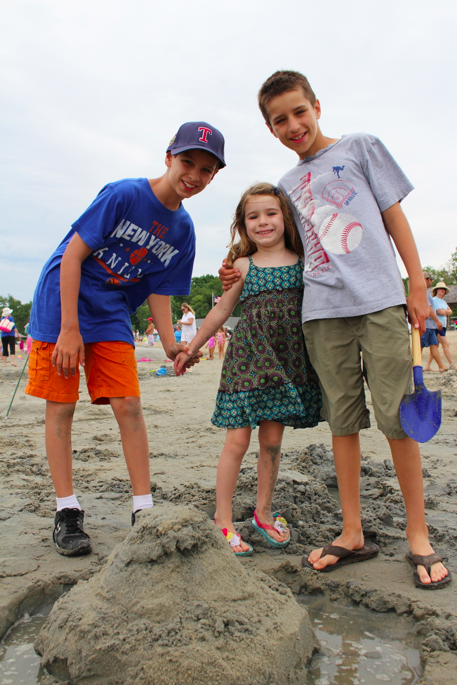 Annie Wind (4) with brothers Charlie (11) and Nicky (10) enjoyed a day at the beach with their grandmother Suzanne. Credit: Leslie Yager 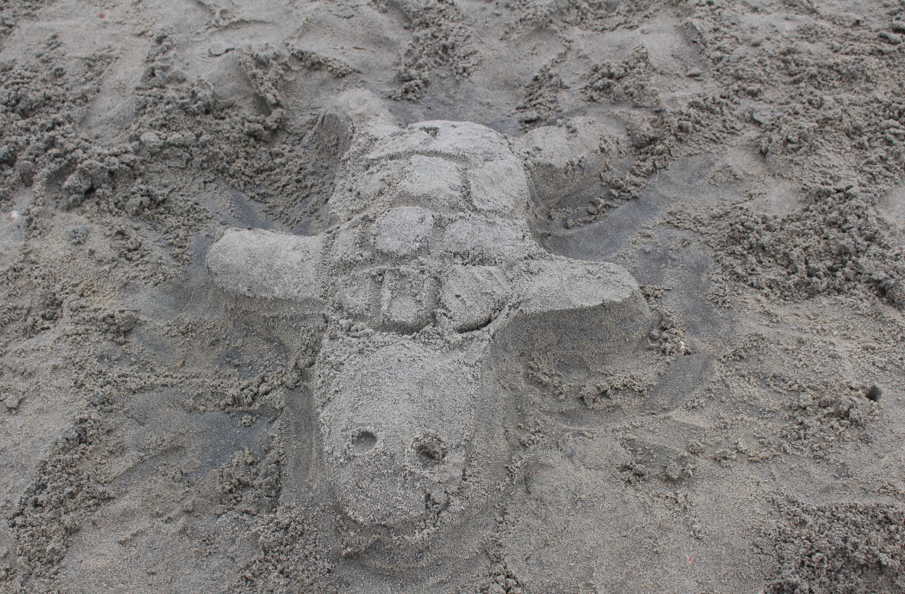 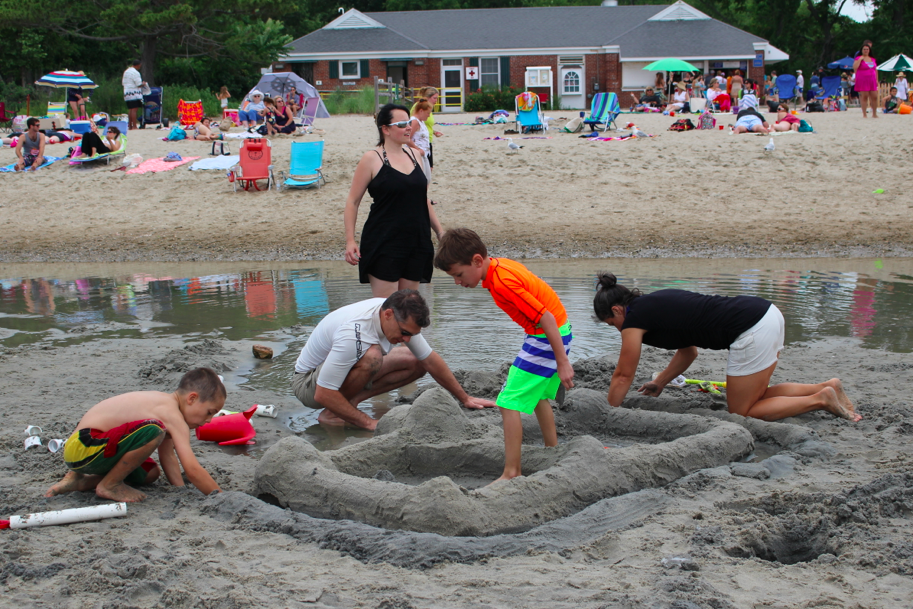 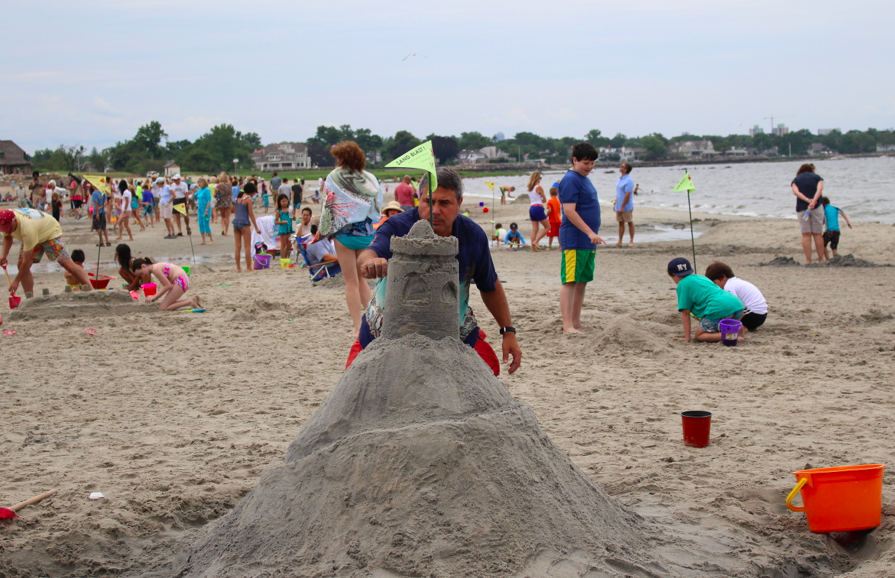 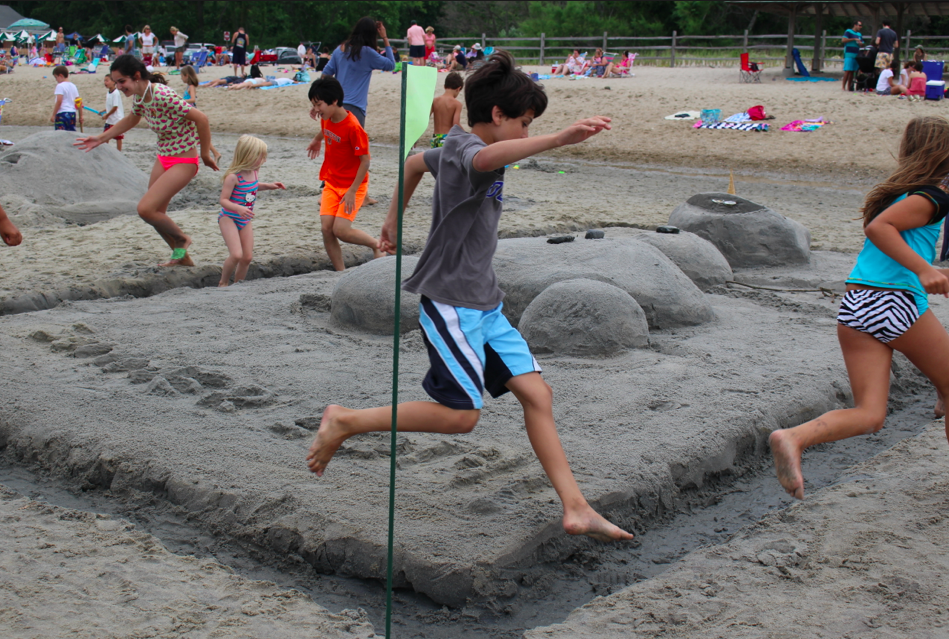 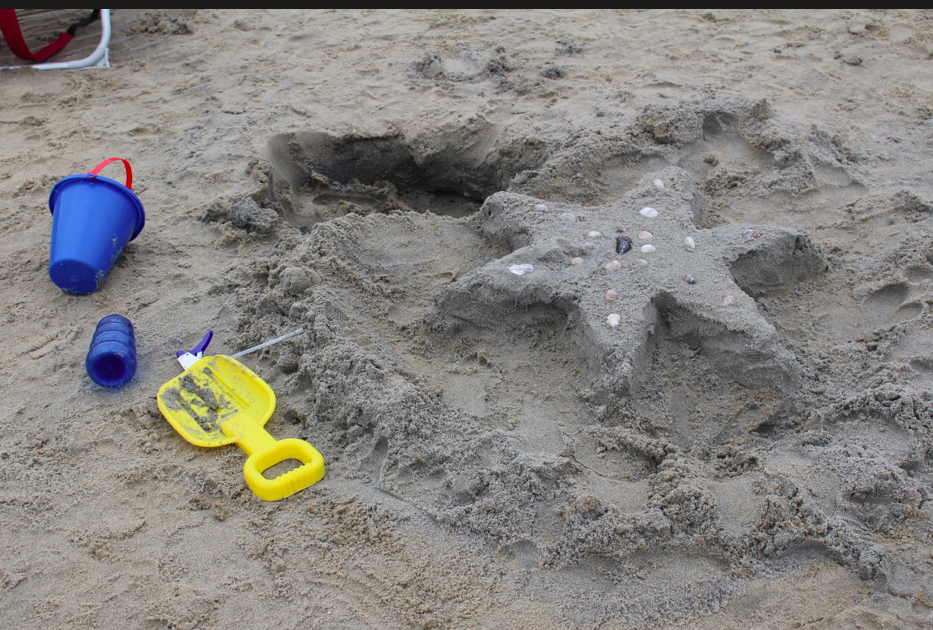 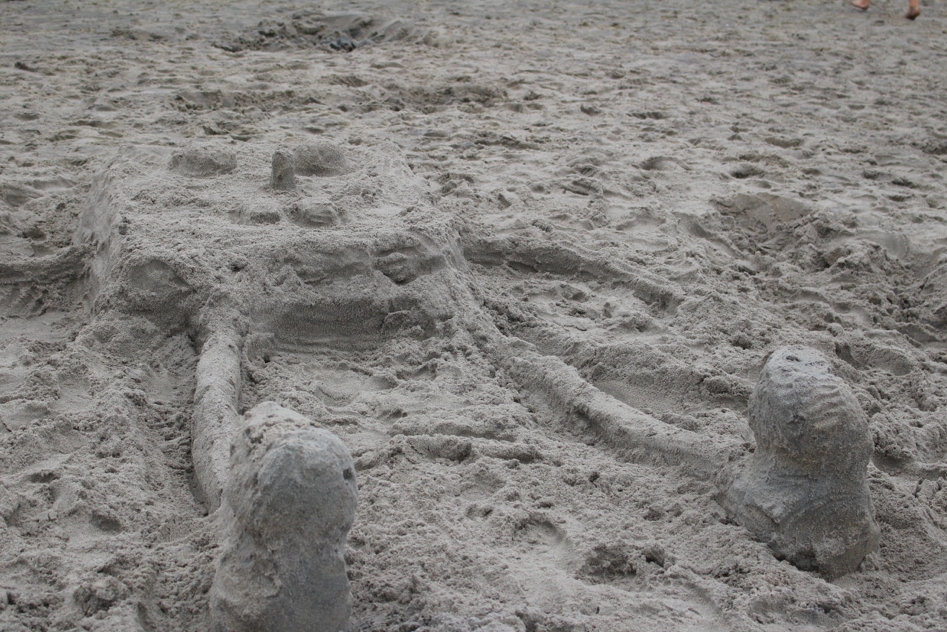 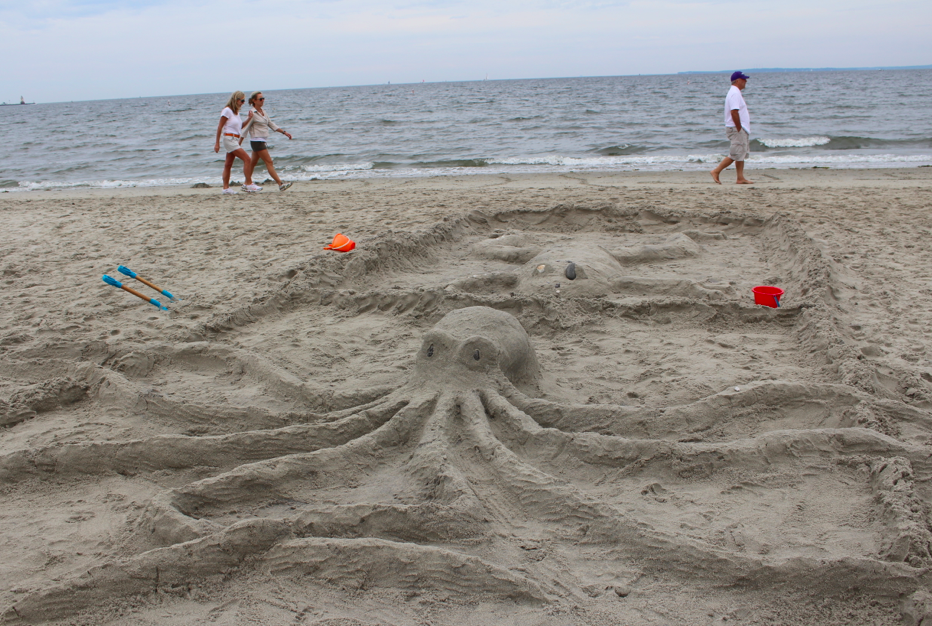 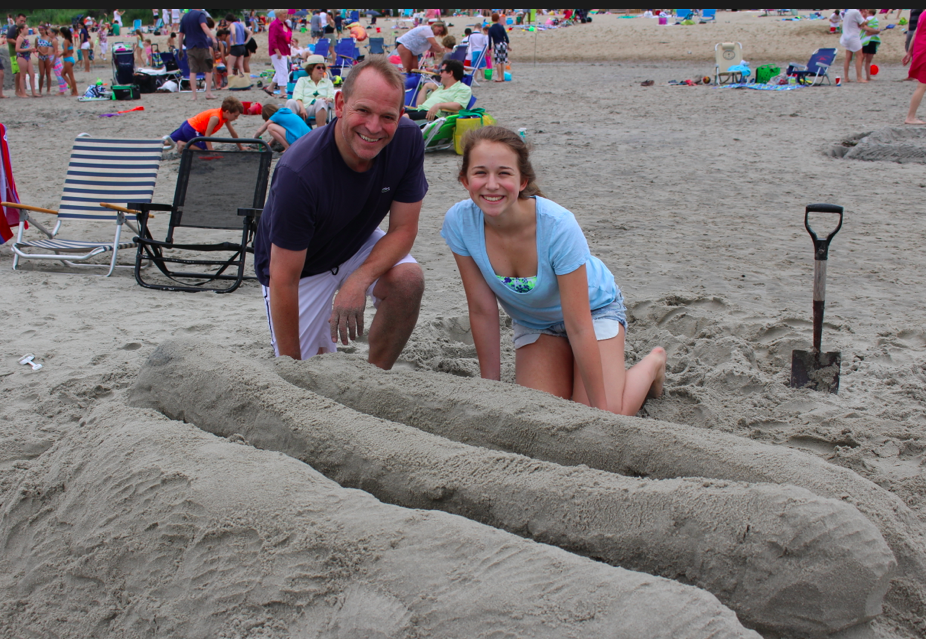 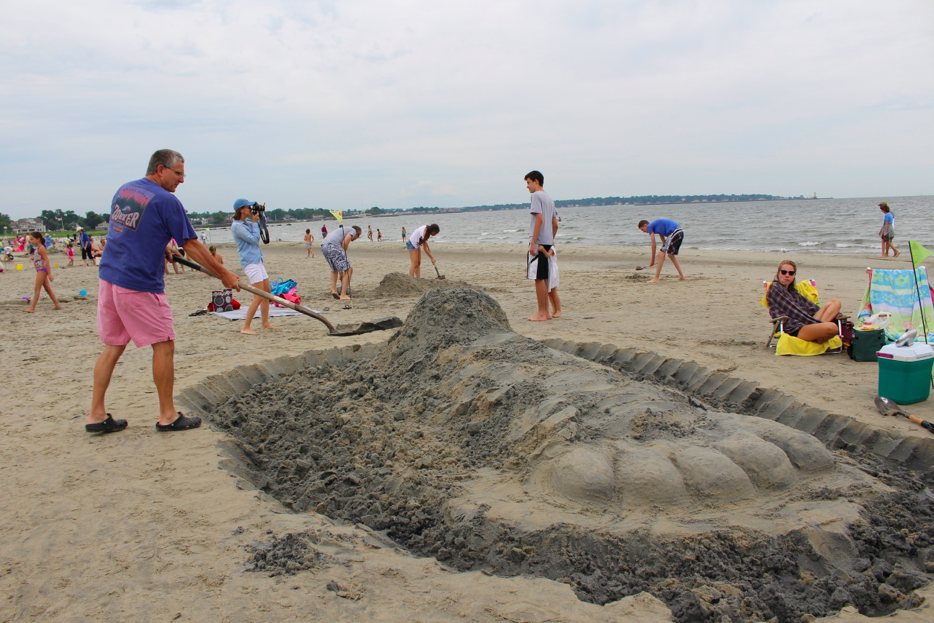 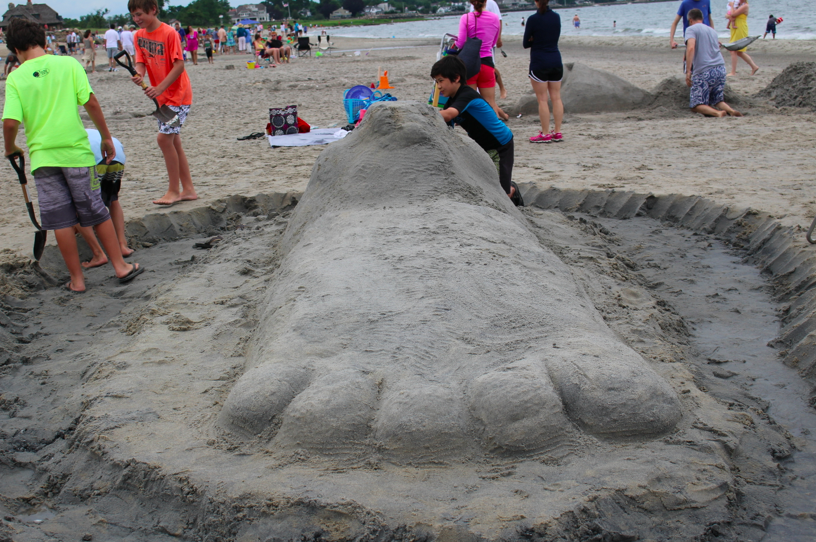 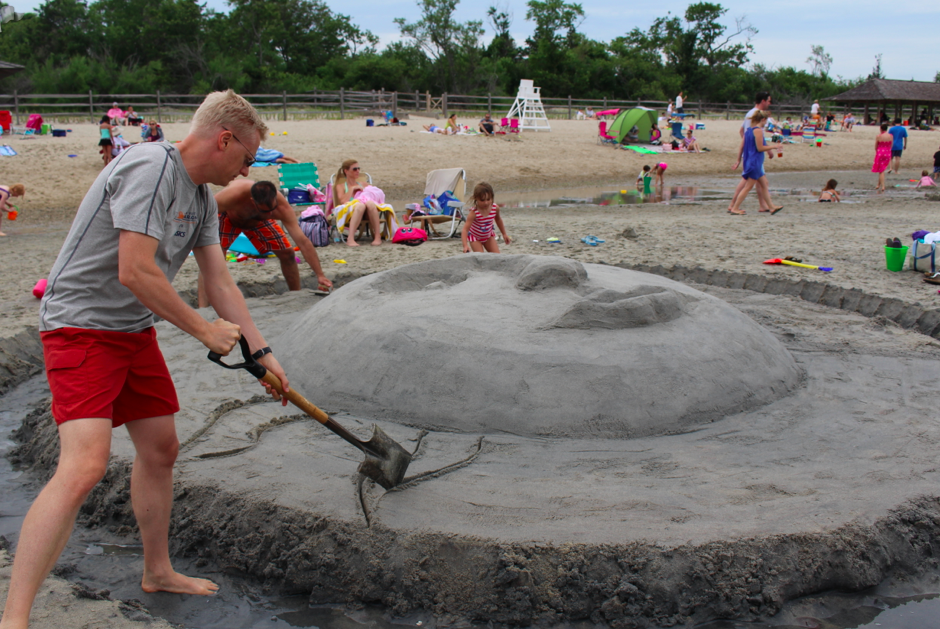 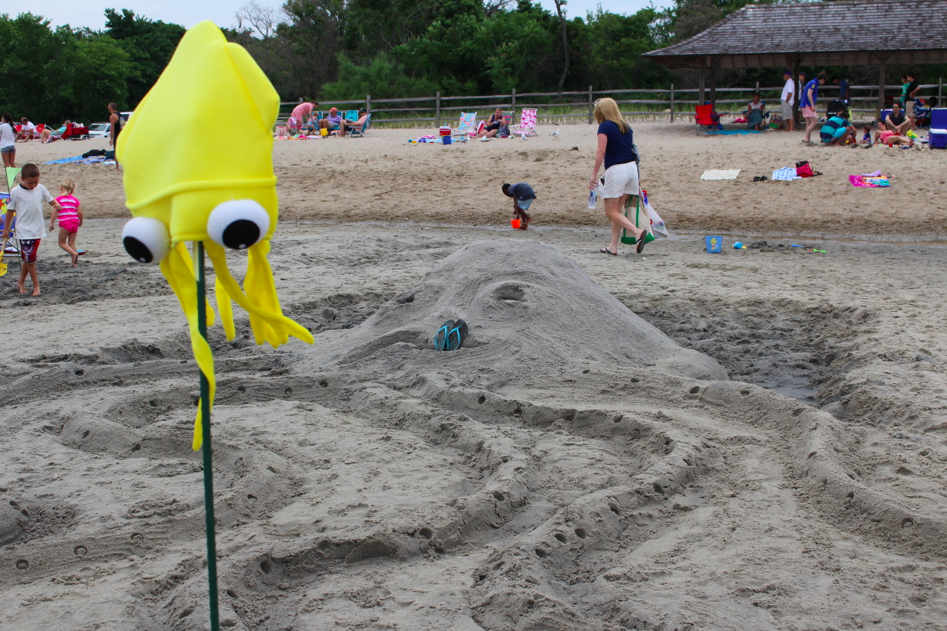 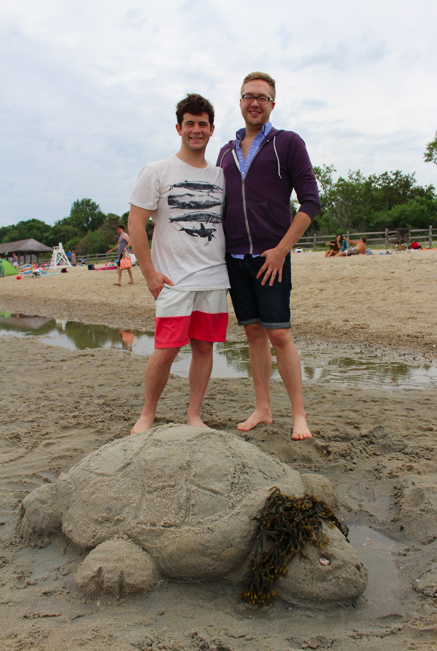