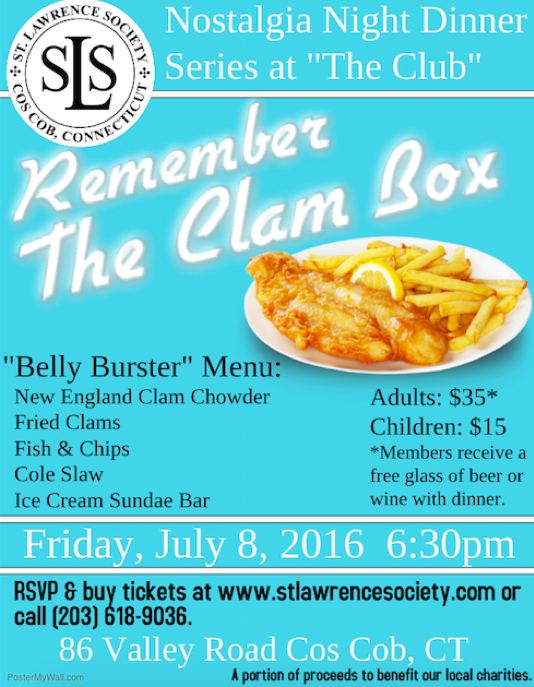 The Clam Box, initially a mere shack on Putnam Ave, operated for decades in Greenwich, initially deriving its popularity as a destination for deep fried clams on hot summer nights before the advent of TV and air conditioning.

Anna and George Gross started the first Clam Box in Cos Cob in 1939 at the corner of the Putnam Ave and Salem Street. Their son Arthur worked at the restaurant starting as a young teen, and after returning from service in WWII, he resumed work at the Clam Box, along with his wife and sisters.

The original parking lot, where people often ate in their cars or on stools at the counter, was paved with crushed oysters, giving it a sparkly white finish associated with so many historic towns that line Long Island Sound.

The original restaurant, no more than a shack, was an instant hit for the Gross family. Anna and George and children lived in Port Chester and operated Cooper’s Fish and Chips in New York City, near Grand Central Station. When they sought to relocate to the suburbs, they spotted a “for rent sign” on a little Cos Cob garage. With an investment of $400, the Clam Box was born.

…Click here to read the entire GFP history of the Clam Box.