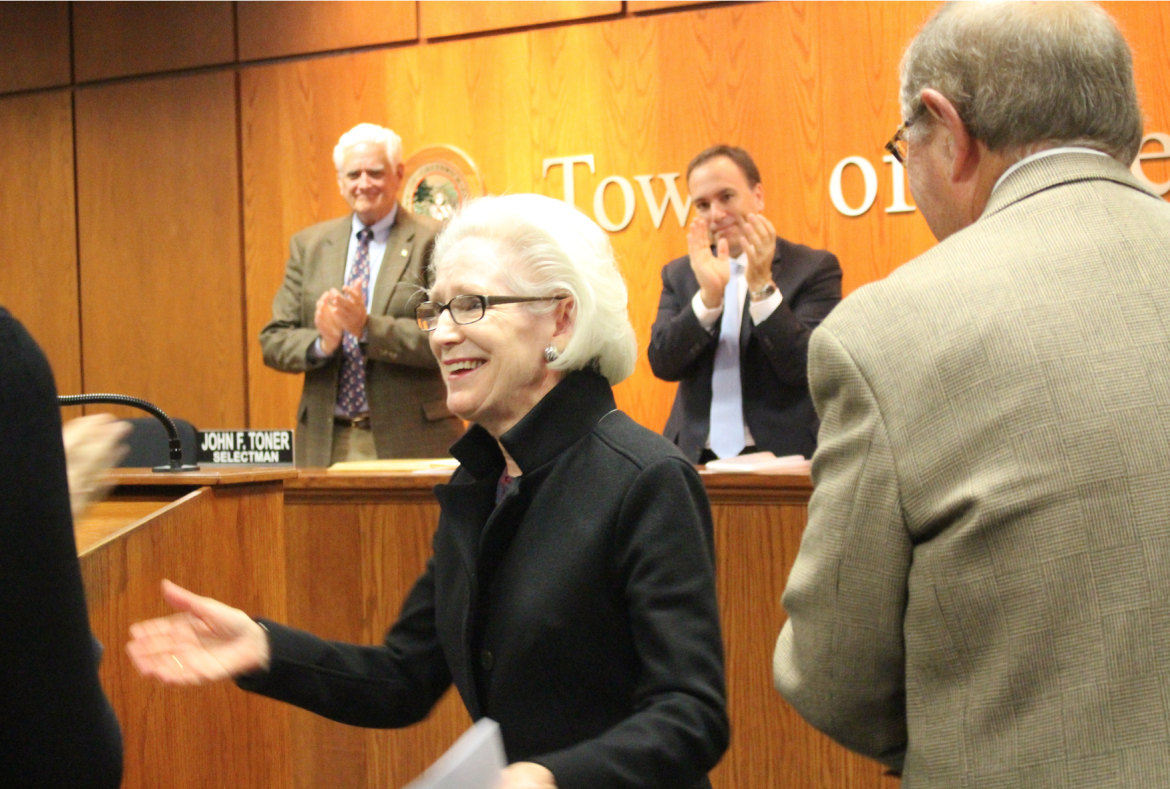 Davidde Strackbein was honored on Thursday morning by the Board of Selectmen for her tremendous work overseeing the yearlong sequence of events commemorating Greenwich’s 375th anniversary. The year was punctuated with a series of highly popular “neighborhood tours” and culminated in the recent parade. 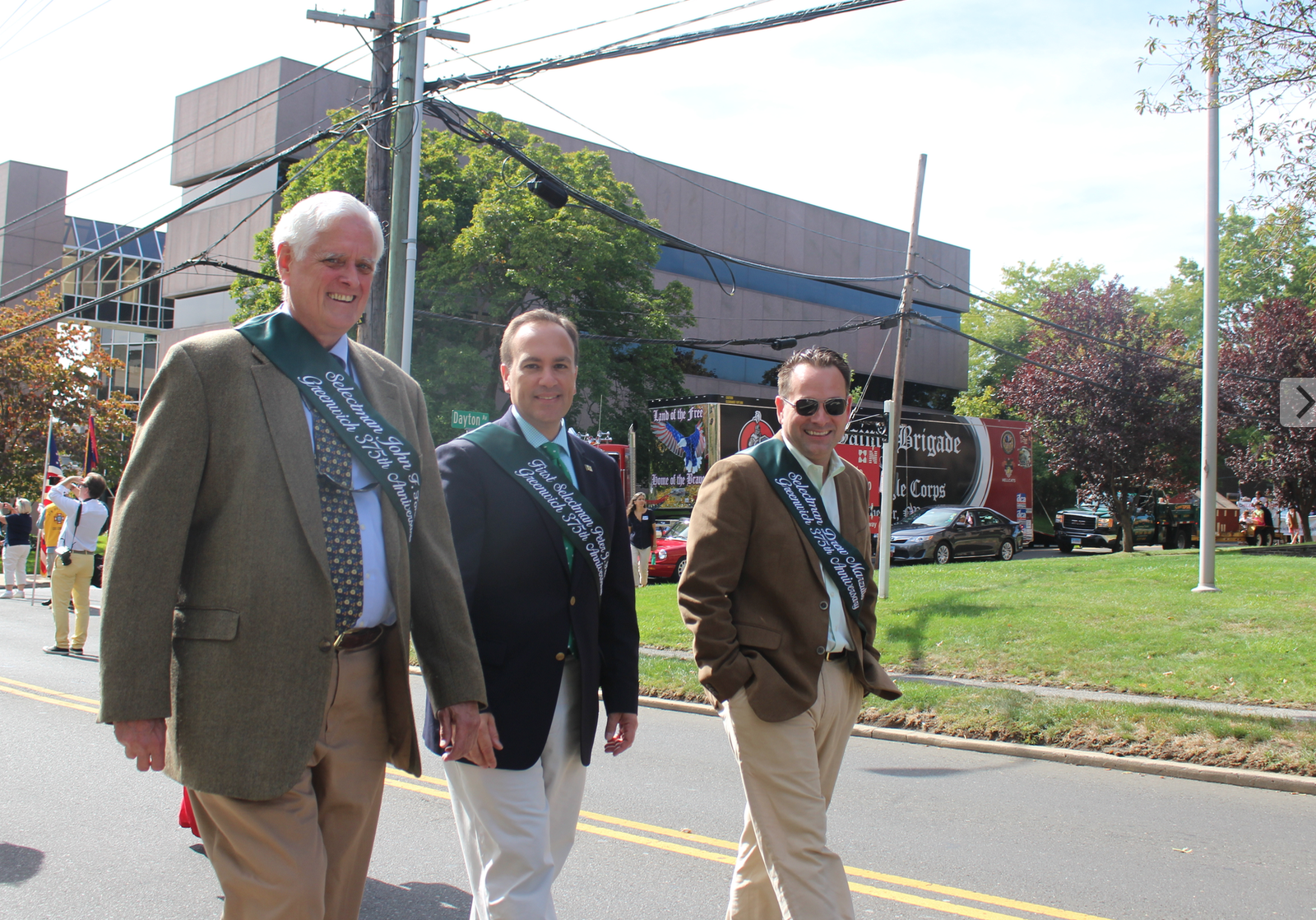 Mrs. Strackbein, Chairman of the Board of the Historical Society, said that since she and her husband Rob arrived in the early 70s, the Greenwich community had provided much pleasure. “This town gives so much back. It gets so much, but it gives to much,” she said.

“History and legacies are like batons in a relay race, passed from person to person,” Mrs. Strackbein said, adding that if a baton is dropped someone has to stop and pick it up and get back in the race. “If someone doesn’t pick it up for so long, then no one knows where it is, or even how to pick it up. They begin to wonder why it matters at all.” 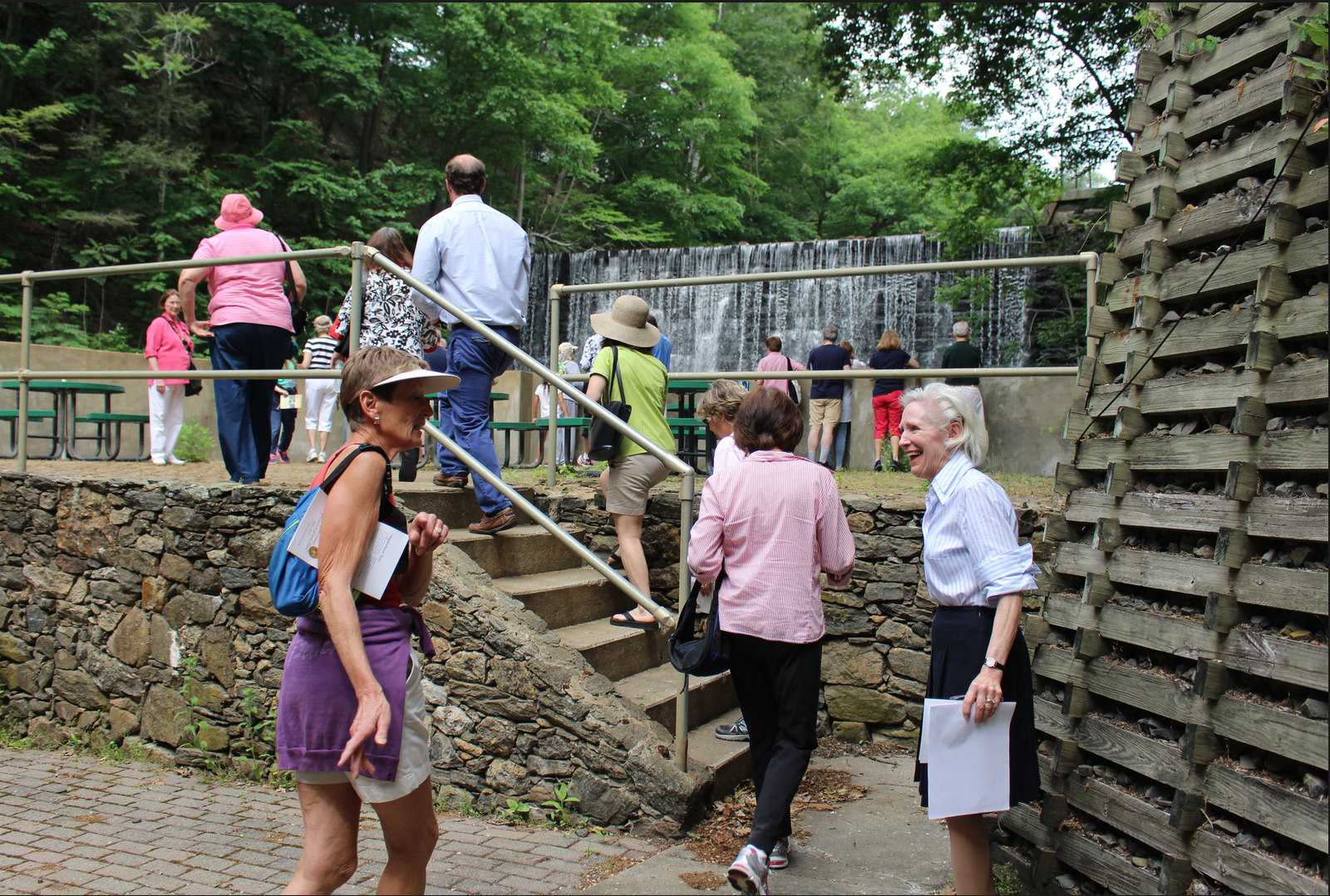 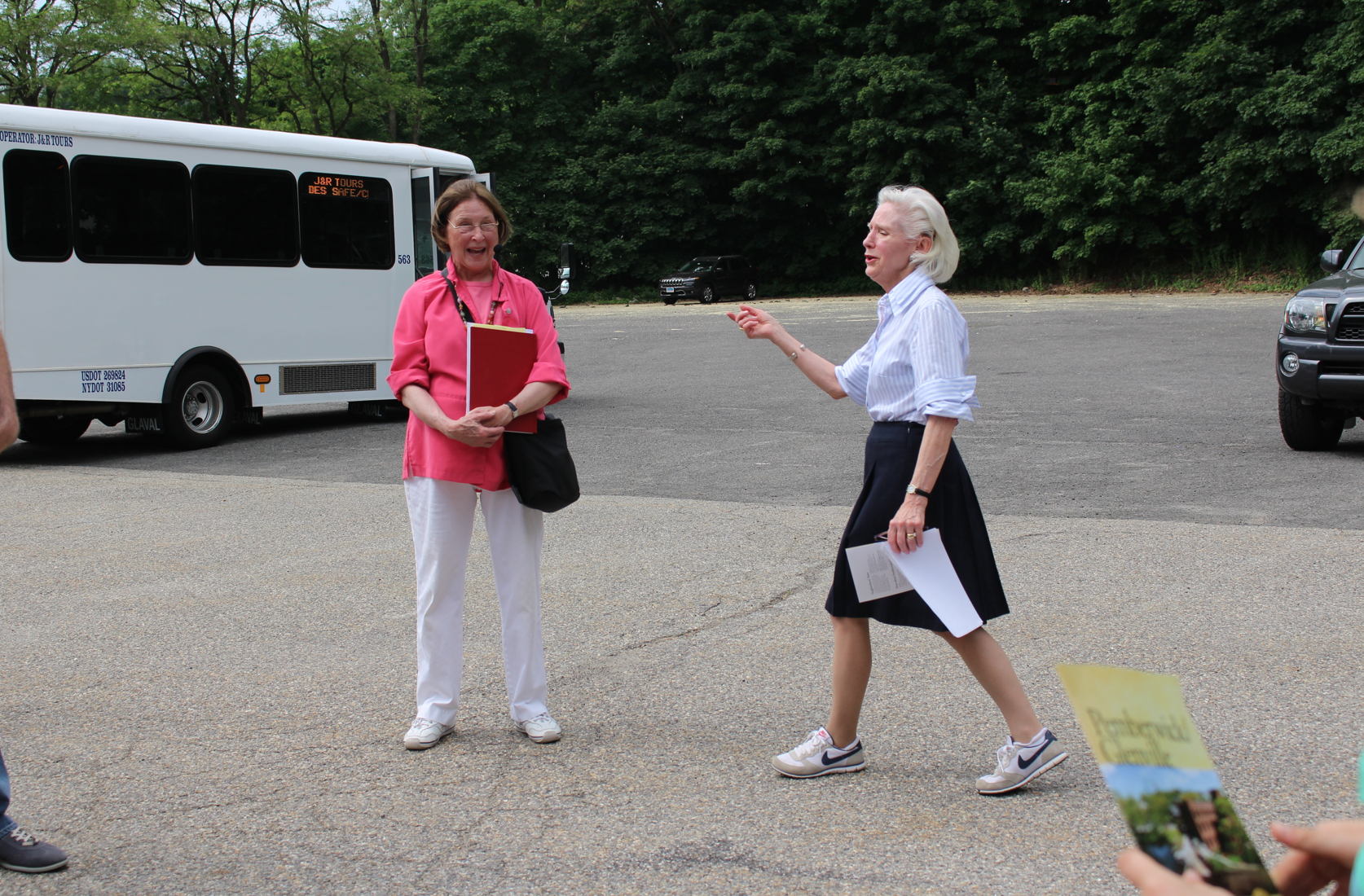 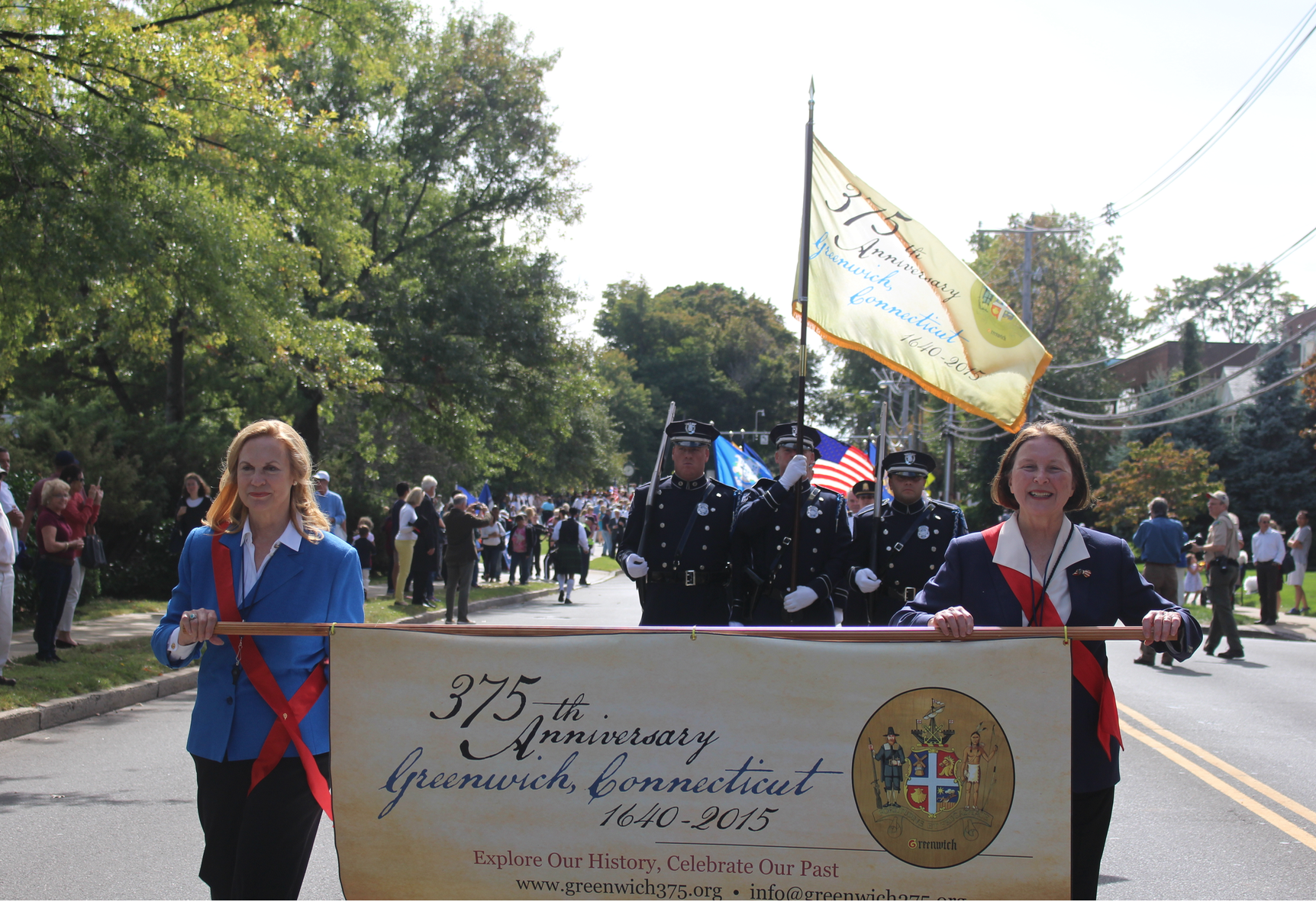 During the Greenwich 375th anniversary events, Mrs. Strackbein said it was learned that there are at least four descendants of Elizabeth Feake, one of the founders of Greenwich in 1640. At the re-dedication of Putnam Hill Park, the group took an archival photo of the re-dedication of that long lost park. One woman was pictured in the photograph, and after receiving a save-the-date post card she recognized herself in the photo taken in Knapp Tavern 83 years ago.

“It takes a community of volunteers to remind people about the profound lessons of history. And that continuity is critical. And that tomorrow will not look like today. It is up to us to act collectively to shape tomorrow,” Mrs. Strackbein said, adding that 71 local non-profit organizations and over 100 volunteer police from the Town gave their time to march in the parade, and enter Havemeyer field for the unfurling of the American flag, where, she said, they not only honored men and women in uniform, but our country, our state and the 375 year legacy of Greenwich. 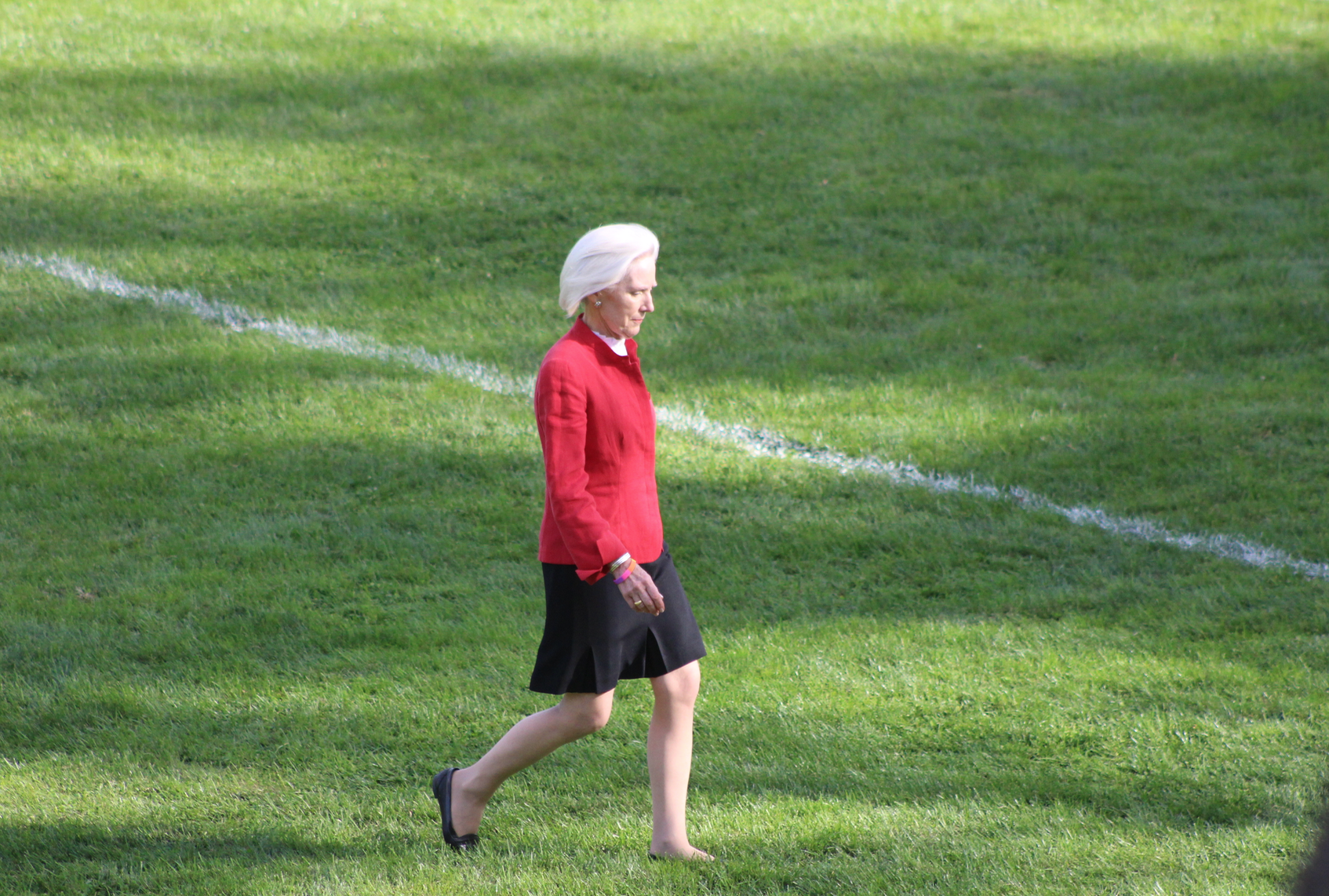 PHOTOS: Greenwich’s 375th is Marked with the Parade of the Century