The USO Show Troupe which began in 1941 as The Liberty Bells, performed at Redmen’s Hall on East Elm Street on Veterans Day.

After the veterans participated in the Patriotic Walk and ceremony at the World War I monument on Greenwich Ave, they were invited to a luncheon organized by Redmen’s Hall and Dave D’Andrea.

The USO Show Troupe members – there were four performers – explained that they are professional performers and their home base is the USO Metropolitan of New York.

“We travel with a Soprano 1, a Soprano 2, an Alto and a Tenor,” said Kristin Wetherington, one of the performers. 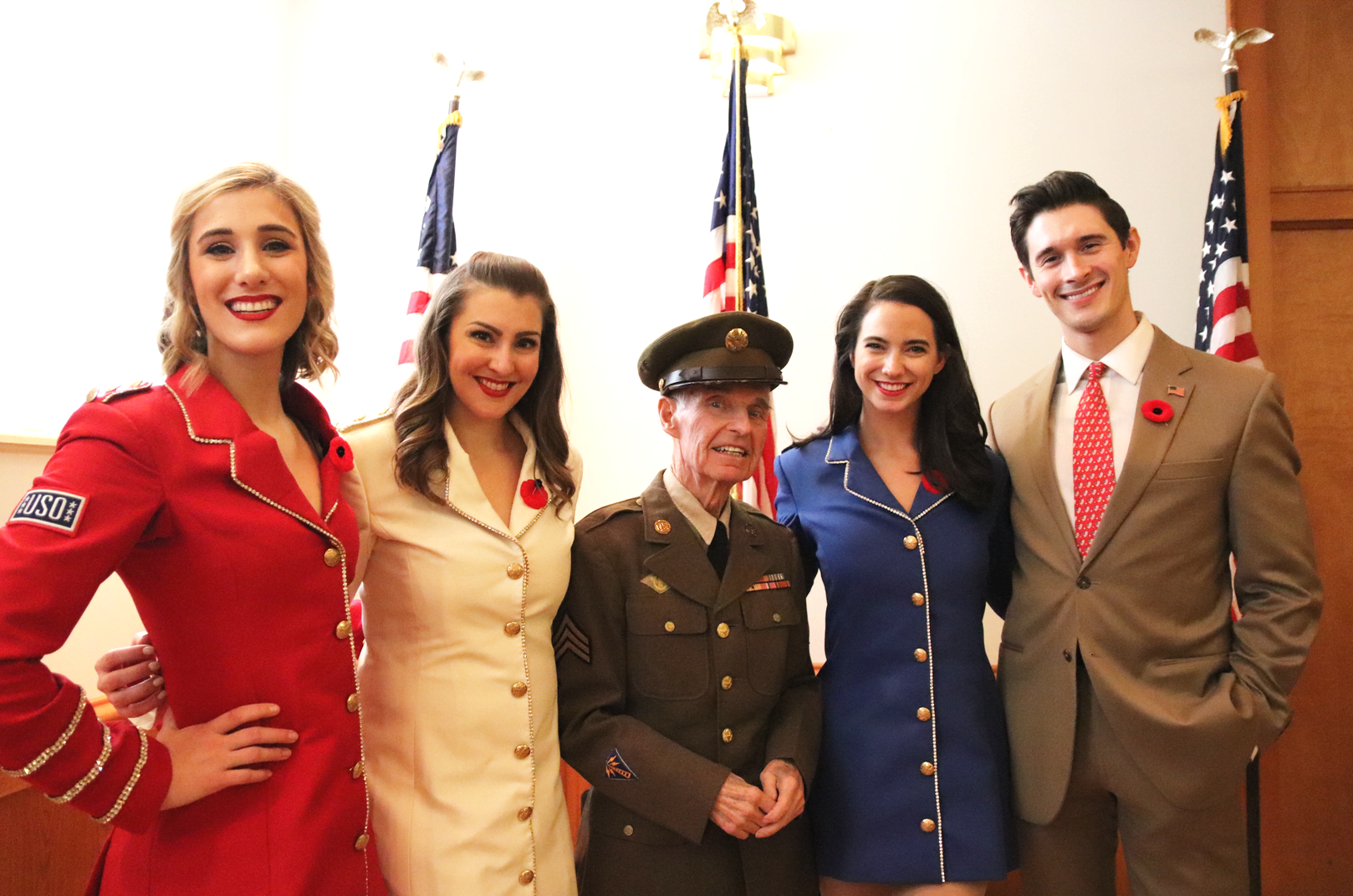 Wetherington said the performers travel the world and perform about 500 times a year. She said many of the performers have family members who have served in the military.

And while the event on Monday in Greenwich was for veterans, the USO Show Troupe typically performs for current servicemen and women who are missing their families, homes and country.

In fact they perform live annually for more than 150,000 service members and their families, and the performers have extensive Broadway, Off-Broadway, film and TV credits.

“I was in Korea this year with Stephanie. Luke was in Guam with a different set of girls. We typically travel with three girls and a guy,” Wetherington continued.

“The idea is to bring a taste of home to people who are serving,” she added. “We do everything from the Andrews Sisters from the 1940s to Ariana Grande. We have a very wide catalogue. We do a lot of gigs over the holidays before people deploy.”

Indeed on Monday in Greenwich they peformed a variety of songs that included the Boogie Woogie Bugle Boy and Sweet Caroline. 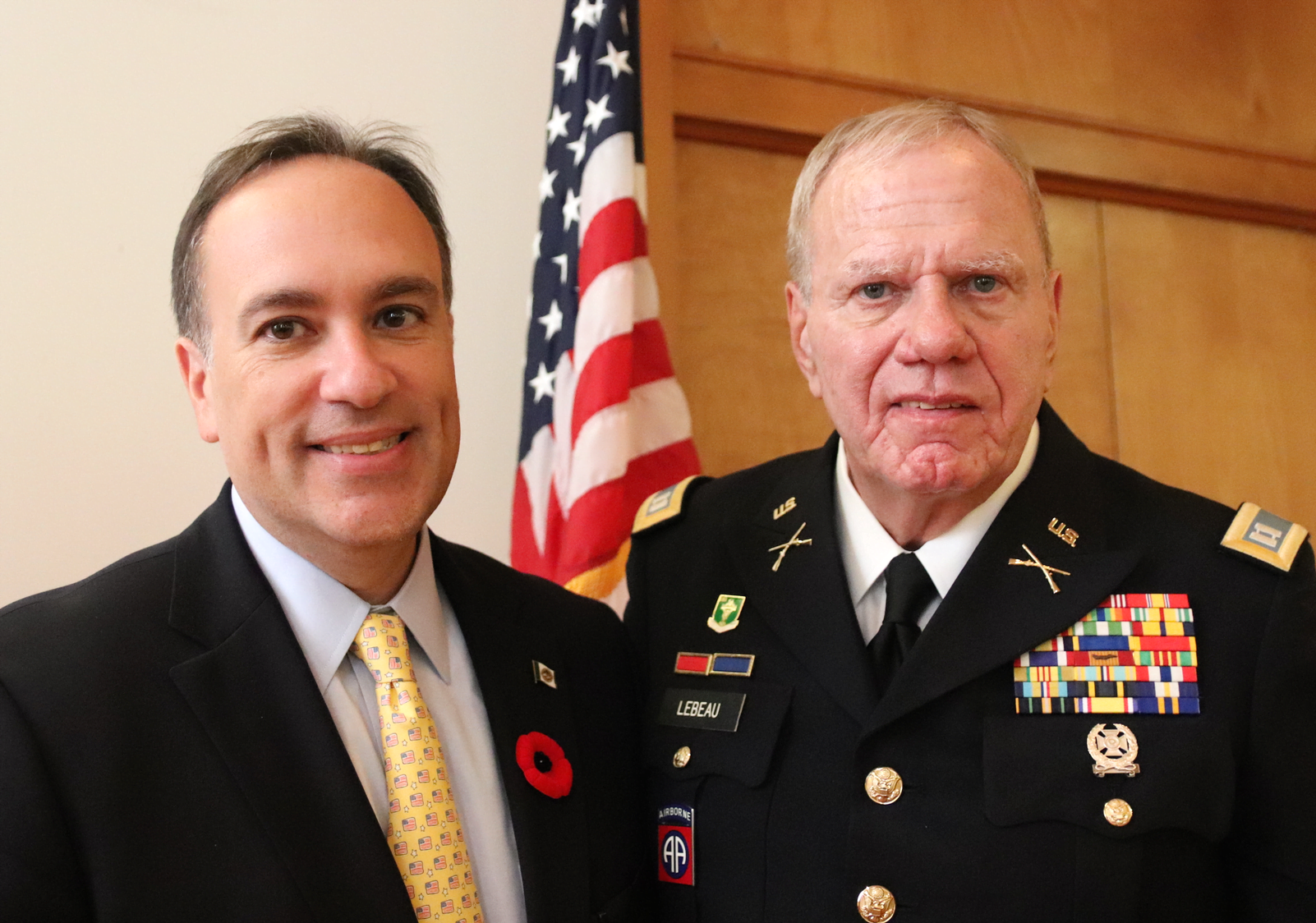 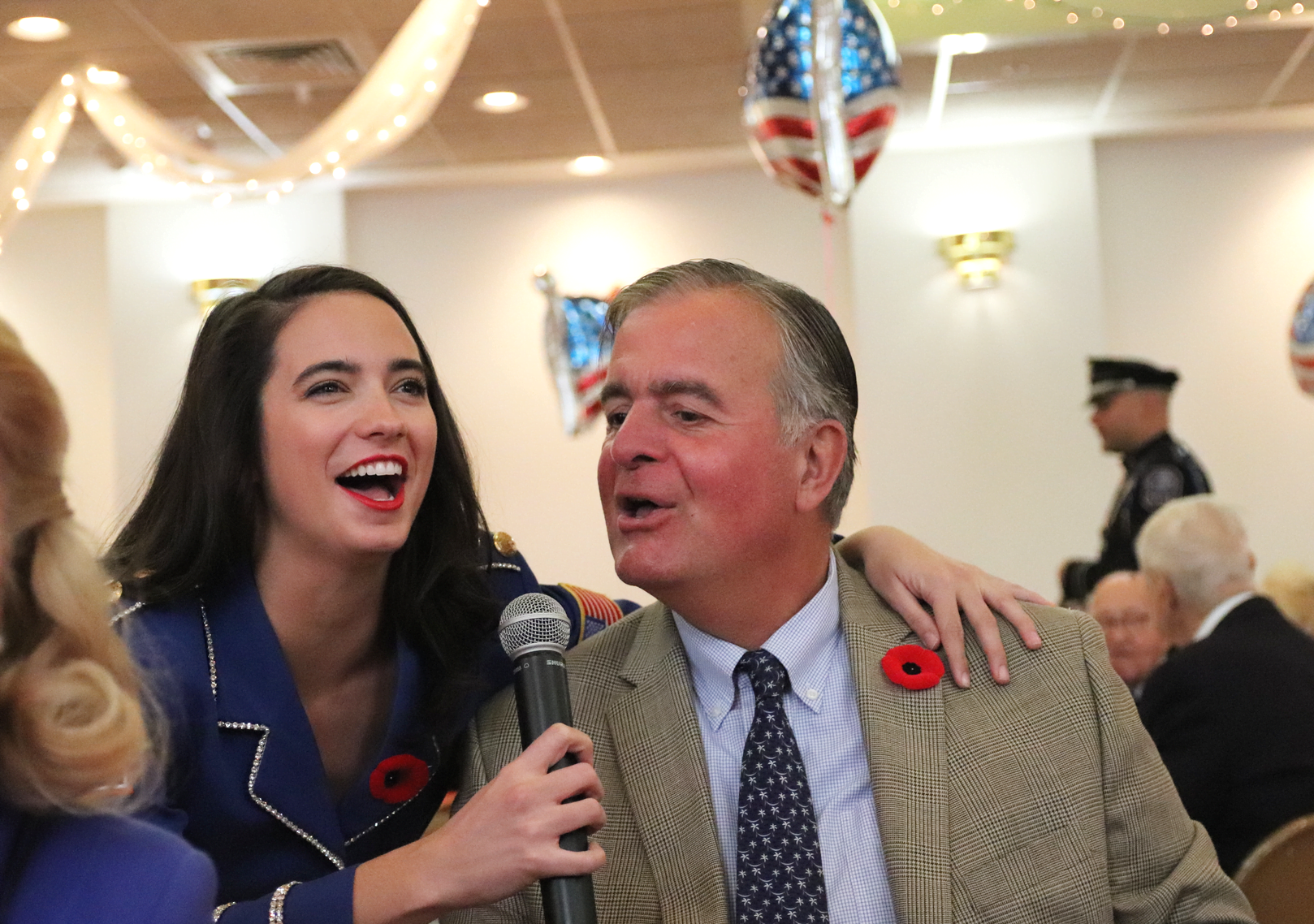 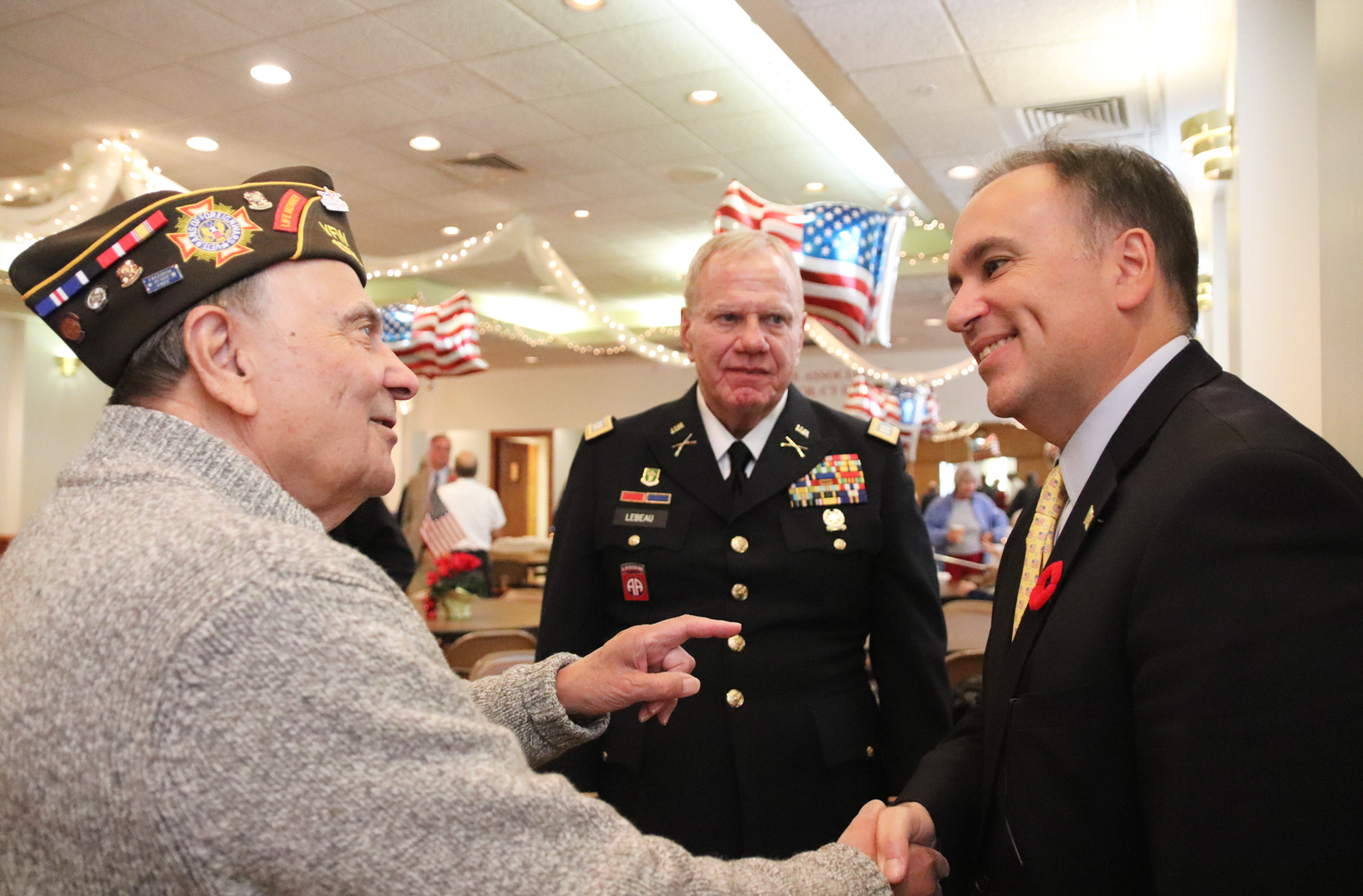 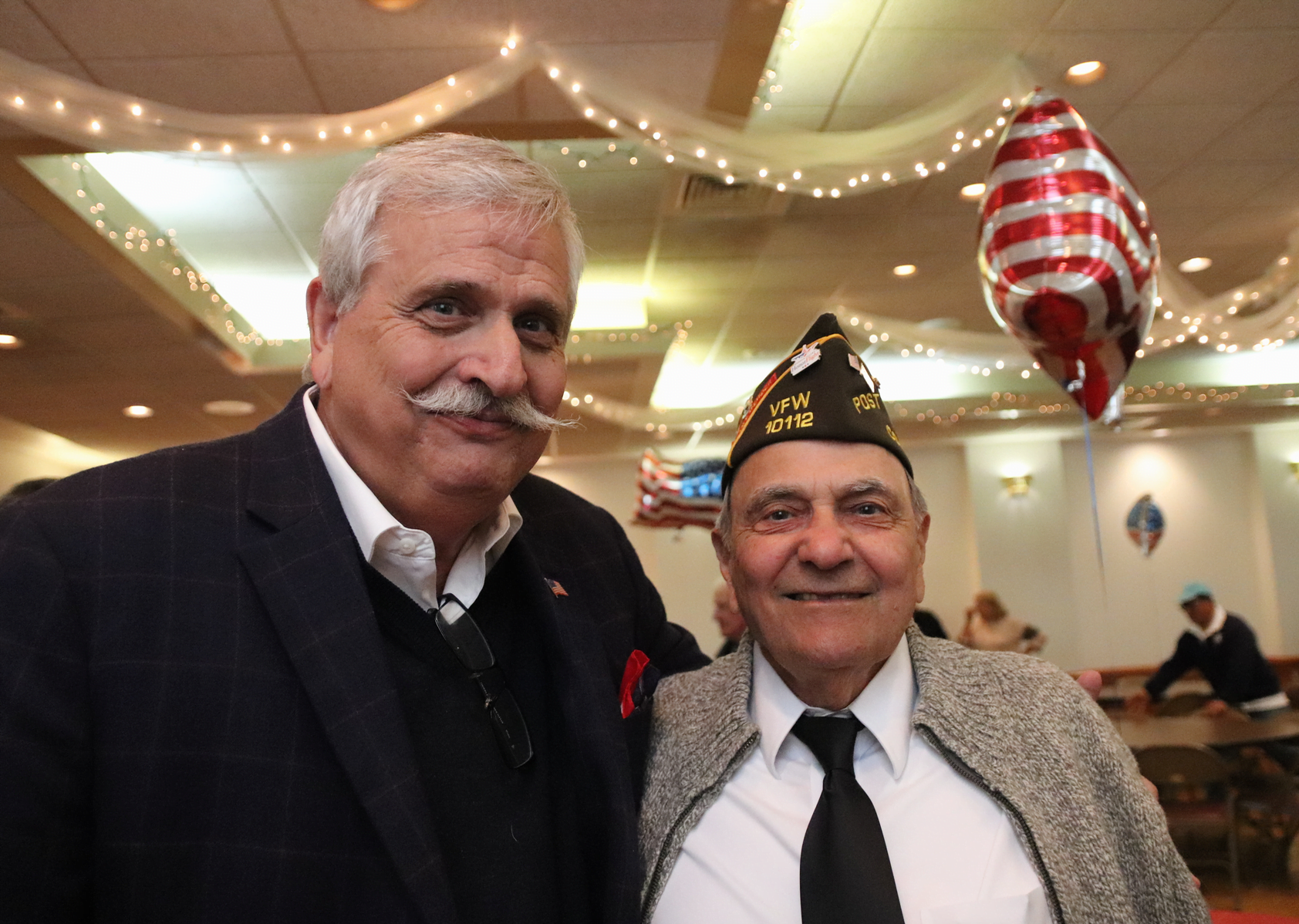 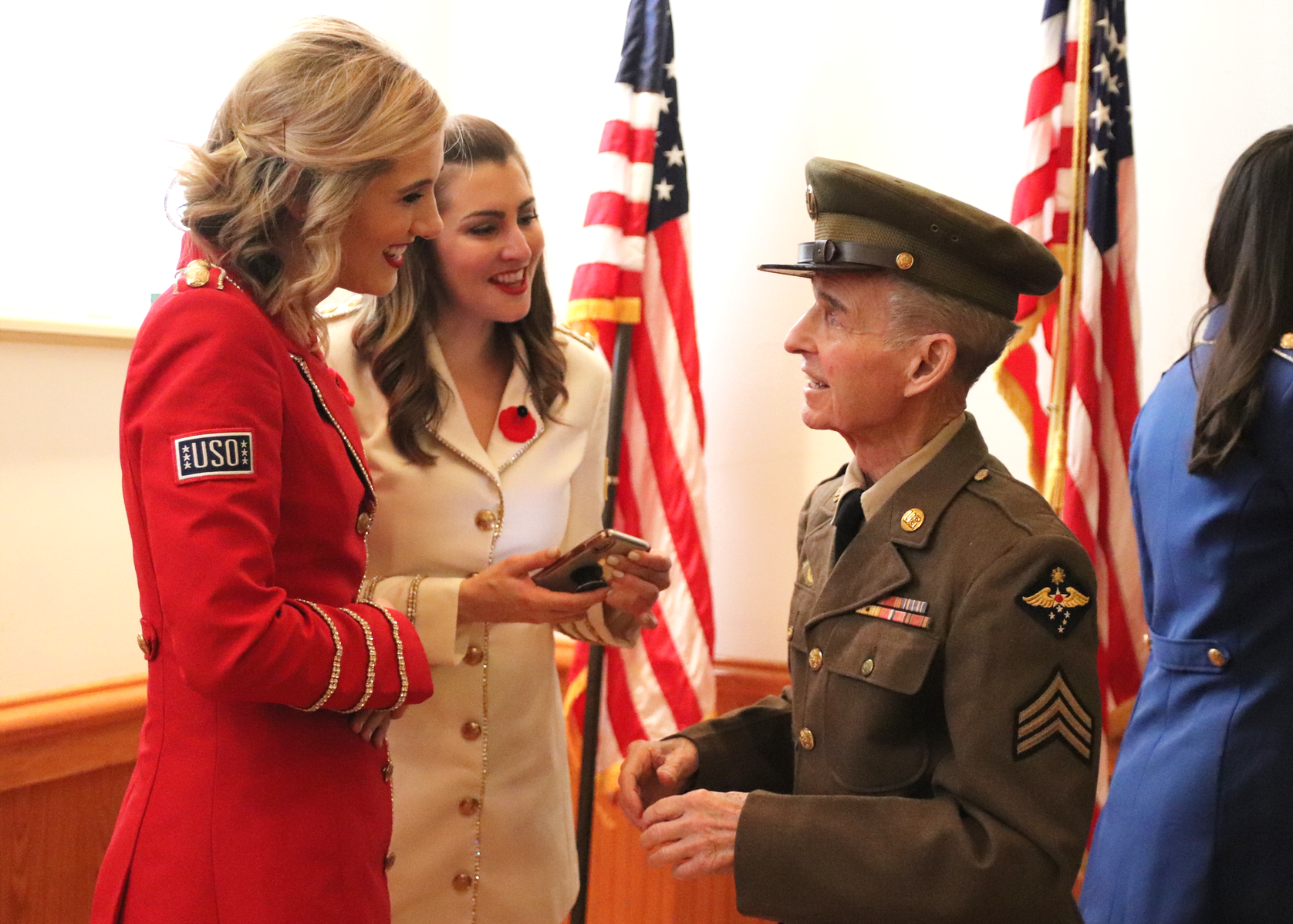 George Chelwick who was in the Army Air Force, talks with Stephanie Toups and Kristin Wetherington from the USO Show Troupe. Nov 11, 2019 Photo: Leslie Yager 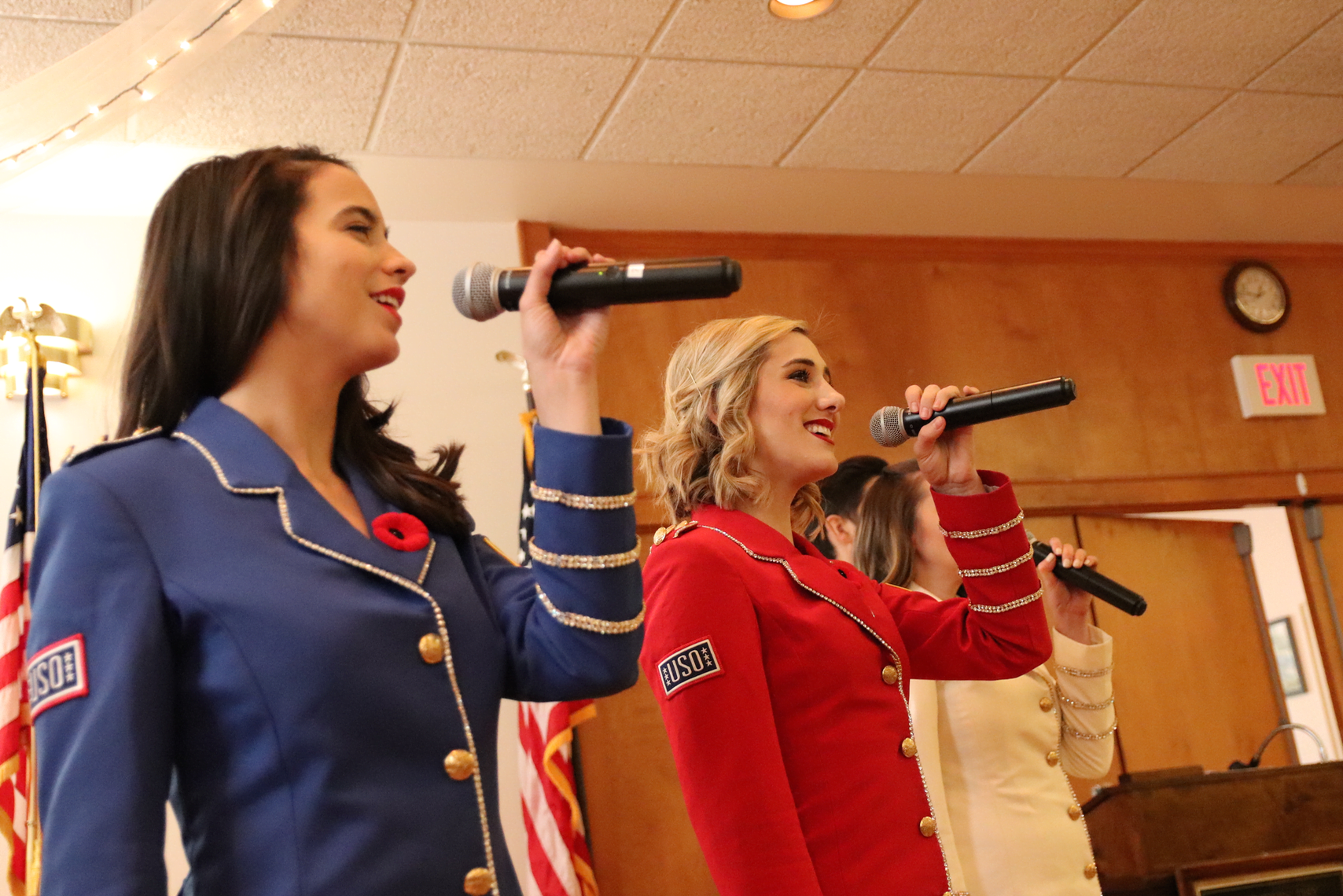