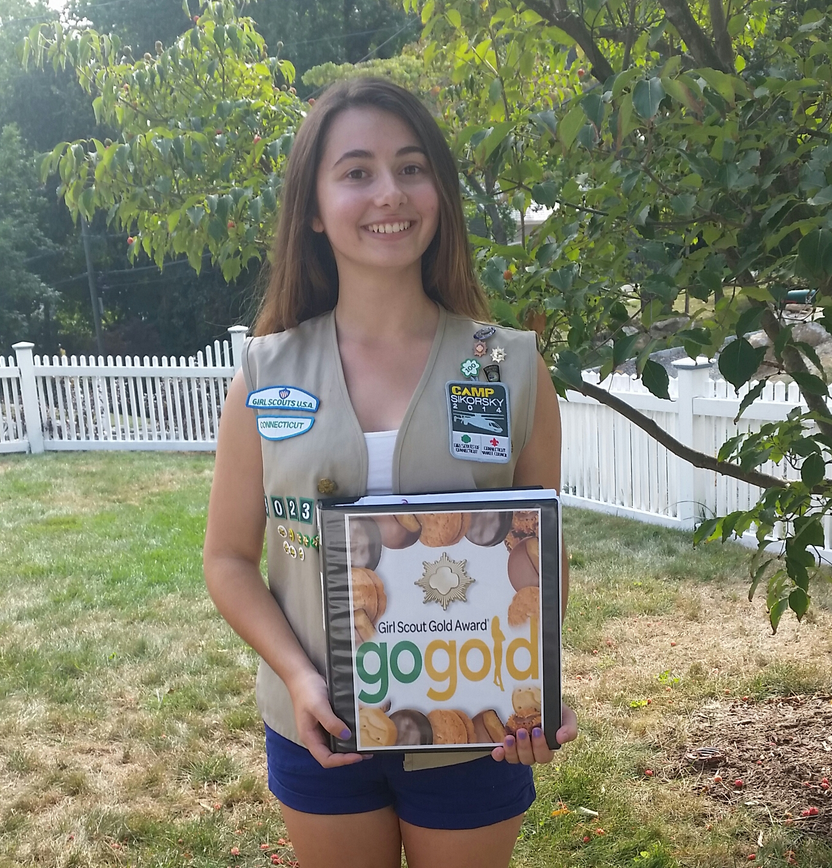 Greenwich resident and Senior Girl Scout Corrine Cella completed her Gold Award project this summer by designing a curriculum based on geography and world cultures for the campers of ESF Camps at Greenwich Academy to help them develop an interest in the world.

Corinne spent months researching five countries (France, Spain, China, Germany, and Italy) and incorporated that information into games and activities for the campers to enjoy. Corrine spent the month of July each morning at the camp, where she helped to organize and run activities and play games with the campers who chose to participate. ESF Camps has agreed to continue the program using materials developed by Corrine in future years.

The Girl Scout Gold Award is the highest award that a Girl Scout may earn. The Gold Award centers on developing a scout’s personal leadership skills by having her choose an issue to address, and then develop a plan to take action within the community. Each project has a significant and long-lasting impact on the community, which Corrine has achieved with her project.

Corrine, a senior at Greenwich High School, was assisted and encouraged by her fellow Girl Scouts in troop 50231, her friends, family, foreign language teachers at her school, and the staff at ESF. ESF is glad to have helped Corrine, a member of their Young Leader’s Program, achieve her Gold Award.

Corrine first discovered the issue in her community when her classmates mentioned they didn’t know much about foreign countries, and the international events that were taking place. After doing research, she realized the widespread lack of knowledge of foreign cultures and geography, and she decided to take action. Her project encourages elementary and middle school campers (ages 5 – 12) to develop an interest in foreign countries and cultures, allowing them to develop a better understanding of the world.

Corrine has designed her project knowing that a summer camp can offer access to education. By creating a curriculum with engaging and enjoyable activities, Corrine has been able to encourage others to develop an interest in the world.