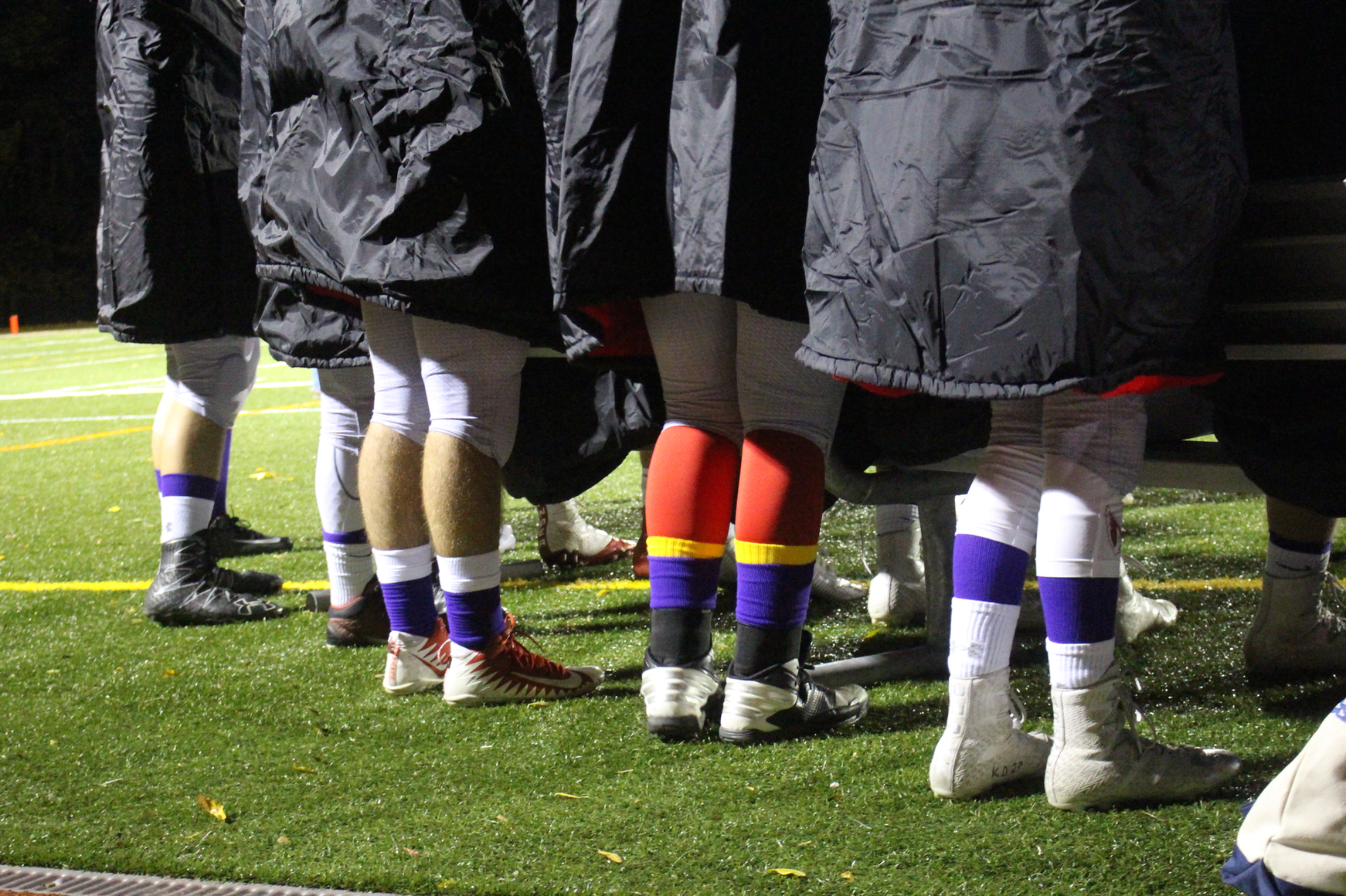 At Friday’s football game vs Danbury the theme was “blackout,” and fans were encouraged to wear black. But, it was hard to miss the purple. Nov 10, 2017. Photo: Leslie Yager

On Friday night GHS Cardinals football team racked up yet another victory, with a 57-7 win over visiting Danbury.

The theme for the Friday night Greenwich High School football game was “blackout,” and fans were encouraged to wear black.

But, it was hard to miss the purple – from the players socks, to the cheerleaders, to the coaches — Greenwich High School came out in force at Friday night’s football game to take a stand against teen dating violence.

“Purple is the color of domestic abuse,” said Yajaira Gonzalez, Community Educator and Bilingual Advocate at YWCA Greenwich Domestic Abuse Services. “The teens chose to wear purple tonight to let the community know that it’s not cool to abuse your partner.”

In October, Varsity Football Coach, John Marinelli, received the YWCA 2017 Purple Ribbon Award for his efforts in raising awareness about teen dating violence and the role of athletes in the community.

For the past three years, Marinelli has asked YWCA Greenwich Domestic Abuse Services to speak with the football team about their role in preventing abuse. The community education team addresses the students and coaches about boundaries, warning signs of abuse and consent. The students are asked about “bro-code” and to think about what they would do if they witness a friend abusing their partner. Other coaches at Greenwich High School are also requesting the training for their athletes.

“Coach Marinelli has set the expectation of an extremely high standard of behavior, not just because he doesn’t want his players to get in trouble, but because he wants them to do the right thing because it is the right thing to do,” said Meredith Gold, Director of YWCA Domestic Abuse Services. “It cannot be overstated how powerful this message is when it comes from
their coach, their leader.”

Guest Speakers to GHS Football Team: You Have Targets on Your Backs, Make Good Decisions

In Greenwich, the Number One Most Investigated Violent Crime is Domestic Violence