As it gets closer to the Undies Project’s “Cocktails & Comedy” fundraiser and the excitement is building  tickets are close to sold out! 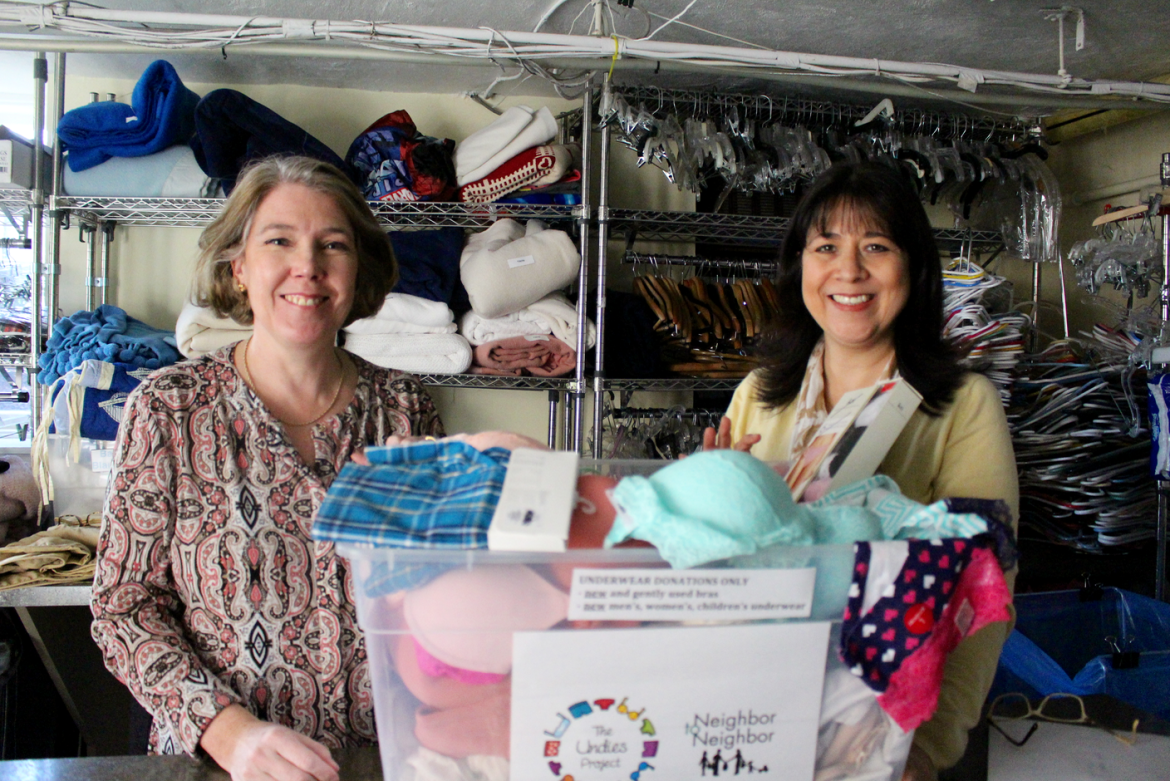 The genesis for The Undies Project came when Langley noticed there were very few donations of new underwear at Neighbor to Neighbor. “The minute we’d put out underwear, it would be gone,” she said. “Because Salvation Army does not accept donations of underwear, people often assume other other organizations don’t accept underwear either,” she continued. “But we do,” she said, of her volunteer job at Neighbor to Neighbor. “Underwear is the most under-donated, and most needed, item of clothing that many of us take for granted,” she said. The Undies Project collects donations of new underwear for men, women, and children.

The Undies Project, launched by friends Lucy Langley and Laura Delaflor, longtime volunteers at Neighbor to Neighbor, falls under the purview of that non-profit. Last winter they launched their project sigh at “Mardis Bra” drive, inviting women to donate their gently used bras. The drive was a huge success.

The duo has arranged for local comédienne Jane Condon to perform at the event, which is set for Saturday, October 1, from 7:00-10:00 pm at First Presbyterian Church.

Recently Delaflor and Langley met up with Debra Ponzek at her Aux Delices location in Riverside to preview chef Ponzek’s signature martini, created specially for the fundraiser. 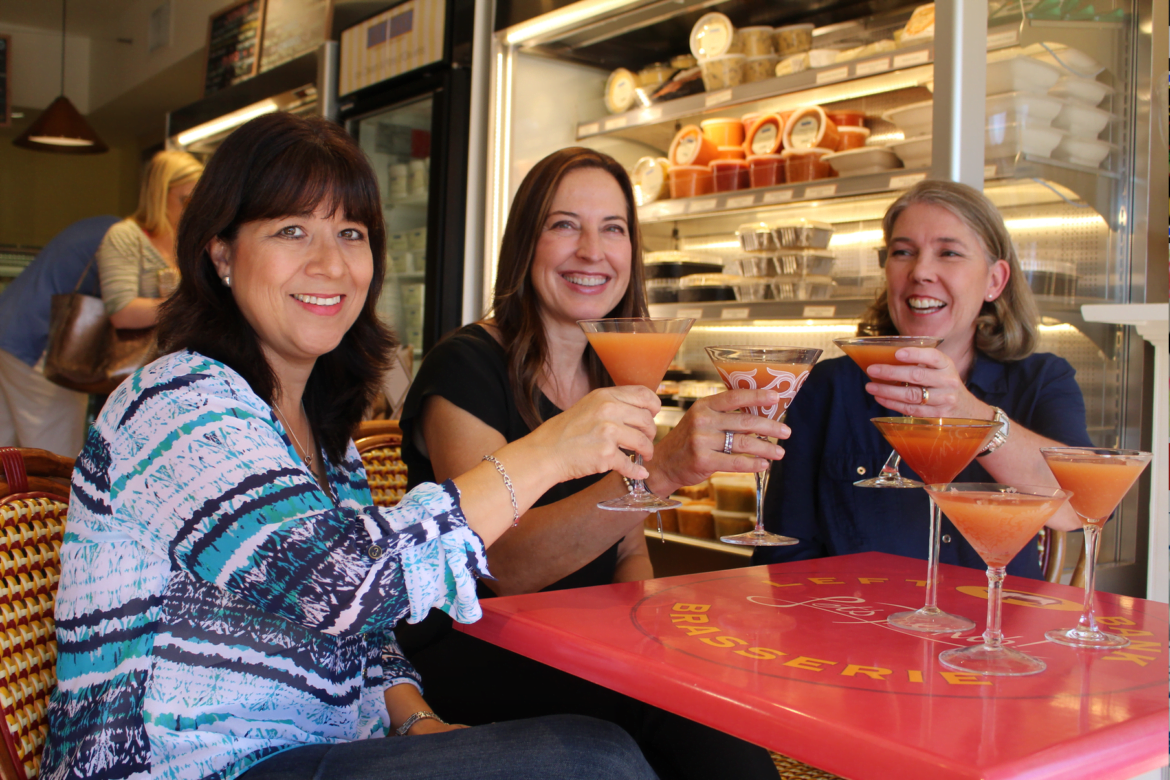 “The martini includes pomegranate blood orange juice, Cointreau, vodka and Pomegranate liquor,” Ponzek said, as she and the Undies Project moms sipped from non-alcoholic samples of the concoction on Thursday at Aux Délices.

Ticket sales have been brisk, and the organizers shared a heads-up that they are close to sold-out with less than a week to go.

There is an amazing silent auction line up, including a sail on an award winning schooner, accommodation for a long weekend in Vermont, a connoisseur’s wine gift basket, dinner in your home cooked by an acclaimed local chef, passes to a theme park in Florida, autographed sports memorabilia and a high-end, sought-after rejuvenating non-surgical treatment.

Tickets available online. There will be no tickets available at the door. Click here for tickets, which are $85 including one complimentary drink, Silent auction, cash bar, hors d’oeuvres AND desserts by Aux Délices, and music by pianist Douglas Kurz. 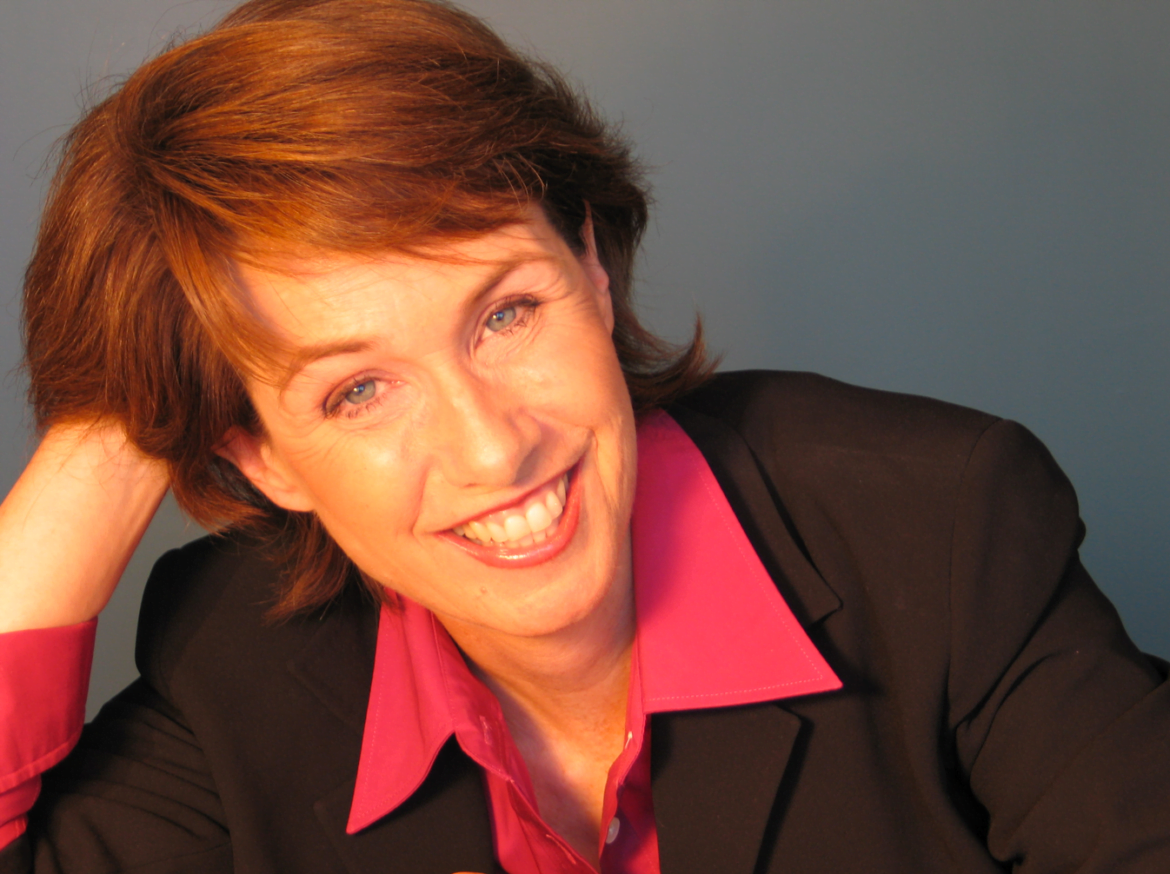 Bra-vo to the Undies Project on Their Inaugural Mardi-Bra Collection!

In Greenwich, The Undies Project’s Langley and Delaflor are Set to Celebrate ‘Mardis Bra!’