On a warm September afternoon, three Greenwich Academy seniors emerged with broad smiles  from a gold painted shipping container parked outside their school.

The gold painted shipping container housing the “portal” arrived on a flat bed truck in September from Shared Studios. This particular portal was last stationed in California, though there are others in various locations around the US and the world. Inside the portal are carpeted walls and floors, with one wall serving as a screen with audio/video-chatting capabilities.

The portals allow students to meet people from near and far without stepping off-campus, and Greenwich Academy is the first school in The United States to host a portal, equipped with the capability to full-body video chat with other portals across the globe. 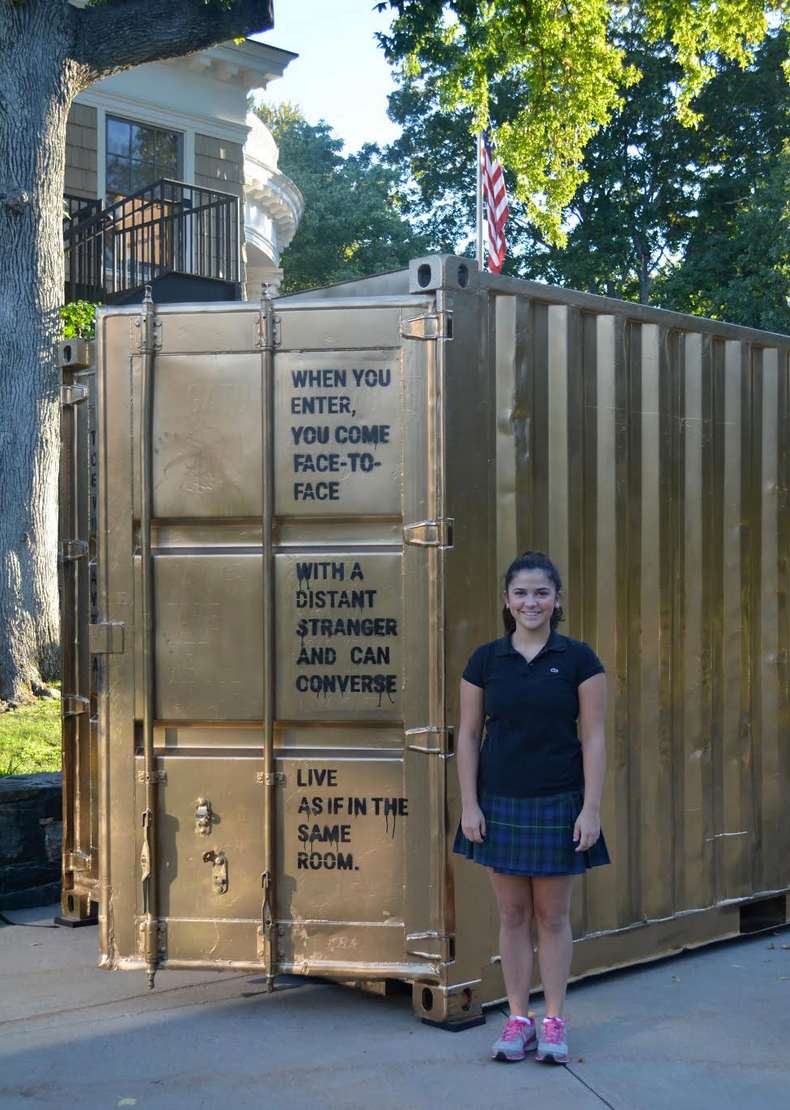 According to Ms. Erickson, who teaches AP Art History, European History and is the gallery director for the school, the idea for installing a portal at Greenwich Academy came from class of 2004 alumna Carrie Denning who works with an organization called Shared Studios.

The founder of Shared Studios, Amar Bakshi, along with his co-founders, Michelle Moghtader and John Farrace created the Portals Project as one of Shared Studio’s many projects geared toward creating, “wormholes throughout the world.”

“We’ve had a big STEM push at GA for years, which involved GAINS and the Engineering and Design Lab, but now that that is well established, there is a big push to look at the humanities, and think of the humanities in a new way… an interdisciplinary, global way,” Ms. Erickson said about the timing of the installation.

“They always come out of their moved, but sometimes moved to tears,” said the social studies teacher, adding that often times there are moments of “tough dialogue” during the 20-minute sessions. 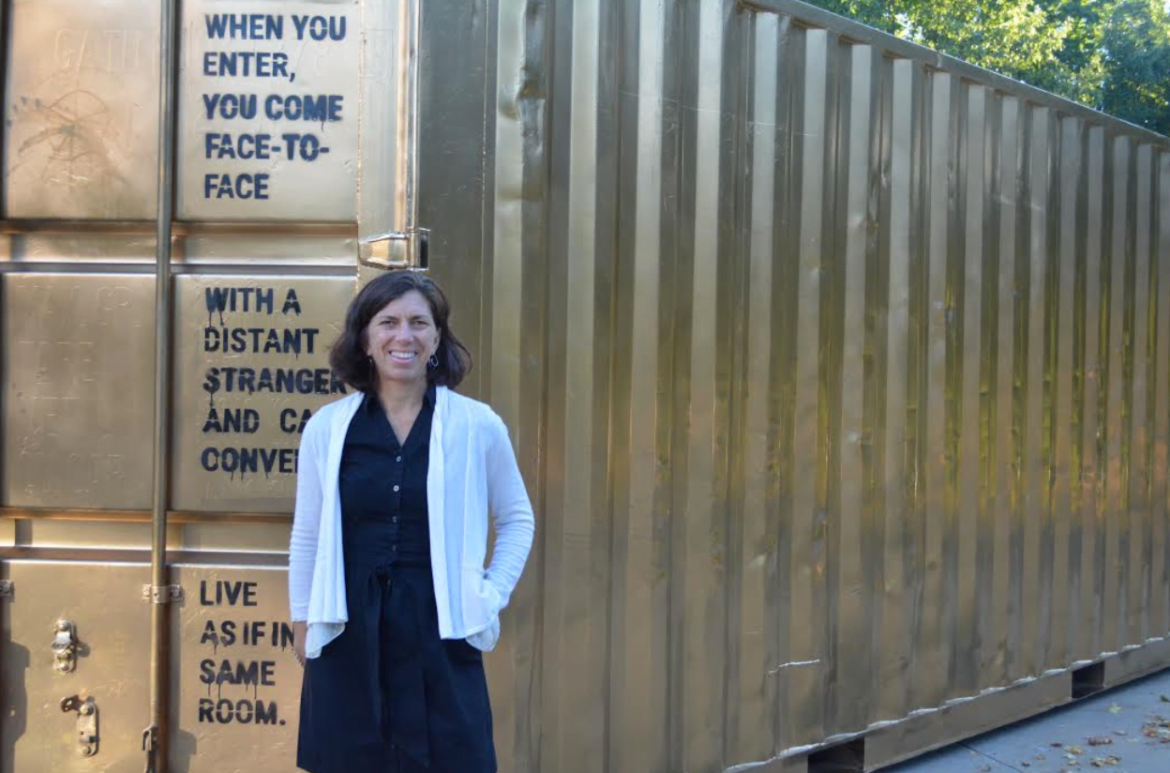 The first group of students to enter the portal were students in Greenwich Academy’s Today in the News class, which focuses on current events. The group connected with five boys in Erbil, Iraq, who had been displaced by an ISIS invasion of their home city, Mosul.

Students and teachers can arrange a discussion topic in advance, such as climate change. However, the perennial question asked by Greenwich Academy girls during a typical 20-minute portal sessions is, “What would make today a great day?”

To the boys in Erbil, the answer was short and simple: returning home.

Describing the outcome a  portal portal visit, the 17-year veteran teacher said, “You end up realizing the universality of human values, despite our radically different experiences.” Erickson said the portal’s purpose is to develop global awareness, while also realizing the common humanity. 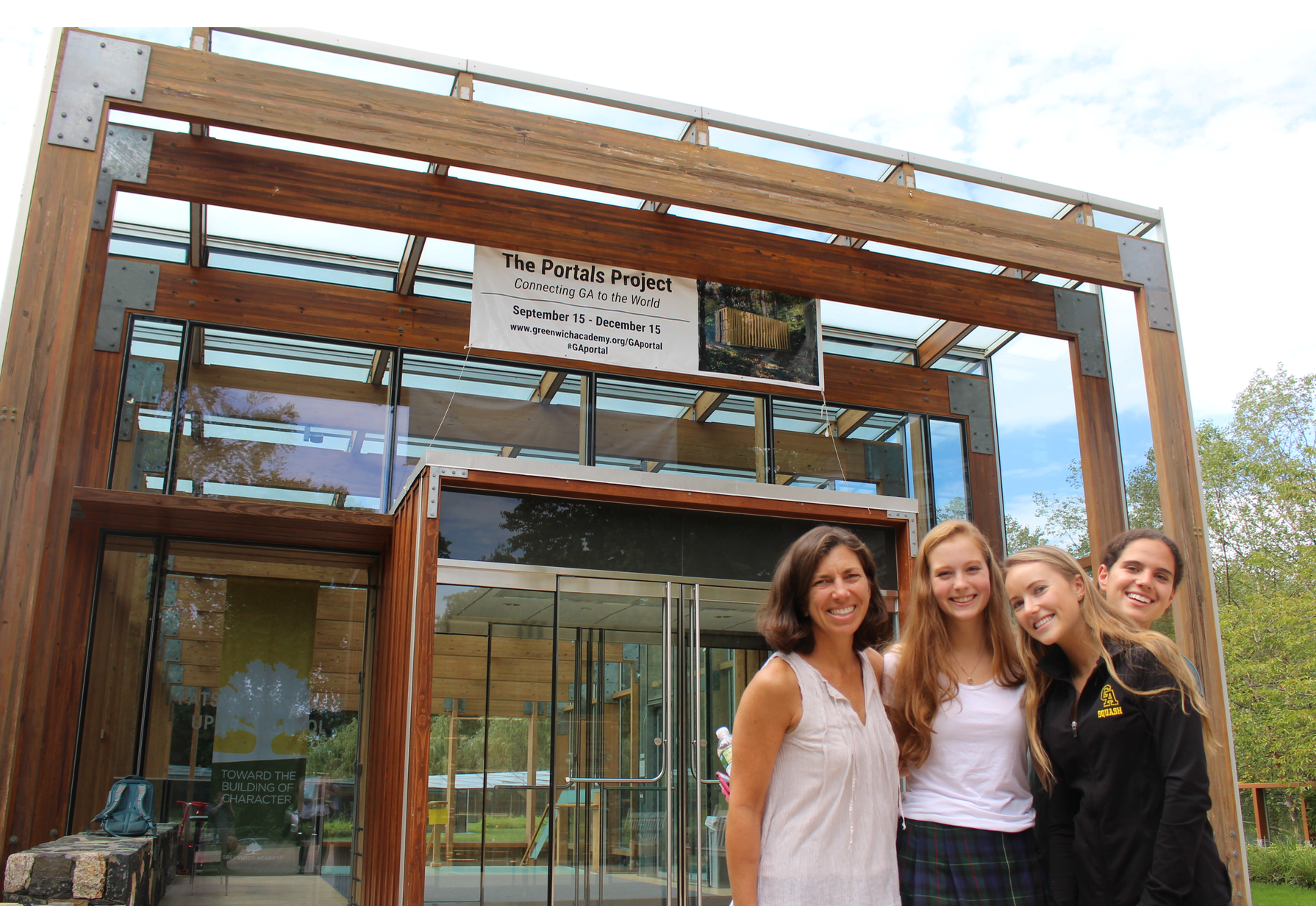 Describing the experience her European History students had in the portal, Erickson said, “They ended up dancing and singing. I note how extraordinarily different our situations are, and I think that becomes profound, but not necessarily in the dialogue, more like after the dialogue.”

During the three months the portal is stationed at Greenwich Academy, it will connect to Erbil in Iraq, Milwaukee in Wisconsin, El Progresso in Honduras, Kigali in Rwanda, Herat in Afghanistan, and Mexico City in Mexico.

The portal is open to the public until December 15 by appointment. Contact Kristen Erickson, [email protected], for more information.

For more information on the portal project visit the Greenwich Academy website. 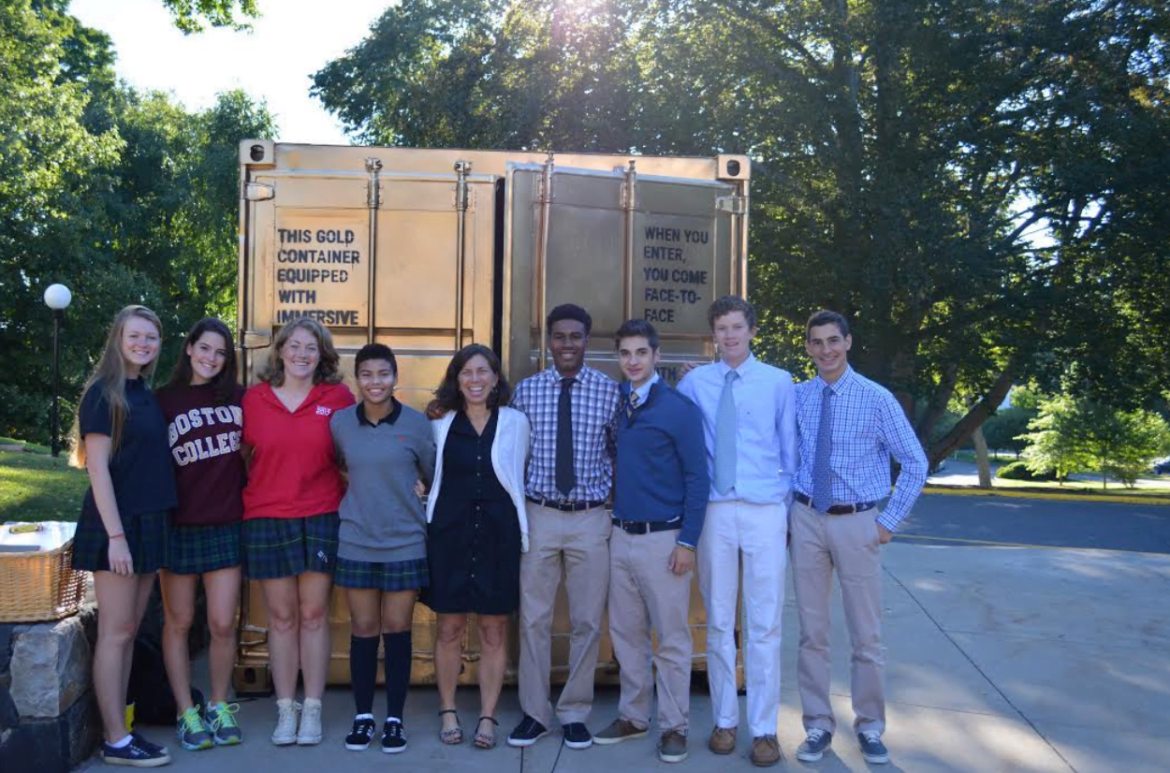 Along with social studies teacher Kristen Erickson, students from Greenwich Academy and Brunswick School who are in Greenwich Academy’s the “Today in the News” class prepared to enter the portal.  Credit: Sadie Smith 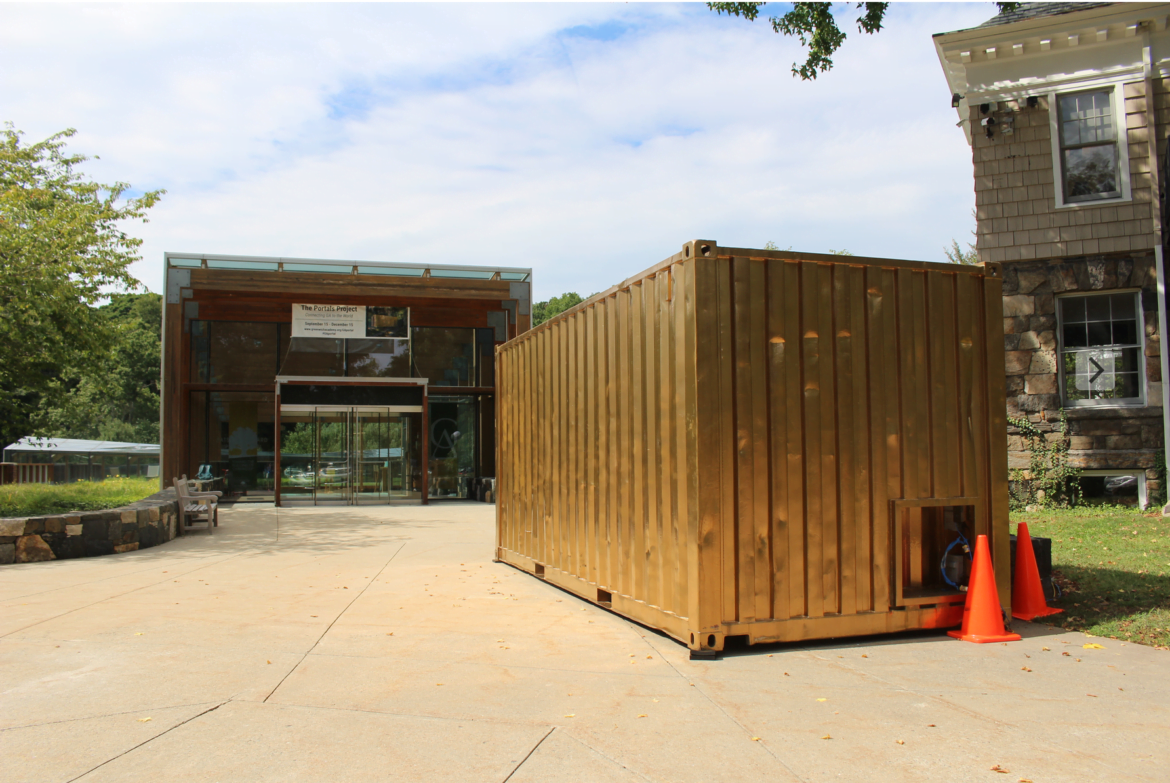