The Bruce Museum exhibit transports visitors to 19th-century Paris as the light shaped the works of numerous modern artists.

The exhibit was meticulously curated by Margarita Karasoulas, a former Bruce Museum intern and now a Ph.D. candidate art history at The University of Delaware. She describes en plein air where a painter reproduces the actual visual conditions seen at the time of the painting. She explains, “we are presenting the exhibition into four thematic sections: Nocturnes, Lamplit Interiors, Street Light, and In and Out of the Spotlight, which examines the spectacle of artificial light in Parisian cafés, theaters, dance halls, and cabarets.” 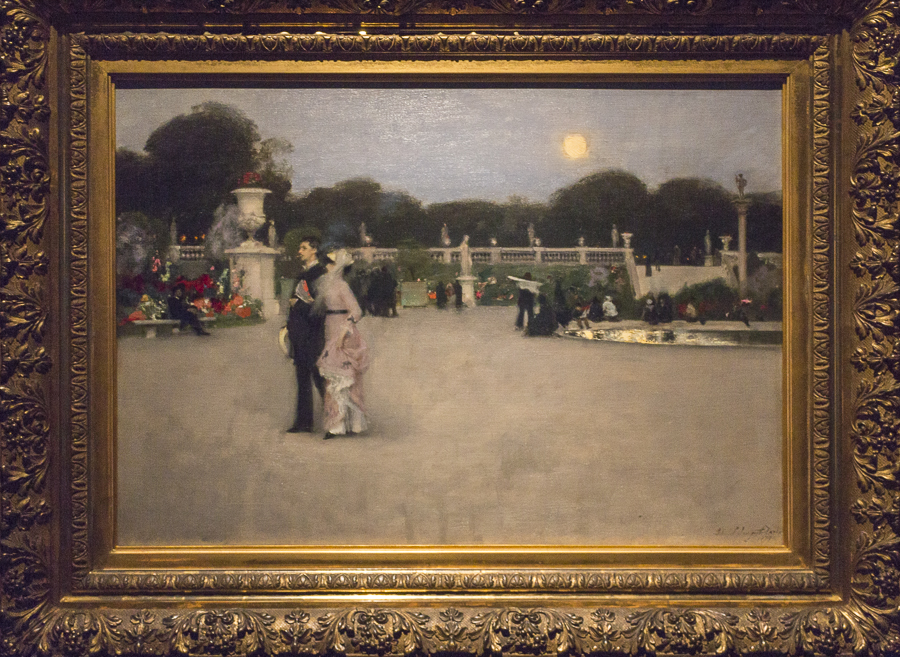 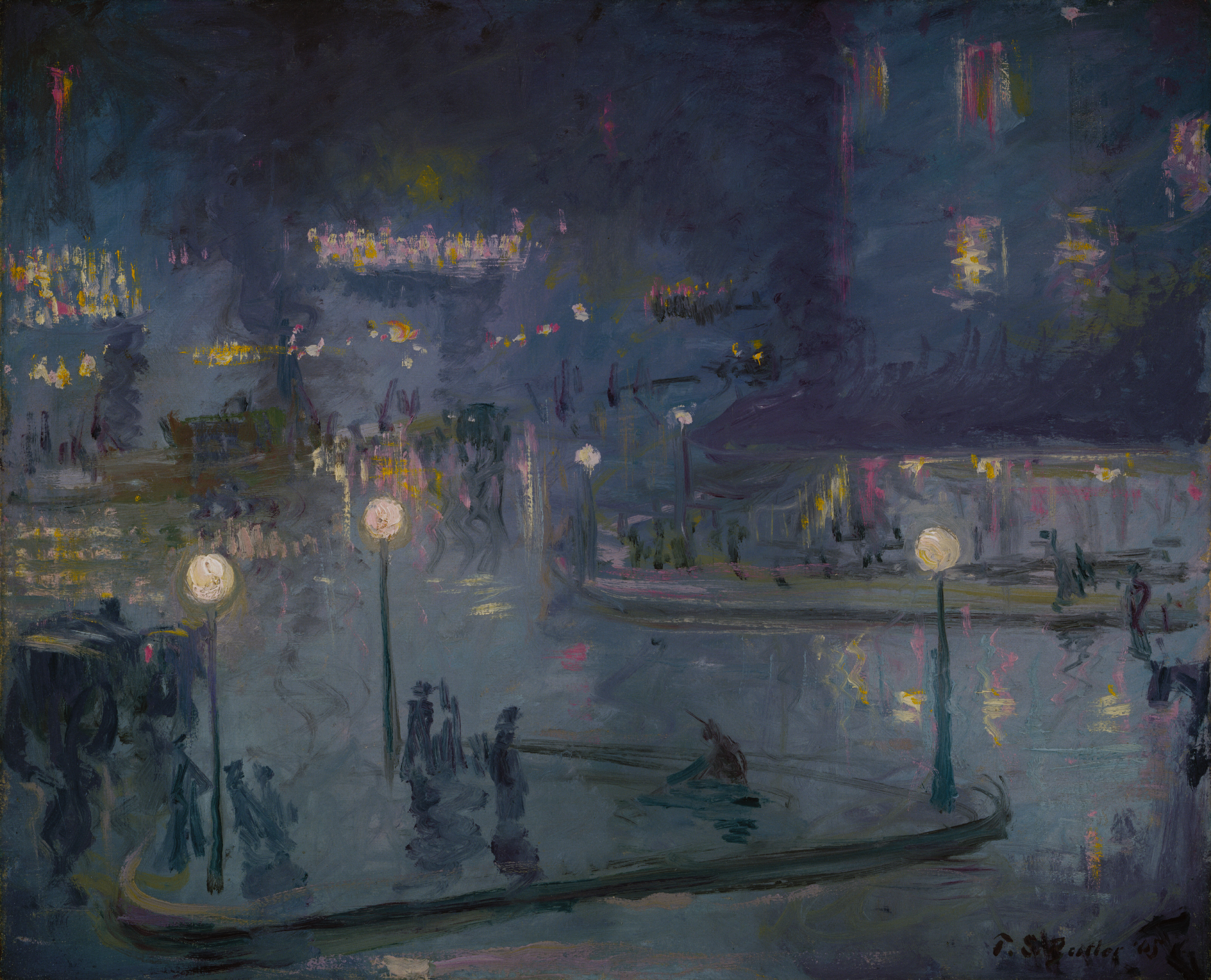 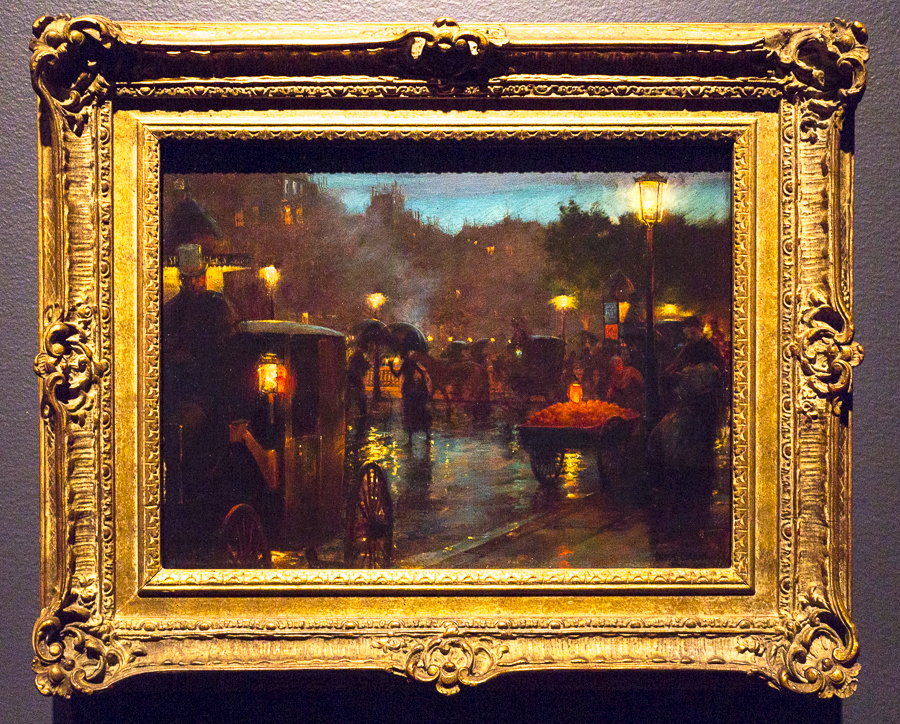 The investigation of light shaped the work of numerous modern artists and calls attention to the interest in light – the aesthetic curiosity about the night and its artificial illumination.

Viewing the show, you can visualize for yourself the sunlight, moonlight, candlelight, spiritual light, flickering gas light and electric light that sparkle and influence the works. 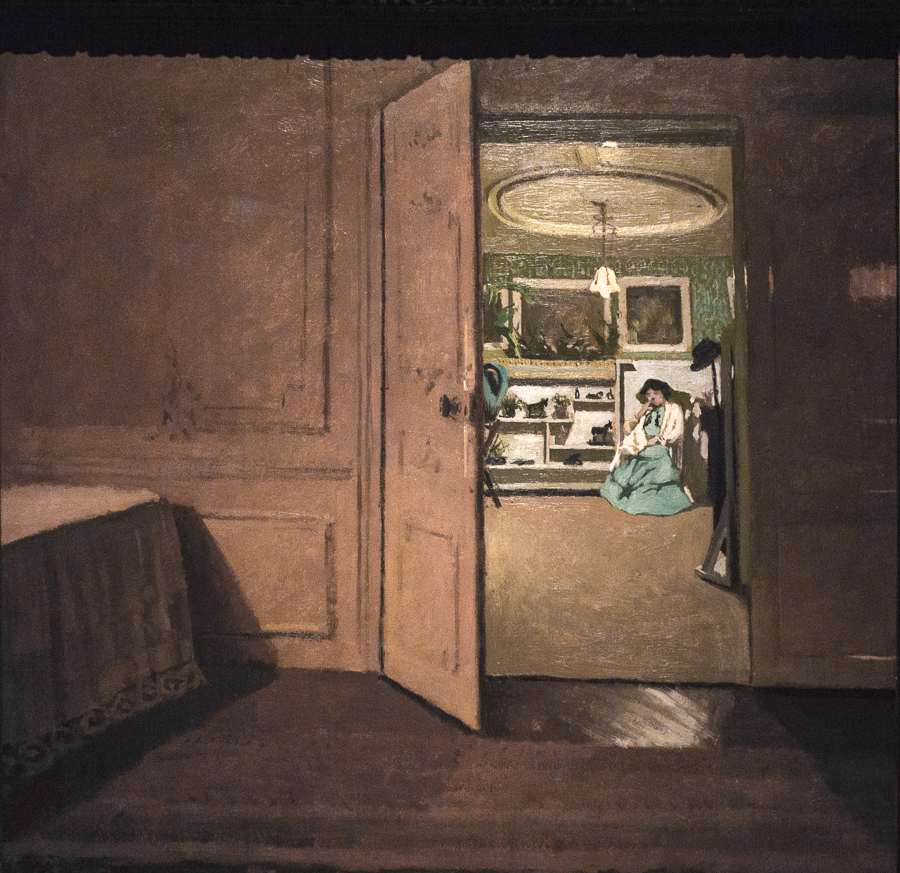 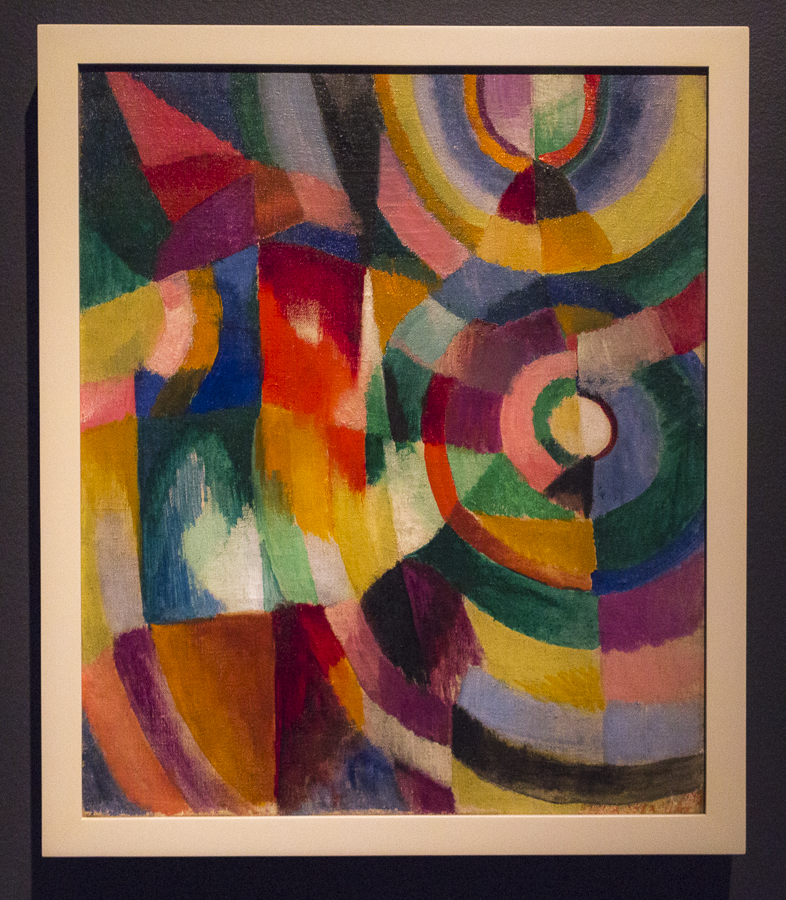 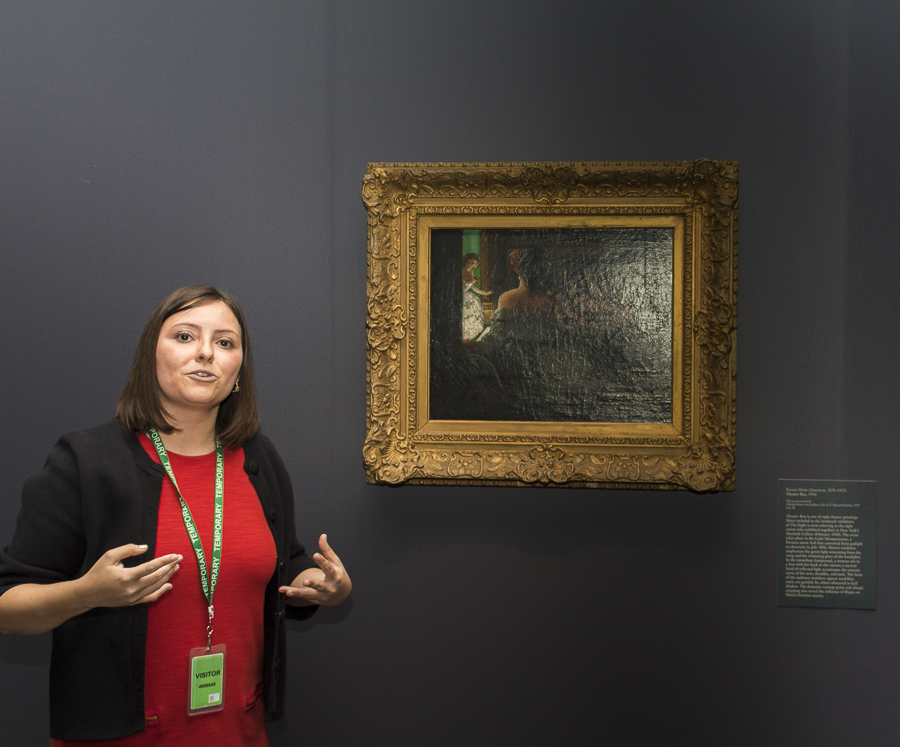 In the late 17th and 18th centuries, Paris became known as the “City Of Light” — a metaphor for its reputation as an enlightened center of reason and forward thinking. At night, however, its streets and boulevards could be dark, scary and dangerous.

But in the 19th century, with the advent (and popularity) of gas lamps and electricity, Paris’ epithet became a reflection of a new reality. As Paris was creatively bedecked in artificial light, street and café life exploded — contributing to a dazzling nightlife indoors and out. 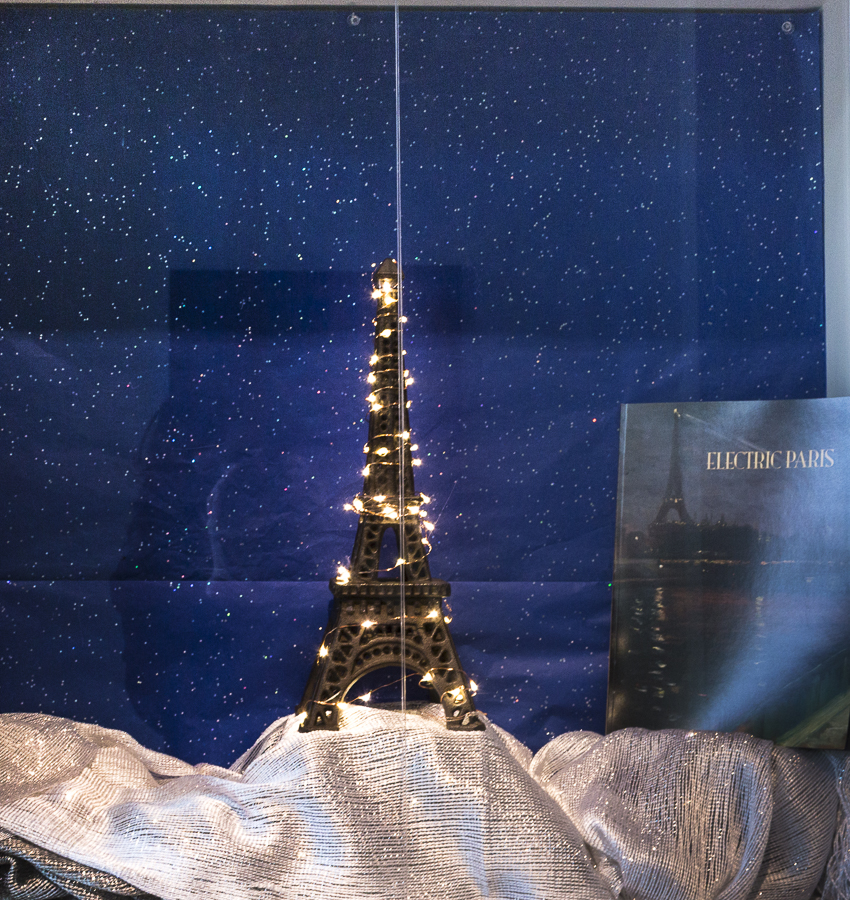 A display at the entrance to the Bruce Museum – The eiffel tower; the quintessential symbol of Paris. Credit: Karen Sheer 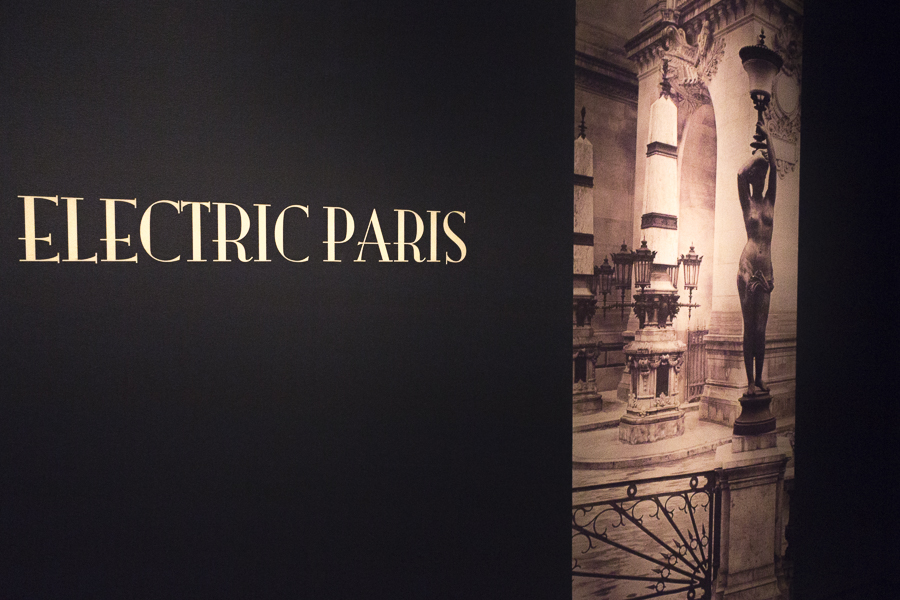 ‘Electric Paris’  is an expanded version of a show mounted at the Clark Art Institute in Williamstown, Massachusetts, in 2013. 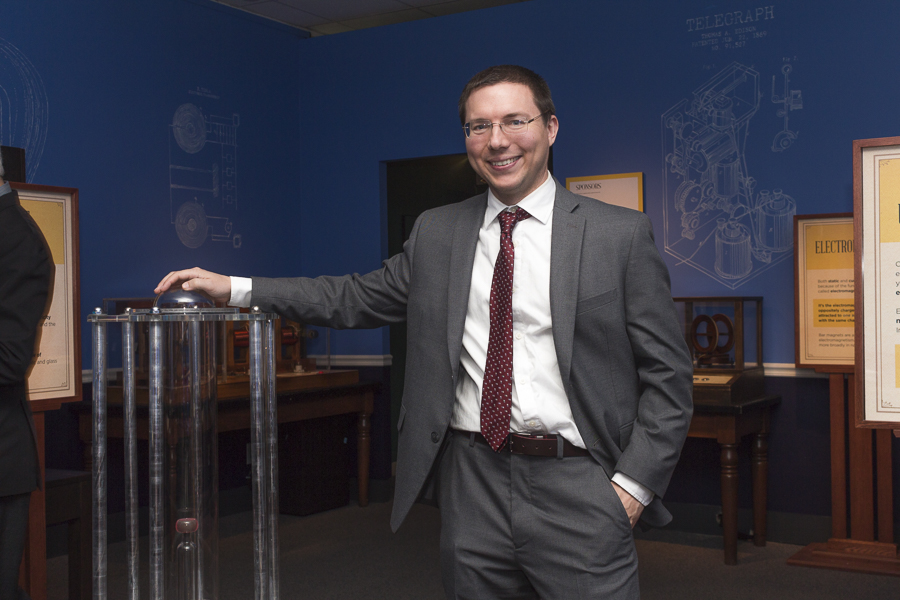 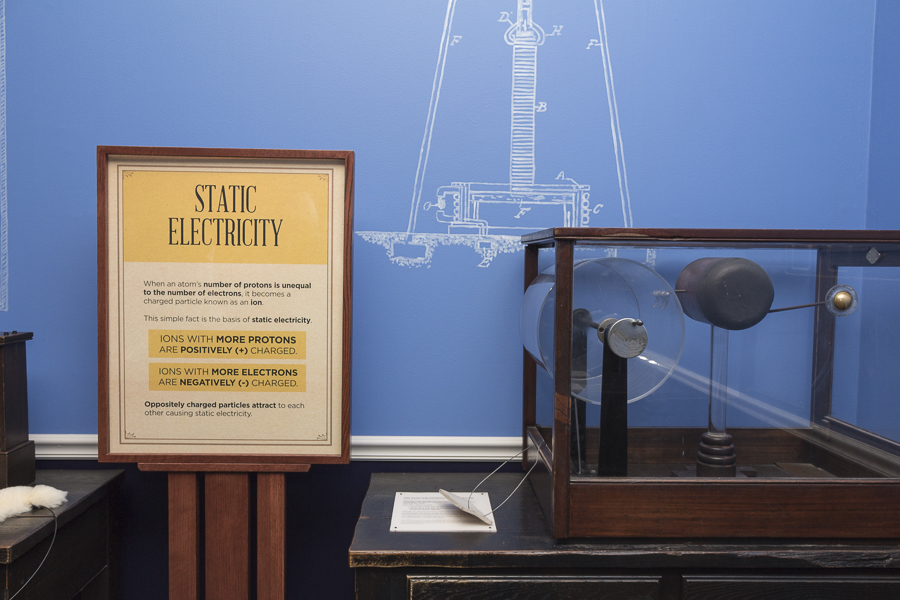 A complimentary exhibition Electricity, brought to Connecticut by way of The Franklin Institute in Philadelphia. Electricity runs from May 14 to November 6, 2016 and promises interactive experiences for visitors of all ages.

Curator Daniel Ksepka, Curator of Science, describes electricity as “ a natural phenomenon,” as he presented “Electricity.” Visitors will learn the fundamental principles behind electricity such as magnetic fields, electric charges, and battery technology. Sparks will fly (safely) as museum-goers examine concepts such as static electricity, attraction and repulsion, sparking, magnetic motion.

Numerous special events have been planned in conjunction with the two exhibitions, including a film series; a Monday evening, May 16, French-themed concert with the Chamber Players of the Greenwich Symphony Orchestra; a Young Professionals Happy Hour on Thursday, May 26; and a lecture series. Details are available on the museum website.