This year the annual musical at the Boys & Girls Club of Greenwich, The Little Mermaid, will benefit from the involvement of some familiar faces in Town.

Kerry Gavin, who moved this year from teaching at Greenwich High School to become Interim Assistant Principal at Western Middle School has signed on as music director.

He will be joined by Jenn Ambrogio Dunn, who teaches third grade at North Mianus School will serve as choreographer. In addition to teaching, Jennifer has worked with the the GYCL and Cos Cob Crusher Cheerleaders for many years and knows a thing or two about choreography!

Don Palmer, who is the program director at the Club, will wear a new hat, that of producer.

The show’s director, Rocco Natale, who otherwise serves as the Executive Director of the Open Arts Alliance, could not be more excited about the 8th main stage show at the Club. 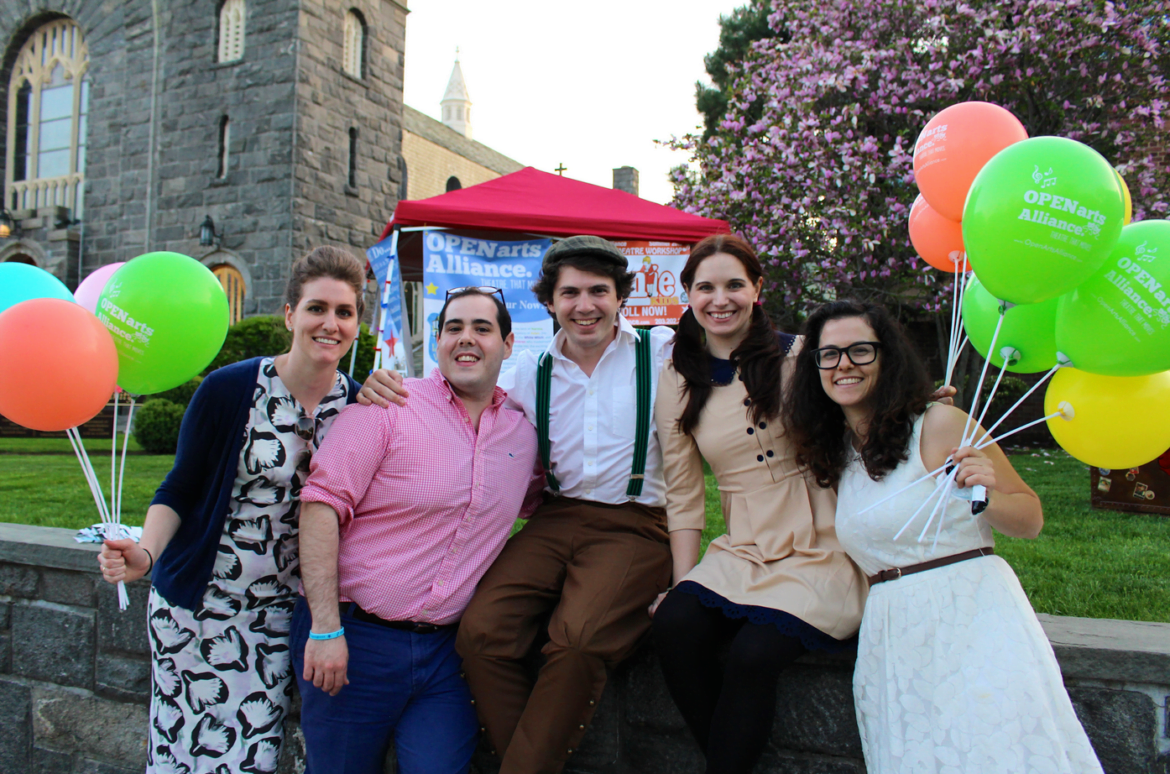 Rocco Natale with his Open Arts Alliance colleagues outside St. Mary’s Church during Art to the Avenue, 2015. Credit: Leslie Yager

Don Palmer said the success of the show boils down to the direction of Mr. Natale. “It’s about the professionals, starting with Rocco. But he brings in other quality teachers, so the kids get a quality experience.” 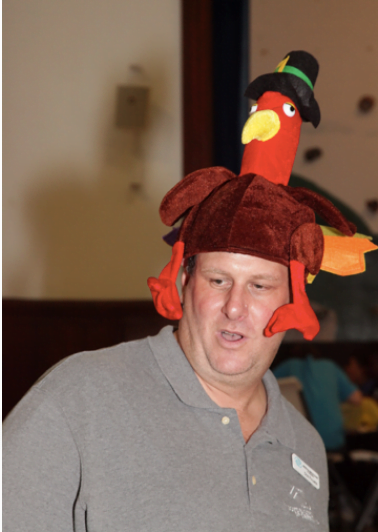 Don Palmer wears many hats at the Boys and Girls Club of Greenwich. In addition to his job as program director, this year he will be a producer of the play, The Little Mermaid.

“The kids learn about stage work, but they also learn about team work, confidence and togetherness,” Palmer added. “At the end of all the practices the reward is two perform in front of 300 family members and friends – reaping the rewards of the applause.”

“One of the things that’s exceptional about the Club is that we have probably the best theater arts program that is not affiliated with Greenwich Schools,” Natale said. “The fact that we have 200 kids come out to audition for every musical reflects that arts are necessary and there is a need in this town for the arts that only the Club is filling.”

Also, he said the production includes kids from every school, socio-economic background, race, religion and range of both age and ability. “They all collaborate to create a beautiful final product that they’re proud of,” Natale said. 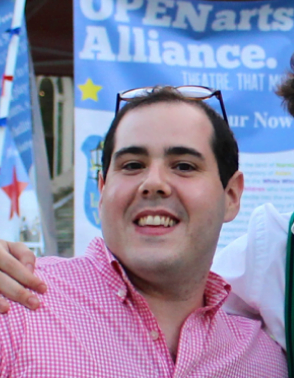 The director said the theater arts program at the Club is much bigger than the show itself. “It’s about young people learning about themselves, each other and the performing arts in a safe nurturing environment, led by working artists committed to educating the next generation of artists,” he said.

Children often come to the auditions with a friend or friends, and that is welcome, but not necessary. “We do our bet to cast as many kids as possible, safely and to give opportunities to new kids, while honoring our loyal club kid population,” Natale said.

Natale, who credited staff at the Boys & Girls Club of Greenwich for their support of the arts program as it has grown, said the Club’s Board Chair, George Fox, has also made the program a priority.

“With so many arts programs in the area being cut, now, more than ever, their support is incredibly meaningful in bringing arts programing to students who might not have the opportunity to meet new people or learn about confidence and self-efficacy.”

“I’d also like to thank the Jonas Family Foundation who generously sponsored our ongoing work,” he said. “We couldn’t do it without them.”

Natale, who has been directing the play at the Club for eight years, and whose father was a Club kid back when swimming was done naked, and Camp Simmons featured playtime in the mud, said he is honored to preserve all the work and beloved traditions of those who came before him.

“I wish more people realized how much good happens here on a daily basis,” he said. “Where else can kids explore athletics and the arts, in addition to getting help with their homework? he asked.”It’s endless the amount of activities for the kids. It’s truly amazing. There’s so much positive energy in the building, you can’t help but leave here without a smile!” 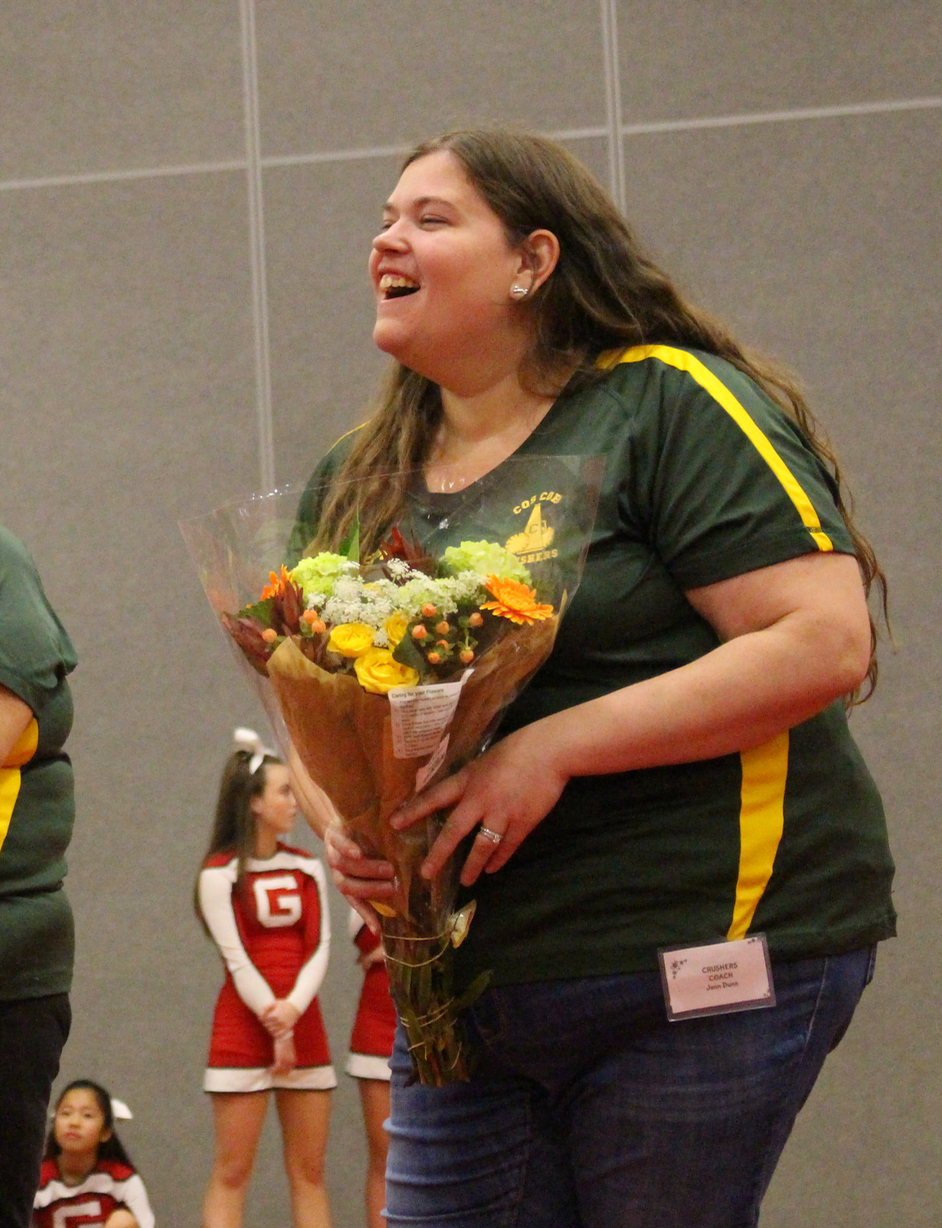 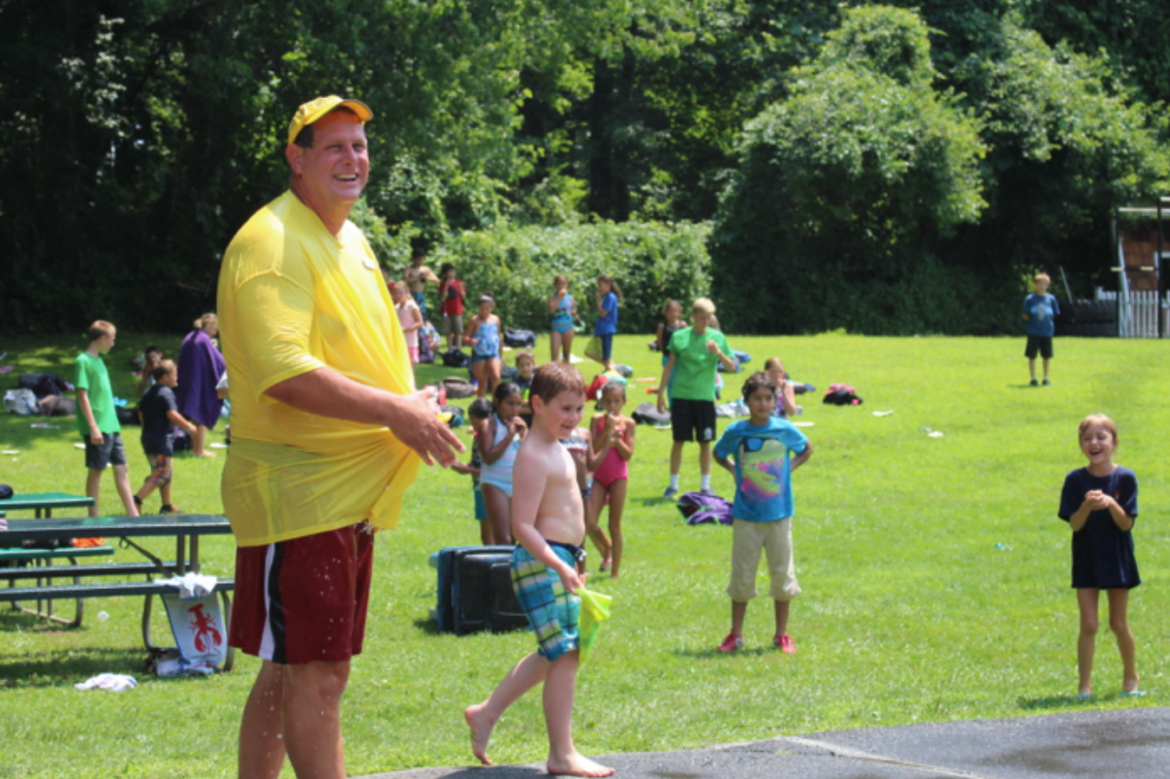 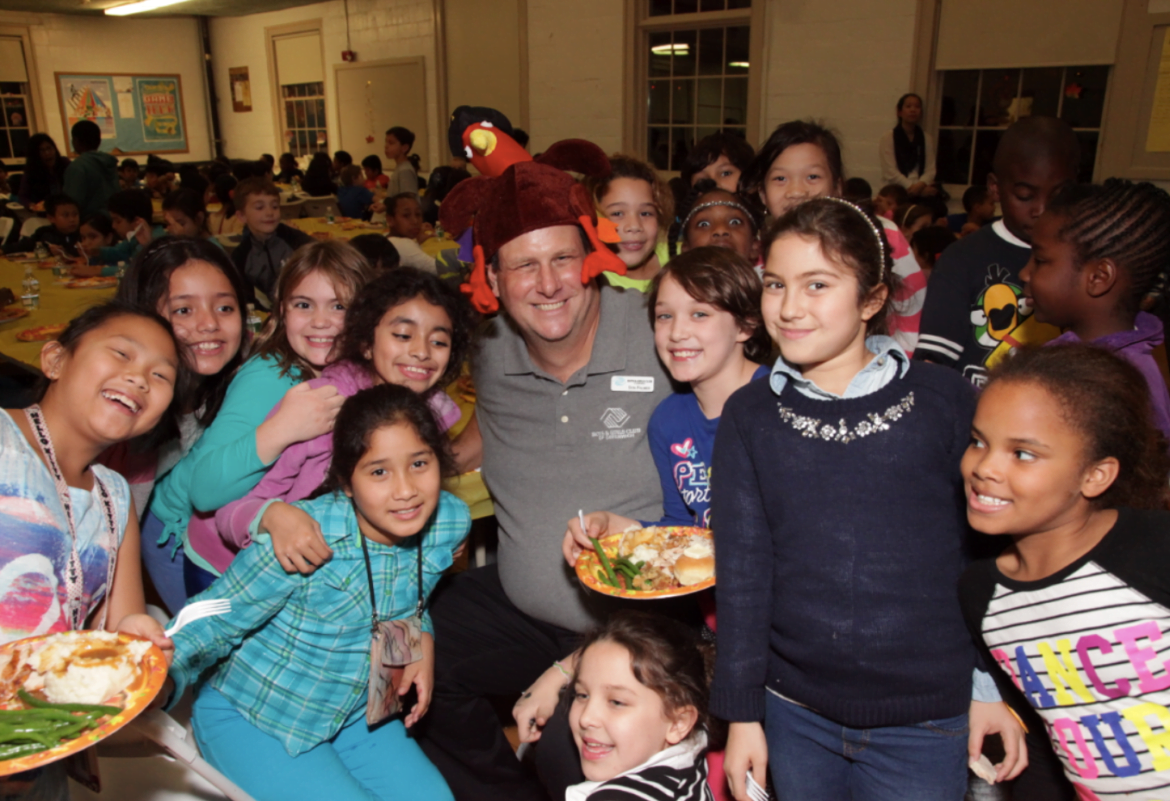 Don Palmer at the Thanksgiving feast at the Boys & Girls Club. 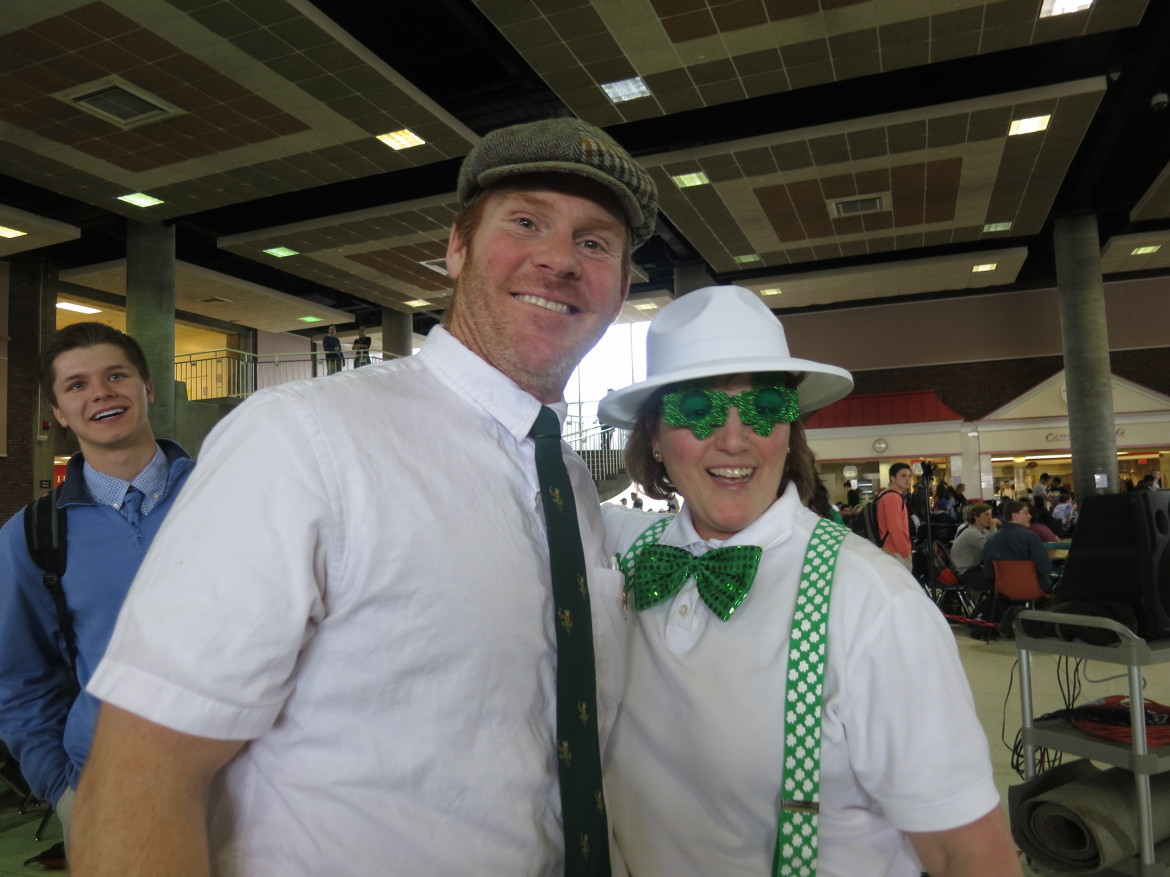 PHOTOS: Head to the Boys & Girls Club of Greenwich to Say Goodbye to Birdie