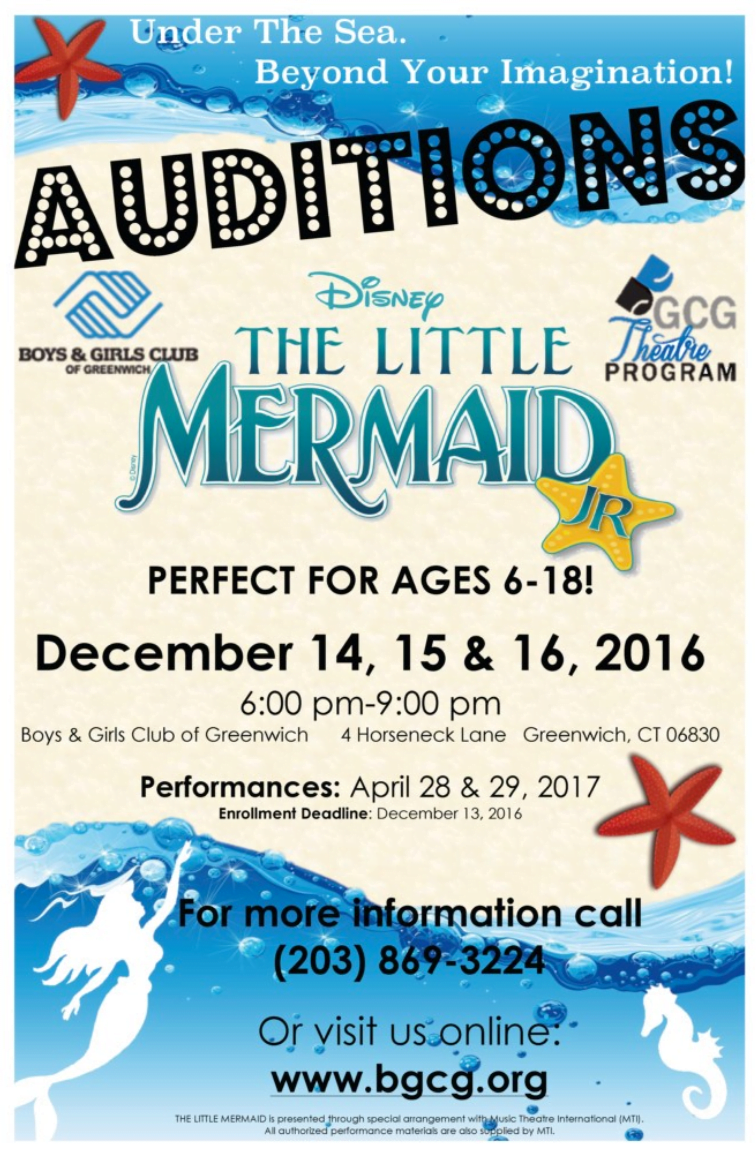 The Boys & Girls Club of Greenwich’s Theatre Program is proud to announce auditions for its upcoming main stage musical, “The Little Mermaid Jr.,” scheduled for December 14, 15 and 16 from 6:00 – 9:00 pm.

“The Little Mermaid Jr.” is adapted from Disney’s Broadway production and motion picture, featuring the Academy-award winning musical classic “Under the Sea,” as well as “Part of Your World” and “Poor Unfortunate Souls.”

In a magical underwater kingdom, the beautiful young mermaid, Ariel, longs to leave her ocean home – and her fins – behind and live in the world above. But first, she will have to defy her father, King Triton, make a deal with the evil sea witch, Ursula, and convince the handsome Prince Eric that she is the girl whose enchanting voice he has been seeking.

Don Palmer, Program Director at the club, will produce the musical.

Young people ages 6-18 are encouraged to audition; the registration deadline is December 13.

Auditioners should prepare an a cappella song and be ready to sing as well as read from the script.