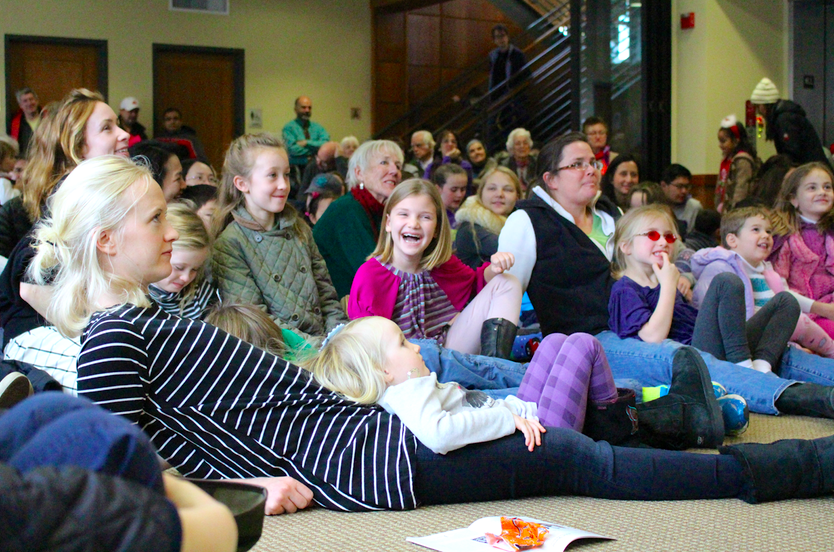 Byram Schubert Library was the setting for an interactive performance by the Aizuri Quartet on Saturday morning. About 150 turned out for the hour long event, which was fourth in a series of ten Curiosity Concerts in the 2014-15 series.

Billed as “exceptional music designed to inspire both parents and children,” the concert lived up to its promise. On Saturday, the children, all the way down to the toddlers, were entirely absorbed in the music. 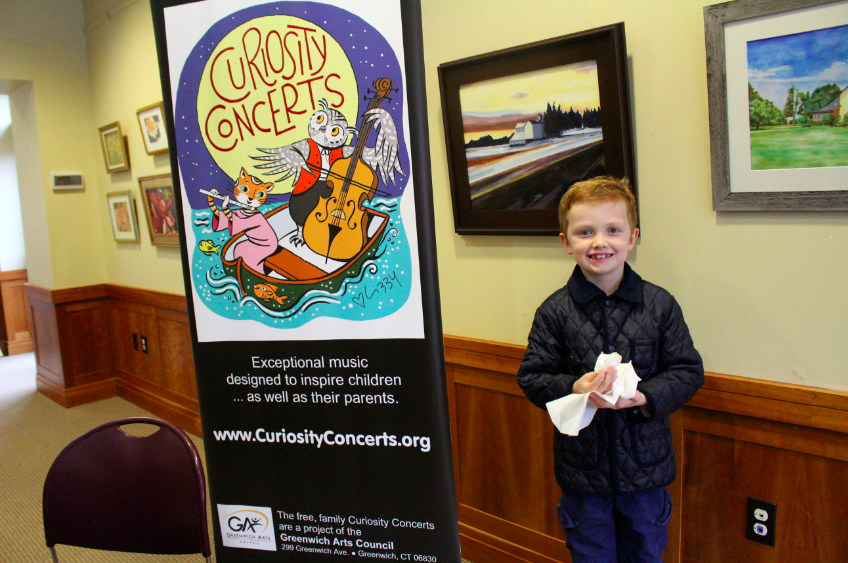 Harry Thompsom, 7, a student at Riverside School munched on a donut after the Curiosity Concert performance at Byram Schubert Library on Saturday. Credit: Leslie Yager

Harry Thompson, a budding seven-year-old pianist attended the concert with his mother Kelly. Harry, who goes to Riverside School, was rapt throughout the performance, though his hand was the first to shoot up during the interactive Q&A with the musicians. 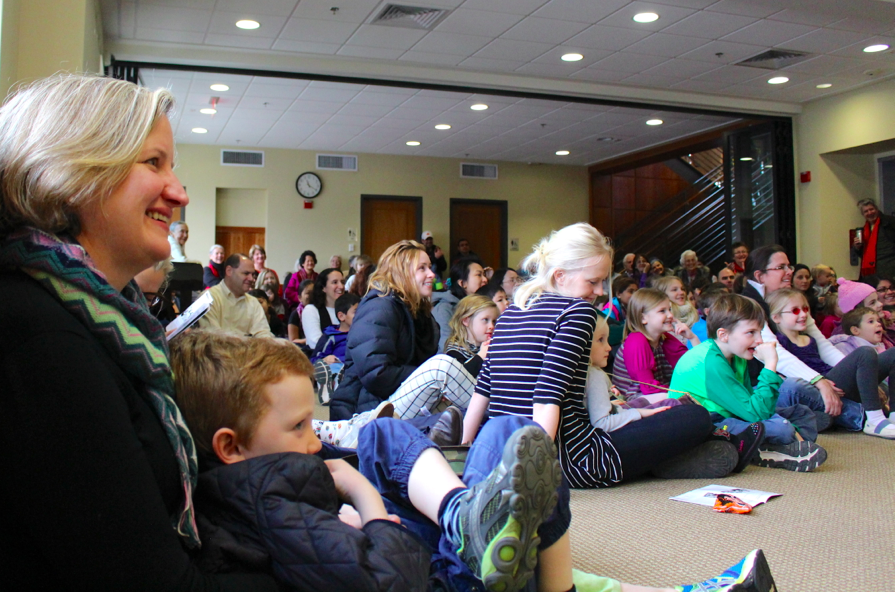 After a welcome from Miguel García-Colón, the branch manager of Byram Schubert Library who reminded visitors that his branch is indeed the friendliest library in town, the members of the Aizuri Quartet introduced themselves as Miho Saegusa (Violin), Zoë Martin-Doike (Violin), Ayane Kozasa (Viola) and Karen Ouzounian (Cello). 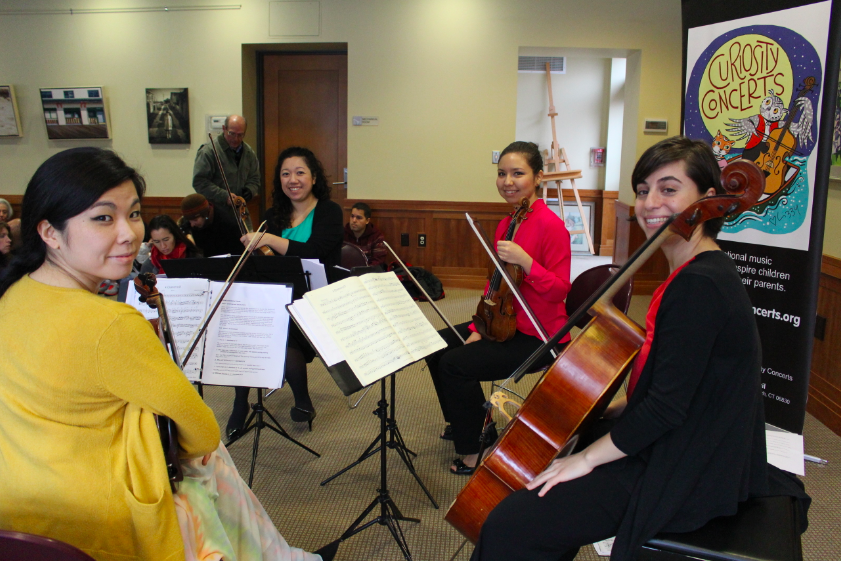 During the concert, the quartet, whose name derives from “aizuri-e,” the Japanese art of indigo woodblock printing, explored the diverse sounds, moods and conversations an ensemble can produce, with selections from Mozart, Leos Janaek and Claude Debussy.

Curiosity Concerts have become tremendously popular since the series’ debut season in 2013-2014. The performances, set in a variety of venues throughout town, are the brainchild of Greenwich mom Shelly Cryer, and are a project of the Greenwich Arts Council. 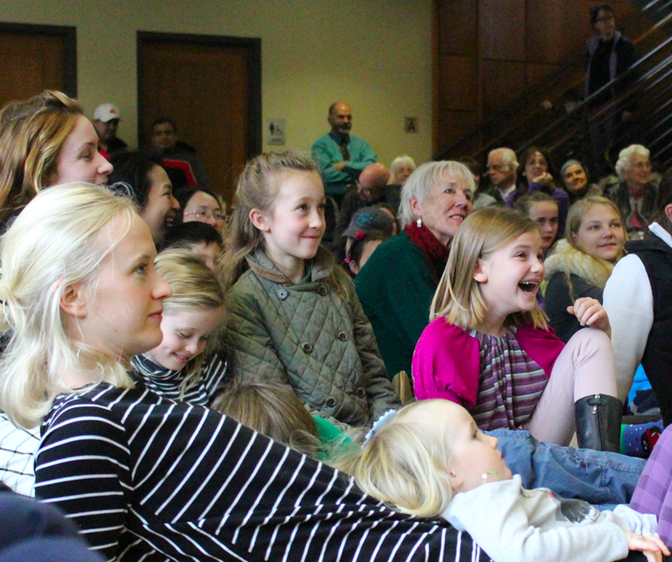 The 2014-15 season features ten concerts. If you’ve missed the first four, there are six remaining between now and June. The concerts are free but families are asked to make a reservation online.

And while the concerts are free, donations are greatly appreciated because the top-notch musicians are paid for their work. Saturday’s performance by Aizuri Quartet was made possible by a donation from Georgie Ashforth of the Ashforth Children’s Concert Series. 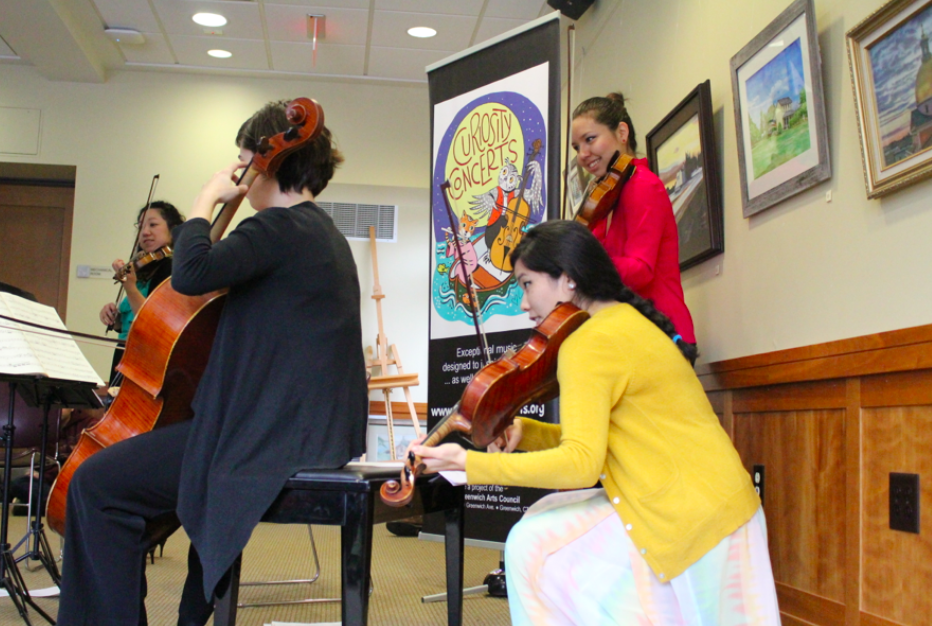 The quartet demonstrated how sometimes the music seems to come out from hiding. Credit: Leslie Yager

Upcoming concerts include the Greenwich Choral Society on Saturday Jan. 31, 2015 at Greenwich Library. On March 1, 2105 there will be a performance of the New England Percussion Ensemble at the Garden Education Center.

A full schedule of the 2014-15 Curiosity Concerts season is available online. 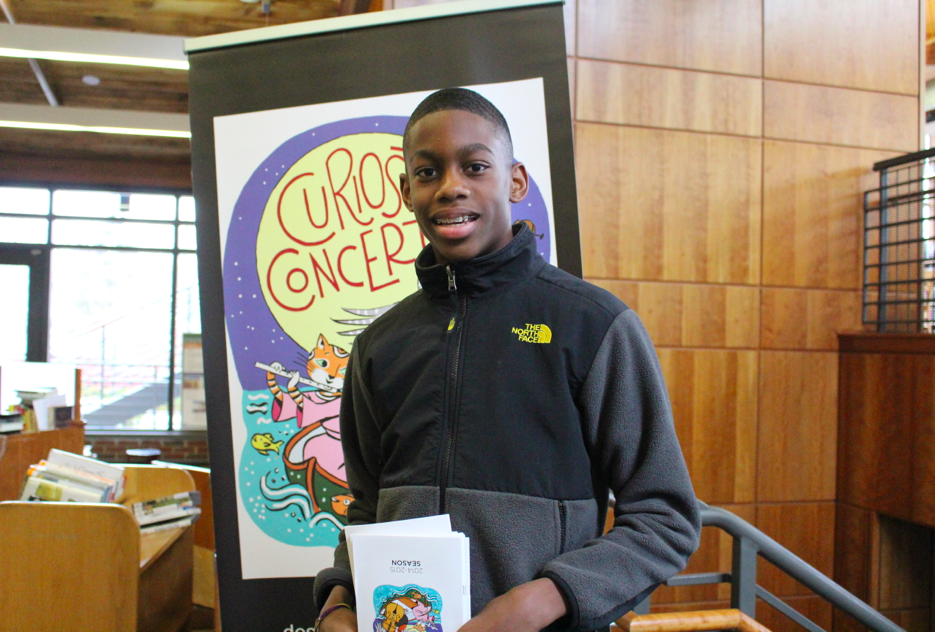