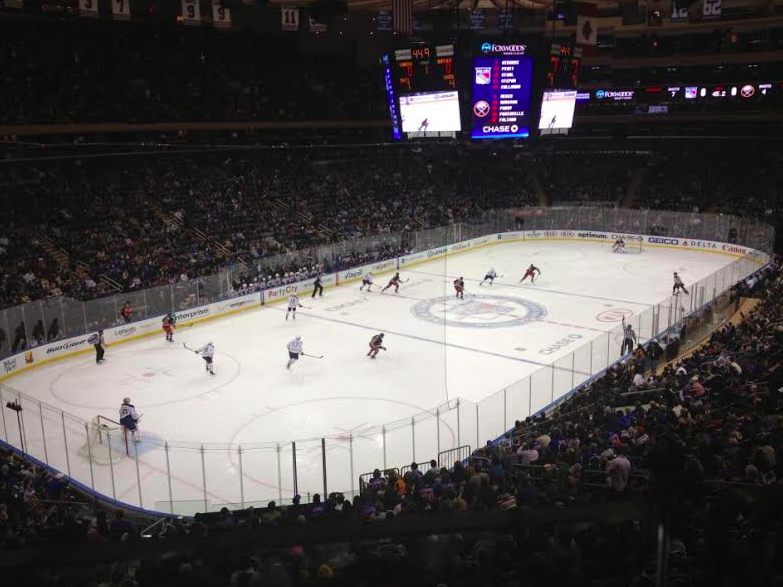 The New York Rangers find themselves in a tough spot after losing three in a row to the Pittsburgh Penguins putting them in a 3-1 deficit. But there is hope. Look at what the LA Kings just did to the San Jose Sharks, coming back from 3-0 in the series. The Blackhawks came back from 3-1 on the Redwings in last year’s playoffs.

Also if not for a comeback by the Boston Bruins in game 7 last year we could have added last years Toronto Maple Leafs to this list. It’s not impossible. The Rangers need to turn it around fast though in many ways.

Rick Nash is obviously frustrated with how he hasn’t scored yet in these playoffs. It doesn’t help that the fans at the garden have been booing when he has the puck.

It’s not that he isn’t trying. But he has to put one in the net to get the monkey off his back. Then if the Rangers force a game 6 at the Garden on Sunday the fans could be more confident and so will Rick Nash. A confident Rick Nash is a good Rick Nash.

For a Rangers comeback this would help them the most, as this would most likely mean that the line with him and Chris Kreider can get to work. When this line was together before Kreider got hurt it was lethal. Getting this line back into a groove will benefit the Rangers as much as anything.

2. Henrik Lundqvist, keep doing what you are doing.

Pretty much the one player who has been playing well in this series is Henrik Lundqvist the goalie. He is keeping the Rangers in games singlehandedly. Don’t be surprised if Lundqvist steps up big time even if the Rangers don’t come back. The Rangers need to reward Henrik for how he has been playing lately. That brings me to my next key to a Rangers comeback

3. Capitalize on opportunities to score.

The Rangers have had chances to score, they just can’t put it in the back of the net. This will benefit Henrik Lundqvist if the Rangers can put the puck in the net on their chances. An example of the Rangers not being able to do this is game 3, the Rangers hit the post or crossbar around 3 or 4 times in their 2-0 loss. There were many chances for the Rangers to capitalize on but they didn’t burry them. This is the exact reason the series against the Flyers went to 7 games. They dominated the series. They didn’t take advantage of chances to score. So they had to go the distance in that series.

Even if it is still just one goal this gets the monkey off the back of the whole Rangers team. Just so they know that it is possible to score one. It might take some experimenting to do it but it has to be done. It doesn’t matter how or who scores this goal. Just put one in the net somehow.

5. Prove you are better on the road.

The Rangers have played better on the road this season. Two of the next 3 games that could potentially happen would be on the road. If they are truly better on the road they should prove that they are by winning game 5 at least. It is weird to say but arguably the most difficult game to win for the Rangers could be game 6 at home. Pressure from the fans in a win or go home game. But it all depends on Friday night’s game in Pittsburgh.