The performance was filled with hit songs from the past that the audience enjoyed. Percussion Ensemble, the first group of the night, performed Enter Sandman by Metallica. The Jazz Ensemble played Isn’t She Lovely by Stevie Wonder. The Concert Band played Queen in Concert, a medley of familiar Queen songs. Finally, the Combined Band performed The Beatles Love, another medley.

Songs from many other genres were performed as well. The Jazz Lab Band played Tiger of San Pedro by John LaBarbera, a fast paced Latin piece. The Combined Band performed El Choclo by Angel Gregorio Villoldo, a popular tango in Argentina.

Before the last song of the night, Director of Bands John Yoon and Associate Director of Bands Ben Walker took time to thank 24 graduating seniors. They were called up by name and recognized for their contributions to the band program during the past four years. 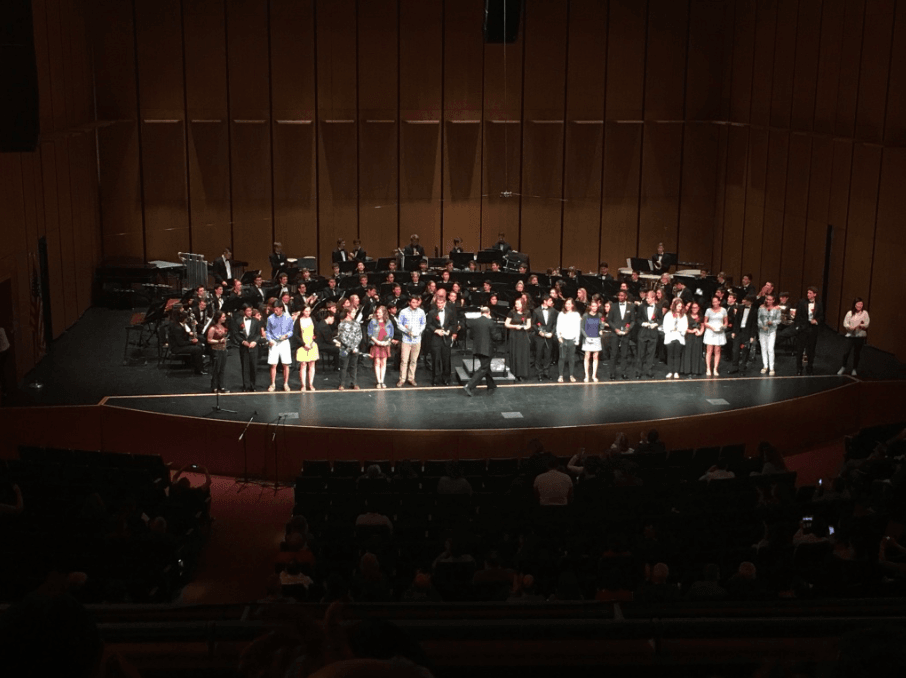 The band program has left a lasting impression on students. Many former students of Mr. Yoon and Mr. Walker were seen at the concert to support the program, something graduating students will continue to do in coming years.  That is a result of the memories that were created not only in the band room during rehearsals, but on trips taken throughout the years.

Overall it was an enjoyable event with good music and a night for seniors to reflect on memories they created in the band program.