With an enrollment around 2,600, Greenwich High Schools is big, especially compared surrounding towns. But the corollary to the high headcount is that there are abundant opportunities that extend far beyond the thick course catalog.

In fact the booklet that lists GHS clubs fills 28 pages and ranges from American Sign Language Club to Y-Net. And every fall, during the first week of school, student activities hosts a fair in the student center for incoming 9th graders. Among the tables full of clubs vying for newbies, there will be one particularly friendly and inclusive group: The Pep Band.

“We’re re-branding,” said Erik Gundel who has directed the GHS marching band for three years. “We’re becoming the Pep Band and will do less marching and more performances at home football games. There’s even talk of performing at basketball games and other events,” he said.

Mr. Gundel, who has taught at GHS for five years and is working on his doctorate in Instructional Leadership, plays a variety of instruments. He was a math major in college and a music minor at Western Connecticut State University. Despite having a significant commute to and from the high school from his home, he stays on Wednesday nights until 7:30pm, when the weekly Pep Band practice ends. He has created a welcoming group and the students gravitate toward him. 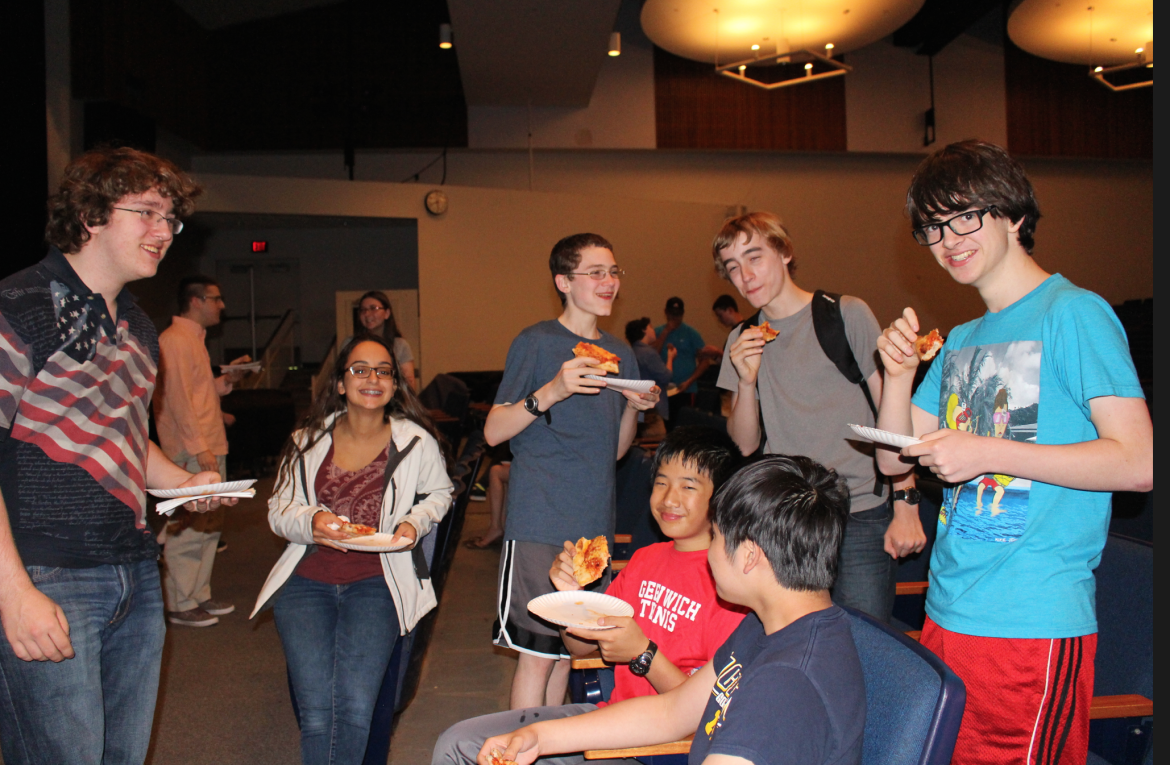 Pizza party for the GHS Marching Band, which will continue as “Pep Band” in the fall. Credit: Walker Nadeau

Just before the Memorial Day long weekend, Mr. Gundel, with the help of parent volunteers, threw a pizza party for the Pep Band, followed by a planning meeting for next year. The camaraderie was hard to miss.

“This was my first year doing marching band,” said Ben Langley, a senior who is headed to Bucknell in the fall to study computer science. “My friend Aaron Kim said I should just come on a Wednesday night and try it. I had so much fun,” he said. “We play fun songs like Iron Man, Hey Baby, Roar and Eye of the Tiger. People really respond to it.” 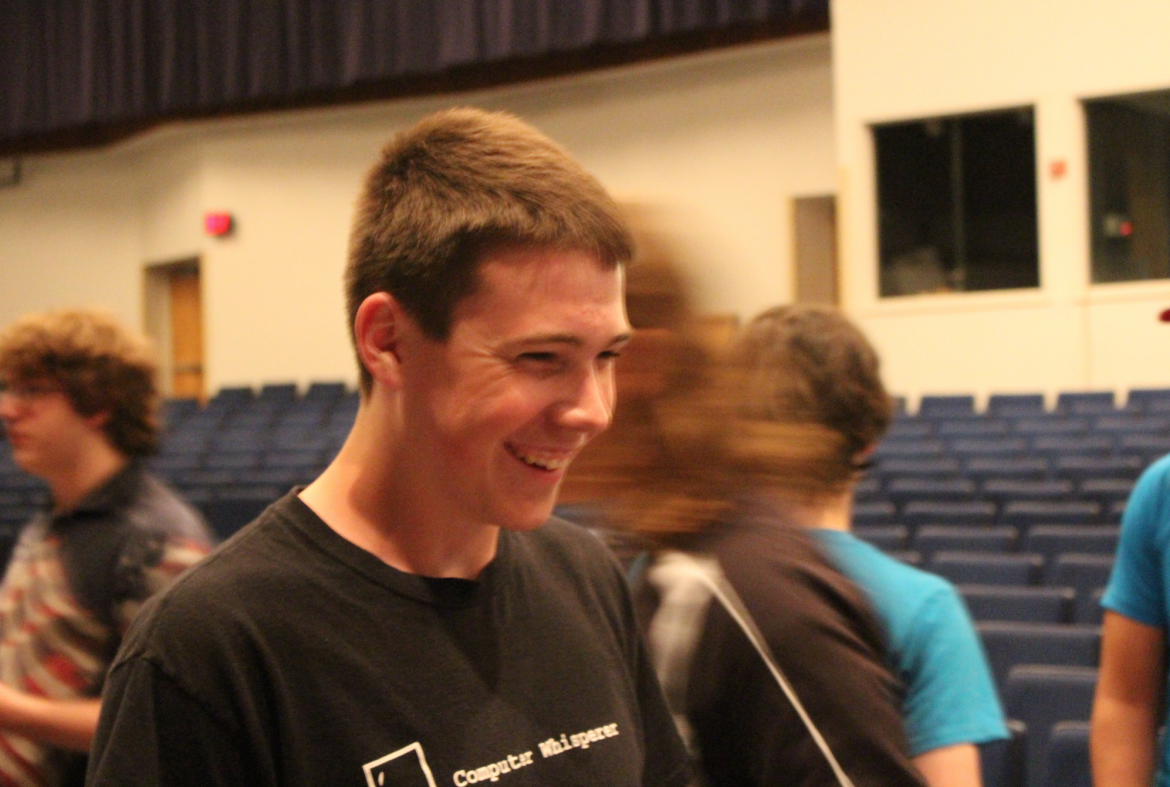 Ben Langley joined marching band as a senior at the suggestion of a friend and said he had a great year. Credit: Walker Nadeau

Langley who also plays clarinet in the GHS symphony band, and is both an avid runner and rock climber, said that before his friend’s suggestion, he’d never thought about being in a marching band or pep band, but looks forward to it every Wednesday.

“It’s relaxed and enjoyable,” he said. “It is open to students in all four grades. It’s inclusive,” Ben added, explaining that means all ranges of ability are welcome. “People who aren’t even in band can join. It’s fun. We all have fun hanging out together at the football games.”

Sarah Cicchetti said Mr. Gundel has created a fun opportunity for students who want to play in a band, but don’t have time for a the commitment required to participate in one of the traditional bands at the high school.

Musicians in the traditional bands are required to sacrifice other electives because they meet as a class class six times in each eight day cycle, in addition to before and after school mandatory rehearsal. Also, traditional band students receive a letter grade on their report card. 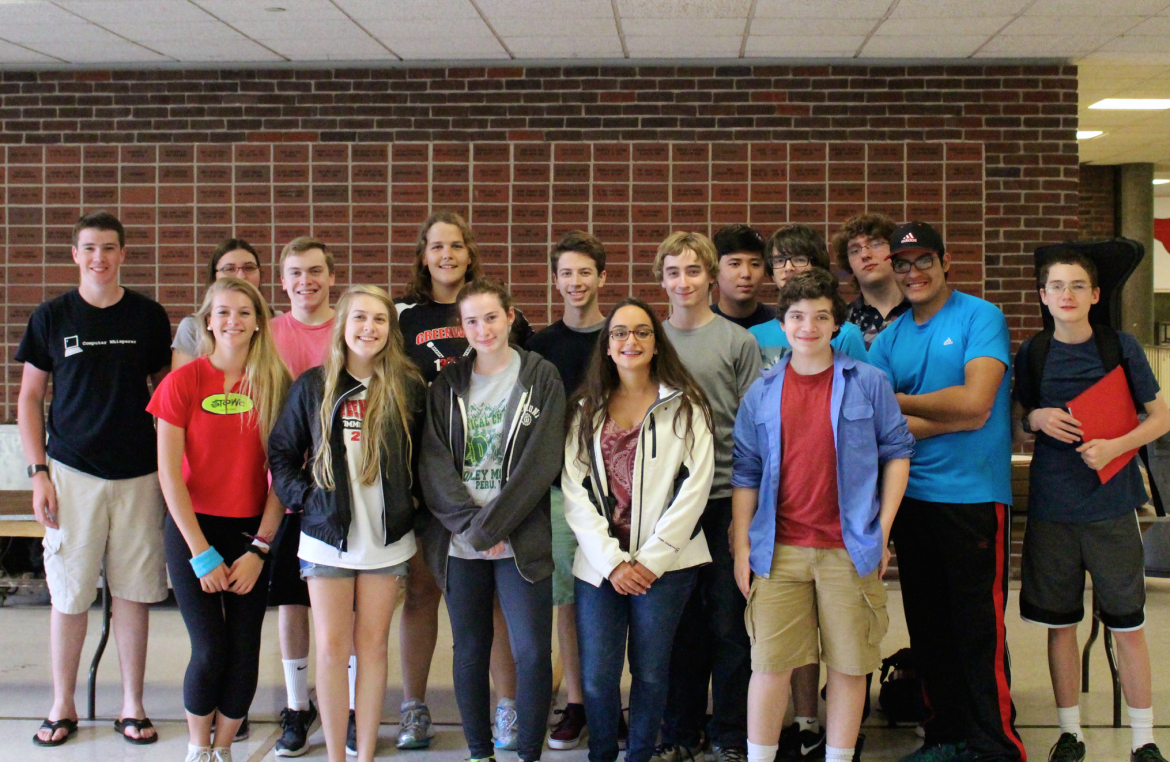 “This is one of the best experiences of the high school,” Sarah said of Mr. Gundel’s band. “Even though we’re a small group, we have a really fun time. And we get to play pop music,” she said between bites of pizza.

“He’s so great about it if I am a little late coming from track practice,” Sarah said of Mr. Gundel. “It’s all about having fun and he’s okay with people coming late from sports or another extra-curricular.”

Mr. Gundel said that in addition to having fun and boosting school spirit with a repertoire of fun songs, the Pep Band kids earn about 17 volunteer hours a year. They can use the hours toward the 30 hours a year required to apply for National Honor Society. The 17 hours reflects performing at home football games, pap rallies and homecoming.

Students interested in Mr. Gundel’s band should contact him by email at [email protected], or stop by the table at the student activities fair in the fall.