Few parents in Greenwich have witnessed Names Day at Greenwich High School, but it is a powerful day for 9th graders. The program, led by upperclassmen with help from the Anti-Defamation League, encourages students to tell their stories. Every year, bullies, the bullied, and bystanders take the opportunity to confess, complain, apologize and even say thank you.

On Friday at Town Hall, adults had their turn at an exercise that also illustrated the power of allies.

The training, directed by the Anti-Defamation League’s Marji Lipshez-Shapiro and Ellen Boyndon, who said that ideally all walks of life in Greenwich should feel comfortable with each other.

Ms. Lipshitz-Shapiro said the workshop, which ran from 9:30am until 12:30pm, had been organized months ago, and was not a response to the recent incident at Greenwich High School in which the word Hitler was involved in an incident with the football team.

Ms Lipshez-Shapiro said she hoped each person participating would leave transformed and connected with other leaders set to be “agents of change.”

The ADL’s goal is to explore ways to move bystanders to allies. “The more different we are, the more work we have to do – to listen and to understand,” Ms. Boyndon said. 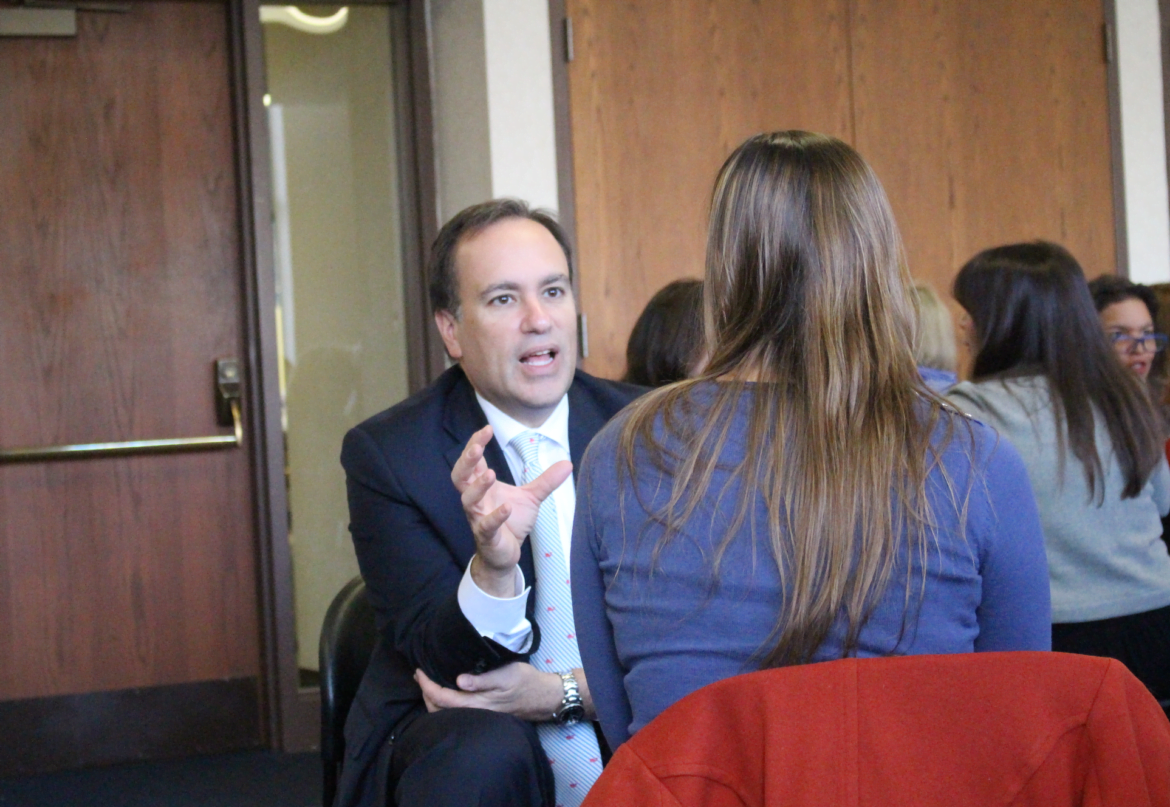 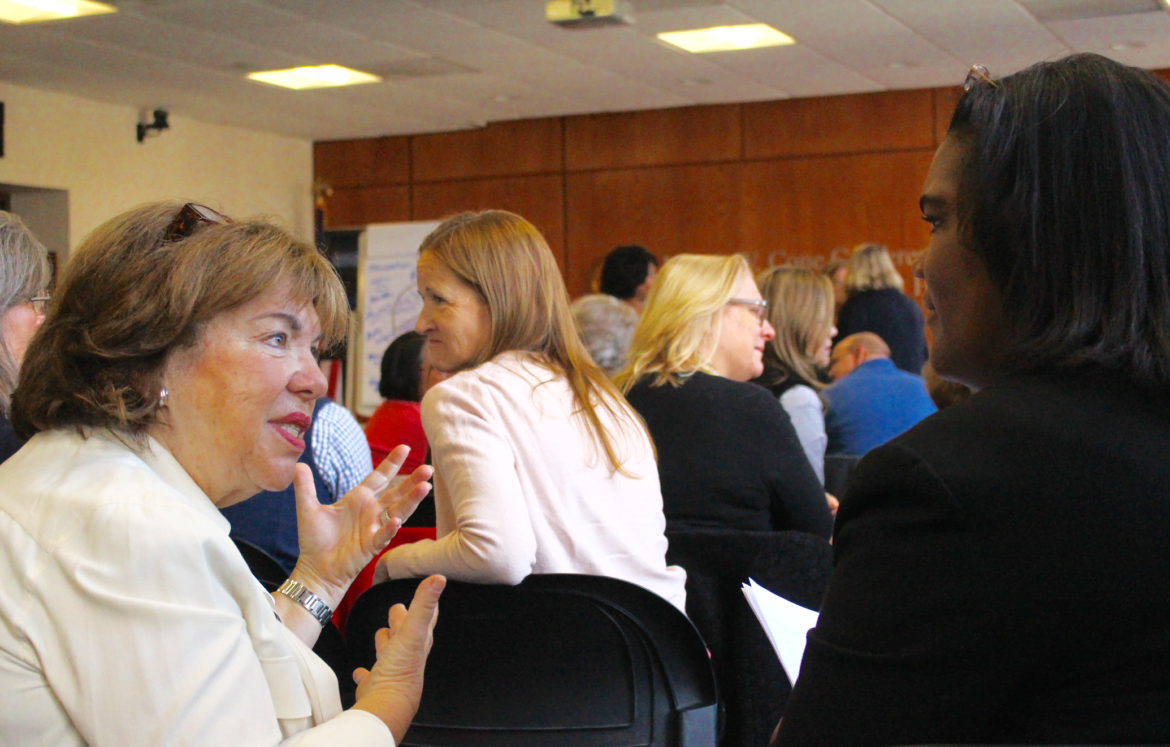 The morning started off with Pamela Toper sharing her observation of the diverse group of children waiting for the school bus in Greenwich, and how the make up of the town has changed over the years. First Selectman Peter Tesei said his goal for the workshop was that it lead to more understanding and awareness of what makes everyone in town unique. He noted that the non-profit agencies in attendance all had missions that support Greenwich’s diversity.

One of the goals of the workshop was for everyone to have an encounter with someone they didn’t already know. And the encounters, which the ADL called “pair shares” allowed two people to discuss a question posed by the ADL:

Pair Shares: Think of all the dimensions of diversity you talked about with your first partner, and then talk about a time you were stereotyped. 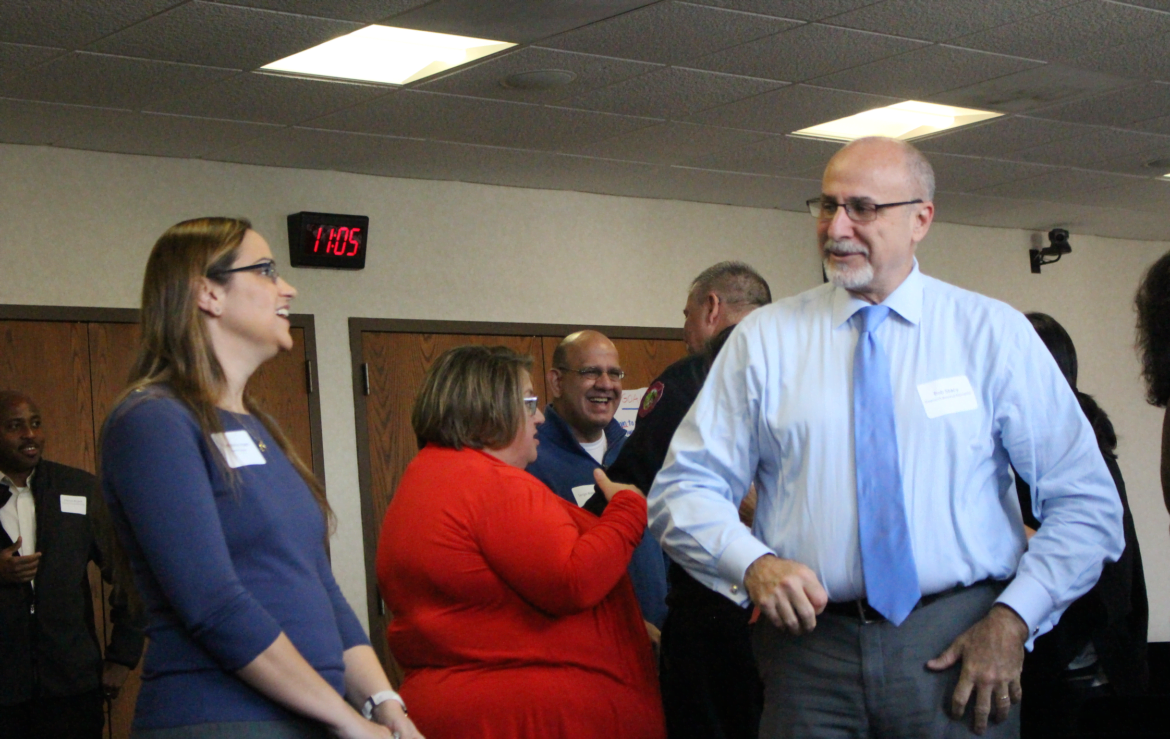 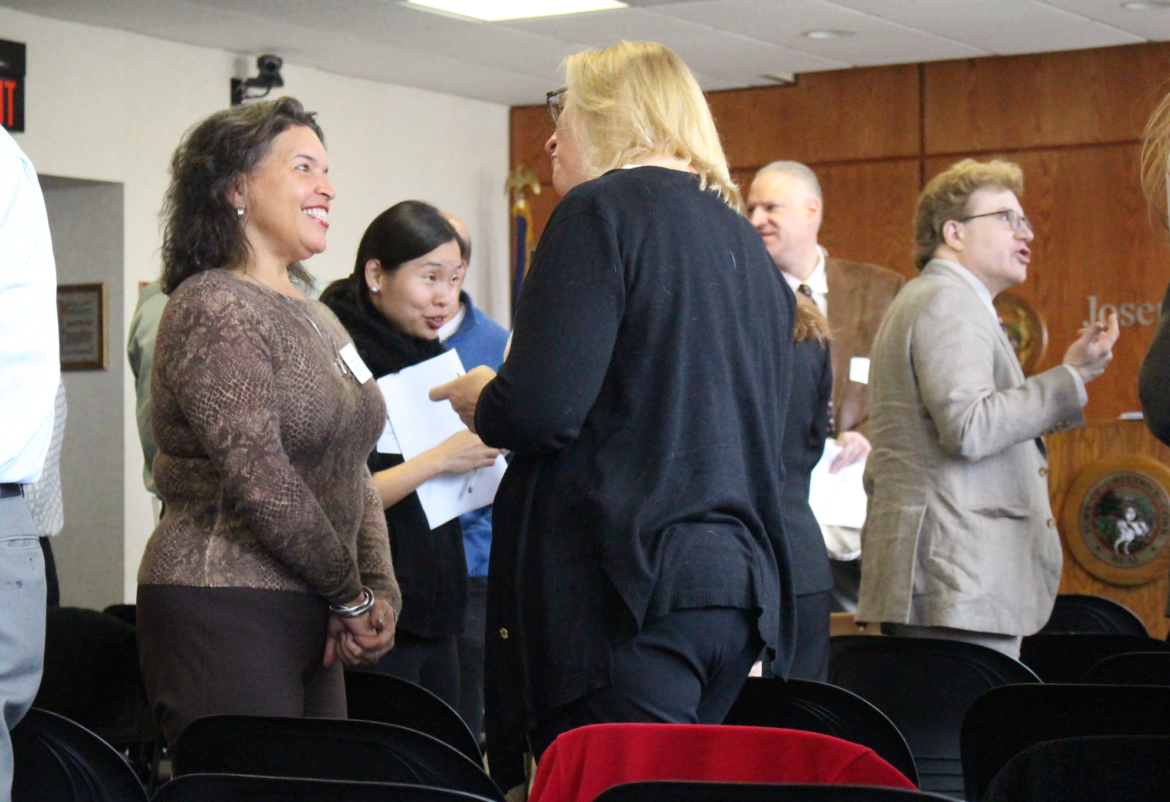 At the outset, the ADL leaders asked participants to watch an 80 second video that featured people including Anne Frank, Martin Luther King and Matthew Shepard – all people who had been murdered. The ADL leaders asked everyone to think about what the world might be like if these people had lived. “Imagine a world without hate,” the video challenged.

The video highlighted the value of being an ally rather than a bystander to hate. Citing another example of the value of allies in society, Ms. Lipshez-Shapiro said that the admission essay at Yale University includes a question asking applicants to describe the “footprint” they’ve left in their community.

To help people adopt a framework the ADL suggested, thinking in terms of “ouch and oops.” She asked attendees how often they may or may not speak up when hurt, insulted, or offended (ouch!) and how often they apologize when the table is turned (oops!).

Ms. Boyndon said everyone has expectations of a person based on their age, race, sexual orientation and gender identity. 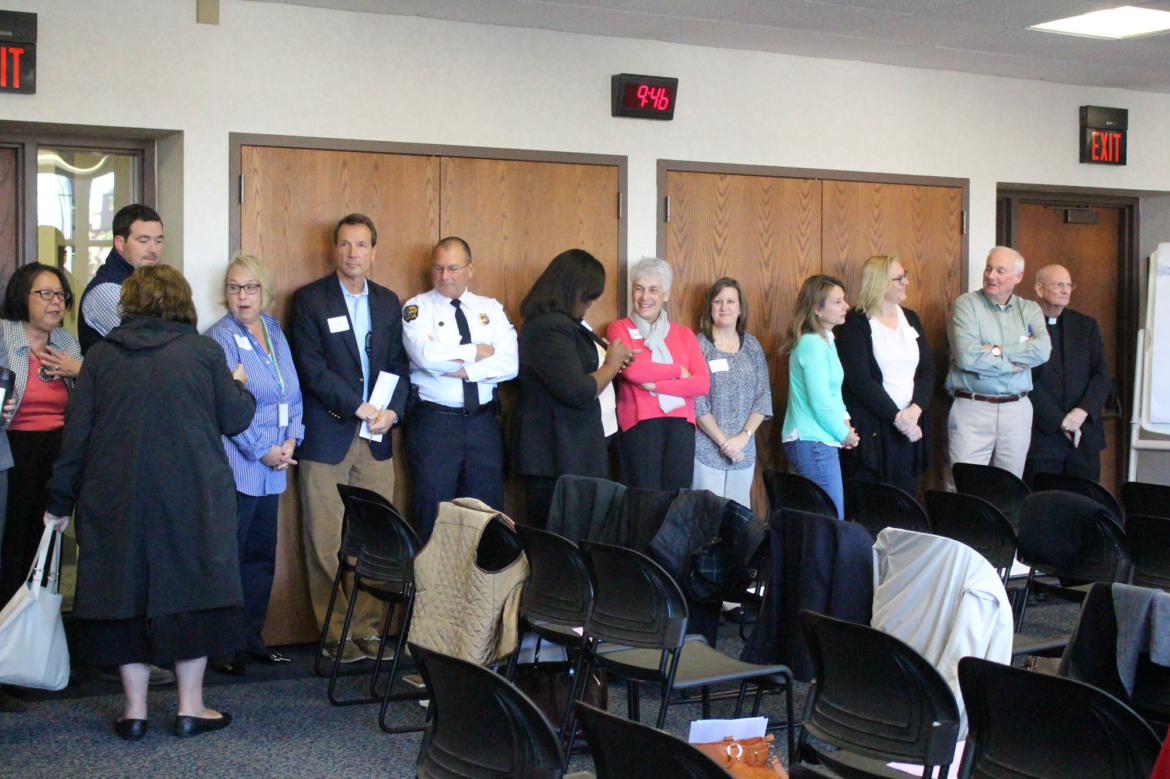 “When you look at someone born in the 1950’s it may mean she’s been called Colored, Negro, African-American and Black,” she said, adding that she had lived through the civil rights movement and the women’s rights movement. “I have marched. Age frames how I see the world.”

Ms. Boyndon asked the group to brainstorm dimensions of diversity that change over time. Answers included religion, hobbies, a given name, where one lives (public housing, owning a house), body language, physical appearance, how one speaks, politics, education, and socio-economic status.

Other examples the attendees listed included marital status, whether someone has an accent, physical appearance including weight.

More than one person said that in Greenwich the term “free and reduced lunch” has a negative stigma, which is discriminatory and unfair.

O is for open mind

P is for Participation

E is to Educate

S is for creating a safe environment.

The concept of a Pyramid of Hate was introduced, with Bias at the bottom, moving to Prejudice and Bigotry, Discrimination, Violence and ultimately to Genocide.

“How do we get to genocide?” the ADL leaders asked. “It is a slippery slope. If we don’t do something at level 1 (bias) that is how you get toward the top of the pyramid, Genocide. Inaction of bystanders enables the pyramid moving up toward the top.”

They suggested that, for example, people in leadership positions who don’t speak up after an inappropriate joke is told allows seeds of hate to grow.

They said that silence, including silence of victims is a problem. “Why do victims stay silent?” they asked. “Because they will be blamed, accused of lying, not knowing if they’ll have support, and they don’t want to be targeted again. It can be very isolating if you are a victim.”

In their pair share groups, the attendees shared stories of specific examples of prejudice and bigotry in Greenwich.

At the end of the workshop, the 66 participants broke into groups to brainstorm ideas for implementing the concepts from the workshop.

An idea many said they liked was to plan a townwide fair, possibly in Roger Sherman Baldwin Park, to promote diversity, that might feature a band or live theater production along the theme of anti-bullying, tolerance and active intervention by bystanders.