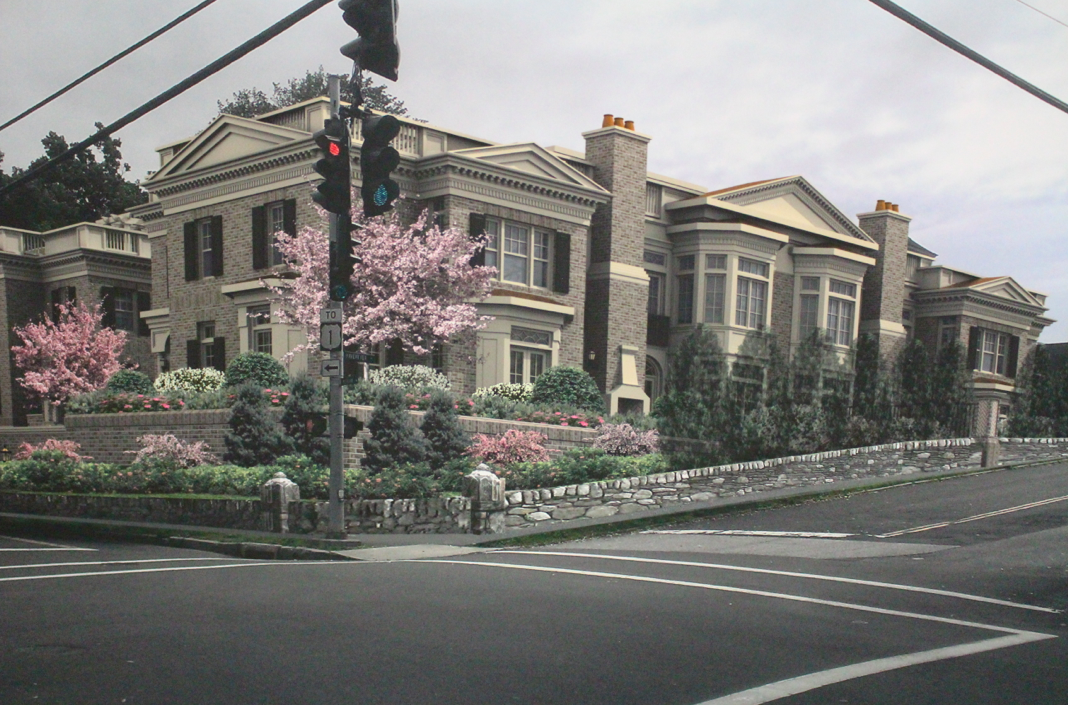 At the Sept 3, 2014 Architectural Review Committee meeting, Rudy Ridberg presented his plans for The Charleston, a development on Milbank Ave that will replace three houses: 259, 261 and 263 Milbank respectively. Ridberg’s development, The Charleston on Milbank, will be comprised of two four-unit buildings.

As the east side of Milbank features a steep rise, the plans are for underground parking built into the hill. Though tenants and owners will have elevators from underground parking spaces — two per unit — the eight “flats” will feature single floor living, each with a private outdoor space large enough to accommodate a fireplace or, possibly, a spa, similar to the development at the site of the former Manero’s restaurant.

Bricks, Copper & Gas Lanterns
On the easterly side of the property there will be on grade parking for guests, and delivery people. The buildings will feature brick facades with bay windows and painted wood trim. Other features include double hung windows, copper gutters, gas lanterns and composite PVC shutters.

Ridberg who also designed 172 Milbank and the development where Manero’s was located, said he hopes plans for The Charleston will proceed to P&Z for final site plan approval in November. 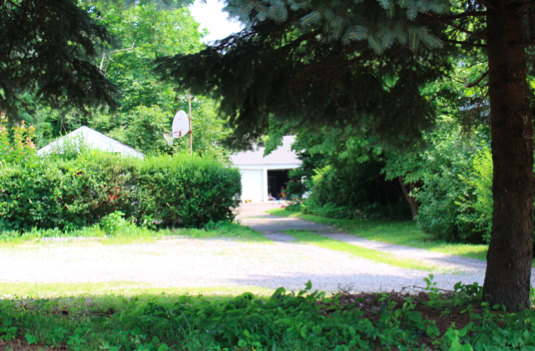 Driveway at 71 Havemeyer Place with right of way behind proposed multi-unit development at 259, 261 and 263 Milbank Ave. Credit: Leslie Yager

The P&Z Commission entertained the idea of the plan in June when the attorney for the project, John Tesei, answered questions about the application. There was conversation about a driveway at 71 Havemeyer Place which has a right of way behind The Charleston project.

Ridberg said the flats will be roughly 2,500 sq ft a piece and each resident will have their own storage room underground, along with two parking spots, recycling, garbage and elevators, all of which will be hidden below grade.

Up on the plaza level, in between the two buildings where visitors come in. The owners have key access off the elevators and each come in from different levels. Ridberg described the floor plan of a ground floor unit, all of which are identical and include three bedrooms including a master suite, an open great room with dining area and fireplace, plus kitchen/breakfast area and door to outside patio with fireplace.

The first floor units will include patios. The upper floor residents will have stair access to a rooftops.