Meet Mike Pietrafeso, who is counting down the months remaining in Jeff DeLuca’s historically accurate renovation of Ada’s at 112 Riverside Ave.

Ada’s surviving family, the Romaniellos decided the best way to honor Ada and their sibling Kelly, who ran the variety shop after Ada died until his own untimely death, was to keep the historic property in the family and find a fitting tenant worthy of the Ada’s name. 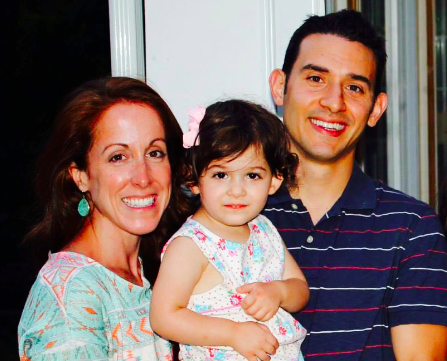 Pietrafeso seems the perfect choice. Not only does he have local roots – Hamilton Ave School, Western Middle and GHS – but he also has great culinary credentials and mentors including the Carpentieris of Garden Catering.

During the long-anticipated rebirth of Ada’s, Pietrafeso is working with Frank, Jr. on the expansion of “model stores” where the menu focus is on nuggets.

In fact, Pietrafeso‘s first job was at the nuggets purveyor in Old Greenwich, when at just 16 he fell in love with the food business, and, would eventually serve as manager of Garden Catering’s Mamaroneck location.

“I worked with Frank all through college,” Pietrafeso said, adding that like Frank, he married his high school sweetheart and recalls how he and Krista participated in SRO, a highlight of their GHS years.

“I knew I loved food and wanted to be a chef,” Pietrafeso said during a recent conversation at Isabel Ballesteros‘ Darlene’s Heavenly Desires, another independent business that changed hands, but not name.

Pietrafeso studied restaurant and food service management in college and later attended the French Culinary Institute in Manhattan (now the International Culinary Center). For a time, Pietrafeso was a private chef for a family whose business is a household name.

Pietrafeso gained experience working at the Pandolfinos’ original eatery, Plum Pure Foods in Cos Cob. He also worked with Bill Taibe at Napa & Company in Stamford and Le Farm in Westport. He recalls early morning drives with Taibe up to Holbrook Farm in Bethel to cut fresh lettuce.

“That was a lot of work,” Pietrafeso said, recalling all the lettuce washing. These days, in addition to Le Farm, Pietrafeso’s mentor, Taibi, runs The Whelk in Westport and recently opened a Japanese-themed restaurant, Kawa Ni.

When he opens Ada’s Kitchen & Coffee in April, Pietrafeso expects his hours to be long indeed. Fortunately for Pietrafeso and his wife Krista Catalano-Pietrafeso, who have a two-year-old and a baby due around the time of the restaurant opening, scores of family live nearby and grandparents are practically next door.

Though he is still tweaking his menus, which will be seasonal depending on availability of fresh local ingredients, Pietrafeso anticipates that breakfast will feature homemade pastries displayed on rustic wood cutting boards.

There will be smoothies, healthy toasts & spreads, homemade granola and breakfast sandwiches, followed by a host of freshly-made sandwiches and salads for convenient take-out at lunch time.  Soups will be available in the chillier months, and the chef-driven menu will feature daily specials, all created keeping in mind the goal of supporting local farms and communities.

A key feature of the eatery’s offerings will be a full espresso bar with drip coffee sourced from a local roastery.

Pietrafeso’s signature dessert will be homemade ice cream sandwiches! And, it should go unsaid, a corner will feature old-fashion penny candy like MaryJanes and licorice to keep Ada’s memory and tradition alive. 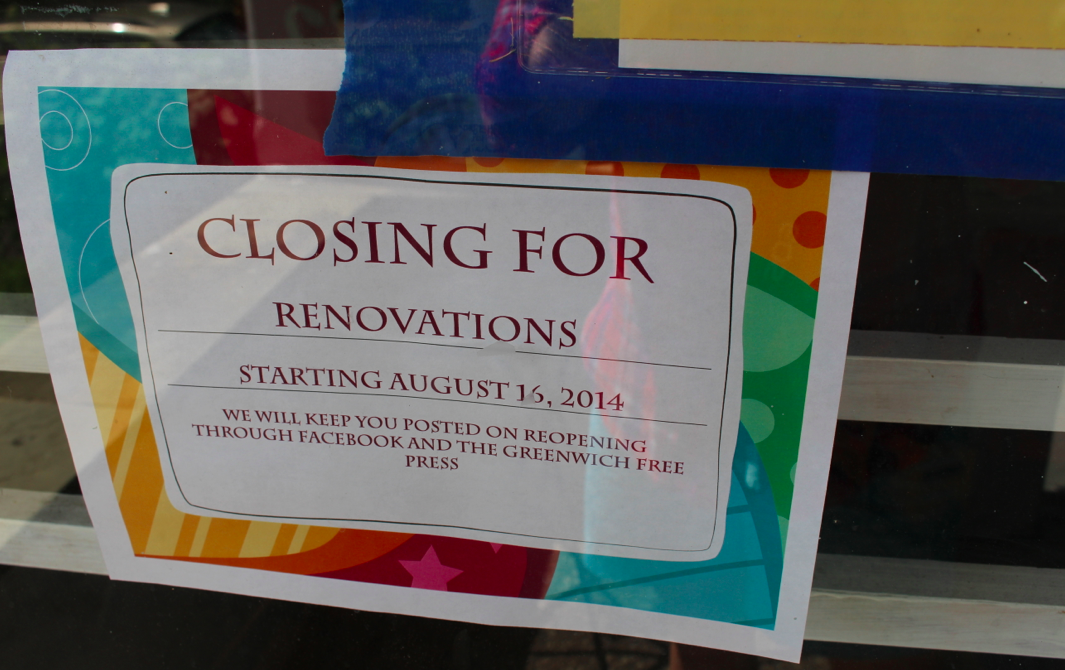 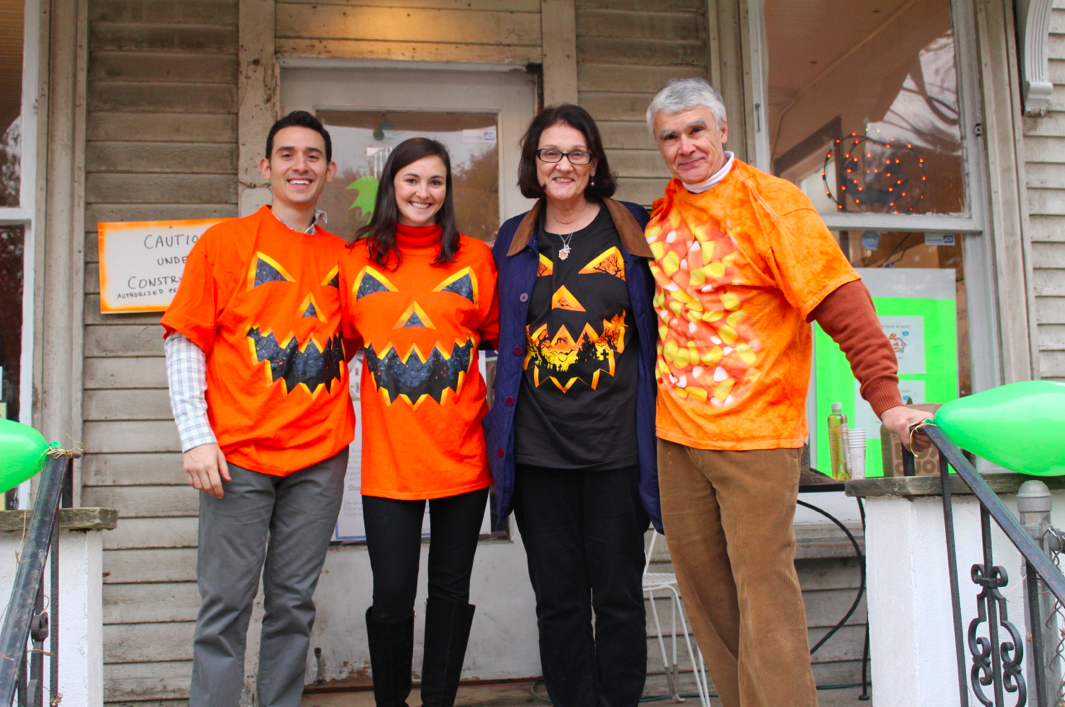 Construction didn’t stop the Romaniellos, along with Pietrafeso (first on left) from giving out candy at Ada’s on Halloween. The Romaniello siblings — twins Ron and Don, Sandy, Rosemary and, the youngest of the five, Kelly — practically grew up in their Aunt Ada’s Variety Shop at 112 Riverside Ave, where for decades, candy and newspapers were staples for commuters and neighbors. There was always one special night of the year when Ada’s penny candy was free to all comers: Halloween.