Opening day for students is Feb 20, and students will start the day with a celebratory assembly with school staff and families before heading to their new classrooms.

Among those celebrating will be New Lebanon School principal Barbara Riccio, who recently announced she will be retiring at the end of the school year.

Because New Lebanon has been cited for racial imbalance which is calculated according to a state formula, the new school features magnet seats as part of a District plan to balance the school racially.  It also includes preschool classrooms.

The new school also addresses both severe overcrowding. Enrollment has crept up over the years from when 20 years ago when there were just 180 students. Today enrollment is 265.

The new building is designed to accommodate all the students in the school’s attendance area. A number of students districted for New Lebanon are attending other magnet schools including Julian Curtiss School, as well as Glenville School and Parkway School.

Despite the urgent need for a solution, the new school was years in the making. The existing school was  constructed in the 1950s, and features a small gymnasium and a miniature cafeteria that results in lunch running from 10:0am until 1:00pm. Also, the common rooms are vastly undersized, which has impacted programming in the building. 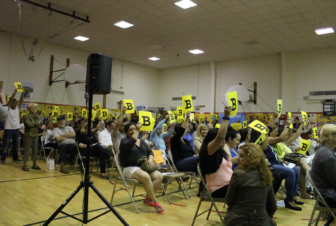 With a backdrop of a state in fiscal crisis, and new school’s price tag in the tens of millions of dollars, whether the state would reimburse roughly 80% of the school’s construction costs was unsure for a time.

Also, there were contentious battles about where to locate the new school. For a time the William Street field which neighbors took to calling the town green, was considered as a location.

There was also consideration of locating the school on its existing footprint, which would have meant housing students in modulars or dispersing them to other schools in town with excess capacity including Parkway School and North Street School. 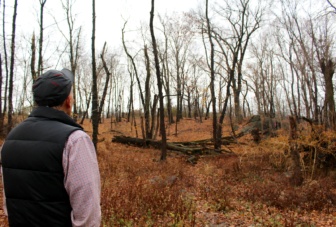 Glenn Petersen looked up toward I95 from the bottom of the ravine where about 172 trees were due to be removed. Dec. 7, 2016 Credit: Leslie Yager

Ultimately the school was constructed in the wooded ravine behind the existing school, though that was also controversial as it placed the building much closer to I95 and required the removal of many mature trees that combat pollution from the highway and offered the last large stand of trees in the area.

Ultimately the ravine was selected and the trees removed will be replaced, though not necessarily on the New Lebanon campus. 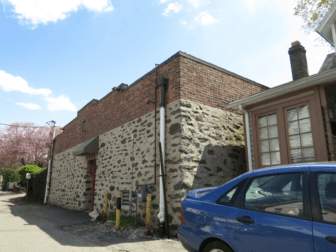 Once the new school got the green light, there was a groundbreaking on Dec 9, 2017 and construction moved along quickly. The project has been on time and on budget. 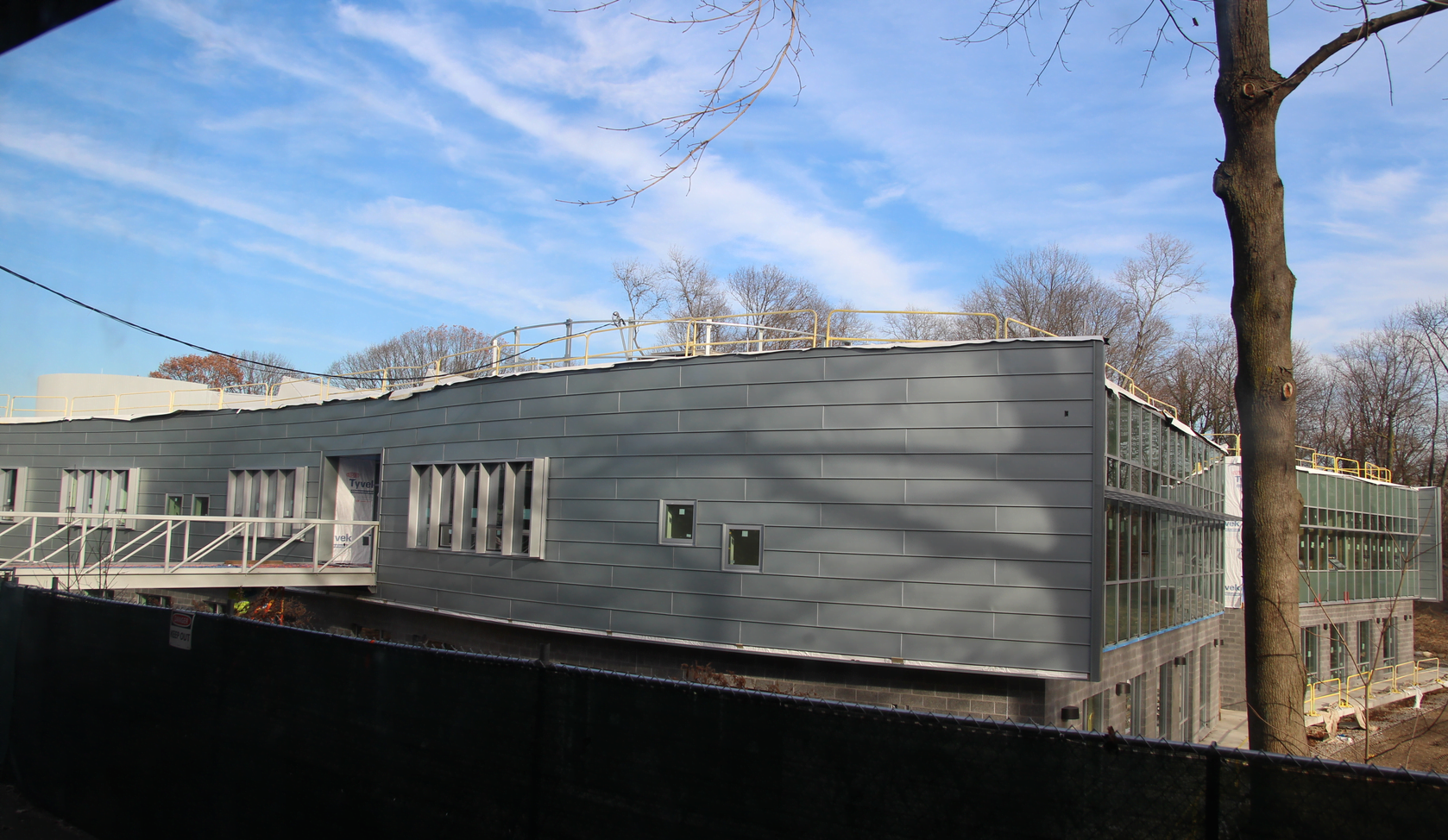