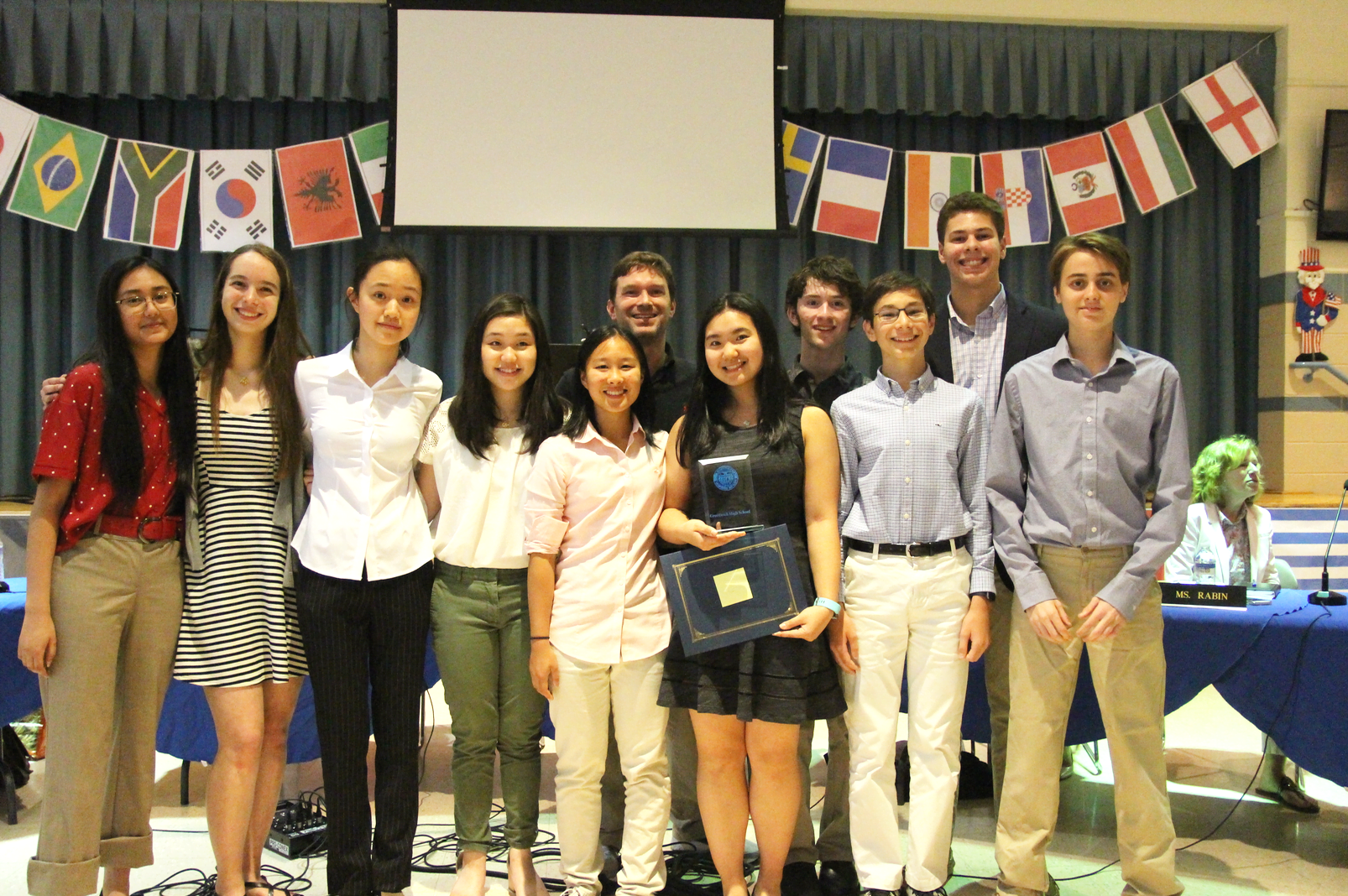 GHS social studies teacher Ian Tiedemann explained the origin of the Economics Club, which he said was founded by a group of sophomores who wanted to have their own club and participate in competitions.

“At first I said no thank you. I had a child on the way and had taken over leading the Model UN group which is a lot of work,” recalled Tiedemann who is one of Greenwich Schools Distinguished Teachers. “But they persisted until I said okay, let’s see how it goes.”

He recalled how every Thursday they came after school, they learned the economics and took part in their first competition and they came in first in Connecticut.

Tiedemann said that since then, the group has been expanded to students in 9th through 12th grade, and have evolved into a full program with 9th and 10th graders participating in the Euro Challenge, and 11th and 12th graders competing in the Federal Reserve Challenge.

Tiedemann explained that at the heart of both of those competitions is monetary and fiscal policy and the challenge of implementing them, whether in a Euro area of 19 different countries that use the same currency, or in the United States where 12 different federal reserve regions have very different backgrounds and needs.

“Students take on roles. They have to cooperate. They have to suggest policies,” he said, describing the team work that is necessary for success. “Sometimes they have to debate, and they all have to do it within a certain time frame that makes it really challenging.”

“Ultimately I’ve gotten to see them grow and they would deserve recognition whether they did well or not,” he said. “But by the way, they did really well.”

Tiedeman chronicled the growth of the two groups, saying that in the first years both groups came up short. In early years neither group was invited back to compete in a second round.

Also, this year at the Federal Reserve Challenge group made it to the semi-finals and placed third.

“They went from being also-rans, some of them having no knowledge of economics, to being the elite in competitions every bit as worthy of winning as any of the other teams,” Tiedemann said.