At Tuesday’s Community Service Awards Ceremony, Old Greenwich School Principal Patricia Raneri opened by event by acknowledging the 20′ banner across the stage quoting Mohandas Gandhi: “The best way to find yourself is to lose yourself in the service of others.”

The history of the awards dates back to 1986 when 13-year Superintendent of Greenwich Public Schools Ernie Fleishman was at the helm.

Superintendent McKersie credited Fleishman for elevating community service in our schools. “Ernie you have a legacy of us being a district known for caring,” McKersie said. “Community service is the embodiment of caring.” 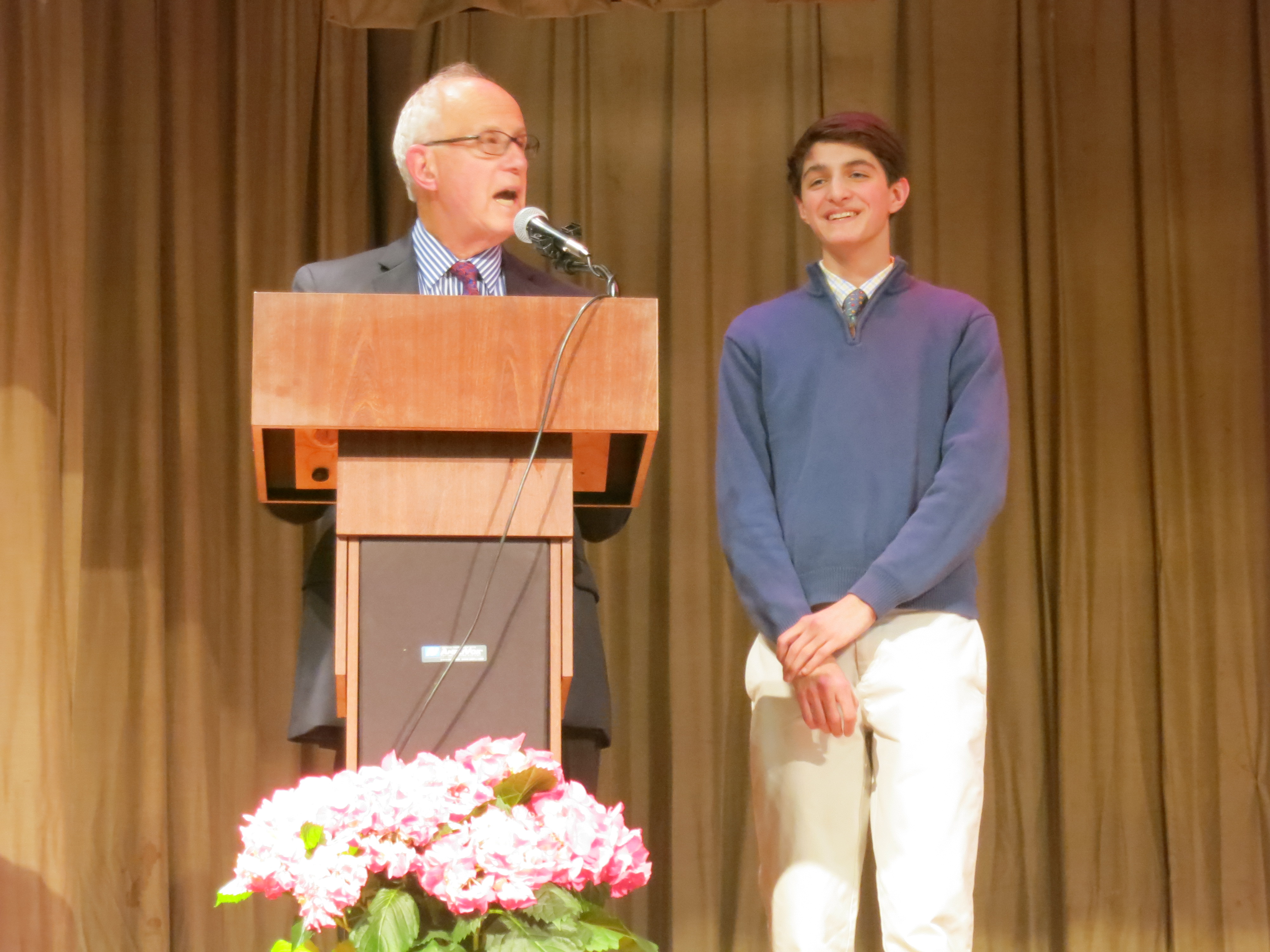 McKersie said this year’s Fleishman Award winner, John Clarke, will attend Duke University next year and mentioned that Clarke had put community service into perspective the previous day at a luncheon. “It’s not what we do. It’s who we are,” Clarke had told McKersie. 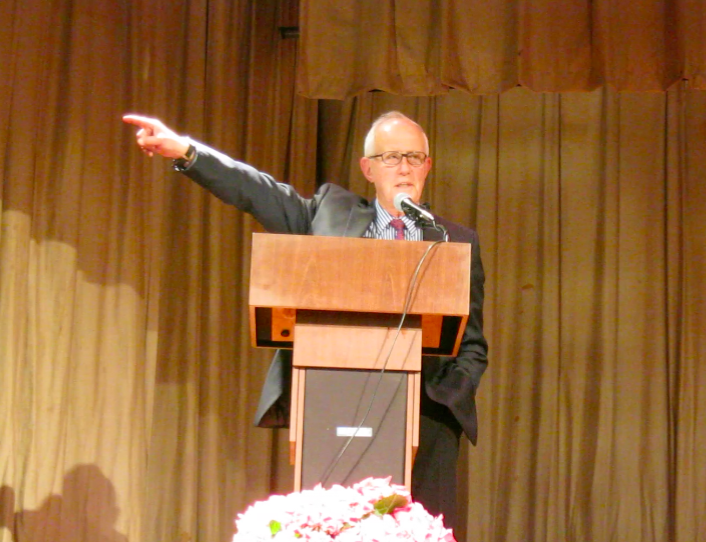 Ernie Fleishman who served as Greenwich Public Schools Superintendent for 13 years. The Fleishman Community Service Award given to one GHS senior annually bears his name.

For the past four years, Clarke served on the Abilis Youth Board of Directors, collaborating with area high schools to implement programs for students with disabilities. He is also a six year volunteer of the Challenger Baseball team and head coach of the Special Olympics Unified Sports program at HGS. Also, as President of the GHS Hand-in-Hand Club he leads student volunteers and coordinates fund raising and school service projects with students with and without disabilities. Clarke is co-Founder of the Come Together Cub at GHS and a prominent leader in the GHS Names Day Steering Committee. 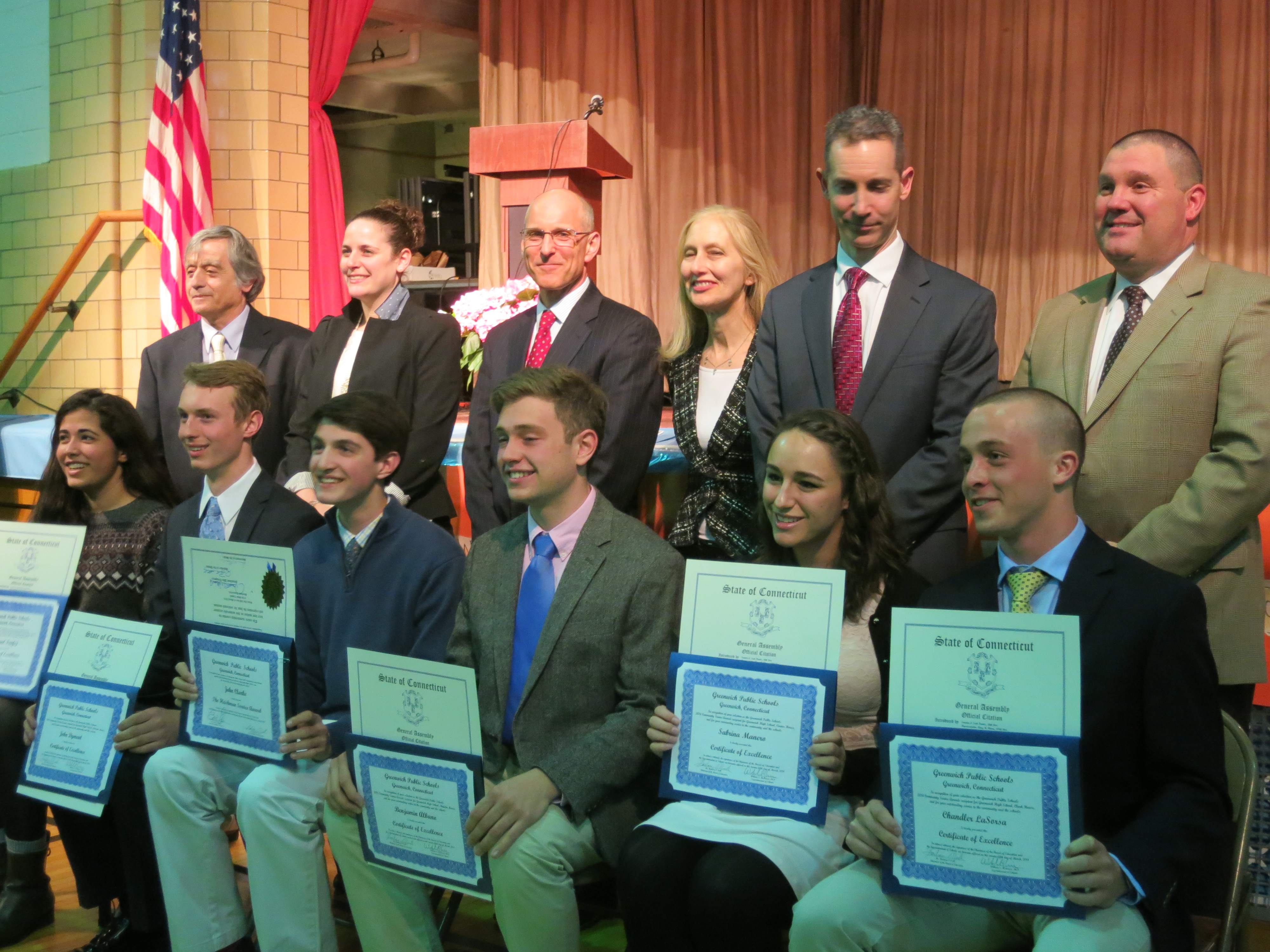 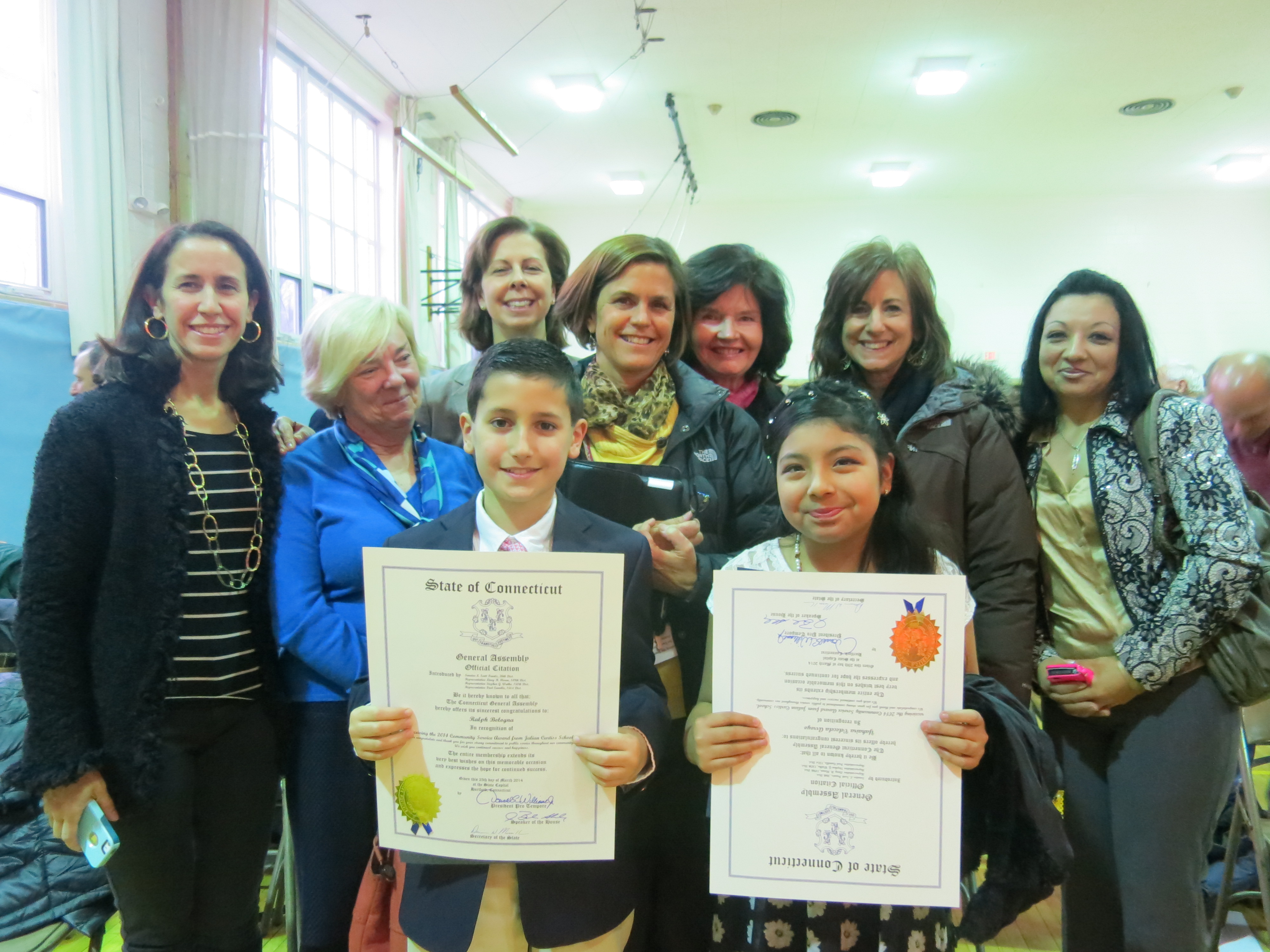 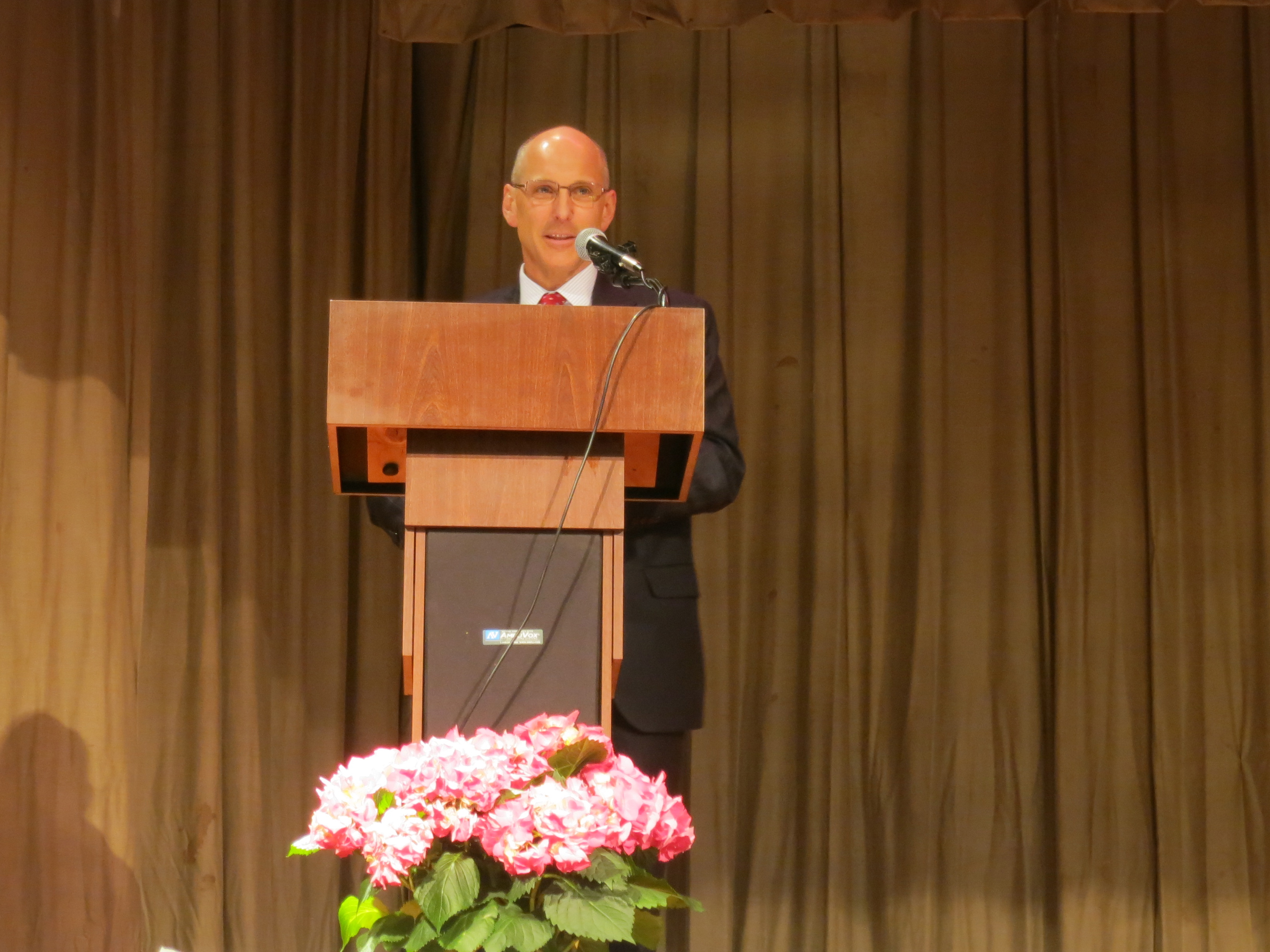 GHS Headmaster Dr. Chris Winters described community service and caring as key elements of the Vision of the Graduate. 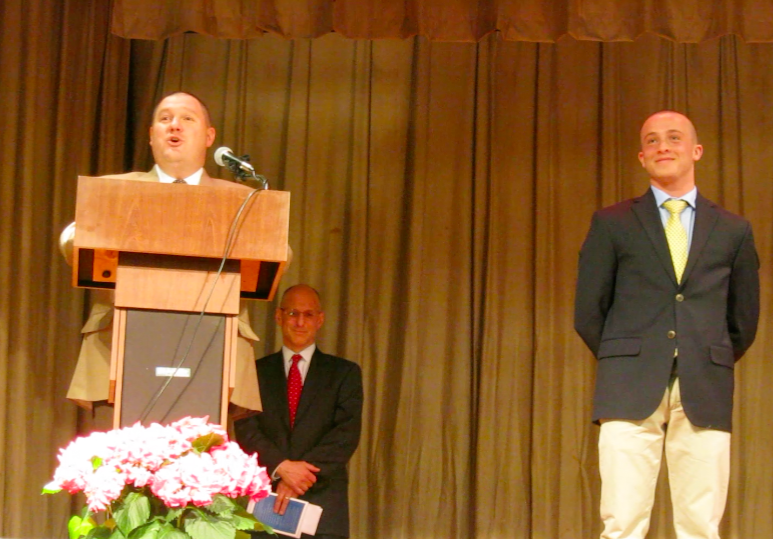 David Walko of Clark House at GHS introduces Chandler LaSorsa who was one of five GHS seniors to receive a community service honor on Tuesday night. LaSorsa is president of the GHS Cancer Awareness Club, and student chair for the Greenwich Relay for Life. He led the St. Baldrick’s fundraising event at GHS. He is a Names Can Really Hurt Us team facilitator, a Stand by Me Tutor, Peer Mentor, member of the National Honor Society. He is captain of both the indoor and outdoor track teams, member of the all FCIAC second team. His coach said, “He is respectful, considerate, intelligent, and loved by both faculty and peers. He is a team player and natural leader.” 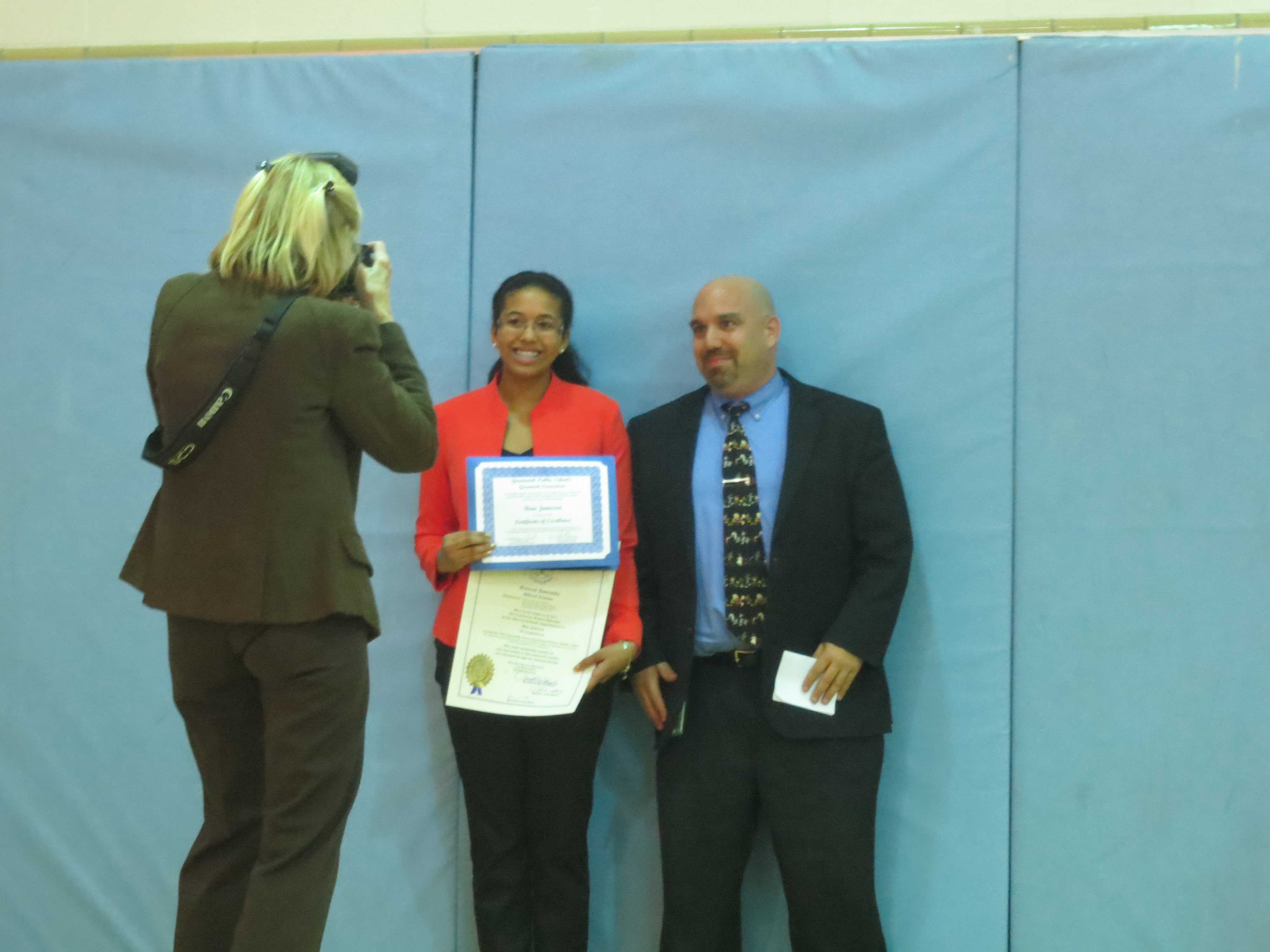 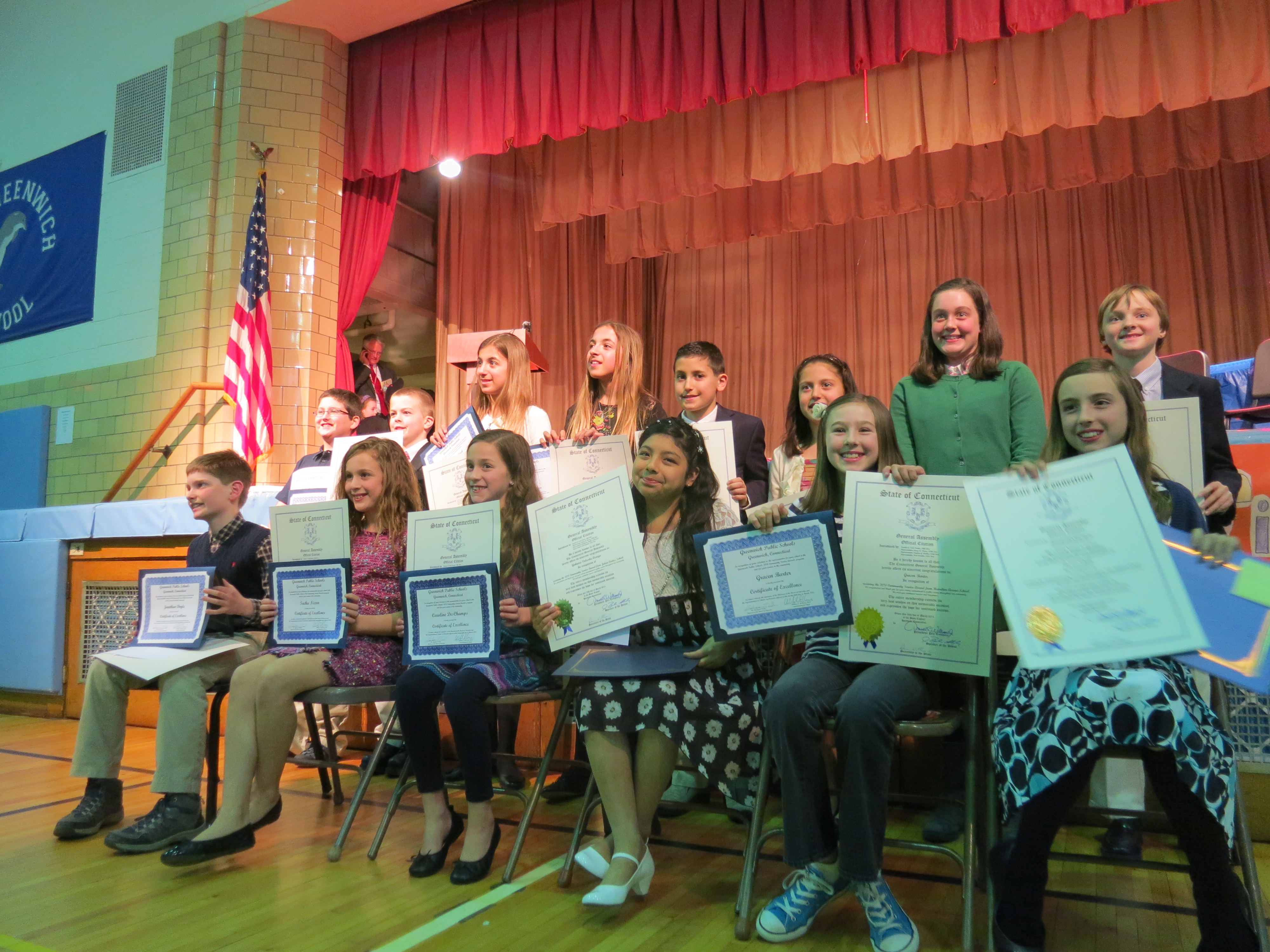 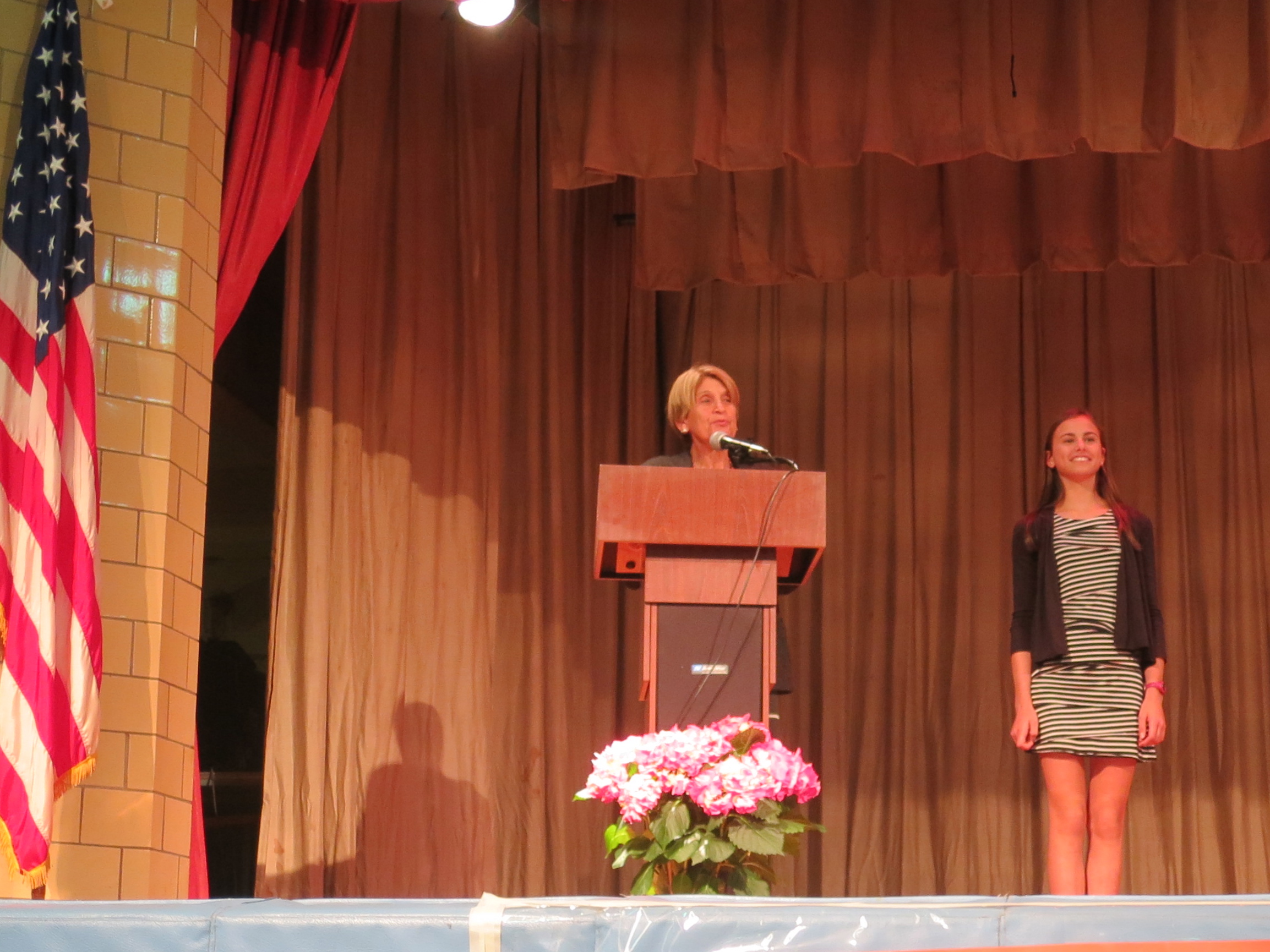