On Friday, the Cardinal Fit Club, in collaboration with the YMCA, organized a ‘Back to School Boot Camp’ event during lunch block in the Greenwich High School Student Center.

According to Reese Ochoa, a senior in the Cardinal Fit Club, the club is dedicated to help kids stay in shape with through events like the one on Friday and from occasional guest speakers with topics including nutrition for athletes. 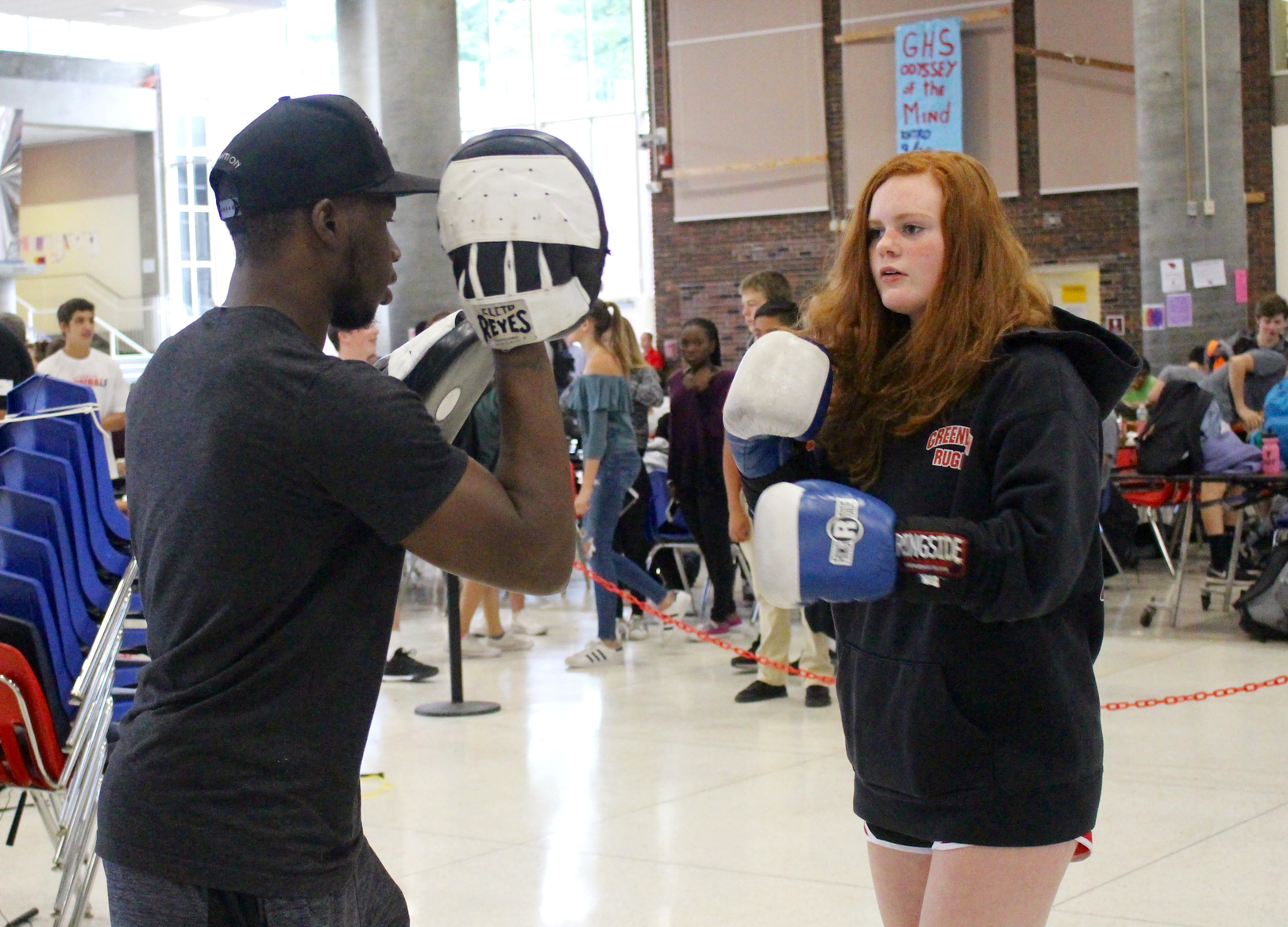 Last year the club partnered with Green & Tonic. During lunch shifts, students sampled smoothies, including “The Warrior,” made from made from coconut water, kale, spinach and banana.

“The collaboration with the YMCA has been fantastic,” said health teacher Kathy Steiner, adding that last year they partnered for an arm wrestling competition.

On Friday the boxing was clearly a big hit with the students.

“It was really fun and it helped to calm my stress and get some of my energy out,” said 9th grader Delaney Roth.

Students who enjoyed their taste of boxing, received passes for a free boxing class at the YMCA. 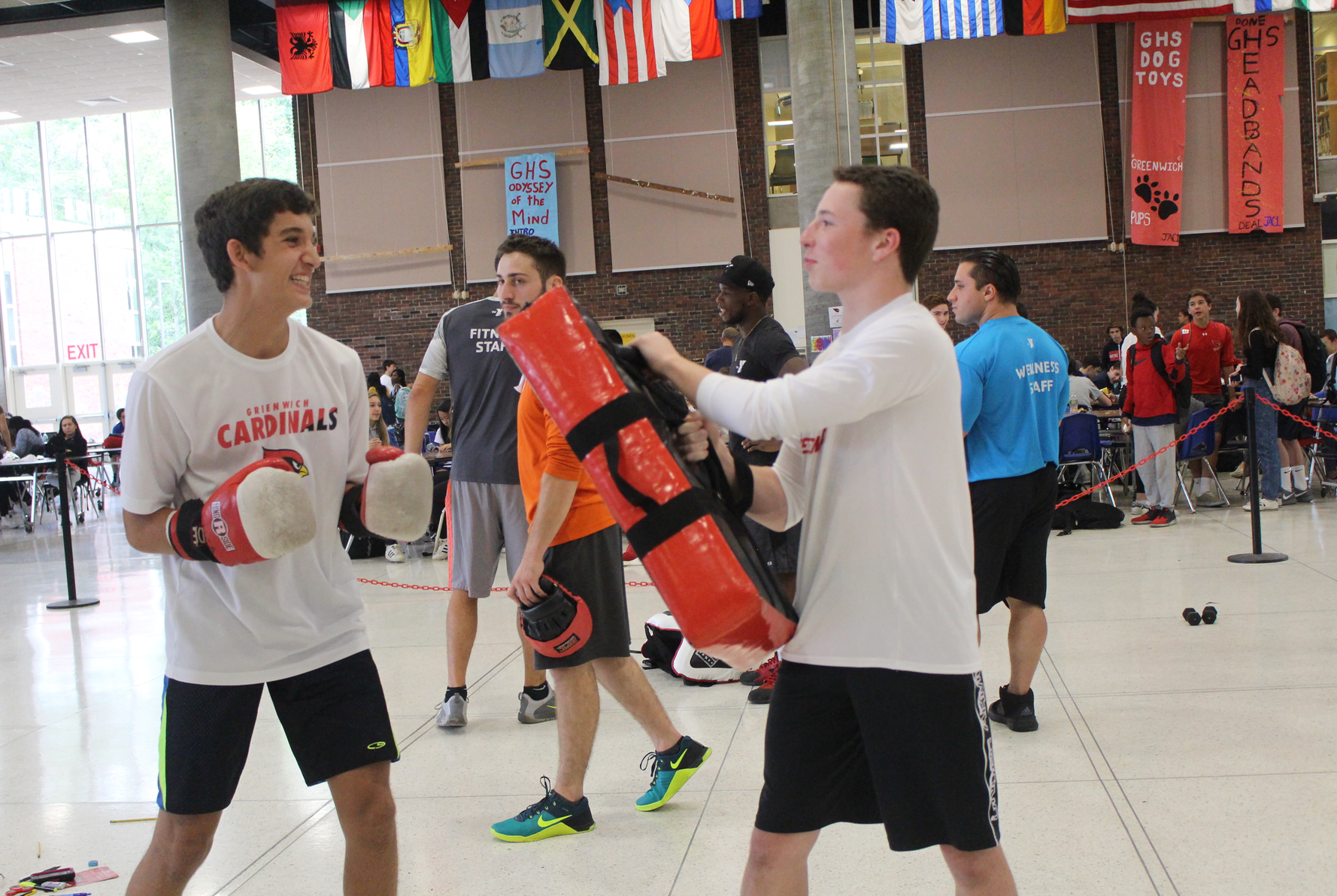 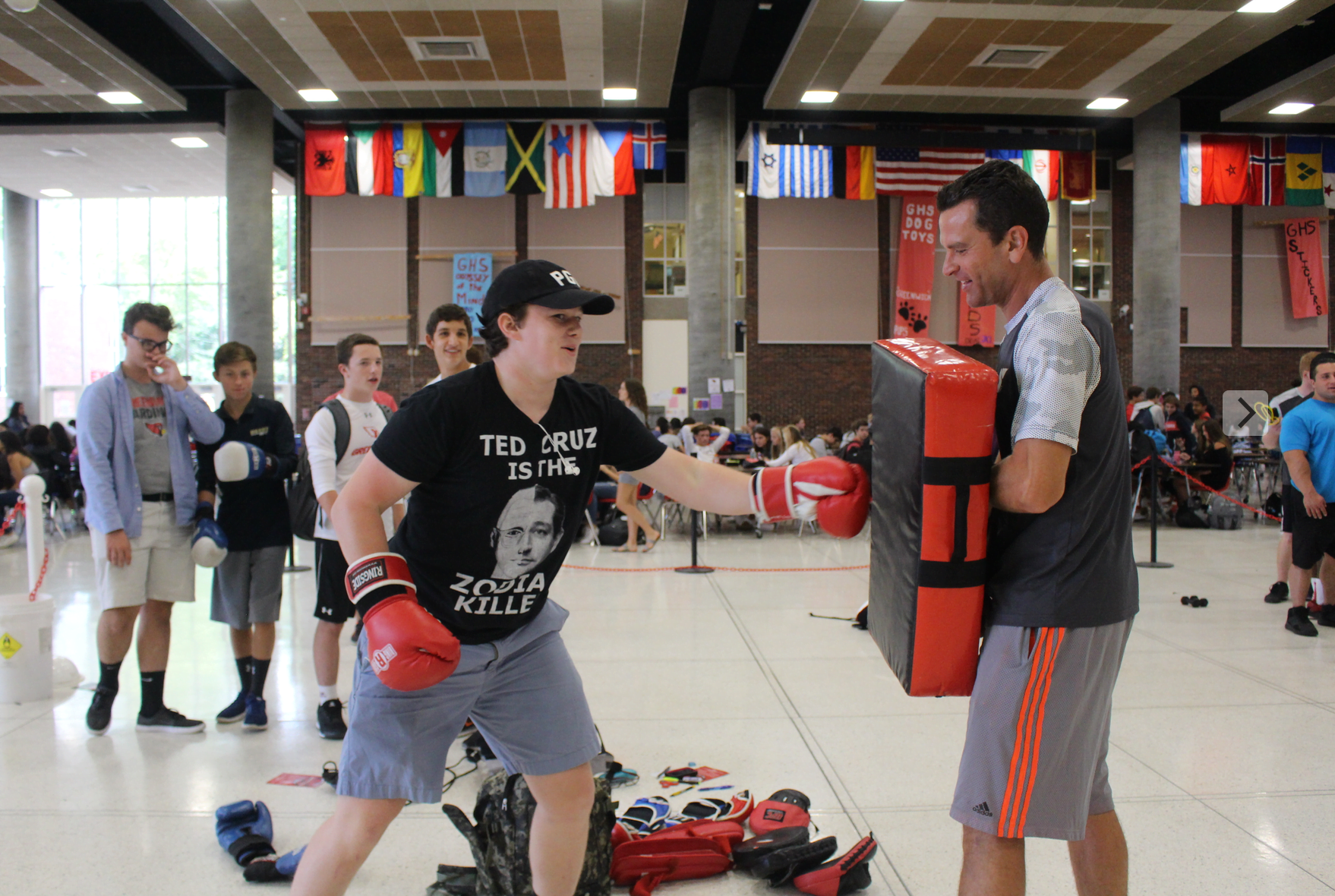 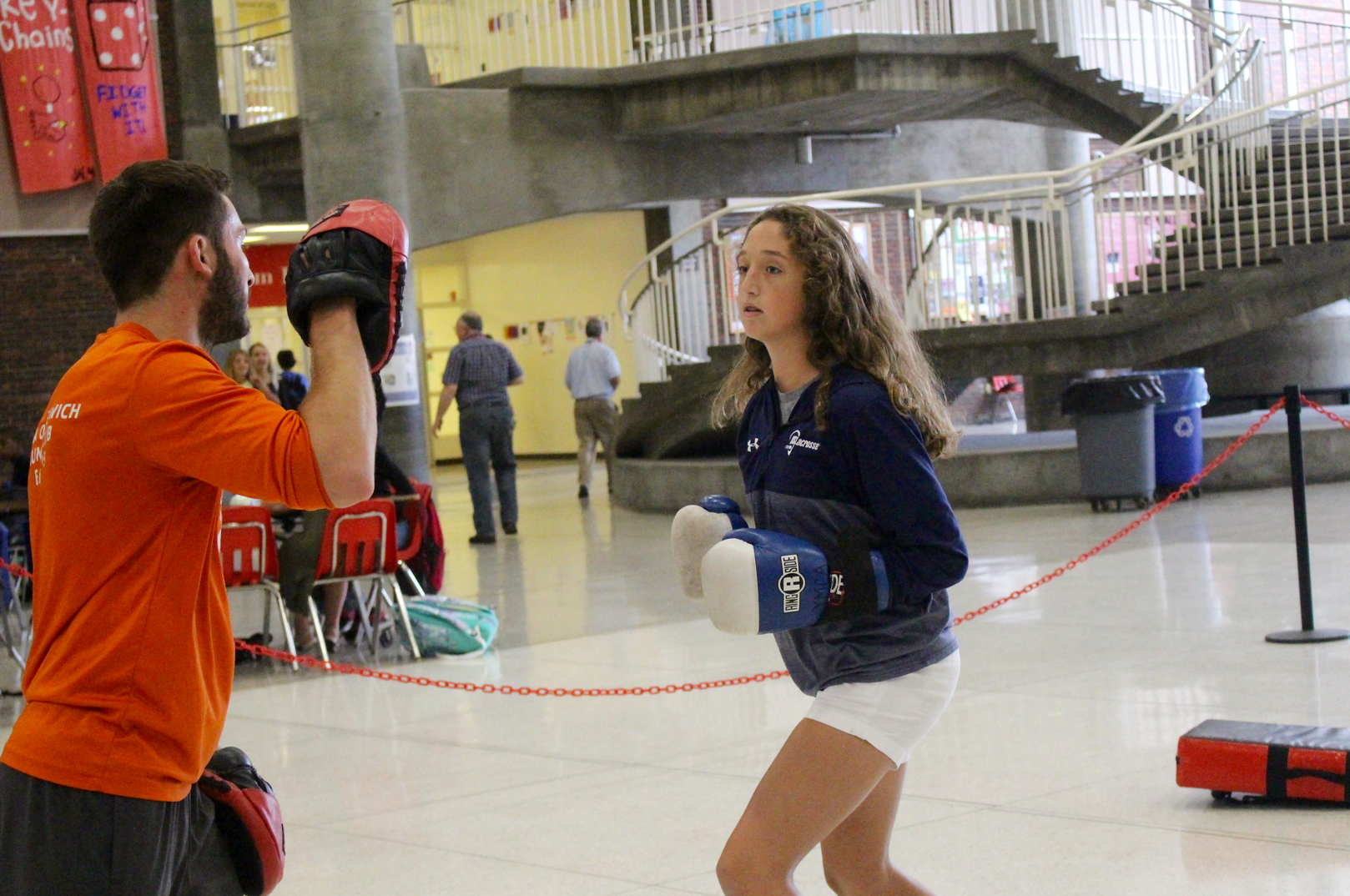 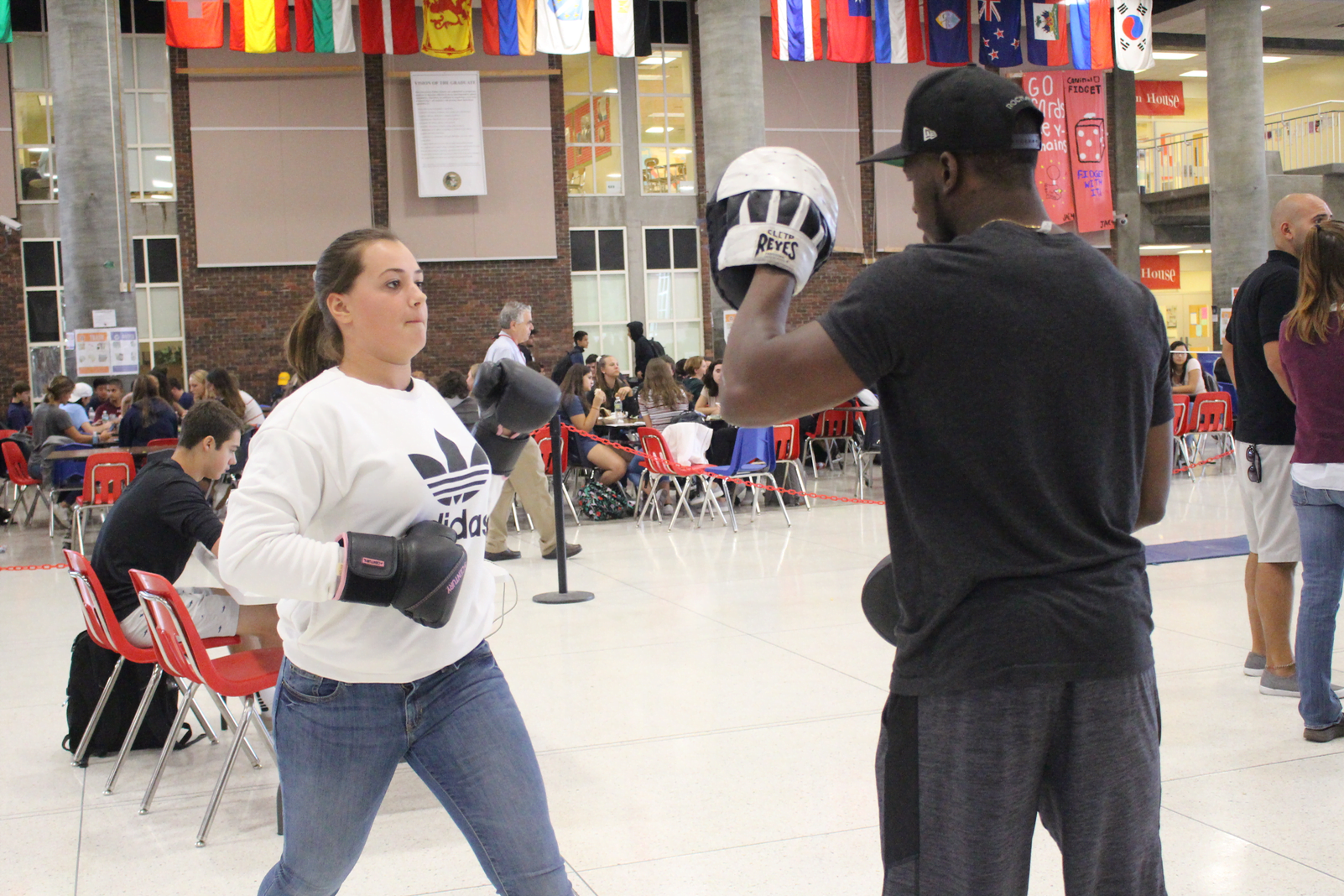 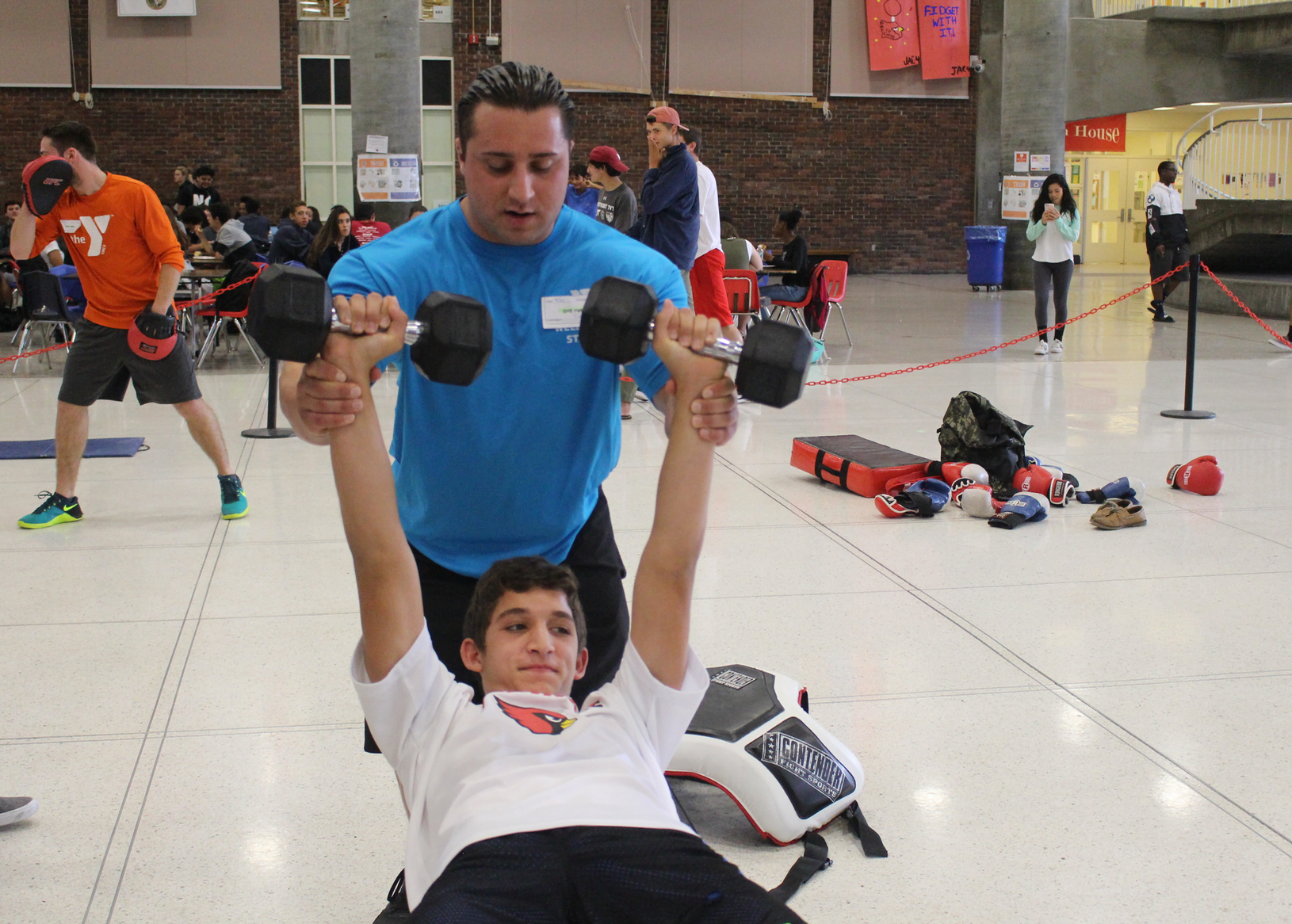 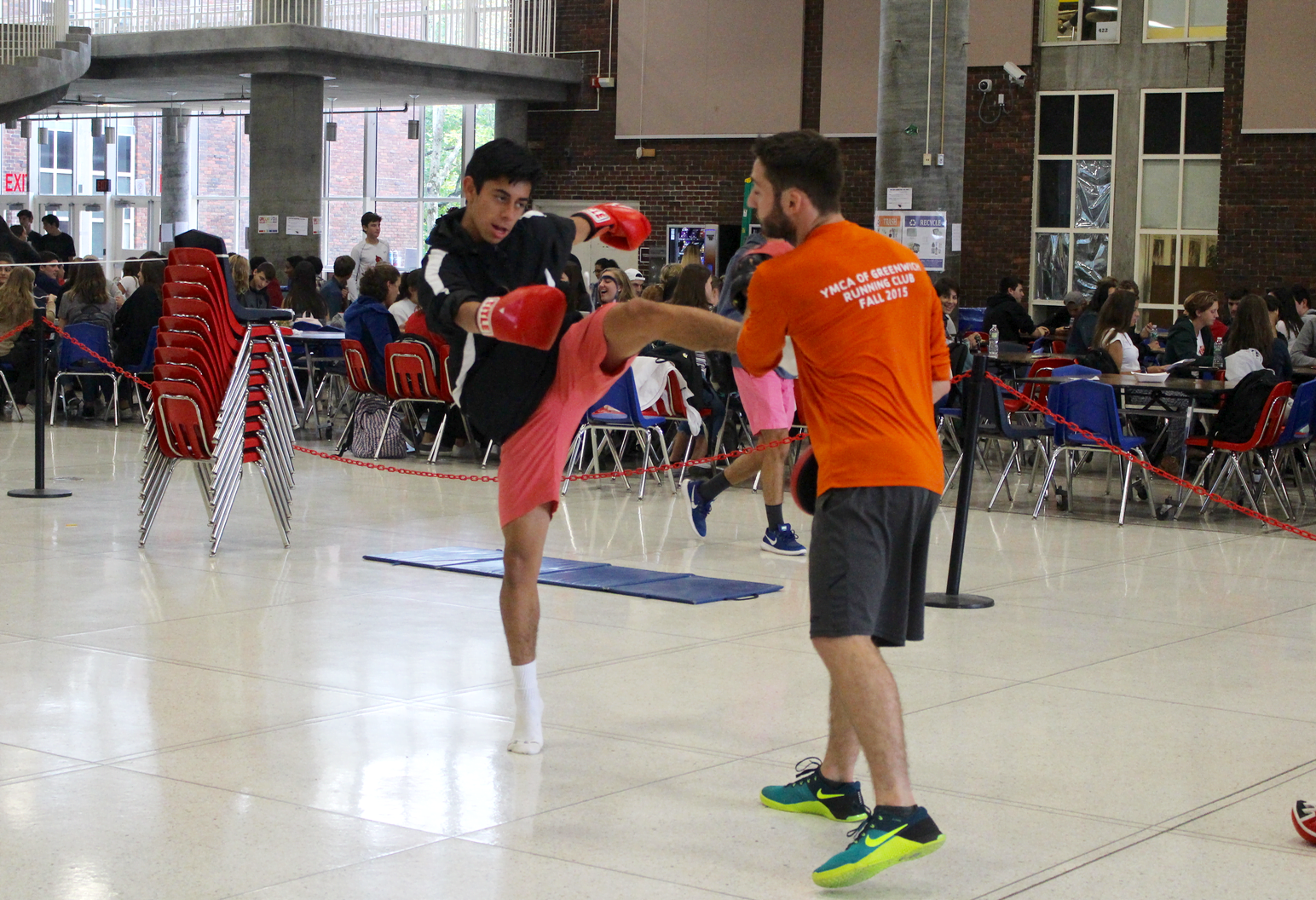 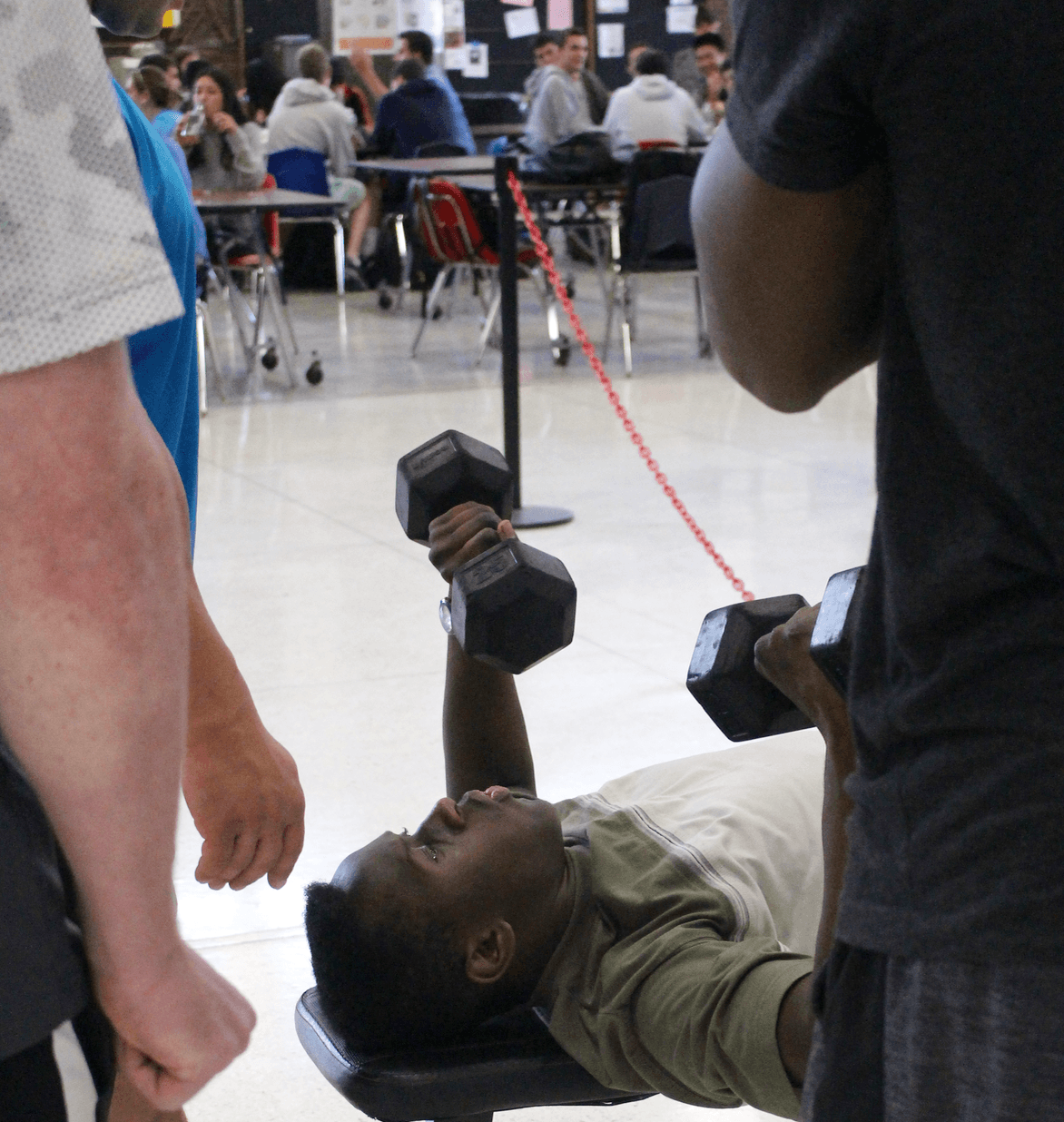 Class of ’18 Masai McGhee had a workout at lunch time courtesy of the Cardinal Fit Club and the Greenwich YMCA. Sept 29, 2017 Photo: Leslie Yager