The headline and story are updated to reflect a request of the Board of Education to clarify that the arbitrator, M. Jackson Webber, in his 120 page recommendation to the Board of Education, lists “proposed findings of fact” that he accepted. In this article each of these is referred to as a “point” for short.

Numbers 1-179 were accepted “proposed findings of fact”  by the hearing officer as presented by Attorney Mooney on behalf of Dr. McKersie and the administration.

At the foot of this article, are links to GFP coverage of all 9 days of the public hearings.

M. Jackson Webber, the arbitrator in the hearings for John Yoon has filed his report to the Board of Education, though his deadline wasn’t for another week.

The 120 page report is dated Nov. 25, and ultimately the recommendation on the last page is to terminate the tenured 23-year band director at Greenwich High School.

In the case of Superintendent of Greenwich Public Schools vs John Yoon, arbitrator Webber lists “accepted” and “not accepted” proposed findings of fact made during the 9 days of full-day hearings held at Havemeyer and Glenville school over the summer and fall,

Some of the points Mr. Young made  with regard to Dr. McKersie were his alleged prohibition against doing anything that would make a student cry, and that if a student cries, it’s not necessary to investigate (point 86). Also, Mr Webber accepted Mr. Young’s point that Dr. Winters didn’t move to protect Ben Walker or Mr. Yoon from Patrick Taylor’s alleged abuse (point 99), that McKersie relied on complaints put in Yoon’s personnel file improperly (points 118, 121), that McKersie and Winters ignored dysfunction in the department.

Also Mr. accepted Mr. Young’s proposed finding of fact that Student A was over extended with activities because he refused to make choices among activities (point 153) and that student A detracted from the experience of others (point 164).

Mr. Webber accepted the proposed finding of facts that Student B had a problem with other teachers and a “very difficult mom” (248) and that no one observed student B cry, and no one observed  Mr. Yoon behave in a rude or unprofessional manner (252).

Accepted, Proposed Finding of Fact 306: Lichtenfeld’s email to Dr. Winters, dated April 27, 2015, shows that Lichtenfeld was gathering evidence to support “our case” against Yoon, before he or Winters possibly could have fairly evaluated the situation, since they had not yet even told Yoon about the complaints.  This email and the administration’s general failure to gather relevant information before termination of Yoon strongly suggests that the administration was determined to terminate Yoon, regardless of the evidence.

In point 308, Mr. Webber accepted  Young’s proposed finding of fact that McKersie improperly relied upon feedback from a dsyfuctional music department at GHS.

In point 311, Webber accepted Young’s proposed finding of fact that Dr. McKersie believed that the widespread dissemination of disparaging information about Mr. Yoon was positive…and avoided providing Mr. Yoon with favorable publicity regarding his accomplishments.

In points 315-326, Mr. Webber accepted Young’s point that there were many mistakes in the Statement of Reasons (for terminating Mr. Yoon), and that McKersie was immoral for repeating and publicizing some of the accusations, which was deliberately misleading, and that the superintendent’s repetition of inflammatory and inaccurate statements including repeating Mr. Taylor’s accusation that Mr. Yoon was at risk for future physical abuse was “inexcusable.”

In point 326, Webber accepts Young’s statement that, “Given the fact that Dr. McKersie’s own human resources administrator had vigorously rejected these concerns as unfounded, it was inexcusable for him to repeat them in bold and underlined.”

In point 342, Mr. Webber accepted Mr. Young’s point that school administrators ignored their obligations to Mr. Yoon under their Code of Professional Responsibility.

In the final six pages of the lengthy document, Mr. Webber refers to the Last Chance Agreement, which was a final opportunity to correct behavior and continue to be part of the music program at GHS. Webber noted that Mr. Yoon took responsibility for his actions when he signed the agreement in May 2014, with the benefit of consultation with GEA president Carol Sutton and CEA rep Brian Bailo.

As for Mr. Yoon’s objection to complaints in his personnel file not being disclosed to him and in violation of his union contract rights, and that he did not understand or appreciate how disputed, unfair and unsupported many of the complaints were, Mr. Webber writes, that that “is just not credible or applicable.”

Webber said the argument that he didn’t know or understand what was in the personnel file is simply untenable. “To say that the union didn’t discuss what was in his file with him is belied and countermanded by the statement in his Memo of Law that based on the union’s review of documents that should never have been in the personnel file, the union recommended that Yoon sign the last chance agreement,” the hearing officer stated in his recommendation, adding that to state he didn’t have legal representation  during the Last Chane agreement is not convincing enough to declare the Last Chance Agreement is “unenforceable.” 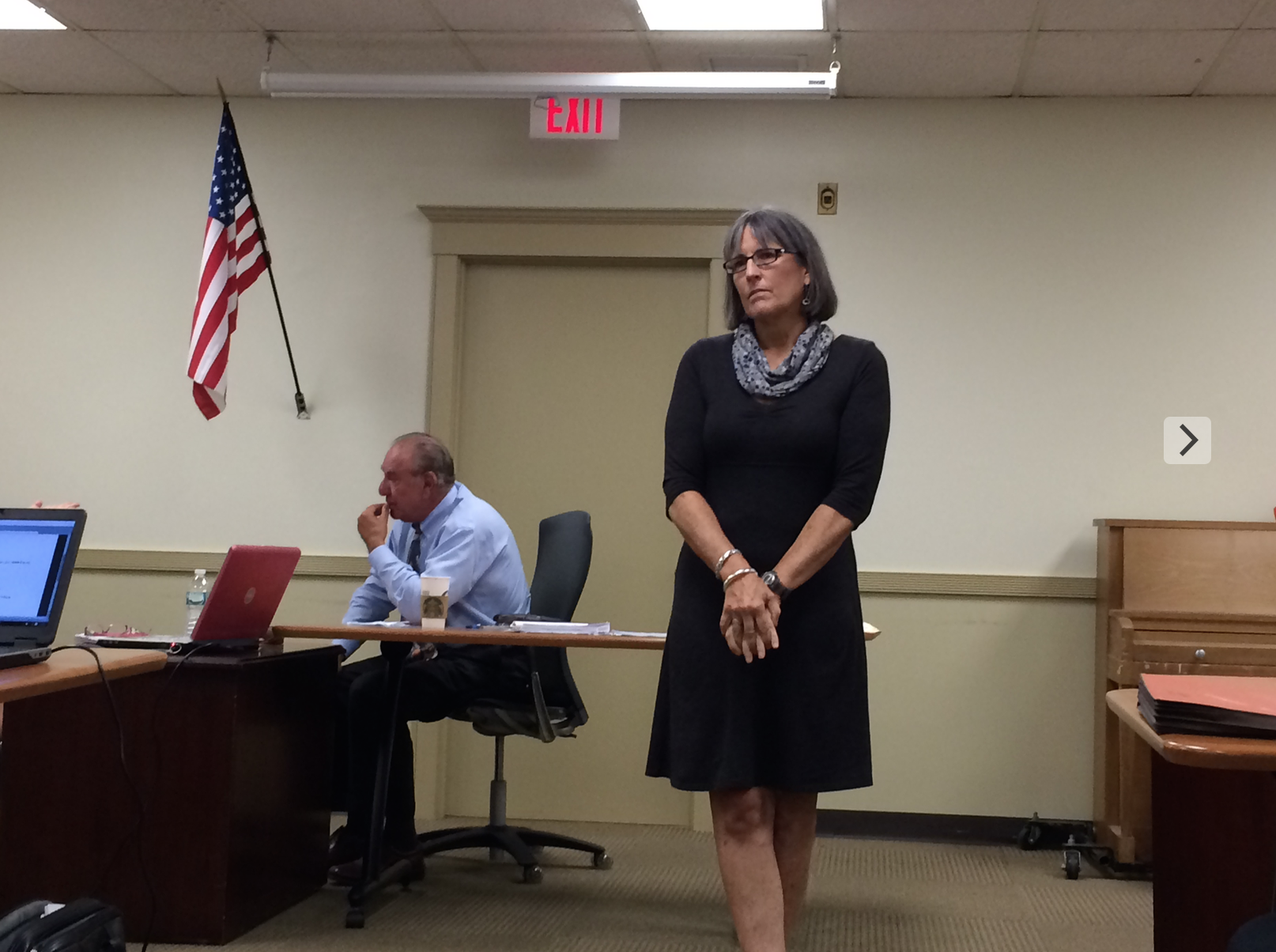 “Mr. Yoon himself elected to forego an attorney as is his right to do.” Furthermore, he points out that at the time, Mr. Yoon admitted to acting unprofessionally and acknowledged needing to change his behavior,” Webber states, adding that therefore the Last Chance Agreement must stand.

On the matter of holding Mr. Yoon to a code of conduct that is erroneous and unauthorized, Mr. Webber did not accept the argument. He said the last chance agreement clearly and unambiguously sets out the definition of ‘unprofessional conduct,’ and that, the sole question is “whether the Grievant violated the Last Chance Agreement…”

Mr. Webber did, however agree with Mr. Yoon’s assertion that any incidents of unprofessional conduct before the Last Chance Agreement are not “determinative,” and that therefore it is the two complaints – that of Student A and B – that must be examined to determine if Mr. Yoon violated the Last Chance. 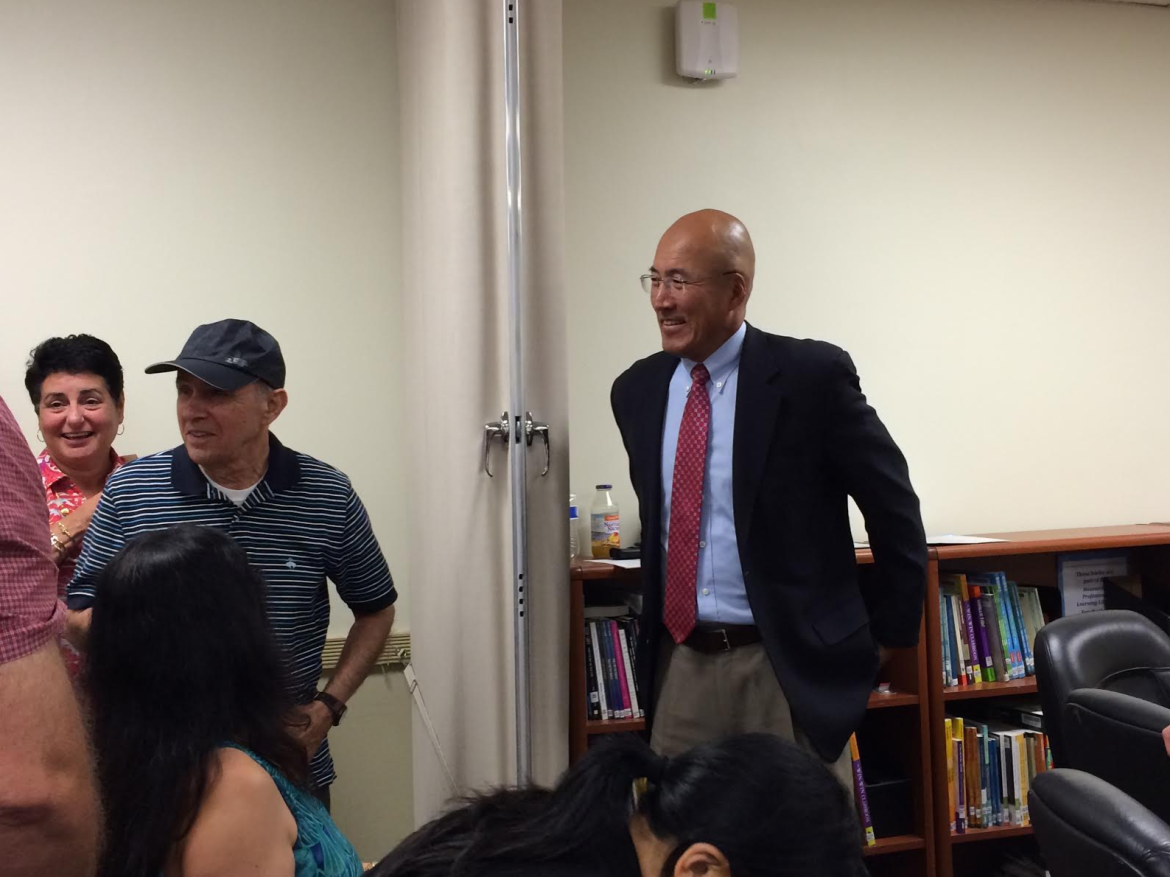 Webber said that in the case of Student A, Mr. Yoon’s recommendation to Student A’s father that the boy drop band would have meant a failing grade for the boy. “In addition, Yoon regularly criticized Student A during class, referring to him as a negative example…and was found by the boy’s father yelling in ‘an intimidating manner,’ standing over the boy and screaming at him.”

Also, Webber said, “…punishing Student A by removing him from section leadership position in Wind Ensemble for a perceived infraction in the unrelated Jazz Enemble is antagonistic…” and “using him as a negative example is demeaning and antagonistic… His actions against Student A were certainly rude, antagonistic and demeaning.”

The hearing officer said if it had been a hearing against a teacher accused of unprofessional, antagonistic and rude conduct and there had been no Last Chance Agreement, the situation would have been different. “His antagonistic and rude actions are sufficient to trigger the strict discipline of termination,” Webber said.

With Regard to the complaint of Student B that Mr. Yoon had humiliated her and shouting, “I don’t care if you quit band!” in front of other students resulted in her finding band a very, very negative experience.

Mr. Webber said he found it interesting that Mr. Yoon did not apologize for his treatment of Student B, but rather goes on the offensive, claiming she had behavioral problems.

Mr. Webber concludes his recommendation by saying any teacher’s first duty is to empower students to learn and succeed. “To be rude to a student, or threaten or antagonize a student or embarrass or intimidate him/her in front of others is not professional conduct.”

“To Mr. Yoon the music production was important. A lesser value was given to the student,” Webber said, adding that Mr. Yoon claimed the right to be heard by an independent and impartial hearing officer. “He was fully aware that termination would result if he violated the Last Chance Agreement….and was afforded due process.”

Next steps. The Board of Education has scheduled a Dec 9 meeting to discuss the report, and a final decision must be made by Dec. 22.