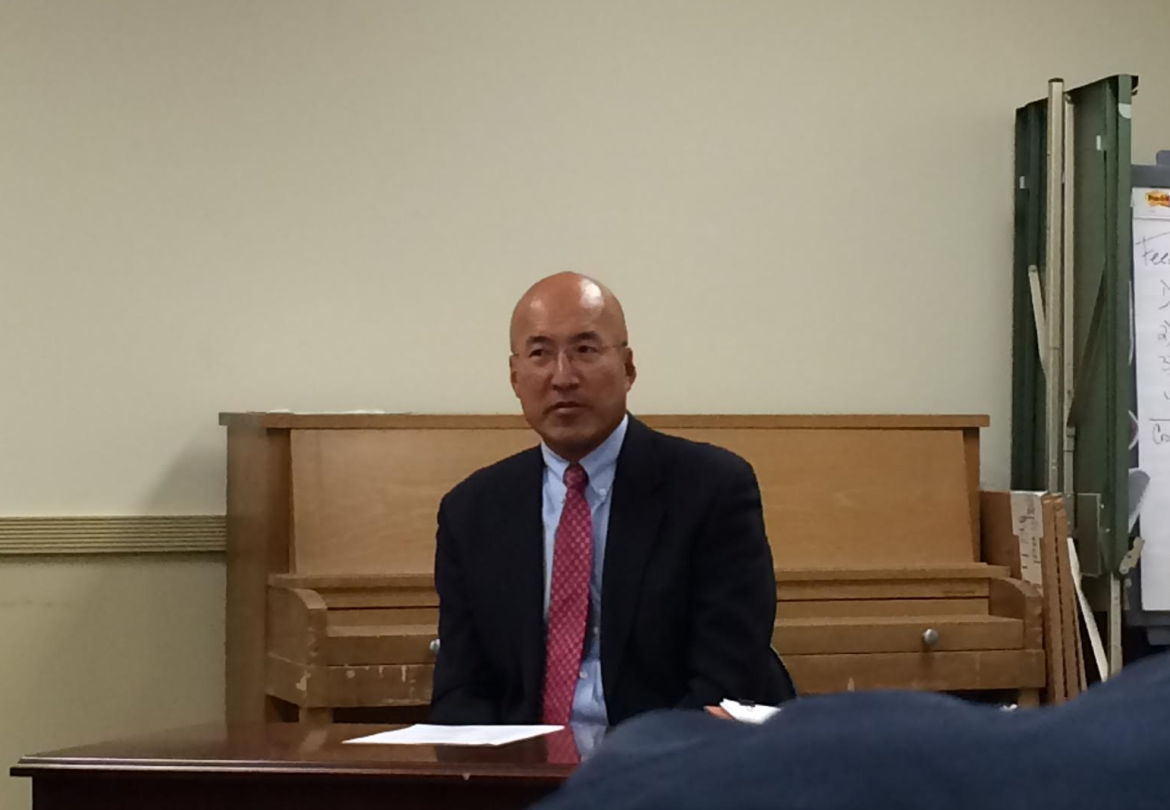 Heads up to those who are attending band leader John Yoon’s public hearings to determine whether he will keep his job at GHS. Monday’s hearing (Sept. 21) at Havemeyer will start at 10:00am instead of 10:30am.

The original six days of hearings have all taken place, but three additional hearing dates have been added: Sept. 21, Sept. 28 and Oct. 8.

Back in July, the first day of hearings drew a crowd whose numbers have hardly dwindled after six full days of hearings. Many in attendance are longtime band parents wearing buttons to indicate their support for Mr. Yoon.  On the first day, the Board of Education meeting room, which holds just 70 people, filled to capacity and latecomers were instructed to wait outside as GHS security monitored the numbers.

Day 1 saw GHS headmaster Dr. Winters was sworn in. “I was very committed to him being successful as the band director of Greenwich High school,” he said of Mr. Yoon, acknowledging that the band teacher had made a significant contribution to Greenwich High School.

“A major priority for me, knowing his past record and wanting him to be very successful, was I felt if I could coach him in various ways that he would maintain a successful program,” Winters said. 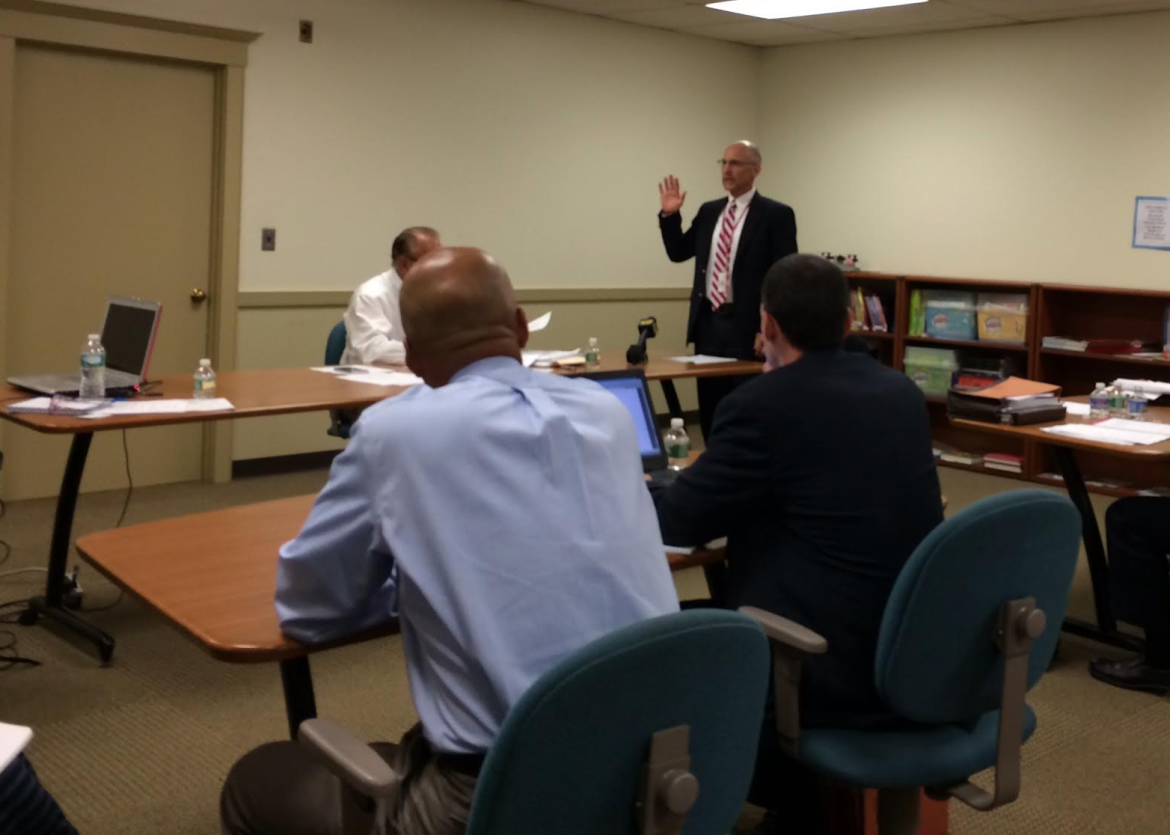 Mr. Yoon’s attorney Dan Young questioned Dr. Winters repeatedly about the timeline with regard to the “Last Chance Agreement” the band teacher signed in 2014, and emails between himself and Dr. Lichtenfeld, former head of human resources for Greenwich Schools, all of which, he argued, show that the decision to fire Mr. Yoon, was made before any attempt to investigate the complaints from parents of Student A and B.

Dr. Winters said Student B talked about being “screamed at” and described her experience with Mr. Yoon as humiliating and hurtful. With regard to the professional code of teachers, Dr. Winters said he supported Dr. McKersie’s decision to fire Mr. Yoon and used the term “collective bullying” and “outcast” to describe how the band teacher punished students in front of their peers, and even consulted the class as to whether Student A should leave the group. Specifically, Dr. Winters objected to how Mr. Yoon publicly demoted a student by handing his replacement the sheet music. 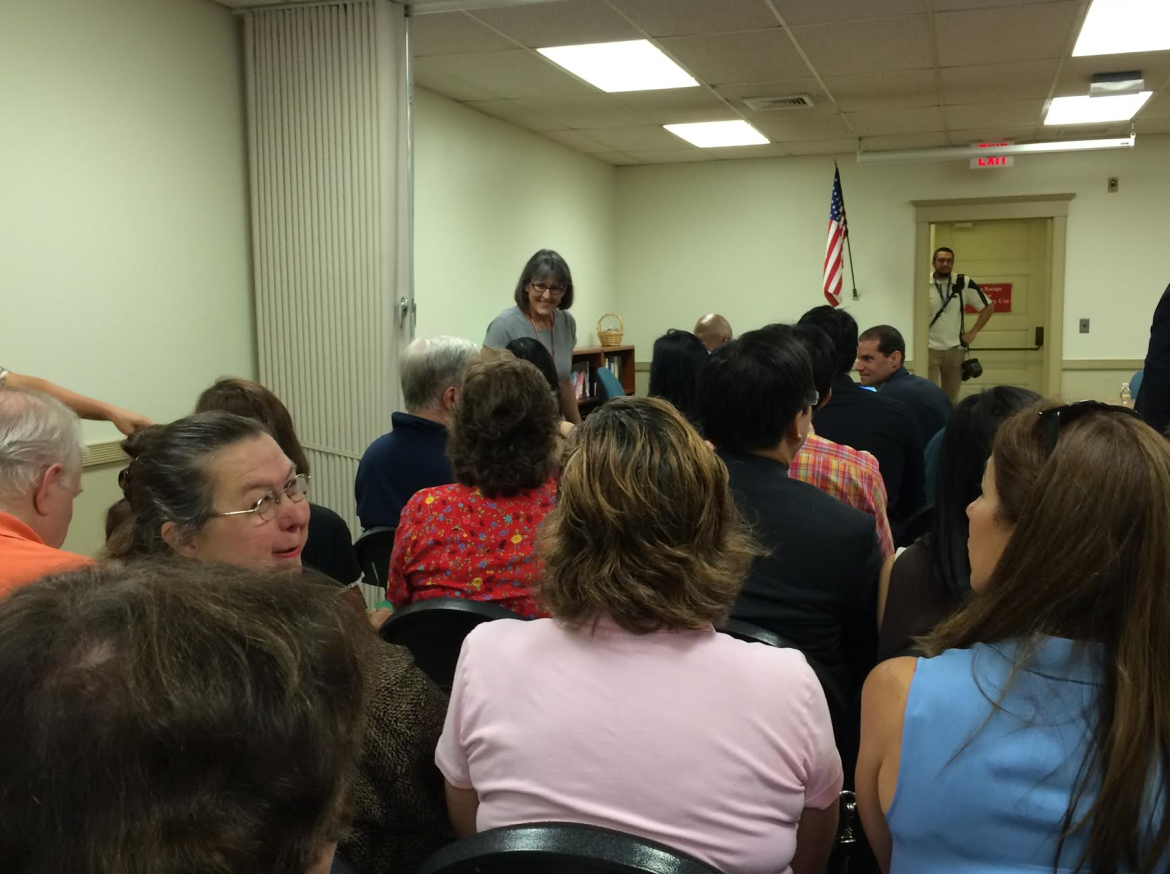 On Day 2, Dr. Lichtenfeld testified that he had been an advocate for Mr. Yoon in 2014, but now feels the teacher  should be terminated. He said that the complaints of Student A and Student B were taken at face value in mid March, but Mr. Yoon was not notified of the complaints for six weeks, despite language in the teacher union contract that they shall be notified promptly.

Mr. Lichtenfeld, who had a career as a teacher and administrator in New York that culminated in an eight-year run as Superintendent at Katonah-Lewisboro School District,  said that in Greenwich, he didn’t always get involved when there was a parent or student complaint about a teacher.  He said that investigations of this sort are typically done by the administrator in his or her particular building.

Repeatedly, Dr. Winters said Mr. Yoon’s behavior was in violation of his professional responsibilities because he should have met privately with the student first prior to administering a public punishment.

Both Dr. Winters and Mr. Lichtenfeld said that the investigation was limited to the word of Students A and B and their parents.

On Day 3, the bulk of testimony came from Student A’s father who said his trumpet playing son’s junior year included four hours of sleep a night, four AP Classes and the balance of classes at honors level.

Also, on Day 3, Professor Michael Mossman testified as a witness for Mr. Yoon. Mossman is a professional trumpet player, music composer and arranger whose credentials included a Grammy nomination for instrumental arrangements. He has 20 years of service as a “clinician” for Yamaha’s band and orchestra division, where he travels to work with college and high school bands. Mossman also runs a graduate jazz program at Queens College.

Professor Mossman testified that there is a strong difference between being a director of a band and being a teacher of an academic subject. Asked by the Superintendent’s attorney whether that meant making decisions “on the fly,” Mossman said, “That’s why you are there. Music is all about the moment.” 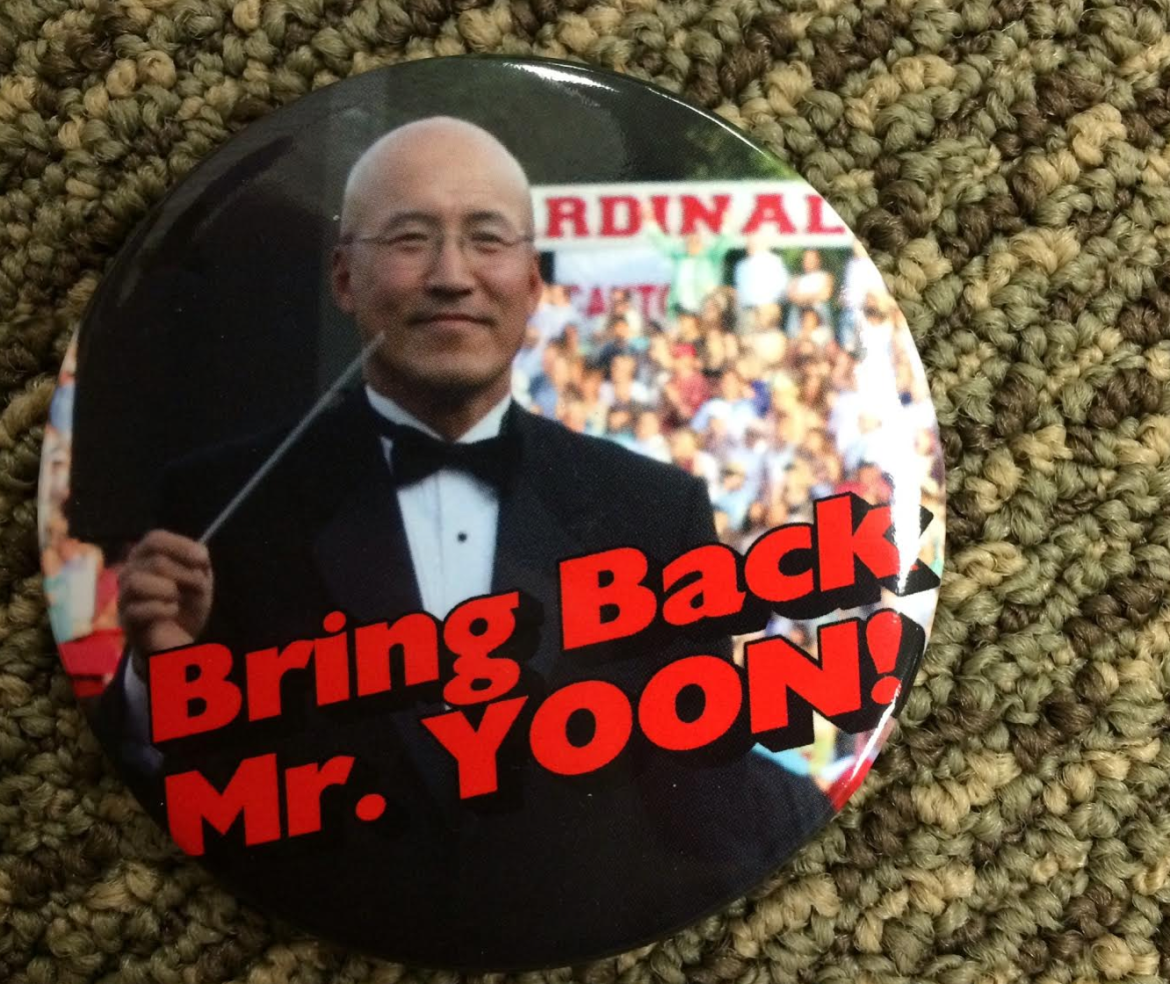 On Day 4, the last day of August, Student P took the witness stand for several hours, describing Mr. Yoon’s behavior in superlatives and categorizing Student A’s behavior as disrespectful to Mr. Yoon and the entire band. Student P described the job of section leader as “a chore,” not unlike herding cats.

Dr. McKersie said the behavior of Student A was not at issue, but “how” discipline was meted out. The Superintendent repeatedly said it was emotionally abusive to remove Student A of his position as section leader without notice. He said parents should have been brought into the situation earlier and there should have been warning in advance of the discipline action.

On Day 5, Band teacher John Yoon’s attorney Daniel Young questioned Superintendent McKersie for almost the entire day. While the Superintendent acknowledged there was a long lag in time between two winter complaints from parents and a decision in writing to terminate Mr. Yoon on June 12, he suggested that if Student A’s behavior was so disruptive and disrespectful for so long, Mr. Yoon should have engaged with the administration and parents promptly. “Speed matters,” he said. Several people started laughing in the audience because the Superintendent had just acknowledged the long gap in time between the parent complaints and Mr. Yoon being notified of his termination.

Also, on Day 5, Mr. Yoon’s attorney went through the Statement of Reasons for termination one item at a time, debunking and deconstructing many of them.

On day 6, Dr. McKersie insisted again the band director’s singling out of students in front of peers was unprofessional. On his part, Mr. Yoon, who finally took the stand, said there is a difference between being a teacher and a band director. He said no one had ever criticized the teaching technique of having a student perform alone in front of peers.

Watch for coverage of Day 7 on Greenwich Free Press. 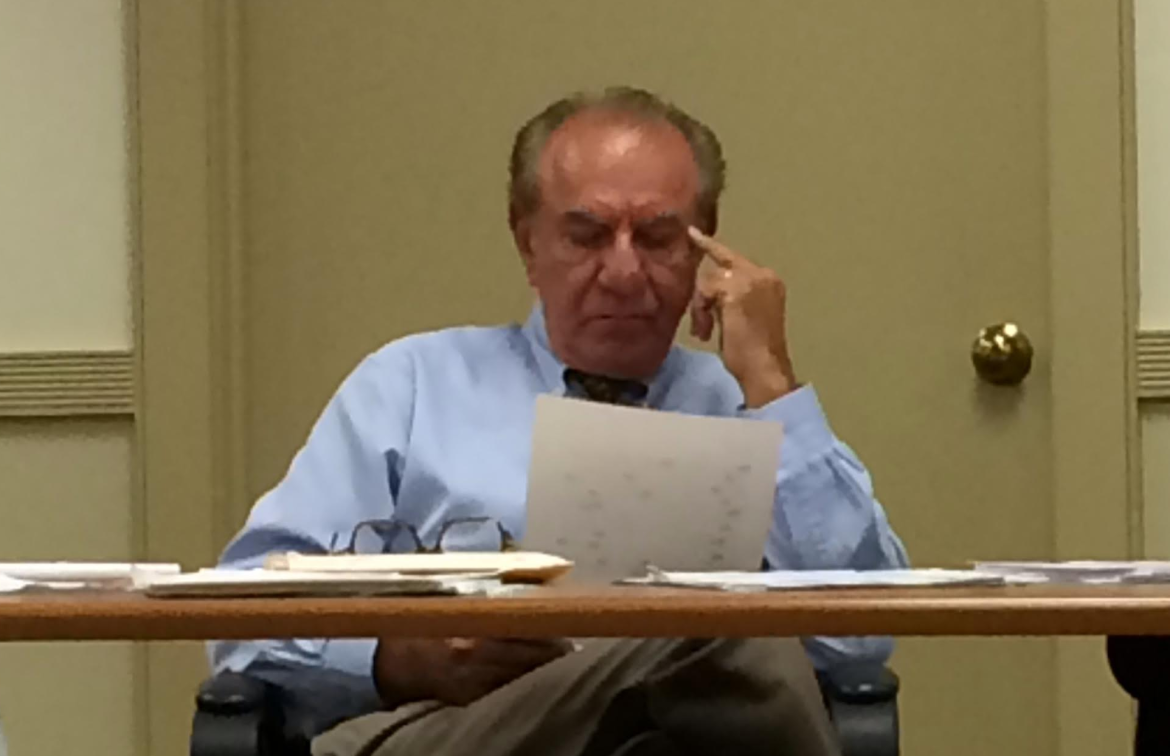