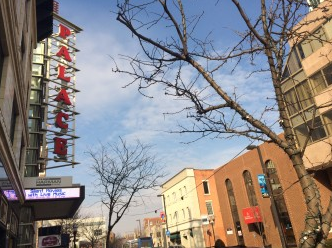 This article originally appeared on StamfordBuzz.com

As Mia Schipani, the Palace Theater‘s new director of business development, sits in the lobby, she notices a passer-by peering through the window and then reading a poster ad for an upcoming performance.

“People walk by all of the time and look through the windows, but I don’t think they have any idea of what we offer here,” she told Stamford Buzz. “And it’s a shame because this theater has such a rich history.”

But with a focus on reviving that history, expanding the theater’s artistic and cultural offerings, finding new ways to utilize the well-adorned building and making it a resource for educational and career growth, Schipani hopes to change all of that.

Schipani, who previously served as vice president of business development for Hotel Zero Degrees, was hired in March by BT McNicholl, the theater’s new producing artistic director. Although McNicholl is based mainly in Manhattan, he became aware of Schipani’s reputation for building strong connections with businesses large and small in Stamford.

“There was no role for me here with the theater, but BT was very intuitive, identified what I could bring to the theater and created a role for me because I’m a native Stamford person that has developed and cultivated meaningful relationships,” she said. “And BT is an idea person, which is what got me excited to take the job.”

And besides McNicholl’s vision for the future of the theater, Schipani said she couldn’t pass up working for a non-profit organization for the first time in her career and working in the arts & entertainment industry, which she was loved and participated in since she was a child. “Since I was in kindergarten, I played instruments, took singing lessons and my parents put me into every art program available without having to go into New York City,” she said.

New Series, Performances at the Palace

While Schipani has a long list of goals that she and her team would like to accomplish for the Palace, the one that seems most urgent is getting more residents from all walks of life through the doors. The theater has been holding focus groups over the past few months to find out what residents would like to see and how much they would be willing to pay to see it.

“What a lot of people don’t realize is that our goal is to break even,” she said. “Good talent charges a lot of money and this theater has 1,600 seats. We ask them things like ‘How much would you pay for a Kenny Loggins concert? Would you pay $75 or $100?’ We then have volunteers tallying up the responses in this large spreadsheet. My job is to get people to sponsor all of these shows, so that we can continue to bring arts to the community.”

While the Palace is currently home to the Stamford Symphony, the Connecticut Ballet, the Ballet of Stamford, the Stamford Philharmonic, and the Namaskar Foundation, the focus groups have revealed that residents seem a bit confused by the theater’s core mission.

“I’ve recognized how dark [the Palace] has been,” she said. “This should be the center of the community. We are a performing arts center — we are not here to provide rock concerts. We are here to provide inspirational and aspirational performances and, right now, we are trying to uncover what the different ethnic groups and audiences there are in the area, so that we can try to create programs that mirror what their desires are.”

New series at the Palace this past season have included “Jazz Alley” and “Showcase 61” in the upper lobby (also known as “Upstage”), and “Playtime at the Palace,” which is targeted towards families with young children. “Showcase 61″ in particular is a departure from the Palace’s previous offerings because it brings indie musicians from across the area, including New York City, and seeks to create a Manhattan nightclub feel featuring craft beer and wine served on small candlelit tables. The series’ most recent performance gathered area musicians to perform the 70s rock and soul tinged “American Hustle” movie soundtrack.

According to McNicholl, the Palace’s next season will add a cabaret series and a comedy series on the Upstage and nine new series on the main stage that include Broadway theater, indie music and holiday performances.

The Palace as a Community Resource

Schipani is also eager to foster the growth of the theater’s other mission: community outreach. She said that the organization is looking to expand its educational offerings in the form of summer and after-school programs that target underprivileged children as well as career development for college students. The Palace is currently partnering with marketing students at Sacred Heart University’s Graduate Center in Stamford to create sizzle reels for promotional materials, according to Schipani, and they are currently in talks with UConn-Stamford so that digital media students can “learn the business of show business.”

Schipani also wants to create an career development program that would foster the growth of female entrepreneurs in honor of the Palace’s founder Mary Vuono. “For a woman to have been a business owner back in the 1920s was so rare and inspirational,” she said.

Residents and business owners throughout Fairfield and Westchester counties should look at the Palace as more than just a performing arts center, according to Schipani, but also a beautiful space in which to hold corporate and private events.

“We are really working hard to enhance the space and create a more cutting edge environment. We have four spaces here for rent and the stage is a phenomenal place to hold an event,” she said. “We are much more exciting than a hotel. We can have a full production crew that could have people hanging from trapezes if that is what the customer requests. The space is that unique.” 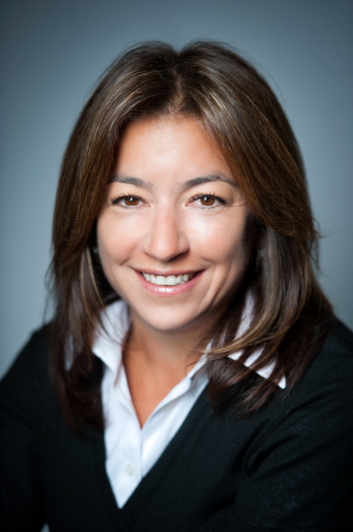