On Monday morning Frank A. Solomon was sworn in as the newest member of the Greenwich Police Department by First Selectman Peter Tesei.

Mr. Tesei, who has now administered the oath to a total of about 50 new officers, said that swearing in new officers is one of the most important and meaningful aspects of his job.

Solomon, who graduated from Iona with a BA in Criminal Justice, was on the Dean’s List all four years. Prior to becoming a police officer, he worked at an automotive retail store and in restaurant services and has a lot of experience in customer service.

Solomon, who was accompanied by friends and family, was presented his badge by his girlfriend Taylor Morton, a police officer in the 43rd precinct in the Bronx, NY. Also present was Ms. Morton’s mother Priscilla Morton, who retired as a White Plains, NY police officer after 15 years.

“Ever since I was a little kid, I looked up to the officers in my town,” Solomon said, adding that he grew up in Yorktown Heights, NY. “I’m so excited. I like people and I’m eager to  get out there.” 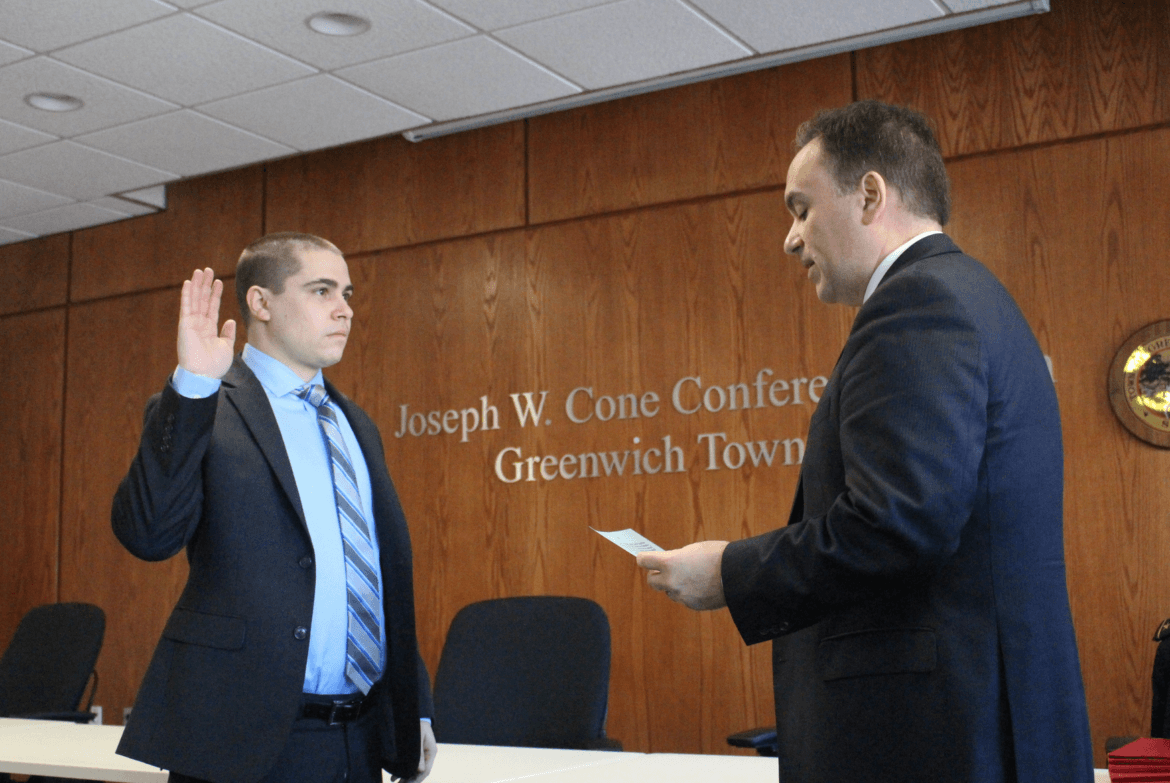 Frank A. Solomon is sworn in by Police Commissioner Peter Tesei who is also the First Selectman in Greenwich. Feb 6, 2017 Photo: Leslie Yager 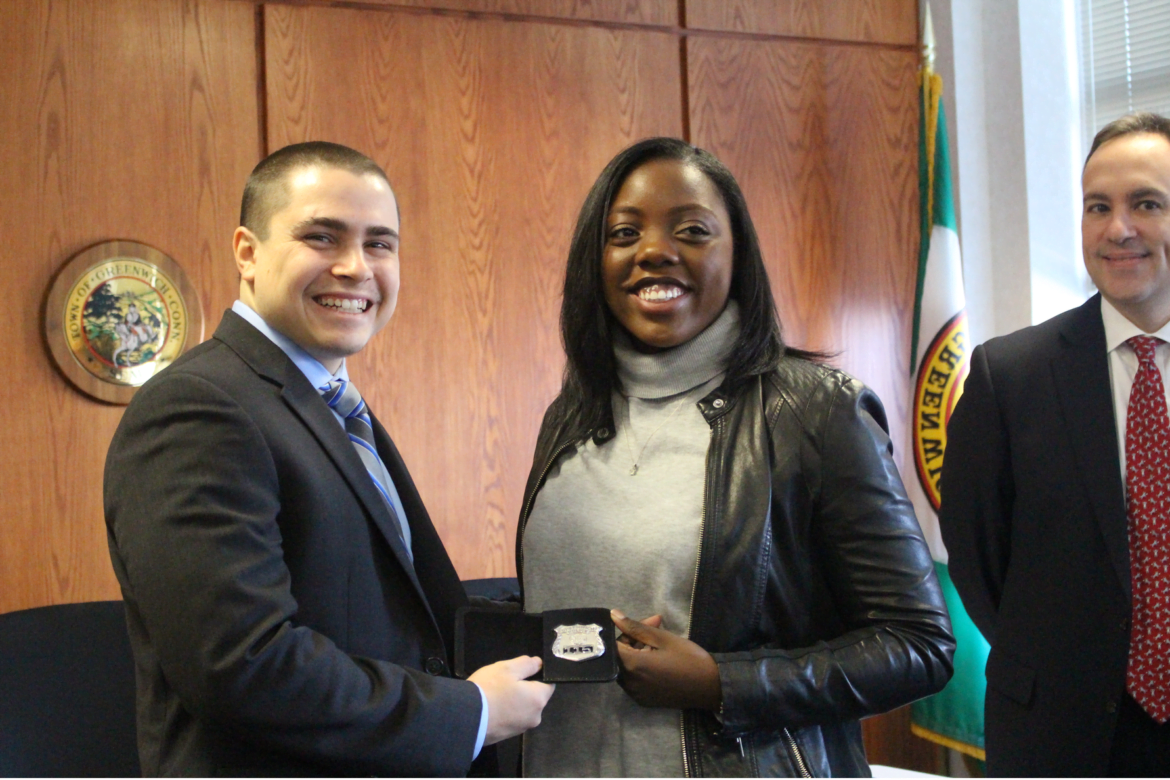 Frank Solomon is presented his badge by his girlfriend Taylor Morton at Town Hall on Monday, Feb 6, 2017 Photo: Leslie Yager