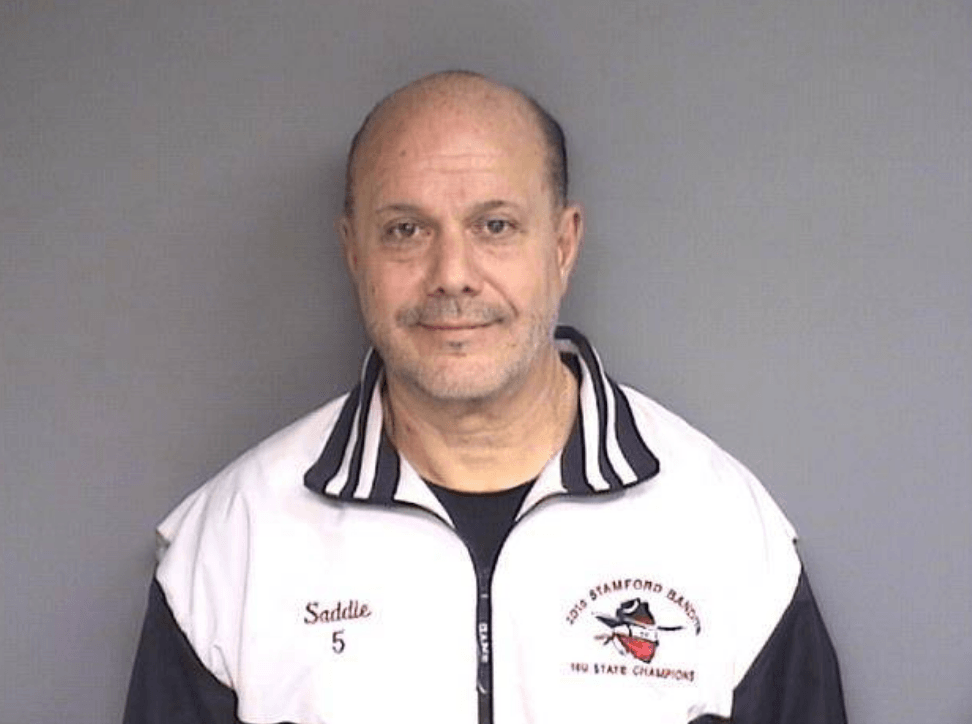 Pia is the President of the Stamford chapter of Babe Ruth Girls Softball.

The City of Stamford has received complaints about his suspected impropriety for many years.

Over the course of a year and a half long investigation, Investigator Heather Bozentko determined that Pia improperly utilized Girls Softball funds to pay for services to his personal vehicle and to pay utility bills at his home.

The total amount stolen from the organization was just over $1,500.

The organization’s federal 501(c)3 non-profit status was revoked in 2014 by the IRS.

This is an ongoing investigation and the Stamford Police are looking into other suspicious charges on the Girls Softball account, as well as attempting to identify where cash from raffles, concession stand sales, and other sources were deposited. During the course of the investigation, Pia was unwilling to provide any explanation of the charges or show the accounting and other business records for the organization.

Stamford Police are asking that anyone with information on the financial workings of the Stamford Babe Ruth Girls Softball organization to contact Investigator Heather Bozentko at (203) 977-4407.

The Stamford Police would like to recognize the hard work and extensive hours that Investigator Bozentko put into the case.