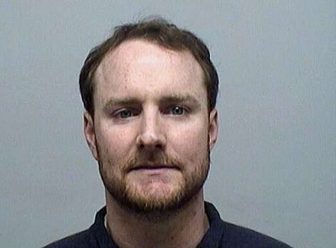 A Stamford middle school teacher and coach was arrested by warrant on Friday by Stamford Police Dept.

Mr. Kelly was a math teacher and coach at Cloonan Middle School.

He has also been a coach in Greenwich Public Schools.

Sasha Houlihan, director of communications for Greenwich Schools said most recently, Mr. Kelly was the Freshman Team’s Boys Basketball Coach at Greenwich High School for the 2018-2019 winter season (beginning of December 2018 to the end of February 2019), and he served as the Coach for Eastern Middle School’s Boys Baseball Team in the Spring of 2019.

Prior to that, Kelly had coached basketball for several years at Eastern Middle School.

“He is not a Coach for this current school year at any Greenwich Public School,” Houlihan said, adding, “At this time, the affidavit is sealed, so we do not have any additional information beyond what is available to the general public; we have reached out to Greenwich Police Department given their close relationship with Stamford’s Police Department to ensure we are notified should any other details become available.”

Stamford Police developed Kelly as a suspect back in August and the Stamford Board of Education put him on administrative leave.

Search warrants were executed at Kelly’s home in the Westover neighborhood of Stamford on Aug 21. Police found 150 pornographic images on about 30 seized devices and took months to comb through the devices.

Police also discovered two voyeuristic videos involving two teen female victims. One video was in the home of one of the victims and one was in Mr. Kelly’s home. Police tracked down the victims by searching social media.

Anyone with information on this case can contact Stamford Police Special Investigation Juvenile Offenses Unit, which investigates all crimes where the offender or victim are juveniles, at (203) 977-4639.