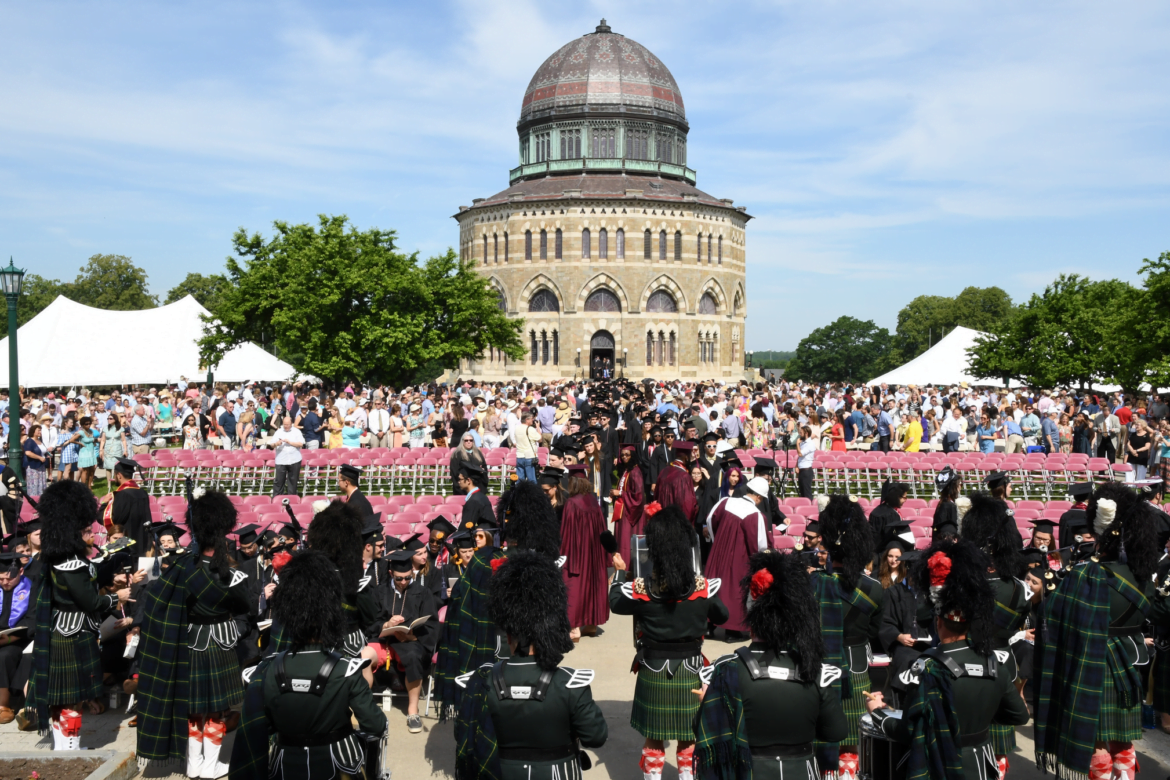 Students from your area graduated from Wesleyan University on May 28, 2017, including:

Edward Shabecoff received a BA in College of Social Studies.

Gregory Lurito received a BA in Economics and Psychology.

Wesleyan University is a private, non-sectarian liberal arts university in Middletown, CT. Founded in 1831, the school enrolls 3,000 undergraduates and 200 graduate students. The campus overlooks downtown Middletown and the Connecticut River.

University of New Hampshire held its Commencement ceremony on May 20, 2017, in Durham, NH.

Luke Vartuli graduated with a MS degree in Electrical Engineering.

Kevin Cunningham graduated with a MED degree in Secondary Education.

Eastern Connecticut State University’s annual graduation ceremony was held at the XL Center in Hartford on May 16 with 1,180 undergraduates and 58 graduate students receiving their diplomas.

Jenny Cespedes graduated with a Bachelor of Science in Business Administration.

Ryan Ashley graduated with a Bachelor of Science in Business Information Systems.

Jennifer Madinabeitia graduated with a Bachelor of Science in Biology.

More than 40 percent of the graduates were the first in their families to earn a bachelor’s degree. As Connecticut’s only public liberal arts university, Eastern draws students from 163 of the state’s 169 towns.

Katherine Chapin received a BS in Game Art and Animation.

Founded in 1878, Champlain College is a small, not-for-profit, private college in Burlington, Vermont, with additional campuses in Montreal, Quebec and Dublin, Ireland.

Bucknell University presented degrees to 895 graduates at Commencement on May 21, 2017, including:

Greenwich residents were among the approximately 1,000 graduates who received their degrees at the University of Hartford’s Undergraduate Commencement on Sunday, May 21.

Keri Bozzuto and Todd Manning, both  communication majors in the University’s College of Arts and Sciences, received Bachelor of Arts degrees.

Union College, founded in 1795 as the first college chartered by the New York State Board of Regents, offers programs in the liberal arts and engineering to 2,100 undergraduates.

The University of Alabama awarded approximately 5,000 degrees during spring commencement which took place May 5-7, including Emma Sachs and Caroline Lee who were both awarded Bachelor of Arts degrees.

Christina Lynn Brown graduated with a degree in communication studies from James Madison University during the May 5, 2017 commencement exercises.

Also, Stefanie Iachetta graduated with a degree in education, 5th year format (MAT) from The Graduate School at James Madison University during the May 4, 2017 graduate school commencement exercises.

Kristin Sitarz graduated from the University of San Diego on May 28. Sitarz earned a bachelor’s degree in Finance.

The University of San Diego is a Catholic institution of higher learning committed to teaching, the liberal arts, the formation of values and the creation of ethical leaders. Chartered in 1949, the school enrolls approximately 8,300 undergraduate and graduate full-time equivalent students.

Alison Kach was among approximately 250 students who received diplomas at Marietta College’s 180th graduation ceremony on Sunday, May 7. Kach completed requirements for the Bachelor of Arts in Marketing.

Located in Marietta, Ohio, Marietta College is a four-year liberal arts college. Tracing its roots to the Muskingum Academy begun in 1797, the College was officially chartered in 1835. Today Marietta College serves a body of 1,200 full-time students.

Isabel A. Holland, who majored in environmental science, was one of 478 seniors who graduated from Colby College in Waterville, Maine, May 21, receiving a bachelor of arts degree at the college’s 196th Commencement. Former Vice President Joe Biden was the guest speaker.

Several Greenwich students graduated from Marist College the weekend of May 19.

Maria Ceci received a Bachelor of Science degree in Accounting.

Marist College is located in the historic Hudson River Valley and at its branch campus in Florence, Italy.  Though now independent, Marist remains committed to the ideals handed down from its founders, the Marist Brothers: excellence in education, a sense of community, and a commitment to service. Marist educates 4,700 traditional-age undergraduate students and more than 1,300 adult and graduate students.

Peter Raspe was awarded a bachelor of science degree in robotics engineering at Worcester Polytechnic Institute (WPI). Over 1,000 bachelor’s degrees were awarded during the university’s 149th commencement ceremony.

Griffin Savio received a Bachelor of Science degree from Curry College on Sunday, May 21, 2017 at the Commencement ceremony in Milton, Massachusetts.

Alexandra Zizzi received her Master of Science in Public Health on May 13, 2017  from the Gillings School of Global Public Health at the University of
North Carolina, Chapel Hill. Alex was also the recipient of the Jean G.
Yates Health Policy Award, given to the outstanding second year MSPH
student.