A row of houses on Milbank Avenue and one on Havemeyer Place were all posted for demolition this week, though, as of Thursday morning the Greenwich Dept of Public Works Buildings Division has yet to receive the demolition applications. 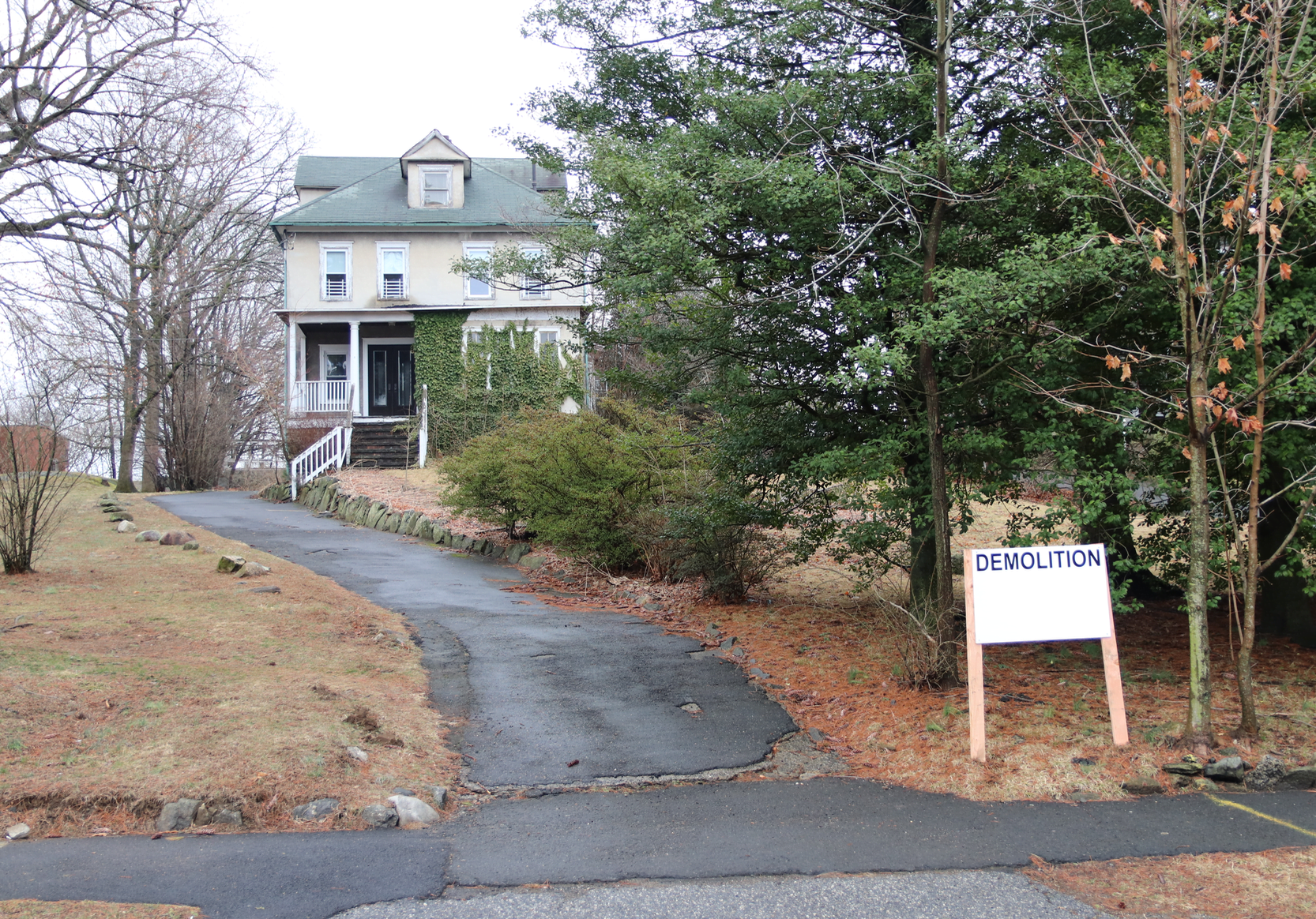 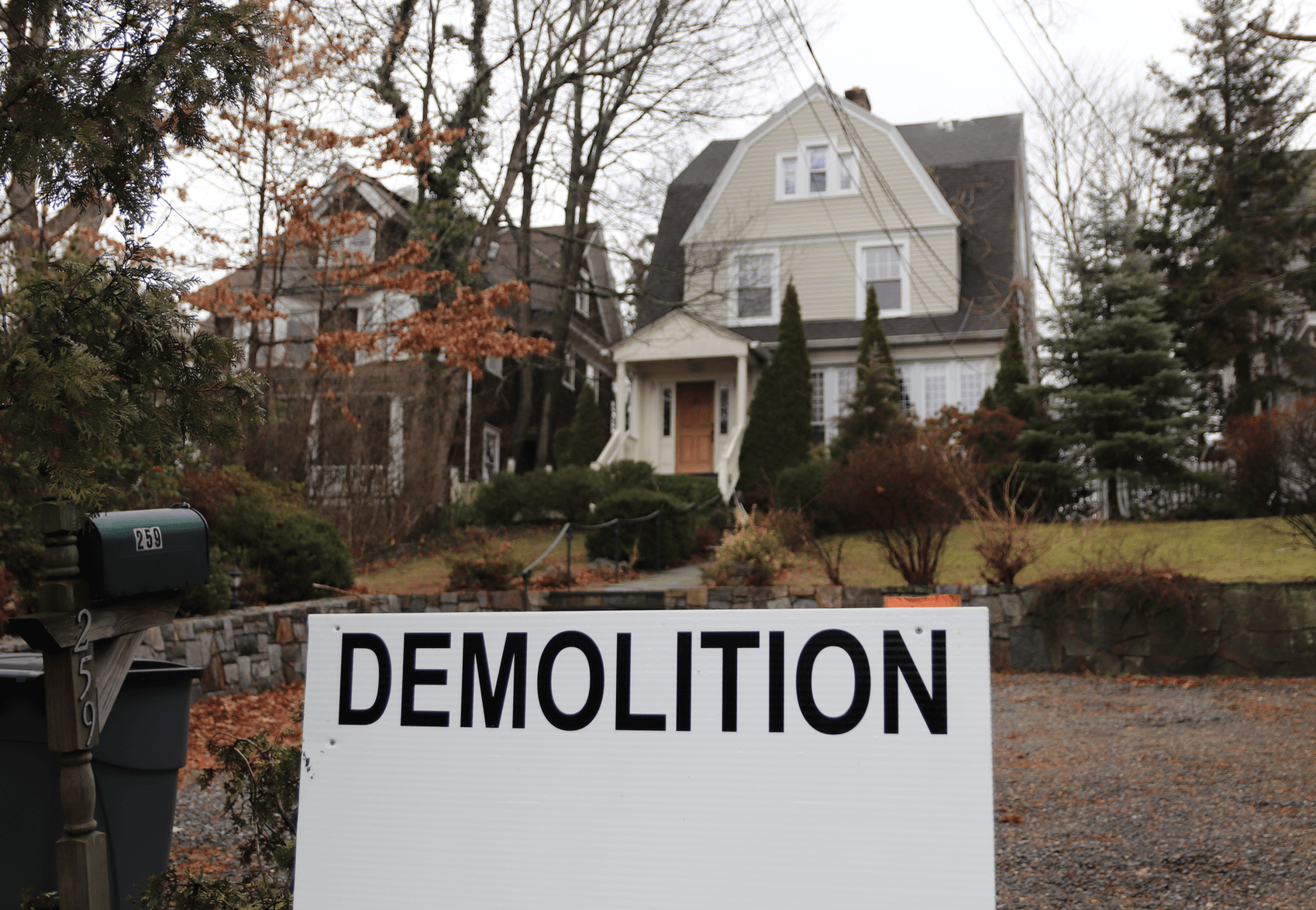 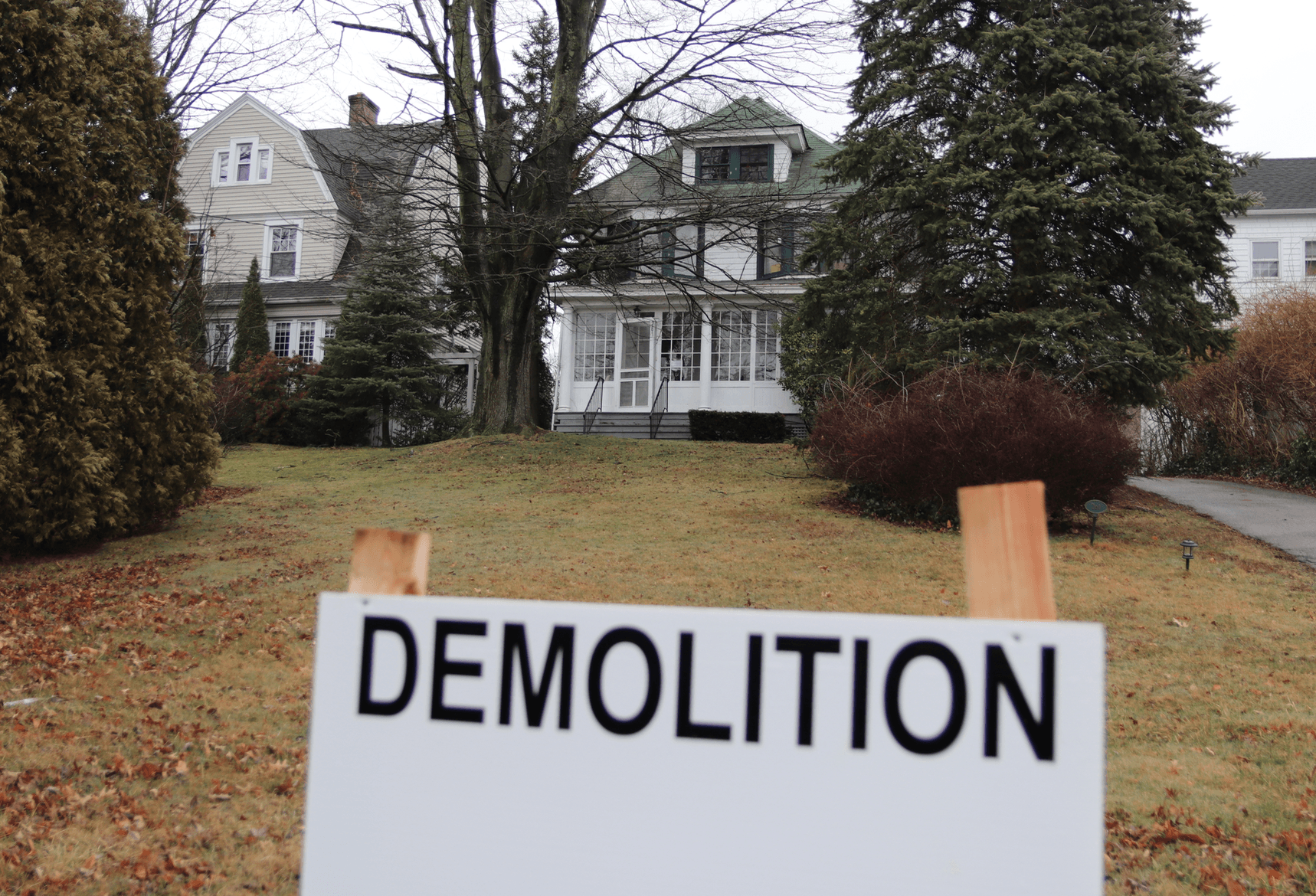 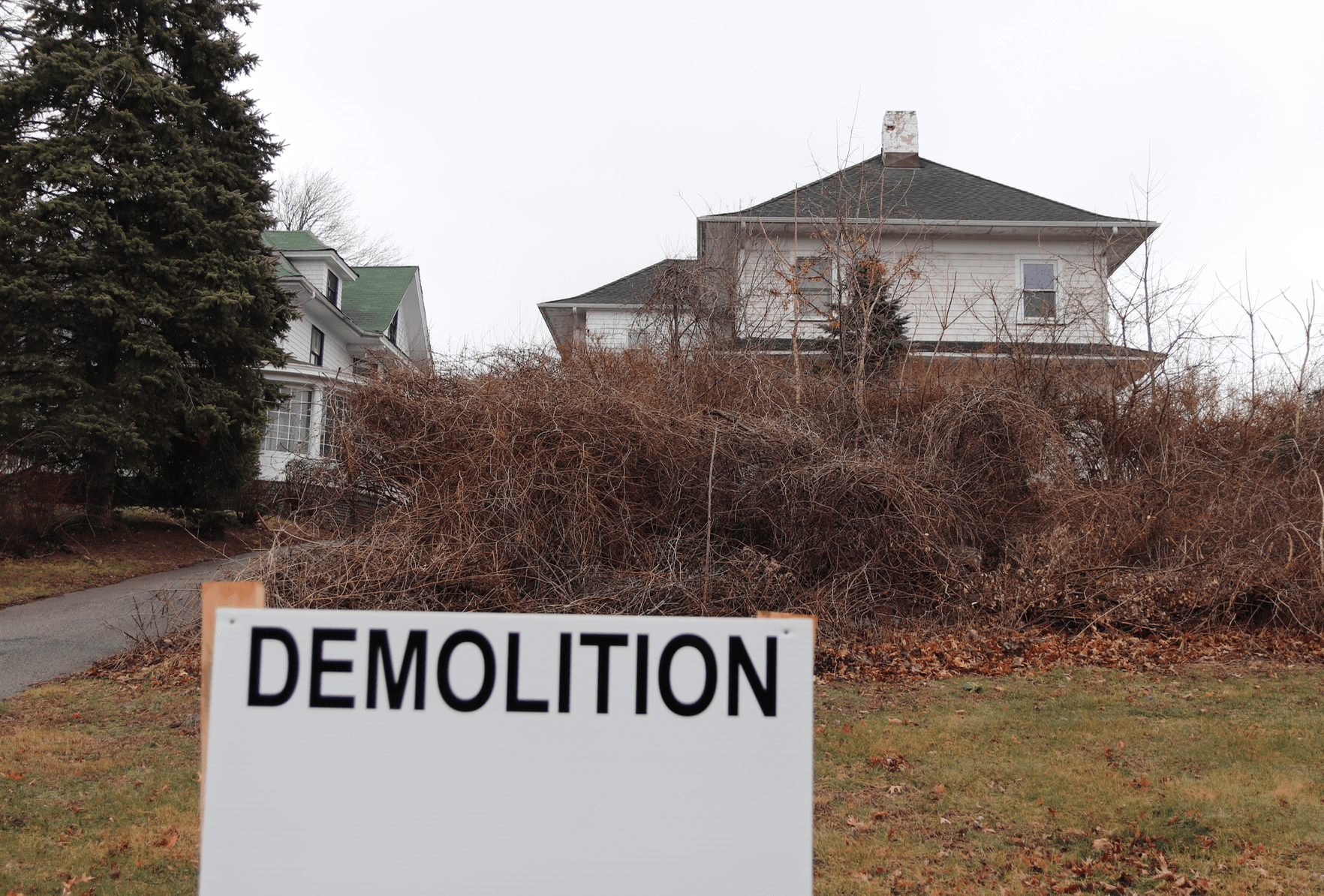 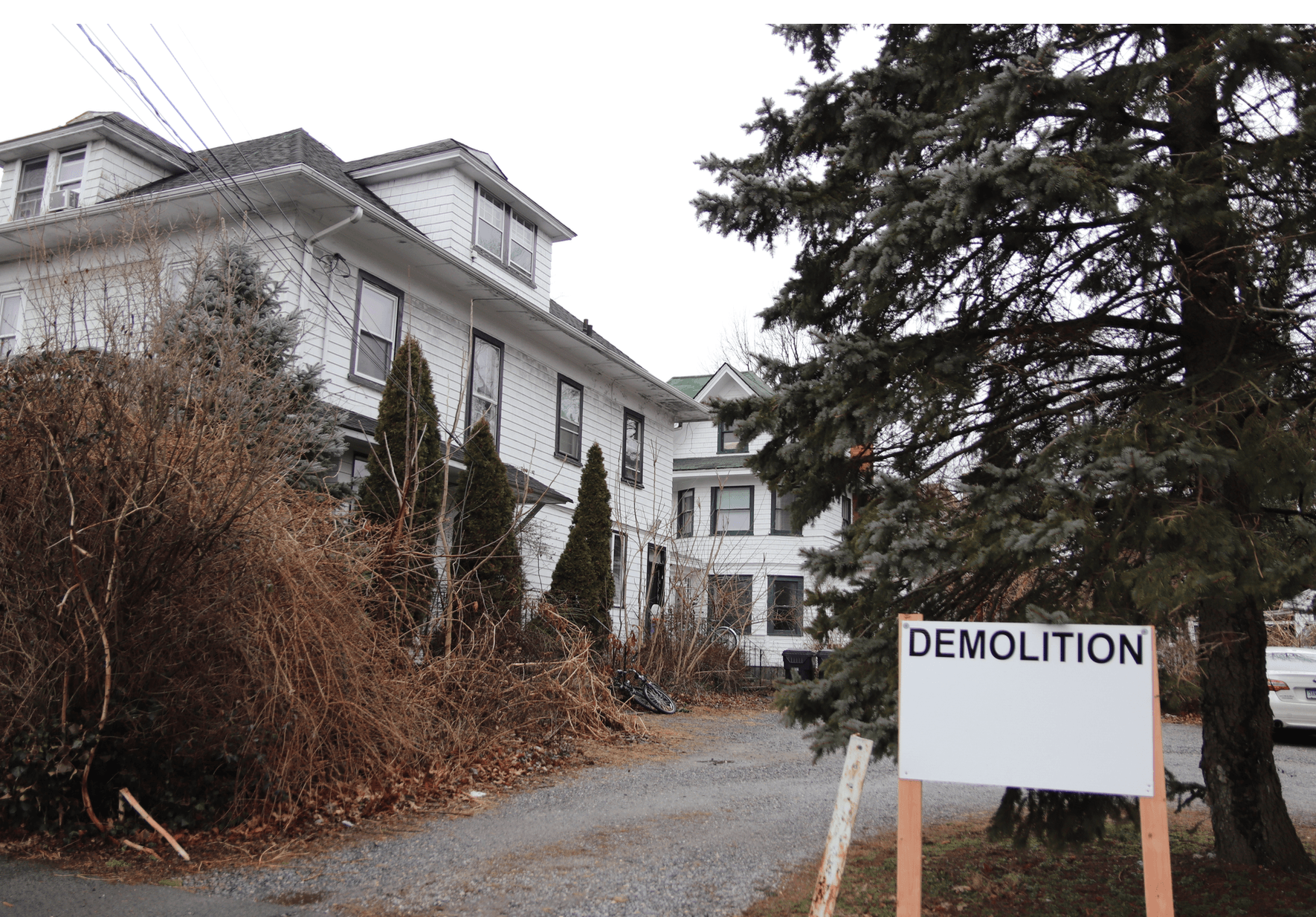 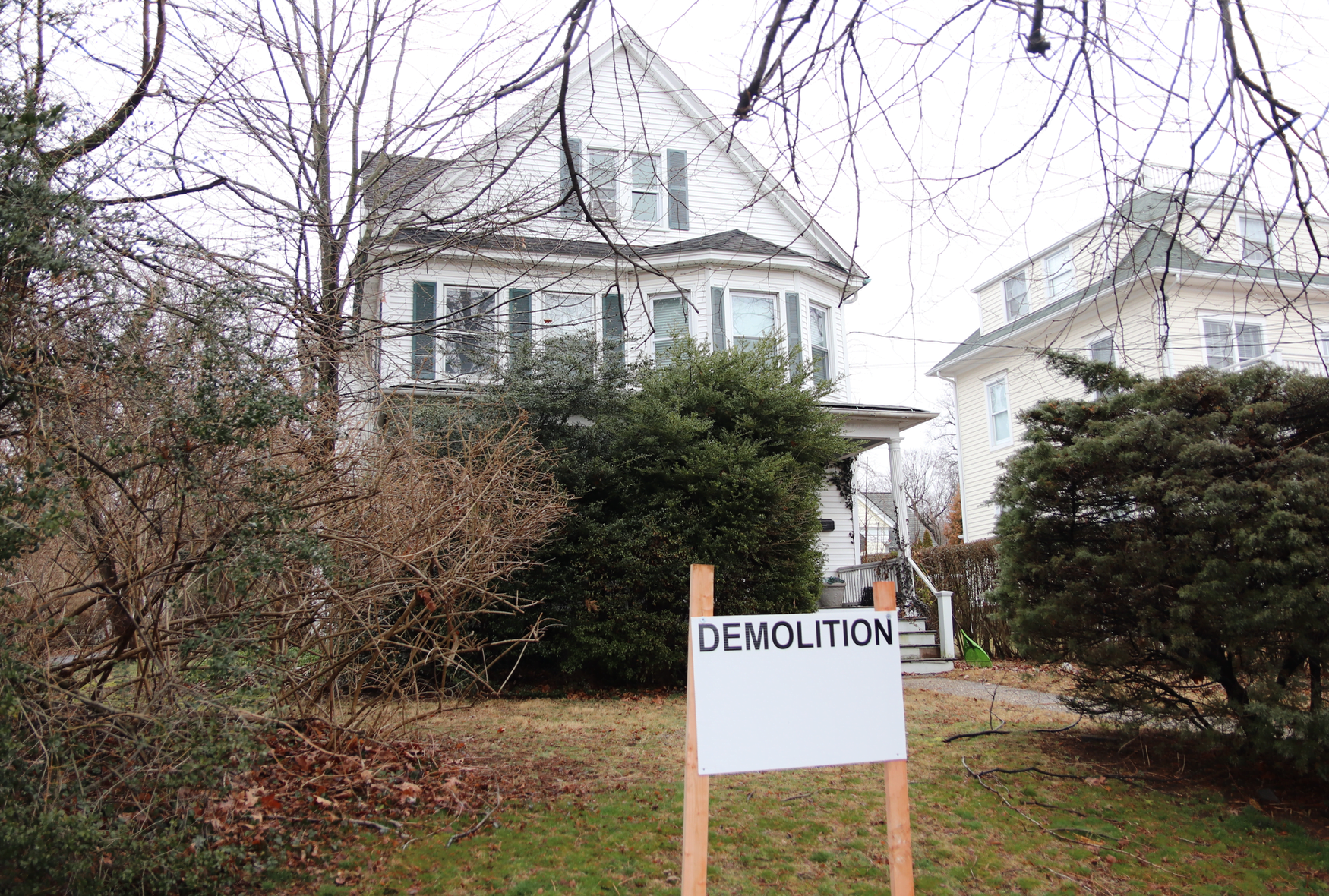 Therefore the 45 day wait period has yet to be triggered.

Because the homes were built before 1940, a written letter of objection submitted to the Building Division of DPW will trigger an additional 45 day stay of demolition.

All the houses are located in the R6 multi family zone, which allowed more than two family homes when the application was originally submitted to Planning & Zoning.

Since a proposal for a 19-apartment building to replace the row of houses was rejected by the Planning & Zoning Commission in 2017, the application wound up in court.

In November, P&Z voted to approve a “stipulation of settlement” for 30 units instead of 19, but the square footage is roughly the same, and the commission achieved a concession in that the building will be broken in half, separated by a glass atrium, giving the appearance of two buildings, and less massing. 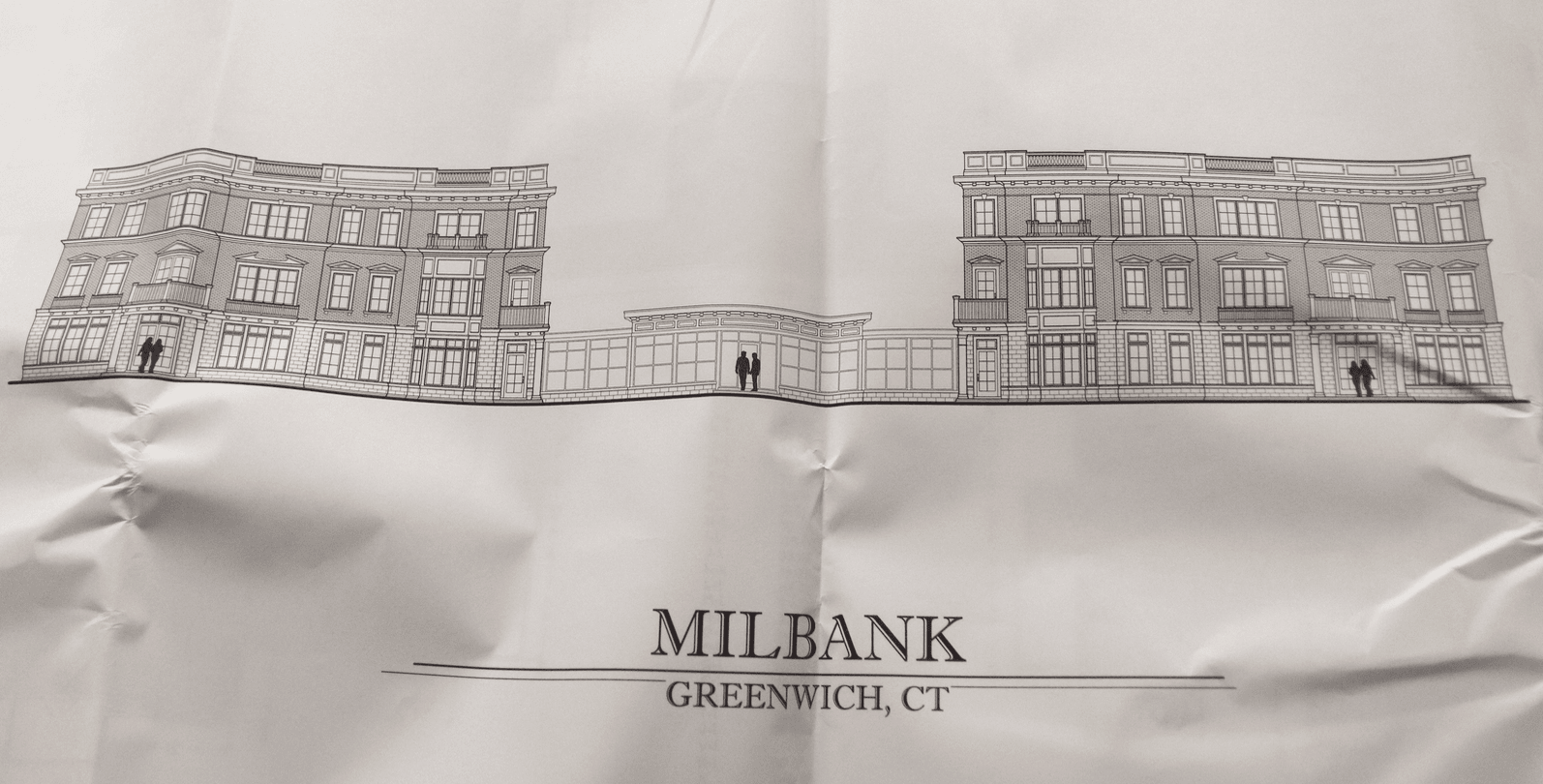 Also, per the stipulation, the parking at the apartment complex was increased from 53 parking spots to 70 parking spots.

But while there is more parking, the bedroom count did not change with the settlement, which means there should be roughly the same number of people living in the building.

Throughout the process it was understood that the applicant could instead submit the application as an 8-30g under the State’s affordable housing statute, which would have exempted them from local zoning regulations, and result in something even bigger and not necessarily having adequate parking.

When the P&Z commission balked in 2017, calling the massive building “backward facing” as the entrance faced away from Milbank Ave, the applicant argued that Agnes Morley Heights, built in 1973, a town owned building with 150 elderly apartments, set a precedent for the massive apartment building.

Before rejecting the application and the law suit,  the commission’s pushback was that the building would be situated on a prominent corner of Milbank Ave and serve as a transition from a group of historic buildings in downtown to the adjacent residential neighborhood to the east comprised mostly of single and two-family houses.

This week comments piled up on Facebook in response to the demolition signs.

“My parents bought the home for $20,000. It now must be worth more than 1 and half million dollars,” he wrote.

That is an understatement.

The most recent sale prices per the Assessor’s office are: 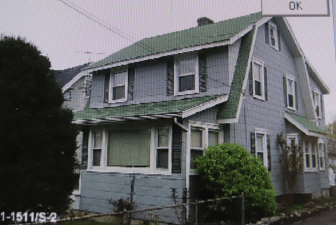 On Wednesday Maureen Busch-Terman posted a comment back saying, “Those homes are so stately and beautiful. Your memories of living there are so precious. What a shame the town sees fit to have them torn down. The character of the town will suffer.”

A former resident wrote that he moved to Delaware from Greenwich. “Whenever I got back to Greenwich, which is very rare, I am always saddened by the changes. I believe in progress but I also believe in nostalgia. Some things just need to be left alone. …I have been here 22 years now. It is so much cheaper to live here and I feel safe as well. I wish everyone who still lives in Greenwich all the best but I sadly say there are now better places to live that are far more reasonable and less expensive. …I love my home town and wish I could go back but it is no longer the town I grew up in.”

We will update this story when the the Building Dept is in receipt of the applications and announces the timeline including the date the permit is eligible for issue.