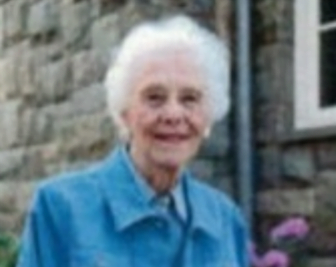 Gloria was born in New York City on May 7, 1922 to Royal Vale and Lillian Hart Heath. She was a graduate of The Putney School and Smith College Class of ’43, where she was a competitive and dedicated three-sport athlete, having competed nationally and internationally in women’s lacrosse.

A career of service as a Women’s Airforce Service Pilot (WASP) during WWII, she piloted B-26 bombers used for target practice at Grissom Air Reserve Base in Indiana.

Gloria was a founding member of the Flight Safety Foundation. She wrote a manual for mariners – how to for pilots how to ditch a plane in the water with the least damage to the hull of the plane.

She was awarded the Congressional Gold Medal in 2010 and was listed as one of the 100 most influential women in aviation and was also inducted into the National Lacrosse Hall of Fame in 2006.

For all her accomplishments during her amazing life, Gloria remained a humble and incredibly caring individual who sought only to help others.

She is survived by her dear friend Barbara Suthergreen and predeceased by her brother Royal Vale Heath Jr.

Memorial donations in her name may be directed to First Church of Christ Scientist, 11 Park Place, Greenwich, CT.